It started as many great things do: with hazy magazine scans. Robo posted the illicit Clark Kent photos way back in November 2019. Fifteen months later, in February 2021, I received my favorite figure of the year.

It’s been hard to be human for the last two years—and maybe more—if I’m honest. Between the pandemic, climate change, and about 100 other major issues, there’s more than enough dread to go around. For me, and probably for you, collecting toys is a way to escape that.

When I received Medicom’s MAFEX Superman, I posed it and put it on my nightstand. It’s still there now. It sounds silly, but whenever I walk into my bedroom, it sparks a little joy. It’s the smallest possible escape, but it’s an escape nonetheless. The “S” really does stand for hope, you know?

As I’ve gotten older, and largely less cynical as a whole, I’ve come to appreciate Superman. He’s unbridled optimism. He’s a reminder to strive to be better. He, like so many superheroes, is altruism personified. In year two of a global health crisis, that’s exactly what I needed. 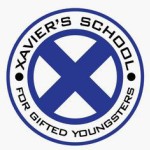