The Target Exclusive Captain Marvel hit Target.com and Target stores just in time for Marvel’s Captain Marvel to arrive in theaters this week. This is an interesting one because it’s basically a two-for one figure as the box includes parts to make Starforce member Minn-Erva as well. Let’s take a look!

I do appreciate the way Target handled this exclusive. It was super easy to get my hands on two of these almost immediately through Target.com. I know I’m in danger of sounding like an ad for Target here, I can’t recall a simpler transaction for an exclusive figure, heck even a Target exclusive. I wish tracking down my Black Series Gamorreans had been this easy.

The two Carol Danvers heads are familiar if you picked up the Previous Marvel Legends Captain Marvel figure. The unmasked head is pretty much the same and the masked head is repainted in the Star Force metallic Blue-Green and black colors.

It looks to me to be movie accurate based on the limited Captain Marvel promotion I’ve seen, so I’m not knocking the repaint. This is re-use that makes 100% total sense.

The Minn-Erva head sculpt has a mask sculpted on, and I don’t think I’ve seen footage of Minn-Erva actress Gemma Chan wearing the mask, so I wonder if this concept art based or something I just haven’t seen yet.

She has one of those side shaved head haircuts that is pretty striking and bright blue skin as befits a Kree character, but the hair doesn’t match what I’ve seen of the actress so far. I think this one of those cases where they had to work from concept art that didn’t make into the final film in order to meet production deadlines. I suppose she could also change her appearance in the film and I could be completely wrong too! I don’t feel like the likeness is really that strong for Chan either, but to be fair, I don’t know her face that well.

The weapons belt and scarf go a long way toward making it feel like a new figure and both are cast in a fairly flexible plastic. The belt kind of looks like there might be a holster at the end, but it’s not open and nothing can go in there.

The blaster has a cool sci-fi look to it, fitting for the cosmic MCU we’ve seen thus far. It’s cast in a light grey semi-metallic plastic that holds it’s shape well.

The grip hands both have in/out articulation and I think I would have preferred an up/down hinge on the trigger finger for a more convincing gun holding pose. The hand is pretty soft plastic, so the gun does wiggle around in the grip a little.

The articulation is still impressive on this figure. I especially like that she can look up really well as that is helpful for flying poses.

The paint is mostly good and I like the metallic blue-green, though I had missing silver trim paint hit on one of the shoulder pads, a scratch on one of the masked Carol Danvers noses, and some crud on one of the Minn-Erva head sculpt. Since I had bought two figures, these paint issues weren’t the problem they normally would have been.

Overall I dig the set, but not without reservation. I bought two figures to make both characters, so if Minn-Erva is as film inaccurate as I think she might be, it’s a little bit of a bummer, but right now I just dig the way they look in a group with Yon-Rogg. 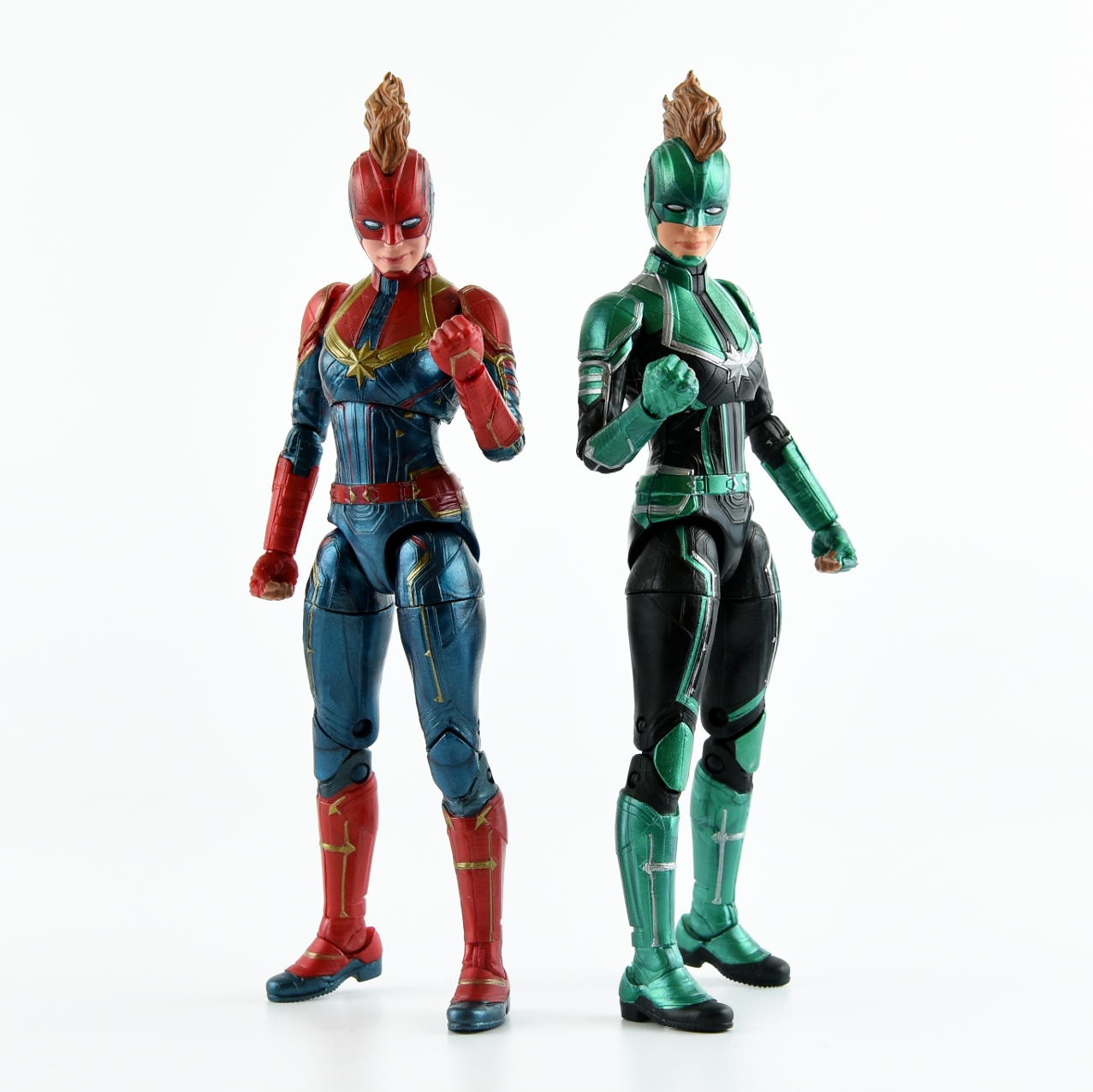 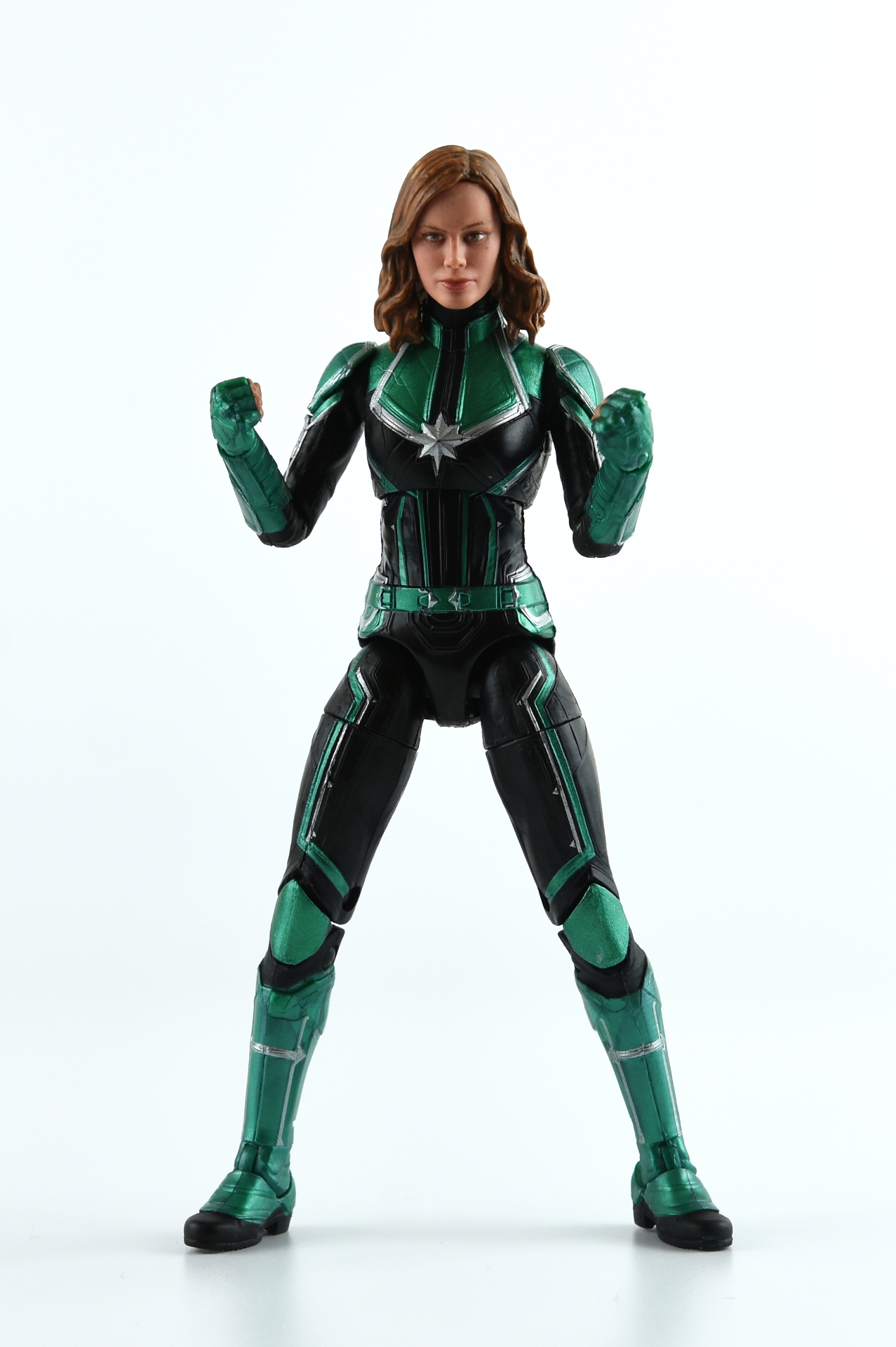 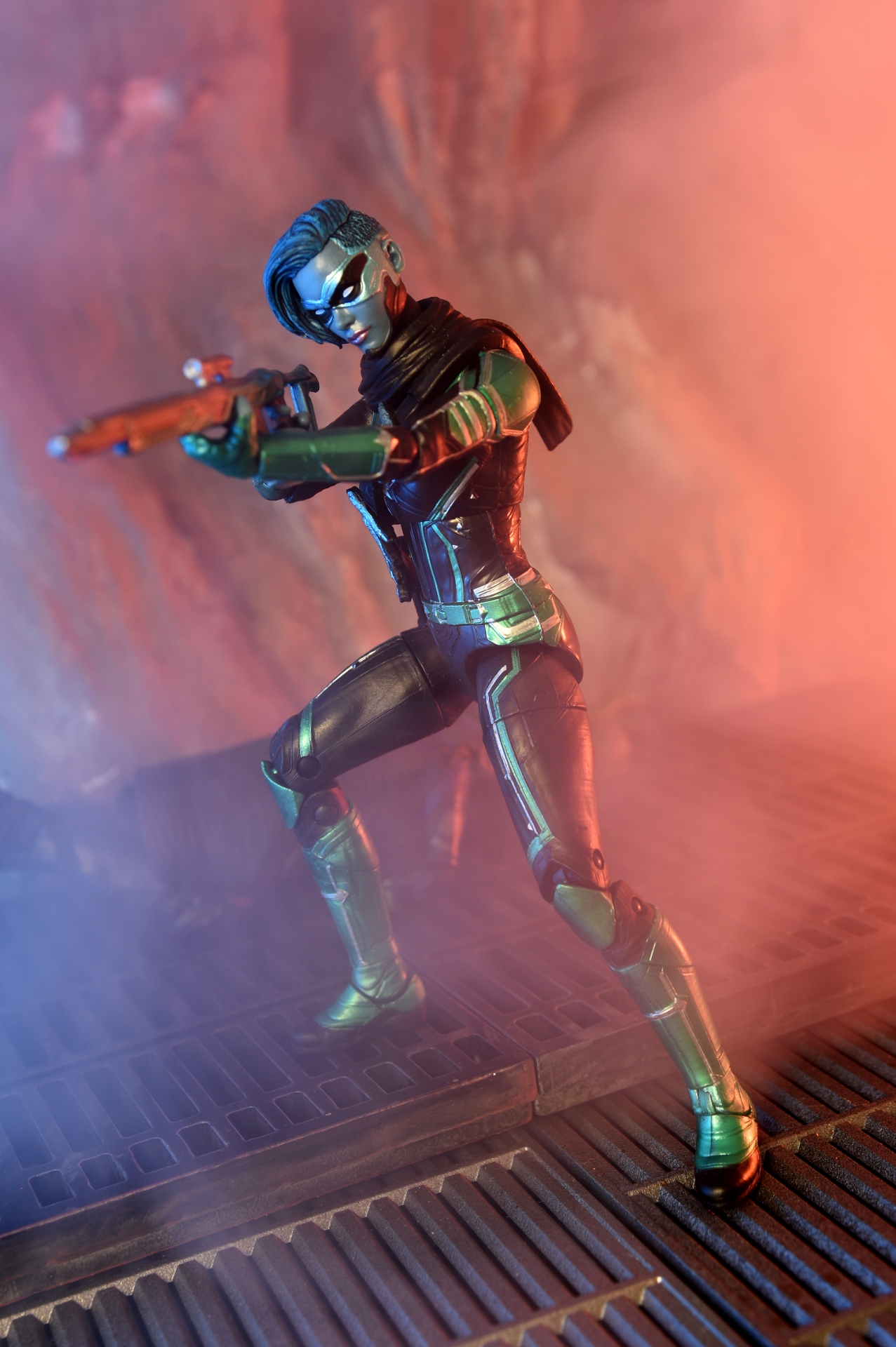 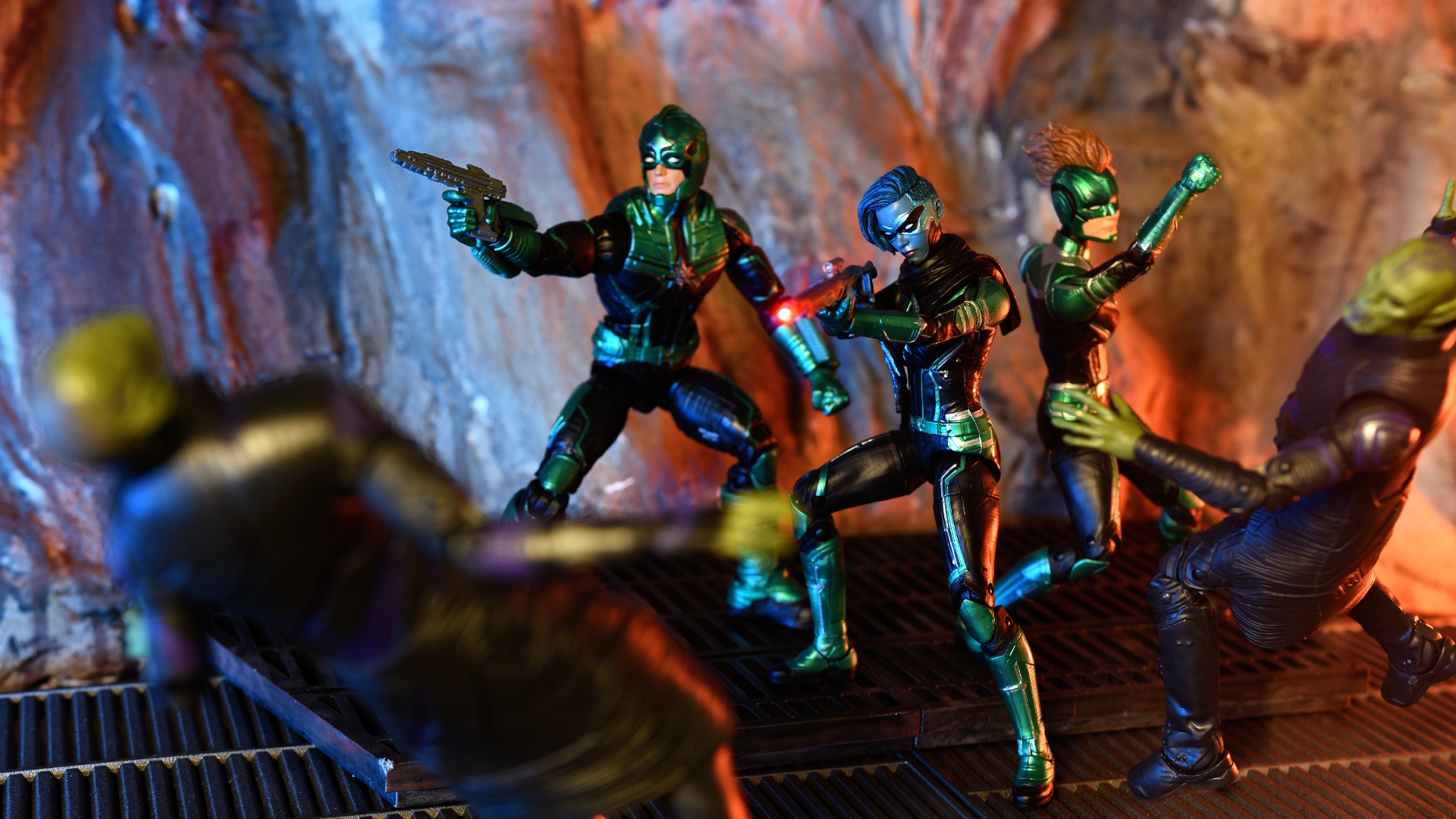 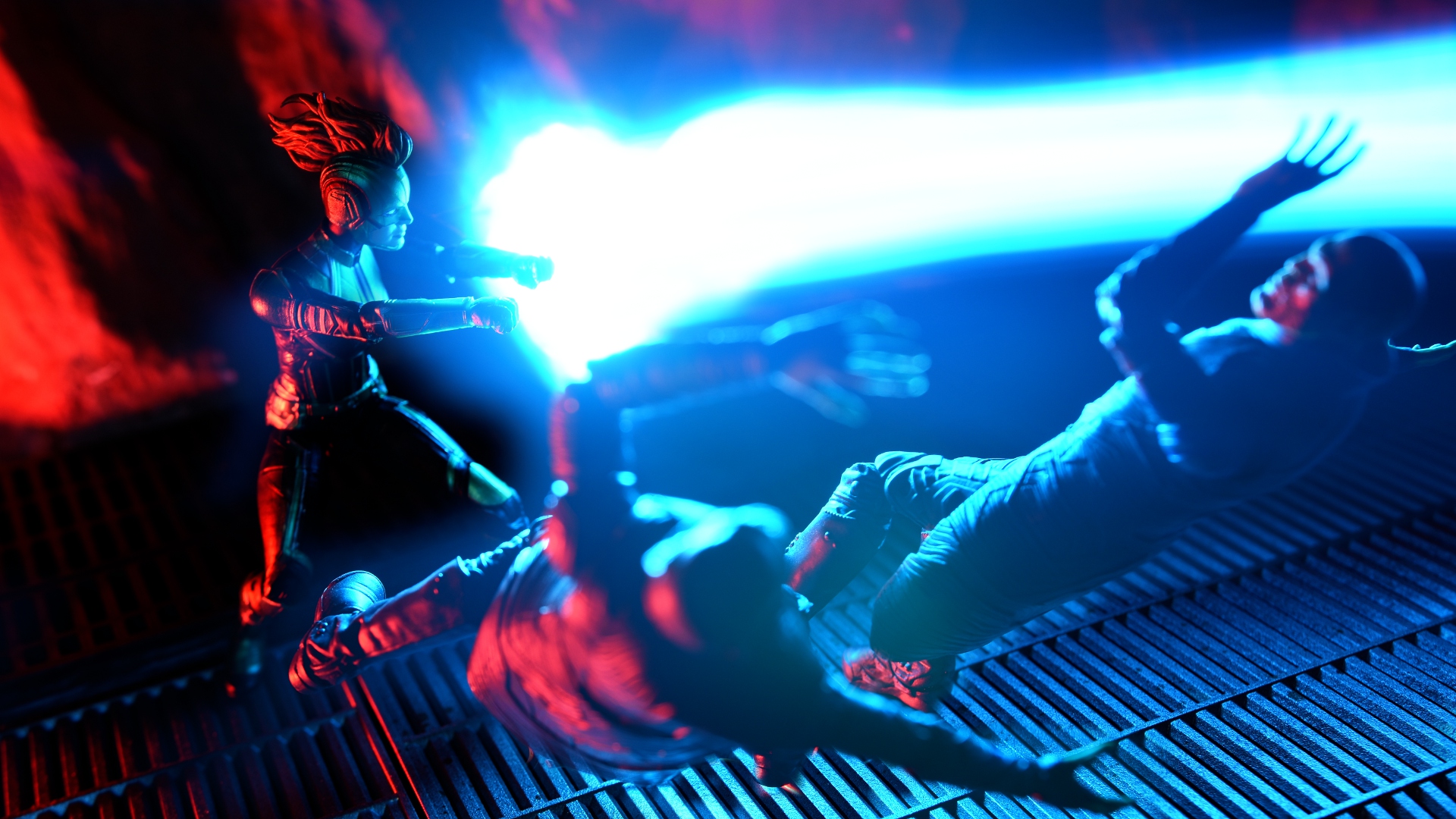 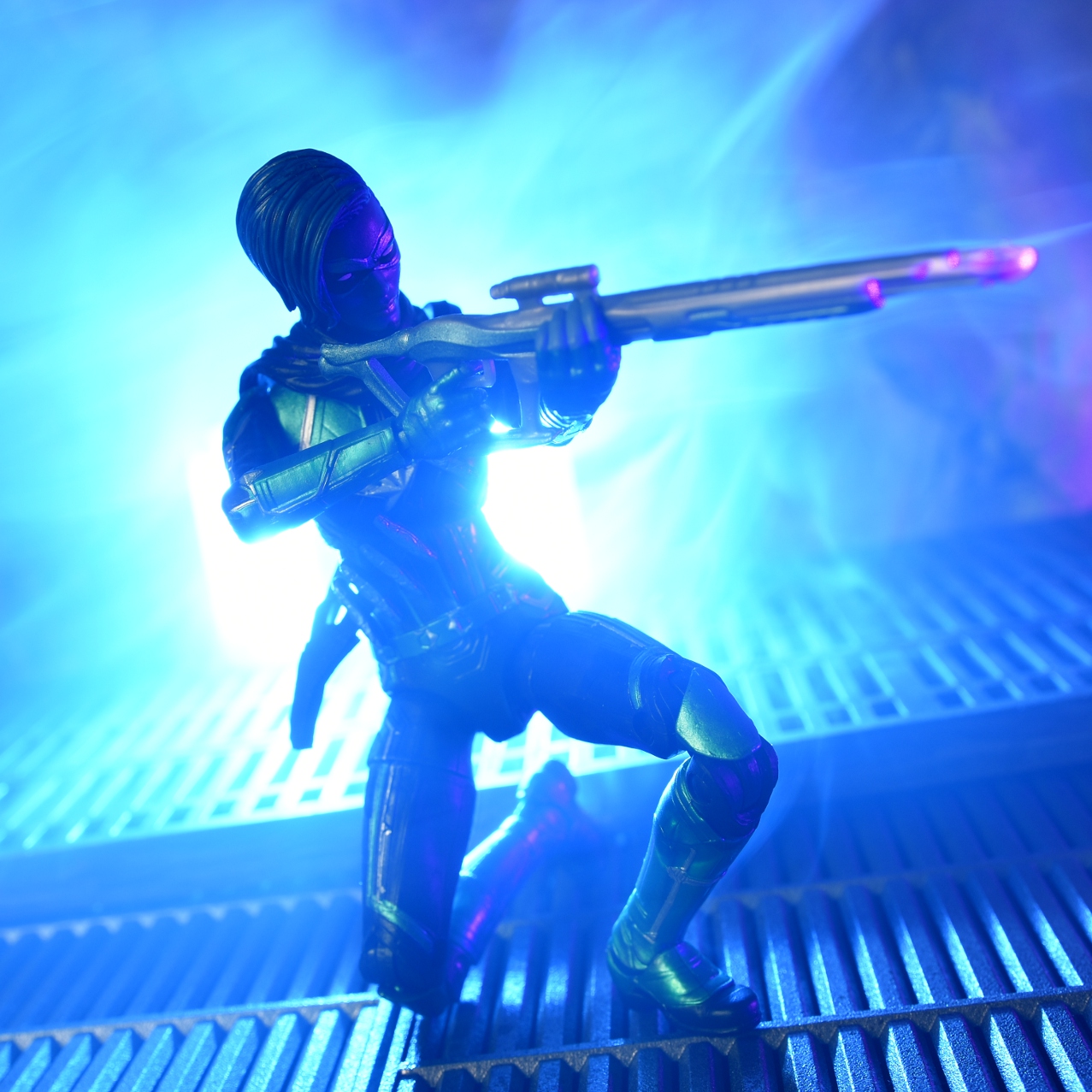 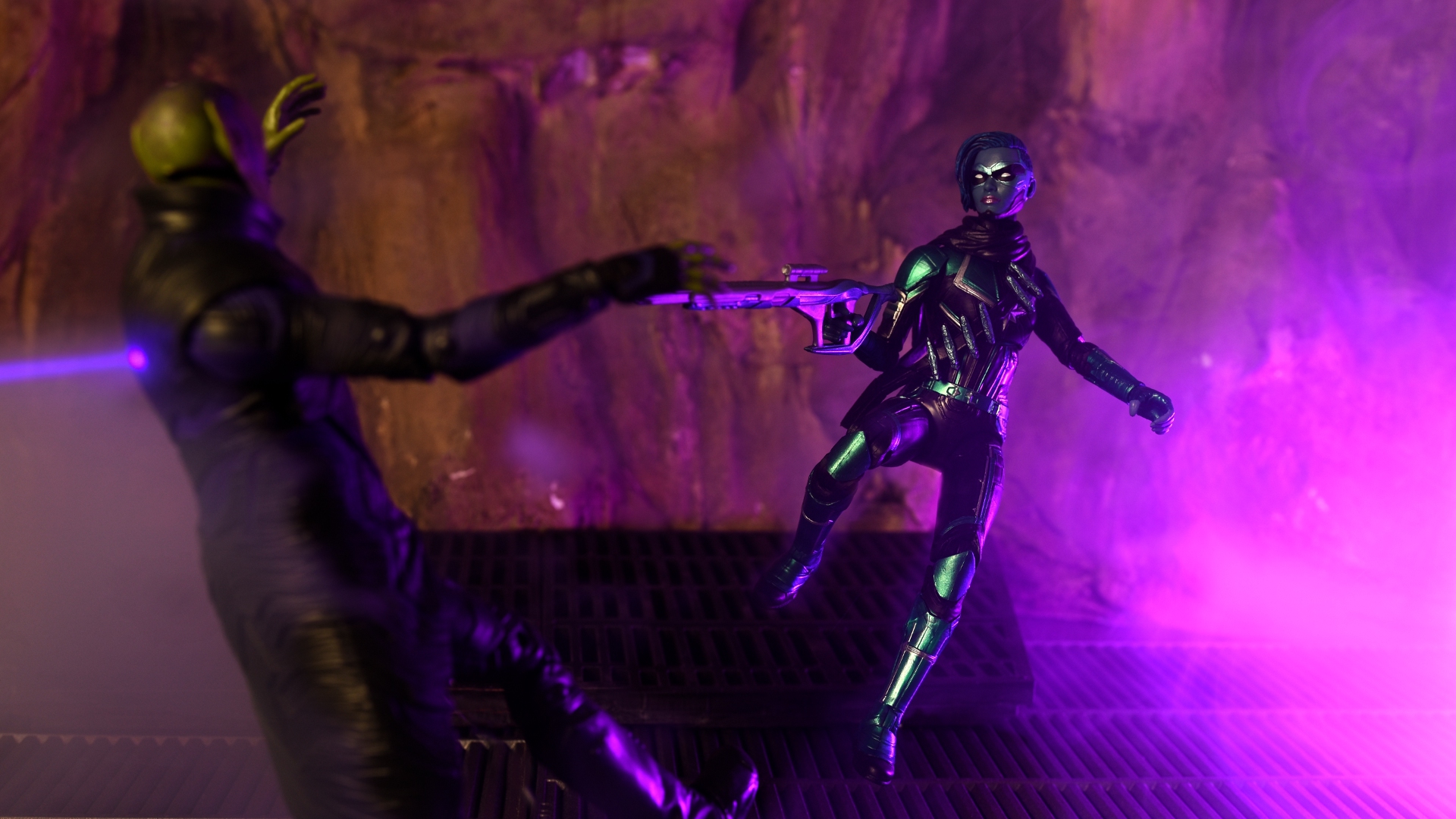 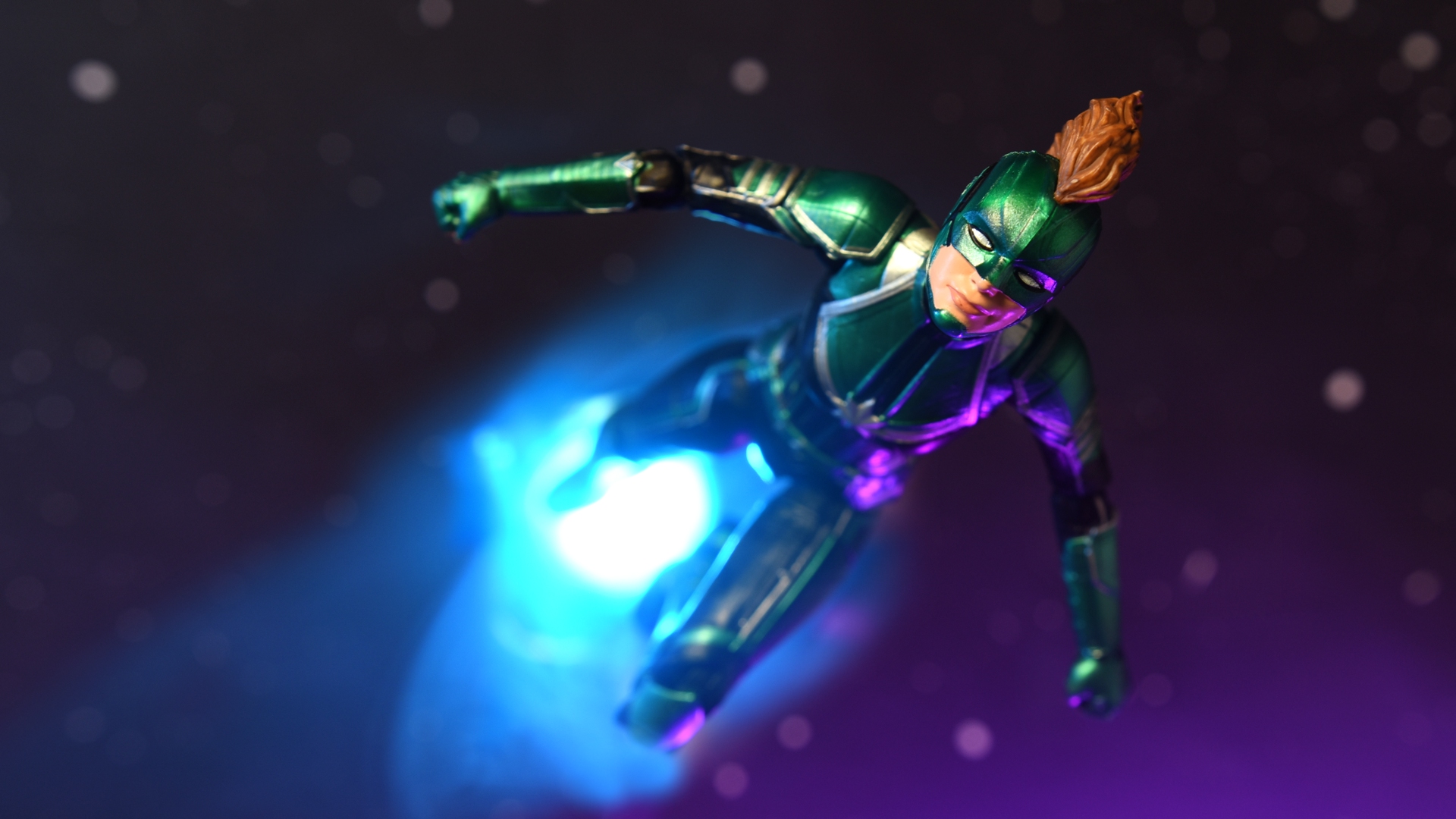