I know what you’re thinking. Oh. hell. Not another Top Ten list. I know, I know, but listen — this one is different. We all know the only thing Hasbro loves more than making money is reusing old molds. It allows tooling dollars to go farther and saves considerable time and expense. The company has implemented a formula where at least one figure from every series can be done using pre-existing bodies with new paint schemes and heads. While critics might decry this approach, fans of classic characters are thrilled. I mean, who ever expected to get the Eel? In the spirit of this thrifty approach, here are ten figures Hasbro could create that not only save them cash, but get collectors some of the B- and C-list characters they’ve been pining for. 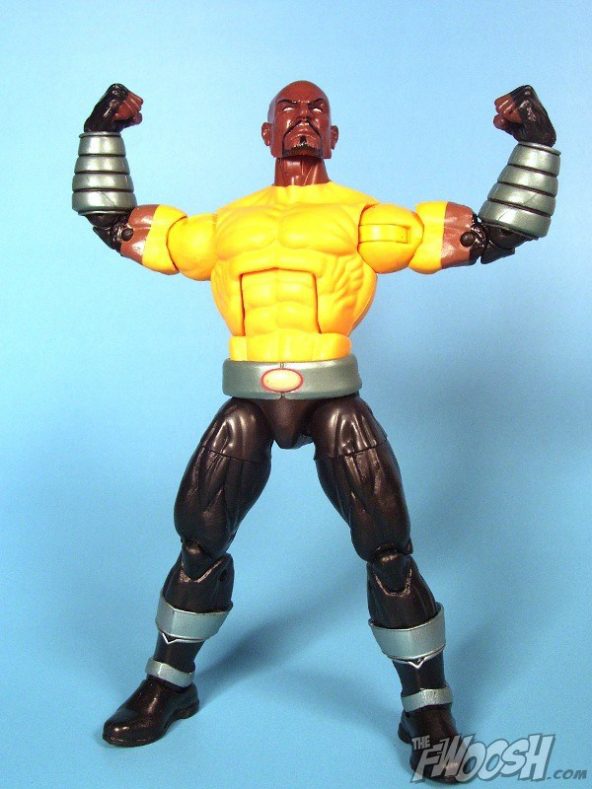 Luke Cage is a star on the rise. Between people eagerly binge-watching the new Netflix show and buying his new team-up book with Iron Fist, the character is in a prime position to be merchandised. The SDCC figure goes for big bucks on the secondary market, which shows the amount of interest the collector community has. Hasbro should take the wind out of the scalper’s sails and make it a “Sweet Christmas” by reissuing Luke in either his original SDCC deco or in a costume that reflects his new look. Iron Fist has had two figures in the last two years — it’s time the original Power Man got his plastic due.

Moony is another character that newer fans of the line have a hankerin’ for. Build him on the Grim Reaper body with the recent Blizzard head. The neck pegs are compatible and everything. All the Knight needs is a new cloak and belt and fans are off to the races. The figure would have additional appeal to action figure customizers who would welcome a blank white body. With just a little tweaking, Moony could even be made into  the original White Tiger. Lotsa options here.

Comics fans were understandably upset by the hybridization of the Whiplash and Crimson Dynamo characters in the MCU film Iron Man 2. Both characters have a long-standing history in the Marvel universe, so mashing them together just so we could get another armored foe for Tony to punch on was a real cop out. To ease the pain, Hasbro could release a figure of Blacklash in his nutty purple and green costume. Build him on the Grim Reaper body, just make sure his pony-tail is articulated! 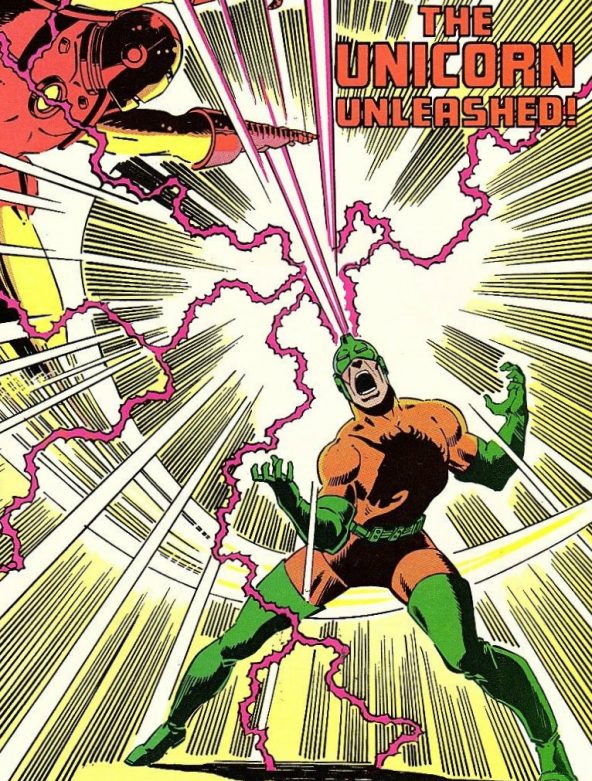 Another Iron Man villain. The Unicorn has had a number of looks over the years, any of which would be easy options for Hasbro and welcome additions to collectors. There’s a serious deficit of Iron Man villains in Marvel Legends and the Unicorn would help fill those ranks, as well as provide some jazzy colors to the otherwise grim-and-gritty villain color palette. Unicorn might be a nice use for that upcoming Captain Britain Spider-Man body. 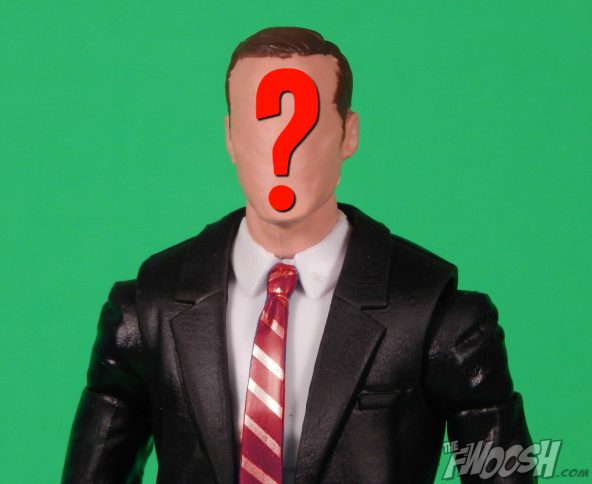 Hey, take your pick. Tony Stark, Matt Murdock, Professor X. Red Skull. A suited body with a set of three or four heads would sell very well for something that would only require a minimum of tooling — three of those heads are already sculpted. Look at Chameleon — collectors bought multiples of that figure just for the body. Another round with the suit molded in black with red tie would be a solid line-filler.

Yes, Hasbro already took a pass at this character, but the less said about it, the better. Tarantula has been scurrying around the Spiderverse for forty years now. The poor guy gets his mustachioed ass handed to him constantly, he deserves a decent figure. The Bucky Cap mold is fine for this guy. He should be about the same height as Batroc and other non-powered dudes in the line. All he needs is a new head and his “pointy choos” and he’s ready to kick some Spider-arse.

ToyBiz teased collectors back in the day by including two fallen Hellfire Guards on series three Wolverine’s base. Unfortunately, they never got around to actual figures and Hasbro somehow missed the memo completely. A savvy strategy would be to release the figure with additional heads to encourage collectors to buy multiples. Bucky Cap’s body is fine for the Hellfire Guards — I mean, they’re just going to be scattered around Wolverine’s feet anyway, right?

Aside from that hard-to-find Gigantic Battles two-pack from a few years ago, fans of Bill Foster have been left wanting. His B-lister status and the fact that he’s dead are significant strikes against him for inclusion in a future series, BUT this entire figure could be manufactured by reusing the Thunderball figure from the Armin Zola series. The body is ideal for either version of his classic costume and the additional mass and stature convey the character’s power without having to make him over-sized. This one is gold, Jetty! Gold!

Perhaps the most puzzling absence in Marvel Legends 2016. It’s not like we’re asking for Moondragon or something — Elektra has a huge fan base. She’s been on TV, in movies (ugh) and in video games — she’s even had her own stamp! So what is the dang holdup? Hasbro has an excellent “curvy” base mold in the form of the Moonstone body. A new head and skirt-piece and boom — it’s ninja-killin’ time!

And while we’re at it, an updated Bullseye would be both easy for Hasbro and welcome to collectors who missed him the first time around. Another character fit for the Bucky Cap mold. Just a new head and belt would hit the mark, although some of his budget needs to go towards weapons: playing cards, knives and a sai he can share with the aforementioned Elektra. They could make him a Target exclusive, heh heh heh.

What figures would you like to see in the upcoming Marvel Legends series? Discuss it on the Fwoosh forums!