The Masterverse line had some issues when they started out, but there have been several improvements along the way. The figures have been getting better and better, and I’m pretty confident in saying that Two Bad is the best figure in the line.

Two Bad has always been one of the more unique figures in an extremely unique line. As two distinct designs mushed together into one unified, two-headed, multicolored concoction, he makes everyone else look almost quaint by comparison. Even in the vintage line he pushed his way to the front of the Evil Warriors by a head.

Two Bad figures have only gone uphill since then. We’ve come a long way from pulling back the arm on a vintage figure and having him punch himself. The Classics figure was great, but I think the Masterverse figure beats even that one.

The figure is an all new sculpt (of course, it would have to be) and it really gets across the duality of the character with its asymmetry. The blue side has a striated, ropey muscle sculpt, while the purple side is all scales and…fins? Yeah, fins. The purple side is overall slightly taller, with the head sitting slightly above the blue side. There isn’t a clean line separating the two, with some parts of the purple sculpt bleeding into the blue, and vice versa. It really sells the idea that this was once two people fused together but the fusion wasn’t just a simple half and half job.

The necks are ball jointed and get a much better range than some earlier figures in the line. There is not a lot of tilt, but the up, down and all around does the job well. There’s a mid-torso wobble joint that allows front, back and side to side crunches, combined with a waist swivel. The double-jointed elbows and knees are pretty excellent, and make this the most dynamic Two Bad figure of them all. He can get into all kinds of wide stances despite the loincloth, and the forward and backward isn’t as inhibited as on earlier figures either.

The loincloth is still on the stiffer side, as is usual for such things, but it does seem to have a little more flex than previous figures.

He comes with a decent array of accessories. The figure itself has a holster that the laser pistol can slide into, and there’s a clamp on his back that either of the maces of the axe can snap into. It’s fairly rigid so it did take some effort to get it in, but nothing is falling out once attached. The clamp itself is shaped like a monster head, and the weapon snaps into his mouth. It spins all the way around, so you can angle it however you want. The axe itself is a pretty nifty design, with the blades looking a little like dragon wings. Even the axe reflects Two Bad’s duality, with a pair of different heads.

He comes with two maces, either of which can be used by either side. The right hand—silver glove—was extremely stiff and I had to heat it up to get anything into it at first, but once it was stretched a bit and had something inside it for a while it was a little easier to remove and replace with another accessory, but watch out that first time. Once the hand is stretched out he does have a little issue holding the axe tightly, but that can be worked around by reheating and squeezing, I’d assume.

He also comes with his familiar vintage-inspired shield.

In addition to his two grip hands, he comes with a pair of fists, so you can have him replicate his vintage “Stop hitting yourself” pose. Or, you know, hitting other figures if that’s what you’re into.

This is one of those figures that manages to do everything exactly right. It looks great, it plays fantastically, it poses without issue…it is nearly critique-free. It is just at its core an extremely fun figure that makes me super-excited to see how something like Modulok (or any of the Evil Horde, but especially Modulok) might be carried out if they make him. Two Bad was at a deluxe price point so no doubt something like Modulok will be the same or more, but if the quality is like this one, then you almost feel like you’re actually getting your money’s worth. 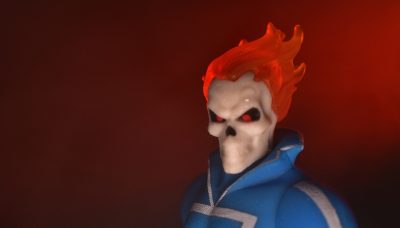 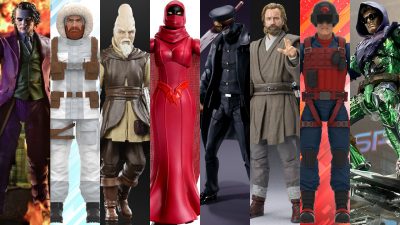 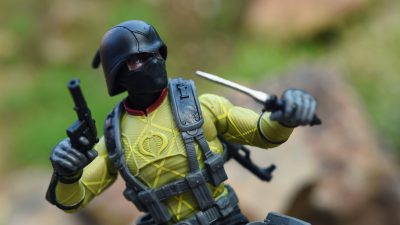 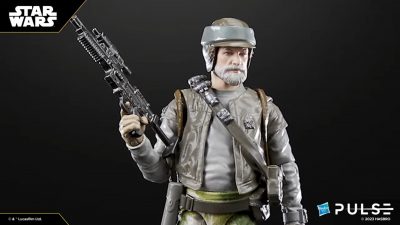