Well blow me down! The crew at Boss Fight Studio has been busy working on a new line of action figures based on everyone’s favorite sailor strongman, Popeye! The first series of Popeye Classics is almost here and we are fortunate to bring you an early look at this initial offering. Grab some spinach and letsk go!

I am a big fan of Popeye. I do not profess to be an expert or anything, but there is something about the aesthetic of the property that hits all the right spots for me. I watched a lot of cartoon reruns as a kid, and I have always loved the original arcade Nintendo game, and don’t even get me started on the FwooshCast hijinks with the movie references. Popeye has had a pretty good run of it in action figure form as well, and this new line from BFS is looking to be the most encompassing effort yet. This first series includes Popeye, Olive Oyl, Castor Oyl, and Bluto, with the series two follow-up of Popeye (white sailor suit), Sea Hag, Wimpy, and Poopdeck Pappy. So, just two waves announced and we are already building out quite the line-up.

As I mentioned, series one is going to be shipping soon, and is a great start to the line. You get three main characters (well four, if you Swee’ Pea, which you should), plus Olive’s brother Castor Oyl who was actually the first star of the strips. I love this character selection because it starts with a strong foundation of Popeye, Olive, and Bluto, which are good choices for Popeye fans and casual collectors alike, and then Castor Oyl gives us a chance to get a figure of a character for the first time (to my knowledge). The property is actually quite rich when it comes to different characters, and with Popeye having a variety of looks throughout the years, the balance should work well as we build future assortments.

Let’s take a look a these first four figures!

The man himself is the figure the rest of the line will be judged on, and Boss Fight did a wonderful job here. Popeye comes in at just about 5.5” tall, so as far as I am concerned, he can float into 6” scale lines pretty seamlessly. As these figures take their roots from the old comic strips, the design elements offer us some firsts in plastic with the character, even with previous action figure offerings out there. Popeye gets two portraits (one with gritted teeth, the other without) and both feature his shock of red/orange hair. His had is removable and each portrait comes with a removable pipe (be careful as they are small). You get swappable hands as well as his patented “squeezed open” spinach can.

The articulation on this figure is really well-conceived and all of the figures in this assortment are instantly more poseable than any prior iterations. Even with his giant forearms, the elbow joints get a great amount of range, so punching and spinach guzzling will not be an issue. I think the scheme from hips down is where this figure really shines as you can get creative and solid stances thanks to the great range in the hips, knees, and ankles. This line is not Marvel Legends when it comes to points of articulation or anything, but it doesn’t need or intend to be. I think any reasonable Popeye pose is going to be achievable for most collectors, and the figure looks great in all of them.

With this being the base for your basic Popeye going forward, he is going to be in great shape for a variety future versions. I am really looking forward to the Previews two-pack (LOVE those powder blues), and I need the Pea Coat version STAT!

As far as I am concerned, this is a two-pack because any Popeye fan worth their spinach knows both Olive and Swee’ Pea are essential characters. I would say that, aside from his foil Bluto, Olive and Sweet’ Pea are probably two of the most recognizable Popeye characters, so it is nice to get them in one shot. Swee’ Pea isn’t just a “slug” figure either – there is articulation at shoulders and the neck and the had is removable. In fact, Swee’ Pea has two portraits and the angry head is probably my favorite single piece of plastic in this entire wave. There is no way possible I am not displaying this little figure with that mad face, it is just too perfect.

Olive gets a mad portrait to compliment her standard head, too – along with a few sets of swappable hands. Again, the mad head is hilarious and I am hopeful we will get at least one more version of Olive at some point because I need to display both of these looks. Olive includes a soft goods skirt, which is good because this figure actually has articulation! I know that is a funny thing to be excited about but due to Olive’s rather spaghetti noodle-like build in the limbs, the best she can usually muster is bendy wire. But nope, BFS made sure she has all the articulation in the arms and legs as the other figures in this assortment, and all of the joints work great.

I am not completely up on the comic strip look for Olive Oyl, but I kind of wish she also got her purse and and hat. That is just a TINY thing to nitpick so it is not a big deal at all (the figure is great without them) and maybe we can see those things in a future release.

Did you know that Olive has a brother named Castor? I mean, you can tell just by their similarities, right? Yes, that is sarcasm. While she is tall and spindly, Castor is short and squat – but at least their round heads hold over in terms of consistency of familial traits. Castor is a fun little figure and there is just something about his expression and his pointed finger that makes him hilarious to me. He’s a dapper little guy in his suit, and you get to choose between THREE hats for display, all of which are held in place by a magnet. I am partial to the round hat (I am sure there is proper name for it, but my haberdashery terminology is pedestrian at best), but you can have it any which way you like it. Or you can let that bald dome breathe nice and proud, too.

Due to his small size, Castor Oyl comes with a couple of friends in the form of the Whiffle Bird and Eugene the Jeep. I did not know that “Jeep” wasn’t just the characters name until I got these figures, so I learned something. He has a neck swivel for articulation, but the Whiffle Bird is a pre-posed slug figure. That is perfectly fine – I am glad to get these weirdos to help build out a better Popeye collection.

Finally, we have the burly antagonist Bluto! After going back and forth I have landed on this guy as my favorite from the series. All of the figures are very strong, but Bluto is the strongest, at least according to him. I just really love the overall build and his expression is just spot-on perfect for the character. He is the most limited in terms of accessories (just his hat and some extra hands), but BFS did not sacrifice size on this guy, so he is much larger than the other figures in this wave. He’s large! He’s mine!

His posing is great, too and like the Hulk and other big guys, I love it when the larger dudes get great articulation to run with the more standard sized characters. Yes, you can practically hear his “hrrr!” as he goes after Popeye in battle for the affections of Olive Oyl. The balance on this figure is really great too, especially for such chunk of plastic – he can easily balance on one foot and hold a variety of action poses. Like I said, he is my favorite of the bunch and I think a lot of collectors will agree.

I am very impressed with this first Popeye Classics series. It really is everything that I wanted, and now I cannot wait for more and more character to join the line. You can tell the Boss Fight team are real fans of this property and these figures are being treated as such. If you are a fan of the sailor man and his cohorts, you will definitely want to get these the moment they release, so go to BBTS and secure a set!

*Thanks to the Boss Fight team for sending these along for a First Look. 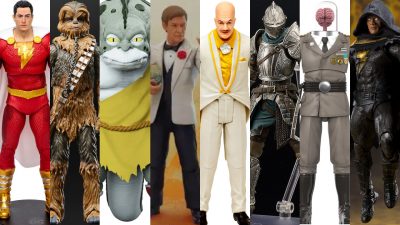 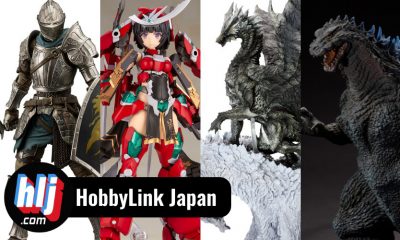 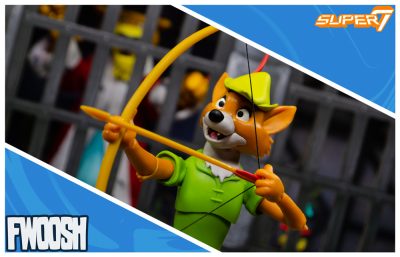