One of Marvel’s more fun comic concepts was What If…? That series basically looked at pivotal events in the Marvel Comics history and made a slight alteration like What If Spider-Man joined the Fantastic Four or What If the original and next iteration of X-Men died on Krakoa?

While a show focusing on various comic book scenarios would have been fun, Marvel Studios opted for an animated series exploring minor changes to the Marvel Cinematic Universe. It’s a smart strategy as most MCU fans can easily come up with a dozen What If…? concepts without thinking too hard.

This doesn’t mean the episodes will solely be based on events in the films as one upcoming episode brings the movie Avengers to the comic book storyline of Marvel Zombies.

With an impressive amount of MCU actors returning to reprise their roles including Samuel L. Jackson, Chris Hemsworth, Karen Gillan, Josh Brolin, Mark Ruffalo, Sebastian Stan, Benedict Cumberbatch, Hayley Atwell and the late Chadwick Boseman in his final MCU role, there’s an air of authenticity that fully connects What If…? to the MCU.

Disney provided a screener of the first three episodes with the What if scenarios of Peggy Carter gaining the super soldier serum, T’Challa becoming a Ravager instead of Peter Quill and Loki arriving to Earth with an invasion force a little earlier than the events of Marvel’s the Avengers.

The Peggy as Captain Carter episode, which airs Aug. 11, serves as a fun reminder why Atwell has been such a valuable player in the MCU from supporting star to headliner in a short-lived Agent Carter series. The writing could have touched more on how Peggy is received as a superhero compared to Steve although it is lightly addressed.

It’s surprising how easily Peggy slips into the Captain America role and the episode works in some familiar scenes from Captain America: The First Avenger. On the comic book rumor mill, there are some serious rumblings of Captain Carter showing up in the live action. That sounds….strange and complete madness so here’s hoping that is true.

T’Challa as Starlord (Aug. 18) is clearly going to be the audience favorite. It’s one of the remaining times we’ll hear Boseman as T’Challa. Beyond the initial bias, this is the standout episode of the first three episodes as it really makes the best use of the What If…? format.

There’s a number of surprising developments here best exemplified by the lack of the Guardians of the Galaxy and the Ravagers essentially being the galactic defense entity. This episode is immensely aided by so many MCU actors voicing their characters — in some cases just for one or two lines.

Loki on Earth (Aug. 25) is a bit of a misleading title as the focus is not truly on Loki’s arrival, but an alternate fate as Nick Fury kicks off the Avengers Initiative.

This one was clever and another significant departure from what fans would expect. Maybe some observant viewers will figure out where the episode is heading, but the payoff is immensely satisfying and almost begs for a follow-up.

Likely in an effort to achieve the strongest likeness of the actors, Marvel Studios utilized a cell shading technique for the animation. It’s a smart decision and bridges the live-action and animated style nicely. It feels like the right Marvel Studios visual marriage under the Disney banner with gorgeous lighting, coloring and fluid movement of the characters.

What If…? seems like another major hit for Disney+ and with a total of nine episodes for the first season it won’t be a shortage of fascinating and engaging MCU scenarios for fans to explore. 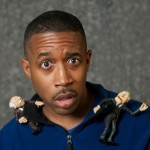 Jeffrey K. Lyles has been an action figure as far back as he can remember starting off with Kenner’s Star War line and the 80s golden era of G.I. Joe, Masters of the Universe, Transformers and everything in between. For The Fwoosh, he contributes movies/TV recaps and figure reviews in addition to his own site Lyles Movie Files (www.lylesmoviefiles.com).

A Joe in the Sights: Zap