Does your Foot Army need some new motivation? Some real leadership? Well NECA has you covered with the upcoming Ultimate Foot Soldier figure which includes several Foot Soldier appropriate accessories, including an alternate head to create sinister Foot Soldier Robot Alpha One. Let’s take a look!

The box has more of that fantastic ’87 toon style art on a VHS-style box and I love how they captured the vibe of the cartoon, but the Foot Soldiers on the cover here look even cooler than they did on the show.

The blasters are mostly familiar, having come with previous figures, but I think the smallest pistol is new and is based on the weapon used in the The Foot Soldiers are Revolting episode by Alpha’s minions. The weapons are all well detailed and have precise paint. I do like the purple added to the medium sized rifle here. Most importantly, this Foot Soldier has trigger finger hands, so he holds all of the blasters a bit more naturally than the grips hands we’ve got on previous Foot Soldiers in the line.

The melee weapons include a couple of familiar ninja stars and a katana. The spear, the sword with jagged blade, and the fan are new. The new weapons are nice for adding variety to the weapon load outs for your foot army and are sharply sculpted and cleanly painted. The nice thing about the two different grip hands is that the ones with the smaller grips hold the spear, fan, and stars better than the grip hands designed for the swords.

The open hands add a nice variety for posing and the set communicator and mutagen canister are also familiar, but solidly painted.

My favorite accessory is the Alpha One head as it captures the inflated oddity of the cartoon design to a T. The security guard hat is a fun reference to the original episode and the alternate head with the yellow symbol is also a nice nod to Alpha’s episode, though I do find myself wishing I had a few more of the yellow symbol heads to swap all of my red symbols for yellow. The heads swap with a little effort on the new body, but if you want to add one of the new heads to an existing foot soldier you will need a little heat to pop and swap.

The sculpting on this figure should be familiar to collectors of this line as we’ve seen this released a few times, but this one does have a couple articulation tweaks that improve the figure. The hip construction is a little different, and while it is still a swivel/hinge function, the leg is connected with a cup and ball rather than a sealed swivel/hinge. I suspect this was done to prevent breakage. The most significant improvement for posing is the ankles are now a swivel/hinge with forward facing rocker joint rather than a ball and socket. This allows for a little more ankle stability in wide stances.

The articulation consists of:

The paint on the figure is solid and clean in the cartoon style with black lines here and there for emphasis. Overall this figure is great for beefing up a Foot Soldier army and adding some variety to the ranks. I do find myself wanting a couple more just for the yellow symbol heads and security hats. This figure hasn’t hit the States yet, but I’ve seen people import from overseas and I got my figure from NECA as an early review sample. 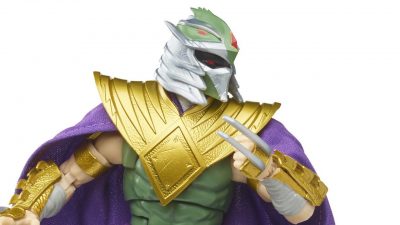 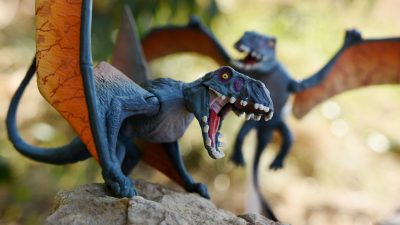 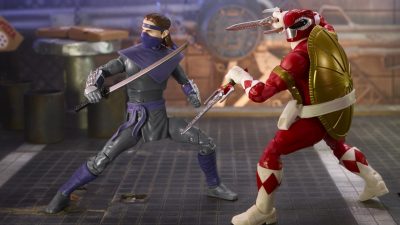