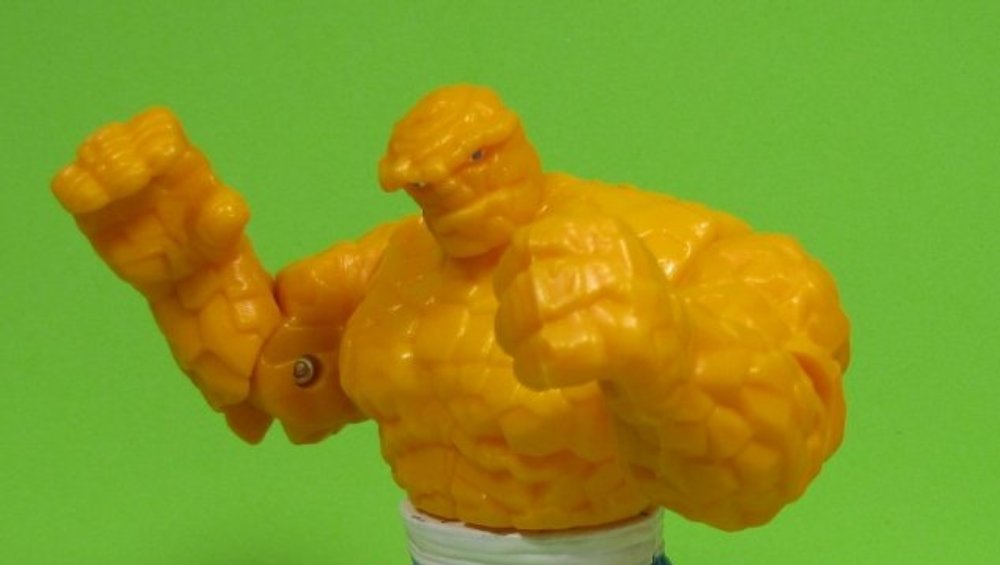 Ever since the brand new Thing figure debuted at Toy Fair 2018, I’ve had some Grimm thoughts (ha) on my mind, so the time is perfect to take a look at a couple of figures from decades past.

The greatest of all Marvel heroes had been sorely lacking in action figures since his MEGO figure, wherein a strange man with a rocky head wore a pair of pajamas that looked like rocks. The MEGO aesthetic just didn’t quite work for everyone, but at least they tried. Hell, it wasn’t too bad, all things considering. As with all things Marvel, I was hoping that the Secret Wars line would deliver a Thing figure, but it was not to be. The rest of the 80s were a long, dark, Thingless time.

The 90s, though, finally delivered unto us Aunt Petunia’s favorite nephew a handful of times. Let’s take a look at two very different takes. 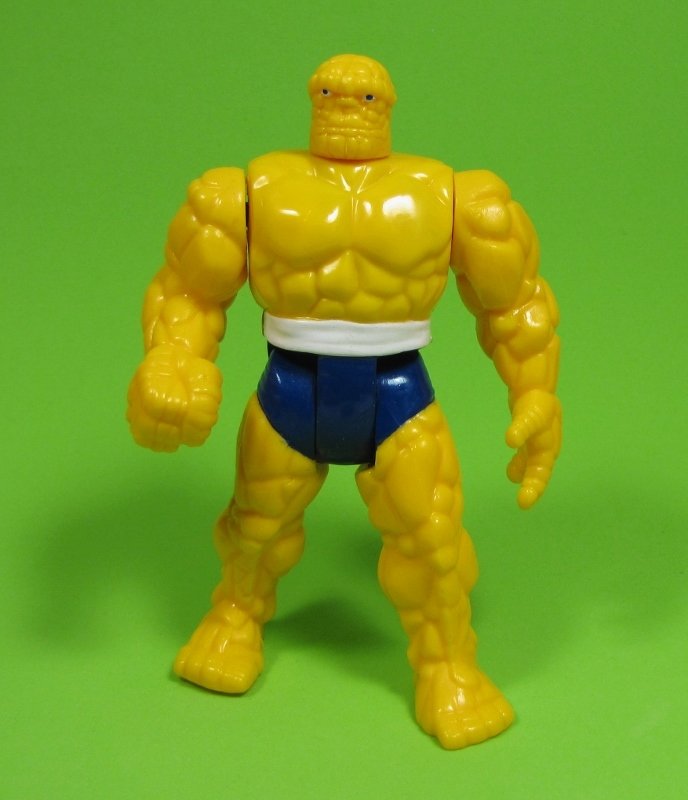 The first attempt delivered a straightforward, simplistic Thing. It’s as no-frills as you can get, evoking the character in a minimally articulated version that didn’t quite thrill the audience, but got the job done, at least by the standards of the time. This first figure was released under the original, generic “Marvel Superheroes” label. Something was better than nothing, and it was great to FINALLY have a Thing action figure to tussle with the Hulk, or banter with Spider-Man—you know, the one with the suction cups on his hands that I and I’m sure countless people cut off as soon as he was unpackaged.

Thing, like most of the figures of the time, was encumbered by an action feature, which meant he had a giant blue button jutting from his back. 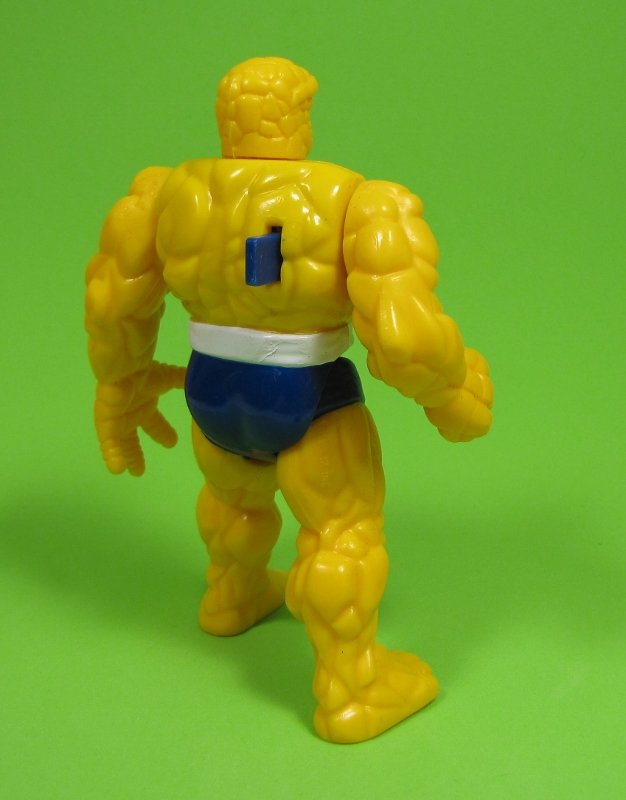 He had one fist, and one open hand. I would have preferred two fists for twice the clobberin’ time, but it was what he was. I wasn’t going to look a gift Ben in the mouth, because it was nice to finally have a Thing figure. But a few years later, a couple of things happened that resulted in an even better figure.

In 1994, both the Fantastic Four and Iron Man received their own cartoons. Iron Man’s first season was…well, the less said the better, but it was followed by a complete 180 in quality, delivering a pretty decent Iron Man cartoon.

The Fantastic Four cartoon managed to do a little better. The first season was serviceable if nothing extraordinary. Some odd choices, some weak parts, but still entertaining, and nowhere near as bad as the first season of Iron Man.

But that second season…wowsers. It was a pure love-letter to Stan and Jack’s run on the FF, with designs and stories ripped right from the pages of the comics. Even the animation was better. It’s the kind of cartoon run that you wish had continued on and on, instead of lasting only a meager season. 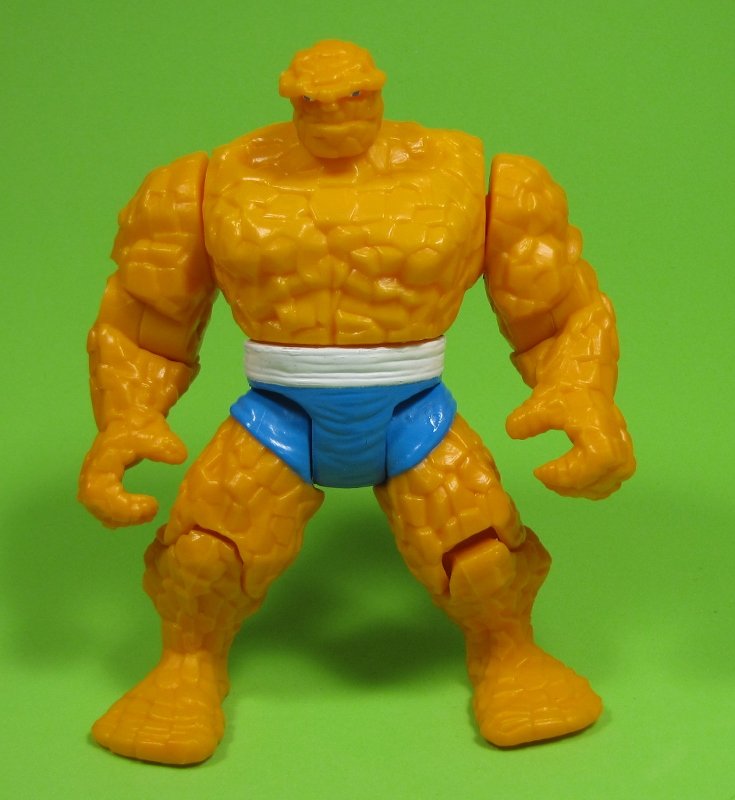 The second Thing figure came straight from the FF cartoon, and it improved on everything from that previous figure. It was wider, it was more articulated, it had a more detailed sculpt while still maintaining that trademark “chunky look. It just looked “Thingier.” Where I was happy enough to have Thing figure before, with this Thing I had a Thing I could be proud of, and there’s absolutely no way to say that without it seeming like an innuendo. In many many ways I still feel this is the best action figure representation of the Thing up until the present day, and that’s including every Marvel Legend and even the Showdown figure. 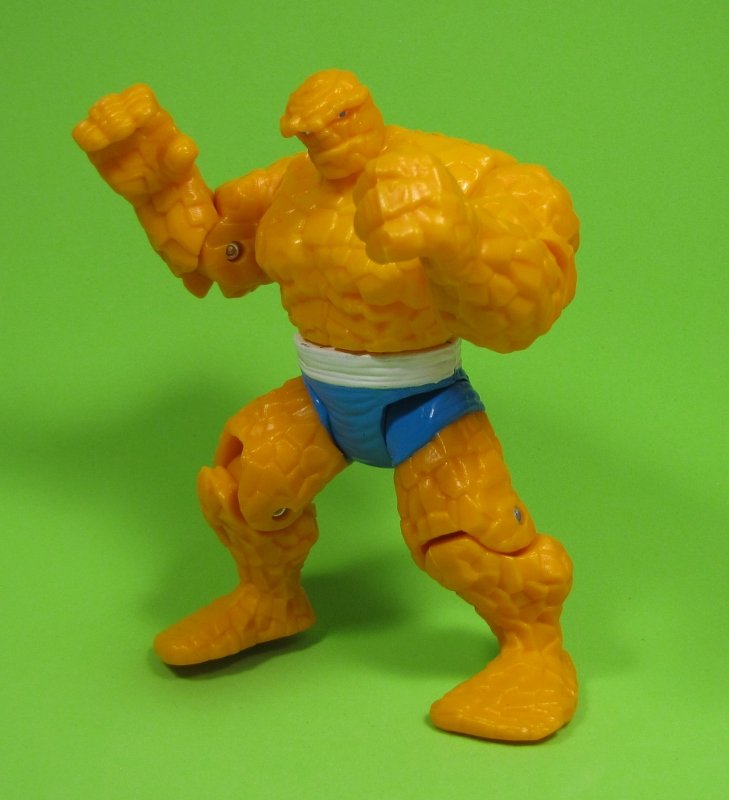 I’ve always been curious to get a second one and give him a repaint with black lines between his rocks to see what he looks like all detailed up like that. Maybe one day.

The Thing would get a disguised figure wearing a trenchcoat, and one in his jumpsuit, neither of which I owned. I had all the Thing I needed with his second figure. 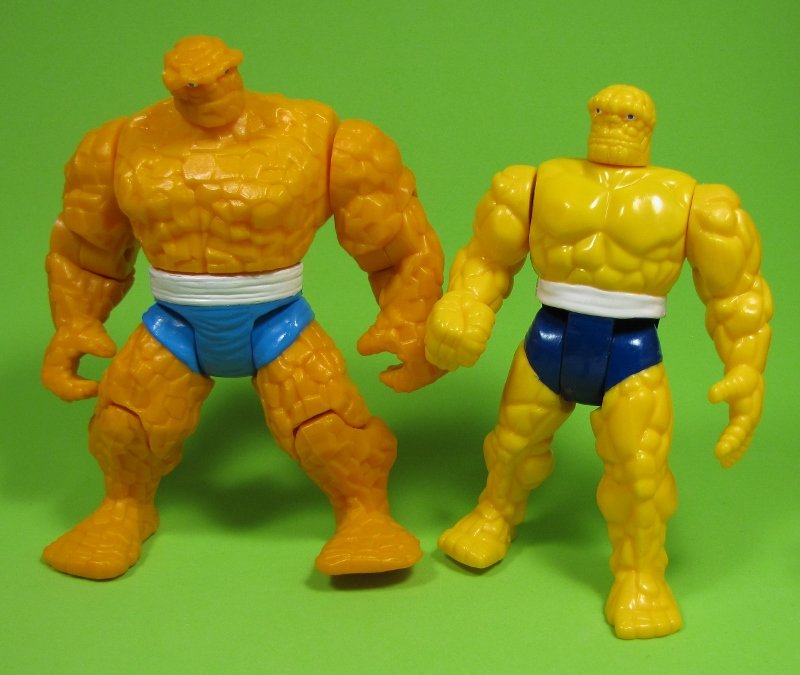