The biggest and most obvious takeaway of those results is that Fwooshers still really, really like mutants. After seeing Hasbro make, or will soon be making, figures of nine of the top ten last year, you knew this year’s top ten was going to be drastically different. You could almost say it’s an “All-New, All-Different top ten.”

With the release of the Juggernaut wave, Hasbro showed that the X-Men and their supporting characters are all very much in play to get figures made of them. With that realization, it looks like the zeal for Fwooshers to get new and improved versions of their favorite mutant characters has dramatically returned.

Let’s get to the results!

Coming in at number ten is the sometimes bad, sometimes good, but always militant master of magnetism mutant … 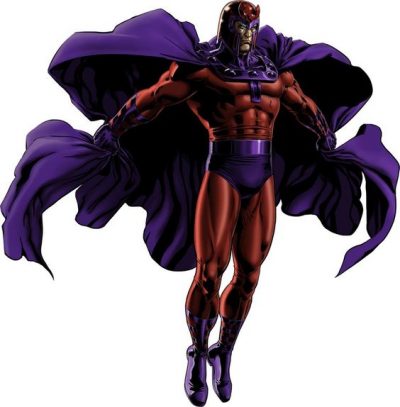 Magneto finished with 25 votes after getting just 7 votes last year. Now, we did get a Magneto figure just a few short years ago; however, that figure was woefully outdated, body-wise. Now with all the new base bodies that Hasbro has produced, there should be no reason that a new and improved Magneto isn’t right around the corner.

Number nine is a bit of a shocker, but her recent rise in popularity in comics and even talk of her being involved in an upcoming TV show or film explains it all. She’s come a long way from the Great Lakes Avengers, that’s for sure. She’s a super-fun character, and one that I would love to have for the shelf as she’d make a super-fun toy. Toss in a Tippy-Toe pack-in or maybe even a dead Monkey Joe for kicks.

Making his return to the top vote is a familiar face that, maybe more than other characters on this list, is overdue for a figure. Like I said, long overdue. This guy has been a mainstay on the top ten list for a few years. With so many yearly top ten vote-getters finally getting figures made this year, it’s hopefully just a matter of time before the Multiple Man get his. His figure may require a bit more tooling that most, but there are certainly some other characters that Madrox’s more civilian outfit can be used for. 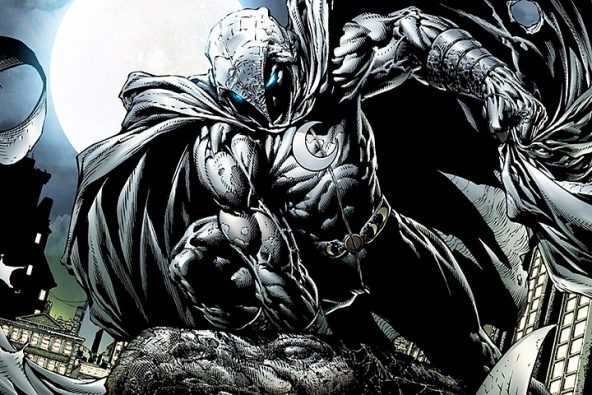 While being the one and only non-mutant character on this list, Moon Knight is yet another character in the top ten who definitely needs a figure upgrade. Moon Knight would be an easy, low-new-tooling-required figure. I’ve always been a fan of his all white, badass look. Count me in.

At number six is definitely one of my most-wanted figures. I’ve wanted a proper figure of her ever since her debut on Spider-Man and his Amazing Friends way back when. 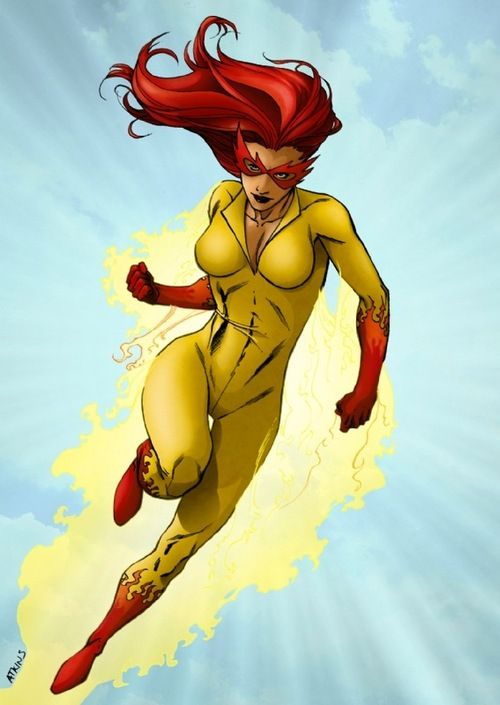 In the last few years, it seems Marvel has made an active push to get Firestar more and more involved in the Marvel universe. Her becoming a bigger member of the X-Men definitely helped get her to this point. The Hellcat figure is just screaming to be used as a base for her.

Number five is no surprise for me. Having been an X-Men, and an Avenger, he could definitely use a figure upgrade since the original was crafted way back in the early days of ToyBiz Legends. There were quite a few votes for both the Jim Lee and the more classic-styled Beast. Either way, a new super-articulated, furry, blue figure of the X-Men’s resident genius/heart and soul would be highly welcomed. Just as long as it’s not Horse Beast. Yikes.

Speaking of fuzzy blue mutants, coming in at number four is some more proof that the fans want new and improved figures of their favorite mutants. 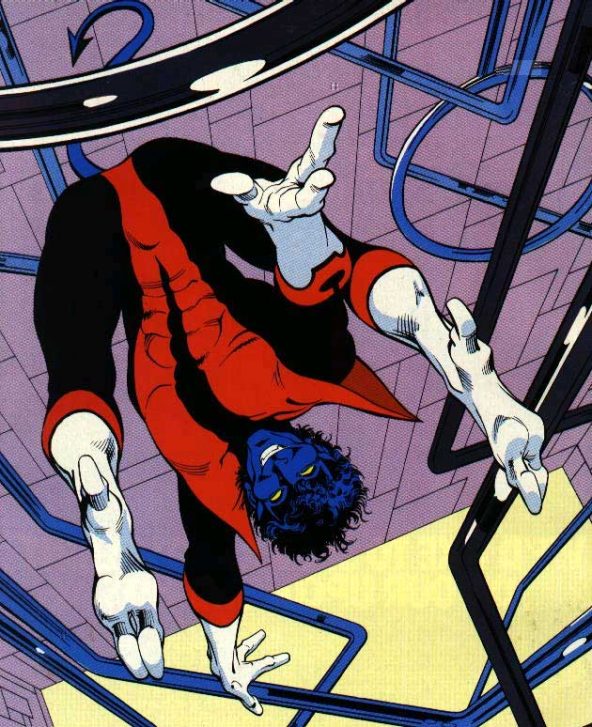 Another longtime X-Man with a figure already produced in the earlier days of Legends. As good as that figure was back in the day, I would just love to see Hasbro make a brand new figure of everyone’s favorite blue elf.  Gotta make him in his classic red and white uniform. Throw in some highly functional, extra articulation and scaled to the new Wolverine figure, and this would become my most wanted figure instantly.  Come on, Hasbro, you know you want to.

At number three is a character who is very complex. British, but Asian. A powerful telepath, but also a ninja. She’s a lot of things for sure, but all of them are awesome. 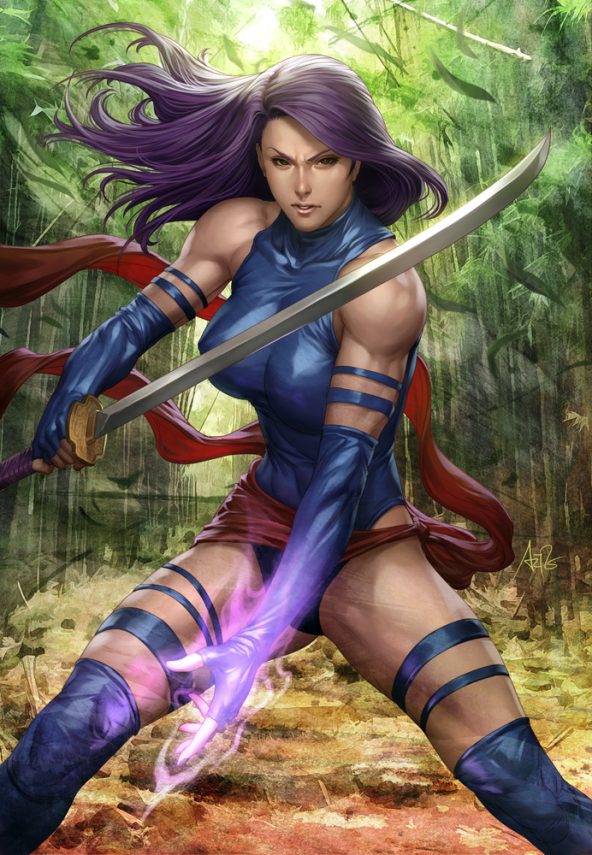 There were a few other votes besides the classic ninja version of Betsy. Armored, and, of course, outback.  The vast majority of her 46 votes were all for the scantily clad ninja we all love. Toss in a sword, a psychic knife effect, and maybe even a sheath, and she’ll be perfect. Although I’d be totally fine with an armored version of her too from her pre-ninja transformation days.

Shocker! Another X-Man! Falling just short of the number one spot, it’s the thief who steals hearts of all da fair ladies of da bayou. Another character who’s long overdue for an upgraded figure. His previous figure is woefully outdated and really doesn’t fit in with today’s standards of Legends. Seeing as we were just treated to the ultimate Jim Lee-era Rogue figure, not getting a Gambit to go along with her just doesn’t seem right. Make him on the basic medium-sized male body, give him a detailed head sculpt with his trademark glowing eyes, toss him in a trench coat, and you’ll have a winner, cher.

Finally, the winner of the top ten poll is yet again an X-Men female.  Winning the poll with an all-time first place record of 62 votes. Like a few other characters in the top ten, there were votes for a few different versions of the character. The Jim Lee-era costume had a strong showing, as did the Mohawk/punk-era version. Classic won out in the end. I would actually love to get all three versions of Storm. We have had the Lee-era costume before, but, again, it’s seriously outdated and in need of a major upgrade. Mohawk storm already has the head made for it and could maybe be pulled off with just a repainted body.

It’s obvious, though, that whichever costume Hasbro decides to go with, Storm would be a very hot seller.

Last year the Build-a-Figure vote was separated by only one single vote. This year it wasn’t that close, but again the winner stays the same. Sauron finished second, but it was a distant second once again to the winner.

Different year, same result. Lockjaw has won the BAF vote every single year. I know the Hasbro guys have expressed interest in building a wave around him as the build-a-figure, but still we wait. With the Inhumans movie in limbo now, it’s a little less likely a Lockjaw wave is just around the corner. However, with the Inhumans almost replacing mutants in the comics, I have to feel like he’s still got a shot. I’m still holding out hope that they find a way to get him to us in a wave, sooner rather than later. Maybe even in a wave with a Gorgon, Crystal, Triton, and Karnak?

Well that’s it for the 2016’s Fwoosh Top Ten Marvel Legends poll. So what did you think? Did your top ten characters make the cut? Leave a comment or head on over to the forums and discuss it.

Here are the full totals from this year’s vote: