With the release of the DC Signature Series Unleashed Doomsday and Damien Wayne Robin, we are now officially living in the post-Classics era of DC at Mattel. However, the new aim and focus is to bring representation from all of the corners that the Classics could not. 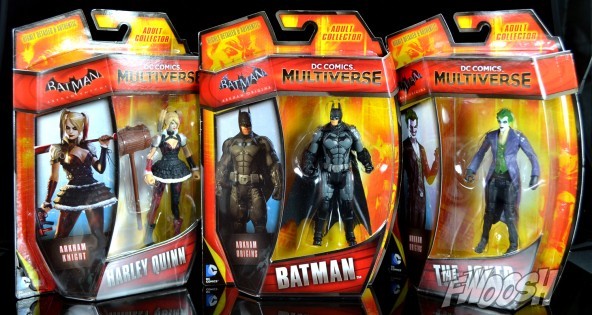 With a shift in philosophy, a shift in scale also comes and what was once dominated by 1:12 scale action figures, the DC shelves have moved to (mostly) 1:18 scale for the current endeavors. Yes, the DC Comics Multiverse line has been running for awhile now as the representation at retail, but with the passing of Classics, it is now thrust into the spotlight as the line for moms and kids, but collectors as well. So, are we in a time of possible evolution for the line or will it continue as it has been presented thus far? Only time will really tell what the collector impact will be, but for the time being, the line is delivering styles and source material that has been demanded for a long time. 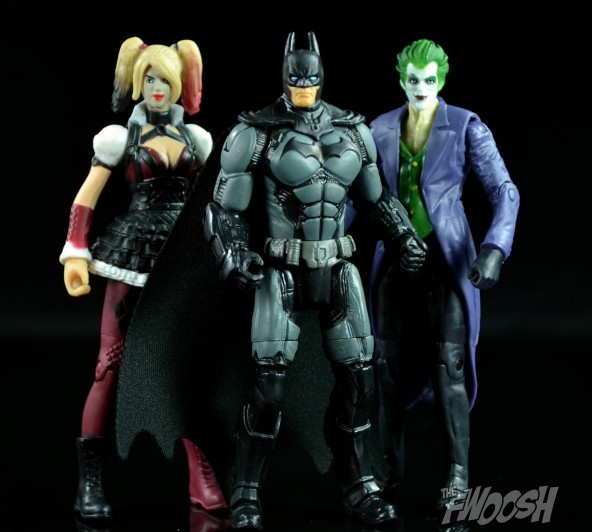 I will admit it, I am a comic-based action figure guy, but that does not mean I cannot recognize demand. I have been at this for long enough to see why direction has been taken, even if it does not present itself with laser focus to me personally, and what has been released in this line looks like a wishlist of different corners of the DC property as a whole. So, I could not think of a better name for the line than “Multiverse” because those movie and video game executions that have been opined for years are finding their way to retail shelves now, and that pretty much blows the gates off of what we have been trained to expect from a typical comic-based property line. 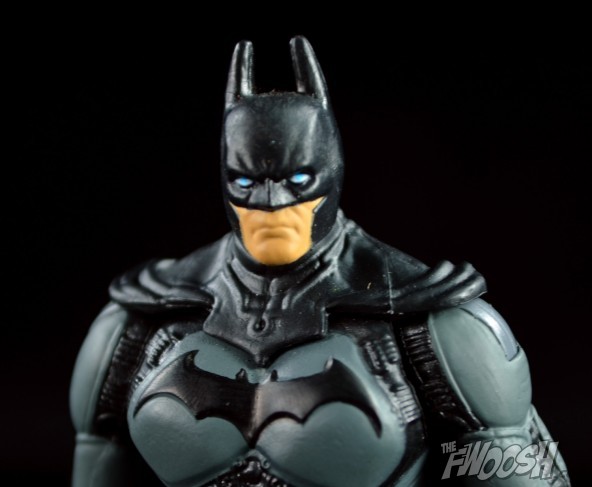 Movies from past and present, games and specific comic story lines are all at play here, so while the Multiverse line is still relatively new, its fingerprints are already all over the map in terms of the corners it is covering. It is no secret that there is a special place reserved for the Christopher Reeve Superman, or the Tim Burton Batman universes and right out of the gate, they finally found representation in a Mattel line. Towards that end, there is no denying that the Arkham Asylum video game series is one of the most popular DC imprints going so it is of little wonder that some of the most prominent pieces of that world are now finding their new lives in plastic. 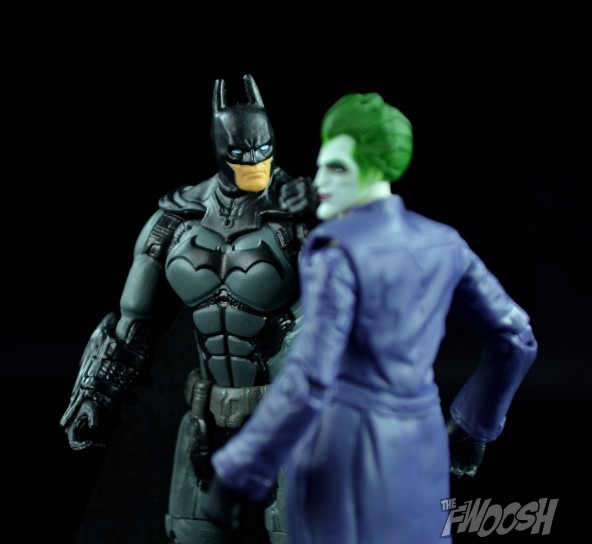 Such are the subjects of this feature: Arkham Knight Harley Quinn and Arkham Origins Batman and Joker are built off of a style that, for many, is their most recognizable, especially for the villains. DC has been expanding their media representation quite a bit over the past few years, so it only makes sense that the action figures follow suit, so if you are an Arkham fan, I have a feeling that you have a lot to look forward to in the Multiverse line because, aside from having the Gotham phone book represented in the game, many of the characters have all new takes in terms of design.

Speaking of design, with the passing of Classics so too goes the largest Four Horsemen representation in the DC world. So, it is funny that (I believe) that former Horseman, Chris Dahlberg, is handling the sculpts for this line, at least in part. Since these are based more off of strict source material rather than the “Horsemen” style and interpretation, there are different rules that they are playing by with these, but that Arkham aesthetic is instantly recognizable. 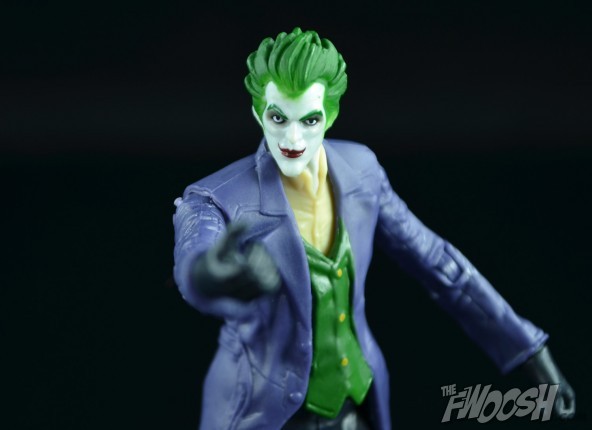 The relationship between video game character design and action figure. Typically, I find modern video game characters to be over designed, with folds on folds and pockets on patterns, but they do often open the toy door to some interesting possibilities. Now, the Arkham stuff actually strikes a good balance between detailed and iconic, so Mattel is definitely smart to strike with a popular and visually interesting property. 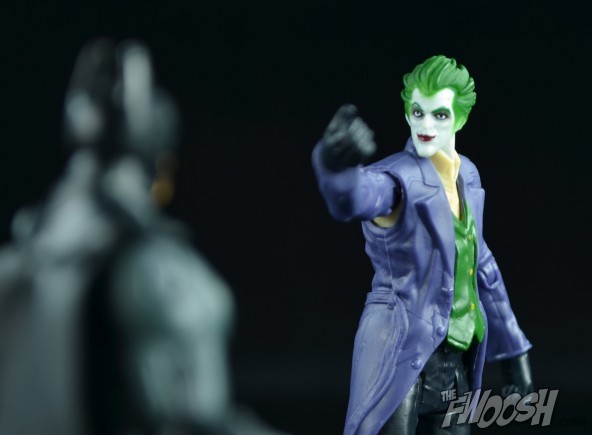 Aside from looking younger, and slightly prettier, Joker is pretty much inline with the required classic elements that make his look so iconic. He has the white face, red lips, green hair, and purple trench coat that are unmistakably his, so I would call him an anchor not only for the strength of character, but for the iconic look. I think that is important when you have a group of characters that have varying levels of redesign, and the Joker keeps one foot in history while updating to the game’s grittier style.

Batman’s game update is one that actually makes the most sense: he is now armored up. The cowl and cape are all still present, but when you are spending your nights fighting some of the most dangerous people on the planet, it is better to go with Kevlar rather than spandex. I know this upgrade is popular with fans, mostly (I think) because respect to the character has been paid, despite the rather substantial redesign. At any rate, the armor plates and textures make for a very interesting look for a little plastic man. 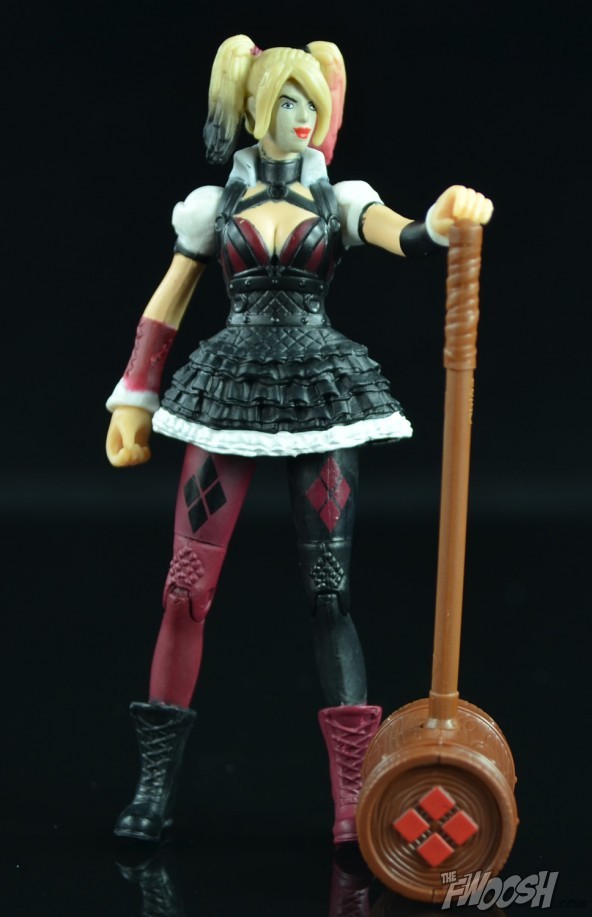 Harley Quinn has had the most cosmetic surgery from origin to game design, but her comic look has come right along as well. The spandex and harlequin hat are gone in lieu of bustier/corsets and pig tails, but when you get to the heart of it, it is still appropriate for the character. I could talk all day about the (apparent) need to expanded sexuality for female characters in video games, but I am sure we have all had enough “gamer gates” this year, and really, this is fairly conservative by a lot of standards and DC has a larger audience to consider. At the end of the day though, it is a cool look and it does lend itself to plastic quite well.

Finally, talk about the level of articulation in these figures is something that has been present from the beginning among the collector sect and anything short of norms is generally admonished. So, since this is THE game in town now, it will be interesting if the articulation scheme will evolve based on the collector needs/demands. While these are far beyond (most of) the Infinite Earths figures, biceps swivels, ankle cuts and standard wrist swivels would bring another dimension to these guys. 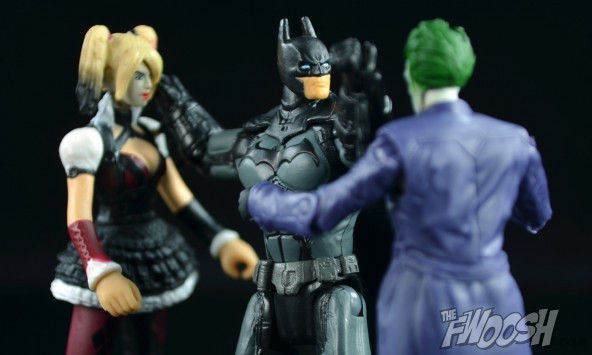 While we lie in wait for what news Toy Fair will bring in February, I cannot help that there are LOTS of possibilities for the future with the Multiverse line. We already know that Clayface and the classic Arkham Batman will be coming, but it will be see what “Multiverse” will be tackled next in this all-encompassing line! 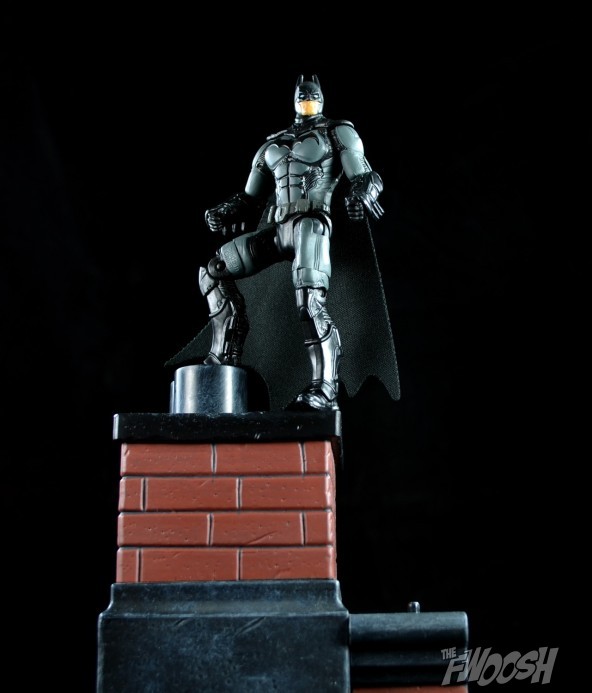 *Thanks for reading and thanks to the DC team at Mattel for providing these samples for a feature.