The results of the annual Fwoosh Marvel Legends Top Ten poll are in! We revealed the top ten list last week on the Fwooshcast, and in case you missed that, you can check out Hagop, VeeBee, and myself break down the winners here.

The podcast was a blast and I hope you guys liked it. But I’m a tradition guy and it just wouldn’t be the Top Ten results without some pictures of the characters who placed and some reasoning for why they’re here. So here it is:

Just like last year, the Build-a-Figure vote wasn’t even a contest. Lockjaw is the winner with 27 votes. The next closest contestant was Stature with only 10 votes. It’s pretty obvious Lockjaw is a big want for Fwooshers, and as well he should be. He’d make a great figure, and with the Inhumans getting more exposure in both comics and maybe even the movies, you gotta think this guy will get made sooner than later. Or so I hope.

The top-ten winners were a much closer vote and we even had a few ties. So instead of just 10 I’m expanding the list a bit with 14 characters because the vote was so close. Plus, I make the rules!

The number 10 result brings us our first of three ties in the top ten. At number 10, both coming in with 17 votes, we have Havok and Namor. 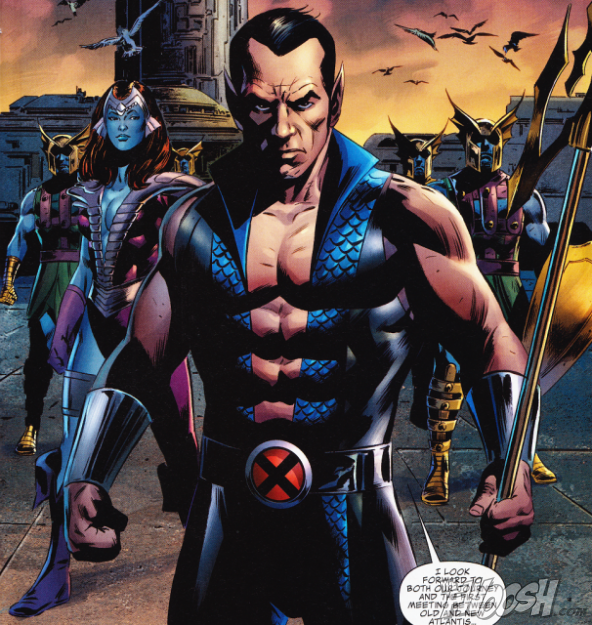 Namor is well deserving. For such an important character in the Marvel Universe to have never received the proper treatment he deserves is a shame. The ToyBiz figures are dated, and the Hasbro offering is… well, it’s bad to say the least. What’s interesting is the vote was split down the middle for his modern look and his classic “speedo” look. I’d personally like to get both. I don’t know how feasible that would be cost wise, but, man, I’d love it if it happened. Being such a major character, I think he deserves the extra love to get both versions to us.

Also with 17 votes is Havok, another character who’s long overdue for a new updated figure. Alex’s modern look was the big favorite here, but the question is what is real his “modern” look. He’s had a few new looks in the past few years, and that tends to be a problem when you change costumes and never get that iconic look that the original outfit had. I’d be happy with either of these two versions personally as they’re both pretty close: 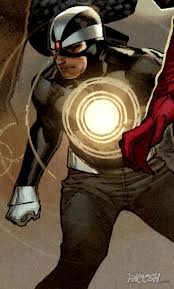 Just as long as we don’t get this version. Yeesh.

As if the tie at number 10 wasn’t enough, we have a three-way tie for the number 9 spot. With 18 votes each, Blink, Multiple Man, and Quasar all make the list.

Blink is a great choice. A big fan-favorite ever since she first showed up in the alternate Age of Apocalypse universe, she never has received the ML treatment. Now with her comic appearance building and with her being in the latest X-Men movie, this seems like a solid choice to be a solid seller. 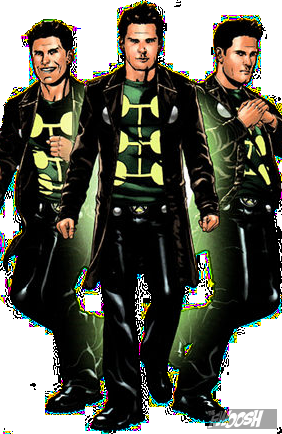 Multiple Man, or Madrox as he’s better known these days, is another glaring missing piece to the X-shelf. He’s been around for a long time, has had some pretty important moments, and carried the X-Factor book for a really nice run. There was a mock-up figure of him shown at Sand Diego Comic Con a few years back during the Fan Poll contest, but unfortunately he didn’t win and he was shelved. With that figure being based on the Samuel Jackson Nic Fury figure, it was a bit lacking in my opinion. Maybe his not winning the fan poll was actually a blessing in disguise so Hasbro can tool up a new figure for him that can also be used for other non-spandex-wearing characters in the future. 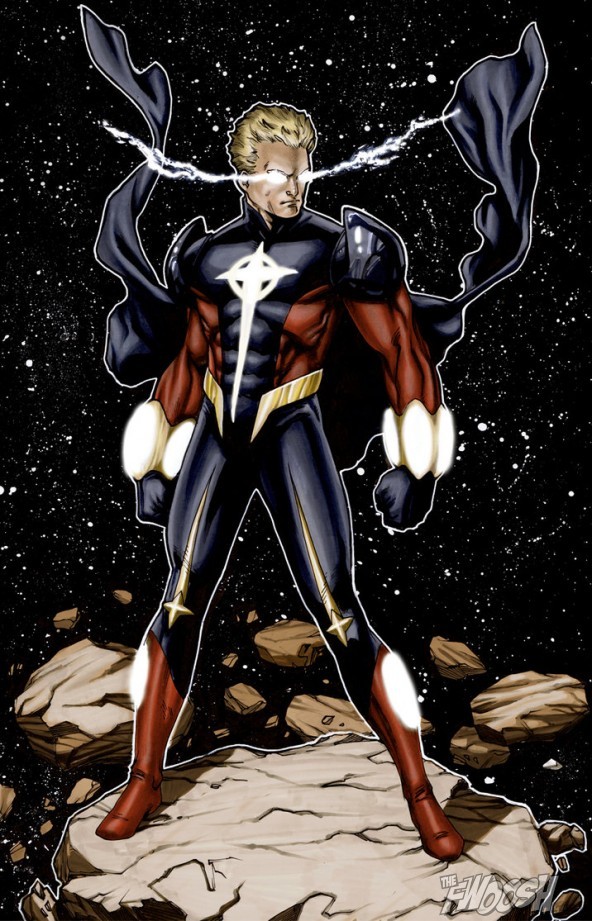 Quasar was the big surprise for me in the top ten. He had a really strong showing, and, being semi-related to the Guardians of the Galaxy, I can only assume their rise to fame only helped his case. He’d make a very cool, toyetic figure I would think, but the only problem would be which costume to place him in? Personally I’d have to go with one of the two pictured here. He’s had a few other looks, but I think these two stand out the best. I’m not sure if Hasbro would devote funds to making a variant and somehow get us two versions, but I’d be in for both of them. 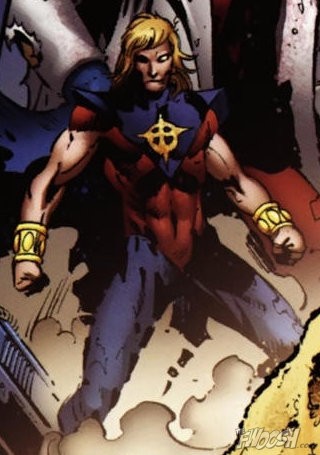 At number 8 with 19 votes is Wonder Man. I don’t think Simon’s ending up here is a surprise, but the fact that 12 of his 19 votes were for the safari jacket version is. This is another character with many, many looks, as you can see, but if I had to guess, I’d think we get the more modern look for him. We could also end up with a first appearance or classic variant too. I have a hard time believing that the safari jacket version would get made simply because of the unique tooling required, but hey crazier things have happened. So keep the dream alive! In the number 7 spot comes Mockingbird. Now, I have to be honest, this is a huge want for me. I love the redesign of her look. It’s one of those great redesigns that keeps the classic traits while making it more modern and sleek. With Bobbi being rumored to appear in the televised Marvel Universe, I’d hope a figure of her would soon follow.

Ever since her return as one of the crew captured by the Skrulls, she’s been a mainstay in the Avengers and the Marvel Universe as a whole. Plus she was an Avenger during some of my all-time favorite Avengers comic runs, so I need a figure of her. I’m not above begging either, if you’re listening, Hasbro. Please. Pretty please. With cherry on top.

With our third and final tie of the top ten at the number 6 spot — Daredevil and Captain Marvel Monica Rambeau both get 21 votes. 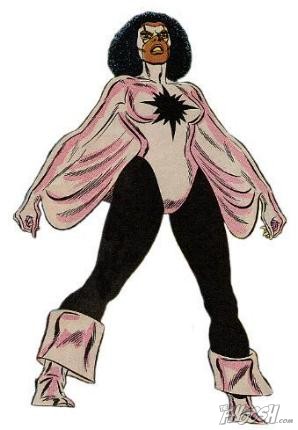 Monica Rambeau has had a few different code names as well as costumes. The Captain Marvel, or Photon, look is the one all the kids go crazy for still to this day, though. I think that she is one of, if not THE glaring omission to the Legends collection. With her consistently showing up in our top ten poll, I think that shows that others feel the same way I do about her. This guy, more than maybe any other character in the Marvel Universe, needs a new figure. The previous figures from both ToyBiz and Hasbro are dated. With the awesome new base bodies that Hasbro and Gentle Giant are putting out, making Daredevil on one of them should be a no-brainer. Plus, with his Netflix show soon airing, even ol’ horn head himself can see this one coming soon. Making him on the Bucky Cap body just seems too easy, though, so maybe give him a swappable unmasked Matt Murdock head?

All by himself in the number 5 spot is Darkhawk. Another usual big vote getter in the poll, Darkhawk gets all the way into the top five this time with 22 votes. Now, whether that’s because some of the usual suspects have actually had figures made, or just because of a rise in his popularity, I don’t know, but I’m happy to see him here. I know some write his character off as ’90s kind of thing, but, personally, I need a figure of this guy. Put him on the medium-sized body; slap a shiny, metallic paint job on him with a solid head sculpt; and you have a figure that would stand out on your shelf and the toy aisles.

Making a huge jump all the way to the number 4 spot is Executioner with 23 votes. 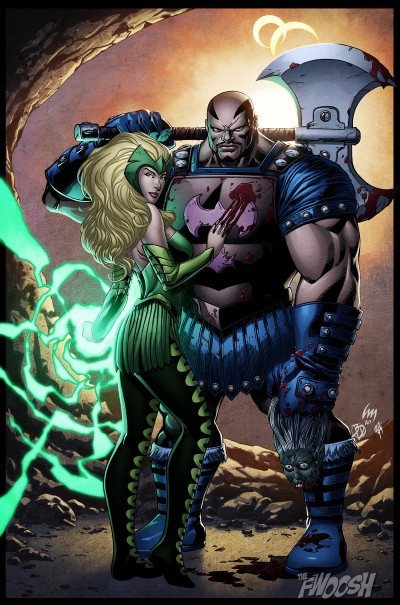 I would say this guy is definitely due. A long time Thor baddie, he’d make a great figure built on the Hyperion body. If he appears as a character or even one of the main bad guys in Thor 3, I have to think we’ll get a figure of him. There were a few votes to get him as a build-a-figure, but I think he’ll work as a standard-sized one.

This is where the cream really rose to the top. The top ten from 10 to 4 were all separated by a combined 6 votes. The top 3 were all at least 8votes ahead of them. 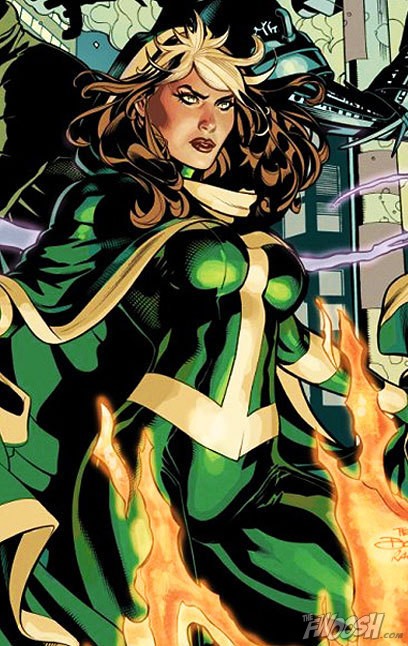 A long-time member of the X-Men, Rogue has a had a few figures, but none hold up to today’s female figure standards. There was a figure of her that was scrapped in last year’s Wolverine wave, but with the new, better sculpted female bodies, I’m good with that. I think a character as great as Rogue deserves the best and that Elektra body isn’t going to cut it any longer. I would put her on either the Moonstone or Medusa bodies. Now, as far as costume, her modern look won out over the Jim Lee version, but just like Havok, which version is “modern”? 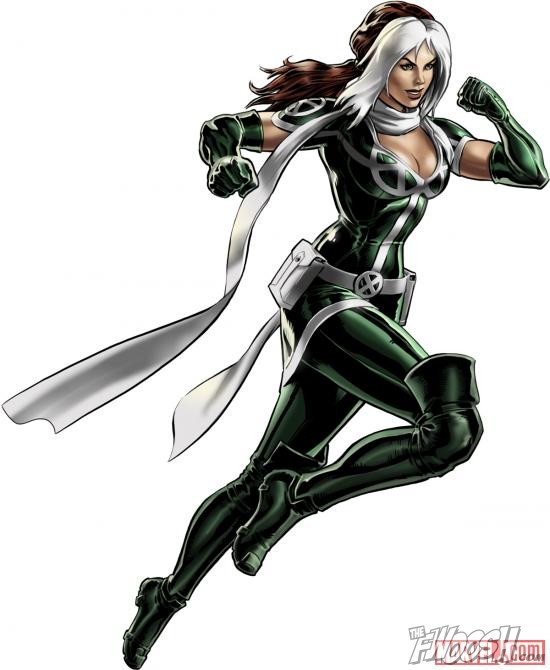 I’d really be happy with either. Her new Uncanny X-Men look really brings me back to her original look, and I dig that. Her previous costume is also a favorite of mine, so I’d be happy with either choice. Let’s just get it done this time, Hasbro. No take backs this time!

Looks like Polaris is, once again, the bridesmaid and never the bride because she comes in second in the voting for the second year in the row. With 38 votes she had another strong showing. It really is hard to believe that Polaris has never had a figure made of her in the Legends line. A long-time X-character, who has had stints on both the X-Men and X-Force teams, you would think they would have gotten to her in some shape or form by now. But hey, we all know female characters don’t sell well. Right, fellas? Ugh. Can we please put that way of thinking to bed? As long as she’s a well-made figure, collectors would buy up Polaris like crazy. Stick her on the new Storm body and in her iconic green costume and I’d be happy.

And in the number 1 spot, with back-to-back titles, we have Enchantress with a whopping 44 votes. 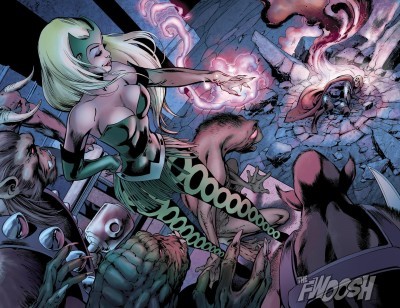 Another figure that both has never been made in Legends, and should be a no-brainer. One of Thor’s main baddies, and always seems to be in the top ten votes, I think getting a figure of her is long overdue. Not much else to say about her, and with the wide selection of female bodies Hasbro has to choose from, I see no reason why they don’t get to her very soon.

On a really sour note for myself, just missing the cut was my number one want in Legends form, Miss Kitty Pryde in her modern outfit. So close! Maybe next year, Kitty. Well, that’s it for this year’s top ten vote. I think it’s a list that will make a lot of collectors happy, and after seeing how many figures got made of characters from last year’s list, I can only hope the same is true with this year’s list.

Did your votes make the list? Happy with the result and want to gloat about it with all your choices being so popular? Or did your crusade for your favorite character to make the top ten crash and burn? Talk about it here!

Here is the full list of all the votes: