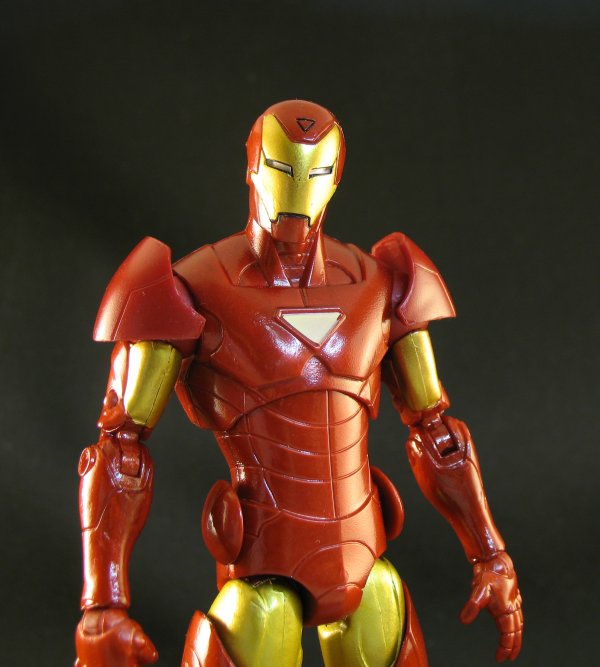 Continuing the reviews of Hasbro’s wave 1 figures, next up is Extremis Iron man. Is it good, is it bad? Does it want to sleep with your wife and not call her the next day? Find out.

Hasbro’s Tony Stark is a lot smaller than Toybiz’s. Weight Watcher’s works even on billionaires.

As has been said, the brand new, much-requested Extremis Iron man falls in line sizewise with the previous movie and two-pack classic Iron Men that Hasbro has put out. Some view it as undersized. Tony does look like he’d have to suck in damn near everything he has in order to fit inside that armor, even if it does come out of his bones (a plot point I’ve never really dug) A lot has been tossed around as how Tony’s 6’7 in the armor. Well, the stats are wrong, so ignore that. So sayeth me. 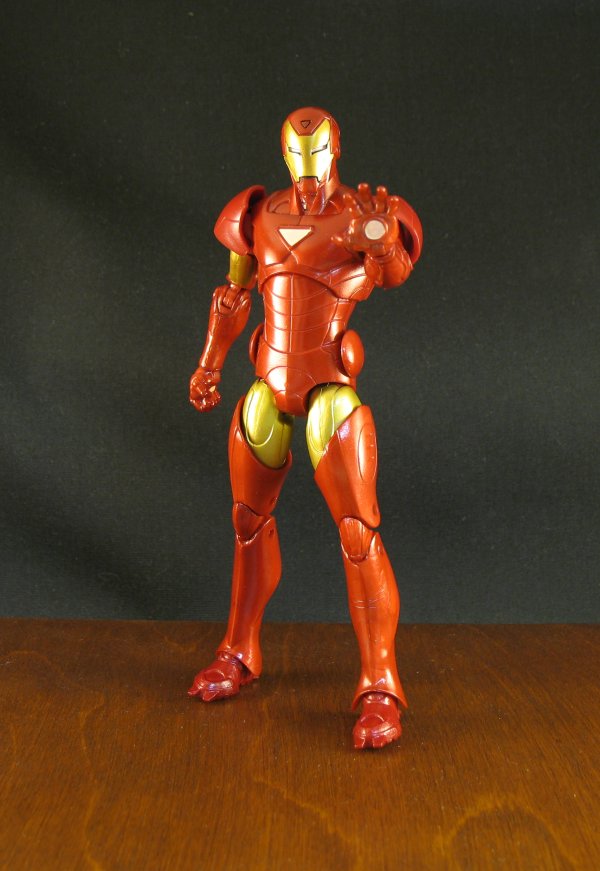 As a singular presence, it’s a great looking toy, with a nice shiny metallic red that doesn’t come off orangey like red can trend towards. Red’s my favorite color and I do love this particular shade, what I always think of as “Emperor’s Royal guard” red. Those brilliant red guards spilling out of the shuttle in ROTJ never fail to tickle my color sensors.

His torso has a nice range, and more important, his head has a superb amount of range for those perfect flying poses, something very important to all fliers. Nobody looks down while they’re flying. Except for Stiff-Neck Man, I guess. 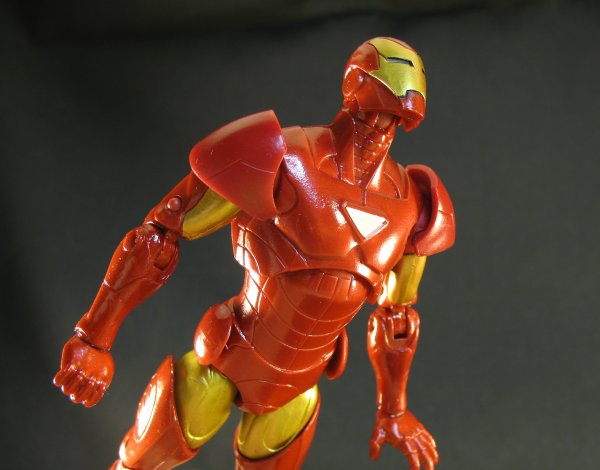 His size is a problem when stacked against other figures from the same wave. Steve towers over him, and I think Tony could wear Steve’s head for a helmet. Hasbro needs to come to some type of uniformity in their scale issues, because even if you’re not a scale nazi like me, there are some major discrepancies. 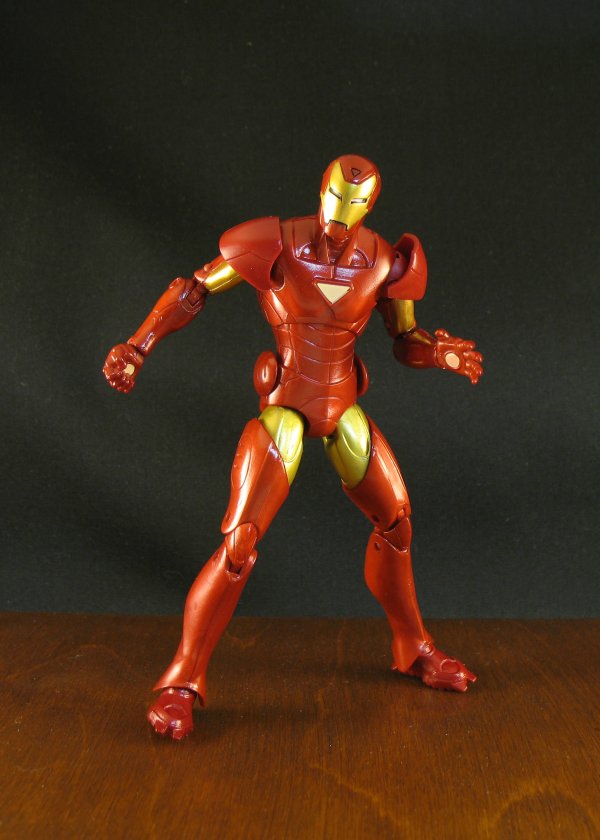 He’s got an uncomfortable articulation scheme around the hip region. While I appreciate the attempt to bury the swivel inside the thigh sculpt, his expressive range is limited due to the lack of room in the actual crotchpiece. If some more room had been hollowed out there the figure’s play value right out of the box would be considerably bumped up, but as it is posing suffers because of it. 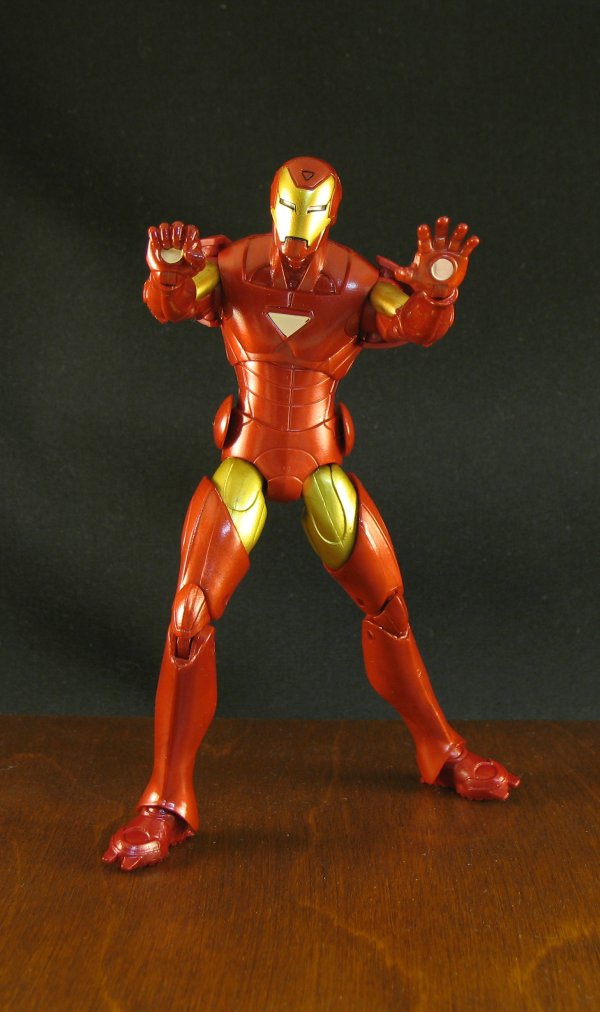 Of all the figures from wave 1, Iron man would have benefited the most from extra hands and a swappable, unmasked head. Extra heads I can live without, but a pair of fists couple with a pair of open repulsor hands would have been ideal. One of each is an almost acceptable alternative, but a few extra details here and there would have bumped the figure up a whole new level. As is though, Wave 1 so far has been some “needs improvement” figures and some “good enough” figures, with nothing really blowing my mind. If I can track own a GR, I’ll provide reviews of him and Terrax, who, with the parts I have put together so far, is looking like he may actually provide that missing element.