Mezco announces the newest addition to their Marvel One:12 Collective line, the fall exclusive Red Skull in his green jumpsuit!

The origin of the Red Skull has had numerous revisions over his nearly eight decade history. Likewise his appearance has also changed. With this Fall Exclusive, Mezco presents the Red Skull in the classic green jumpsuit he wore during his 1stencounter with Captain America in 1941. 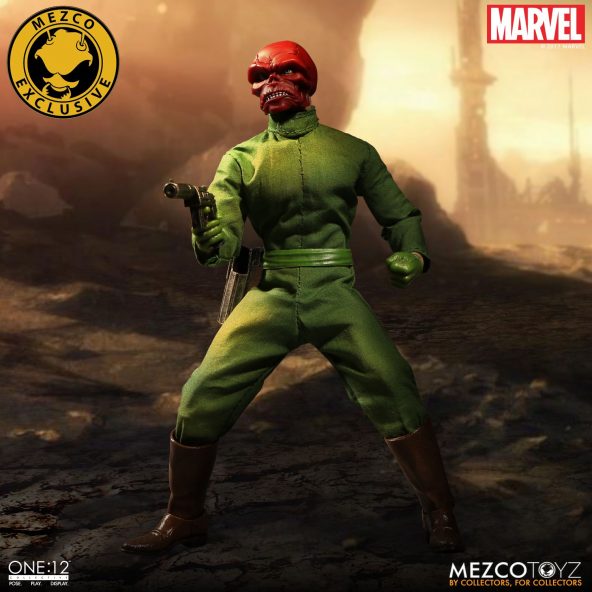 With the militia force of Hydra’s army at his disposal and harnessing the untold power of the Cosmic Cube, the Red Skull is a constant threat to all of humanity.

The One:12 Collective Red Skull Fall Exclusive figure joins the One:12 collective with a comprehensively detailed outfit and unique character specific accessories.

This limited edition Mezco Fall Exclusive is only available via our website and at the Mezco NYCC booth #1954 while supplies last. 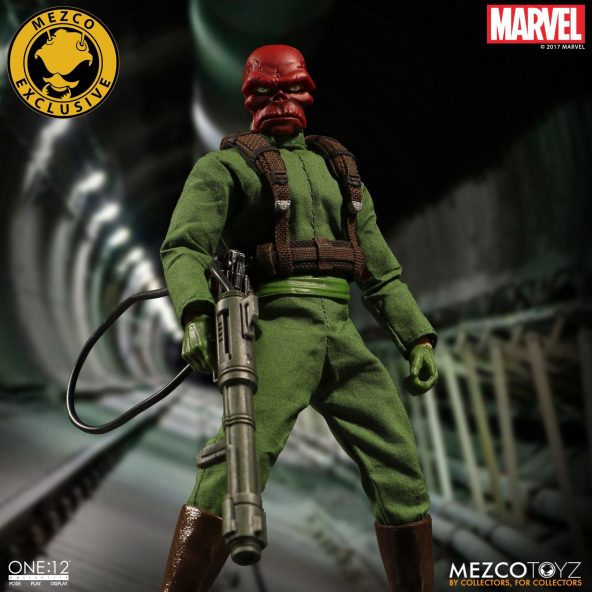 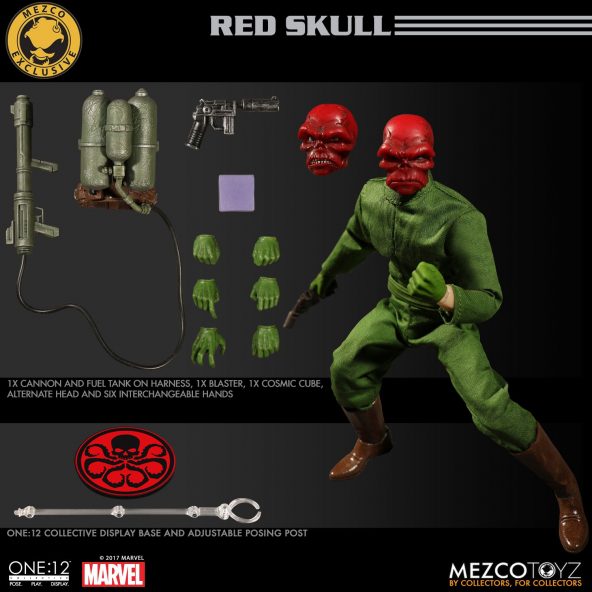 Each One:12 Collective Red Skull Fall Exclusive figure is packaged in a collector friendly box, designed with collectors in mind, there are no twist ties for easy in and out of package display. 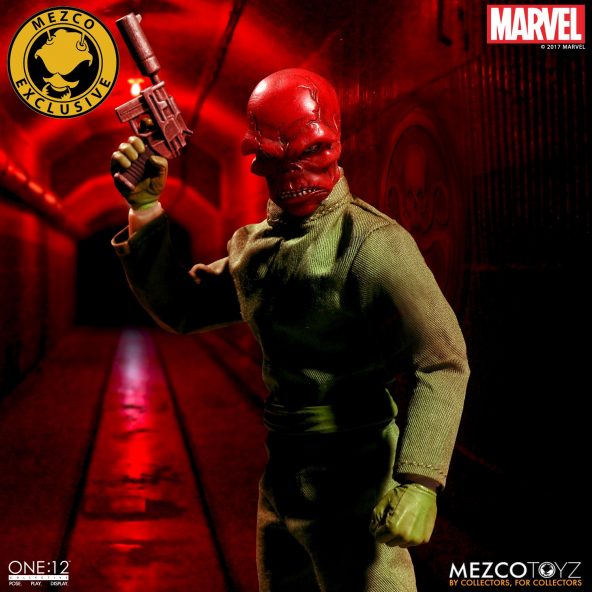