I love the concept of a Hulk Jr., and Hulkling represents that in a big way. While his past was a bit of a mystery, Hulking represented a Hulk Jr. in the Marvel Universe. 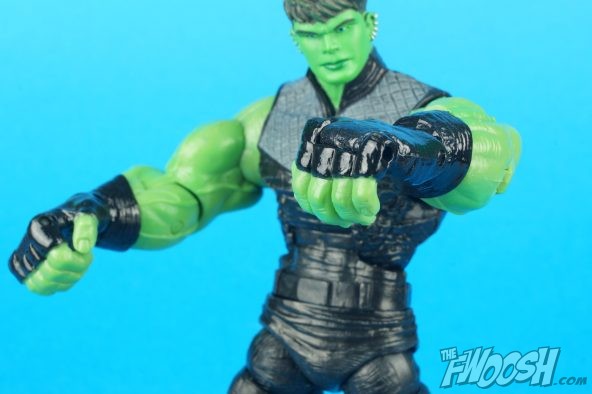 … until Skaar came along and then Banner de-Hulked everyone, that is. Luckily for Hulkling, he couldn’t be depowered. Why? Well, he’s not really a member of the Hulk family. Teddy Altman is really a Kree/Skrull hybrid and heir to the throne of the universe, or something crazy like that. So, not a Hulk, not a member of team science, rather a member of team cosmic. And he’s Wiccan’s boyfriend. Okay, quick history — long time ago during one of the many Kree Skrull wars, the Avengers were kidnapped by the Super Skrull. Captain Mar-Vell managed to get it on with the princess of the Skrull king and they made a beautiful baby, the shape-shifting Hulkling. Hulkling is still around and current in the Marvel Universe, and he continues to be a character of not-tapped-enough potential. 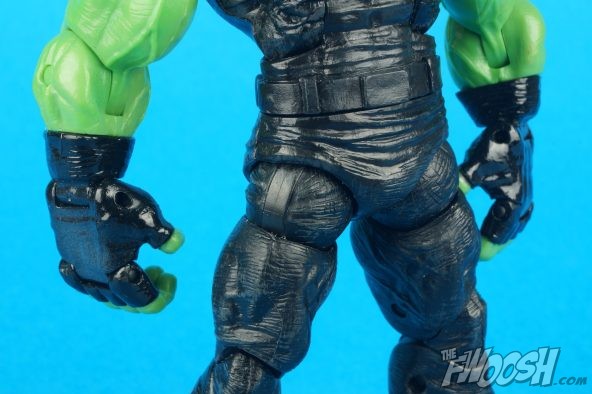 The toy, on the other hand, has been tapped quite a bit. This figure became a heavily reused base figure for a number of characters, Crossbones (x2), the Wrecking Crew, and Warpath. It’s an okay base figure; it has some serious size and it definitely looks like Hulkling. However, the legs are all over the place. I don’t remember what the original prototype looked like, but this figure’s legs look all kinds of off. They are super long compared to the upper body, the feet are ginormous, and the transition from thigh to ball hip is not smooth — at all. I really want to love this figure, and I get that the goofy looking legs give him a “teen” look, but it just does not pop for me. 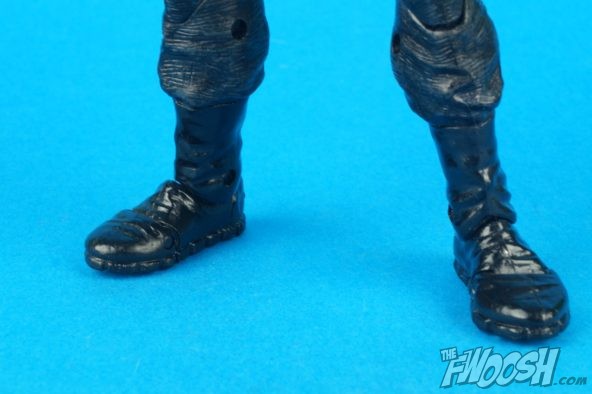 The articulation, however, does pop. It’s that gold standard that ToyBiz was really good about incorporating into all their figures and of all the joints only one needed improvement. The ab joint, maybe mine is stuck, but there’s not a lot of movement in the joint. It would be great to have a full range to get some serious Hulked-out poses. 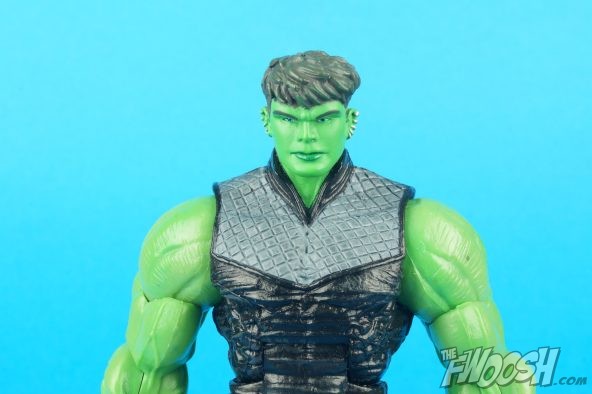 The figure includes a base. That is all. Nothing more. Nothing less. And as mentioned, it’s a base. 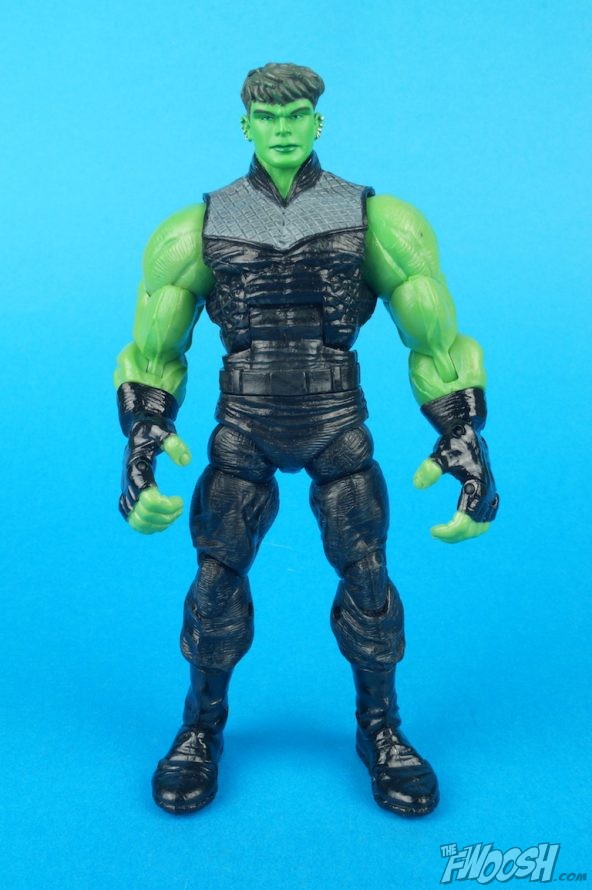 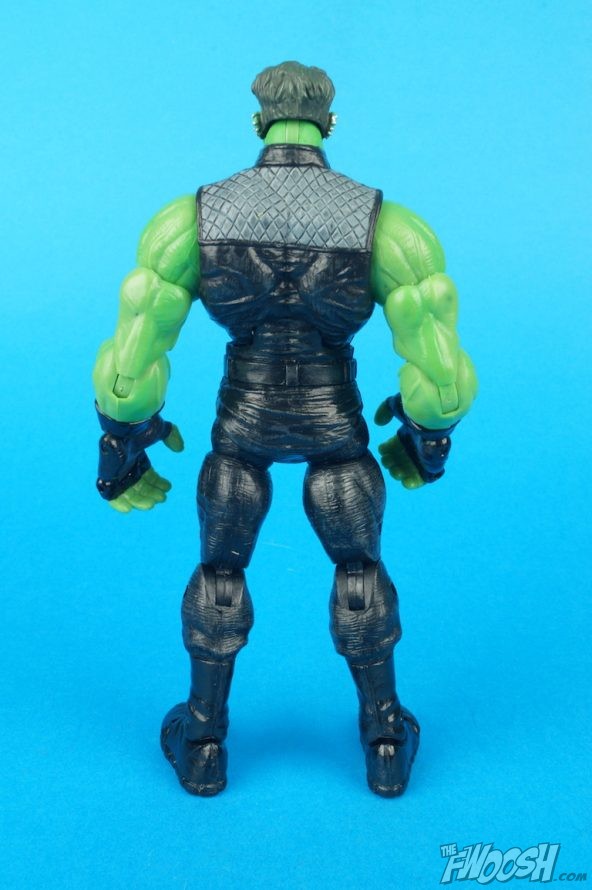 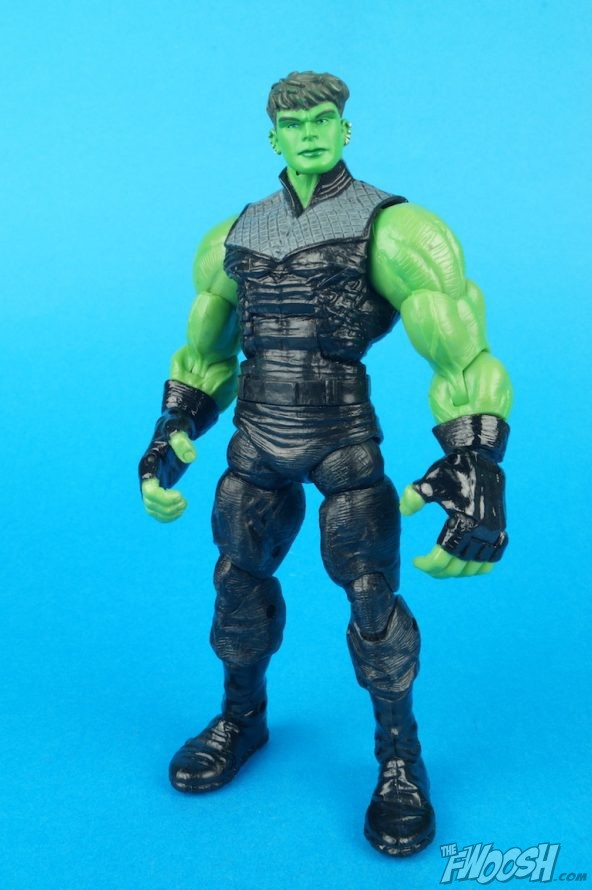 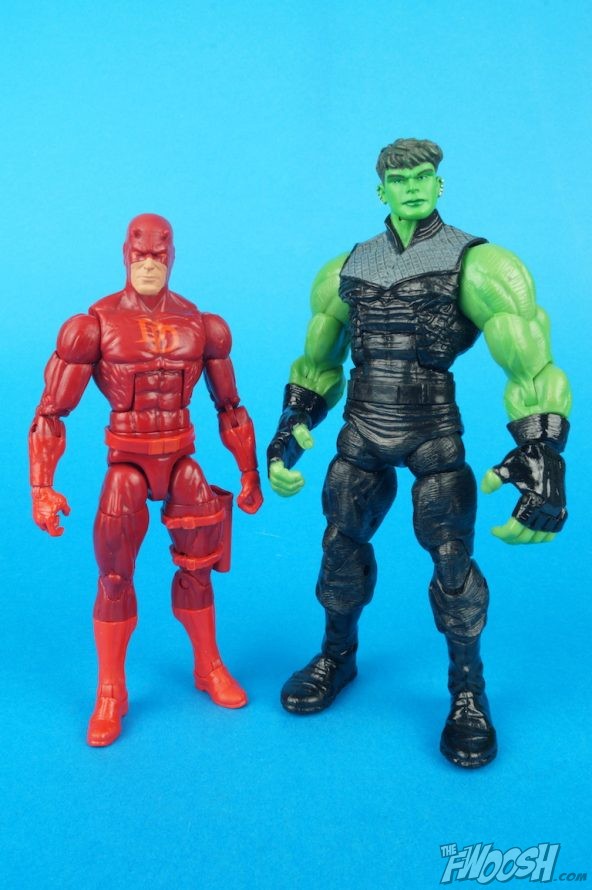 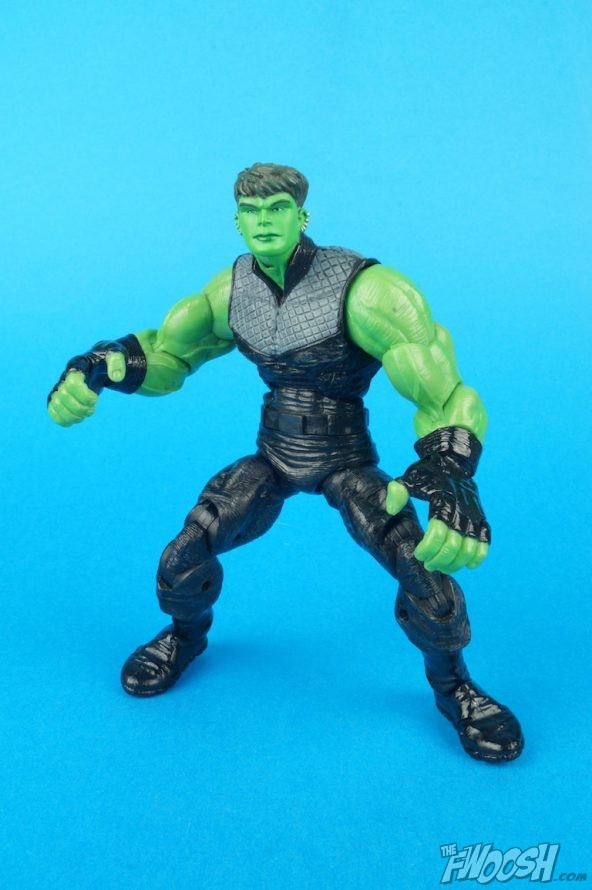 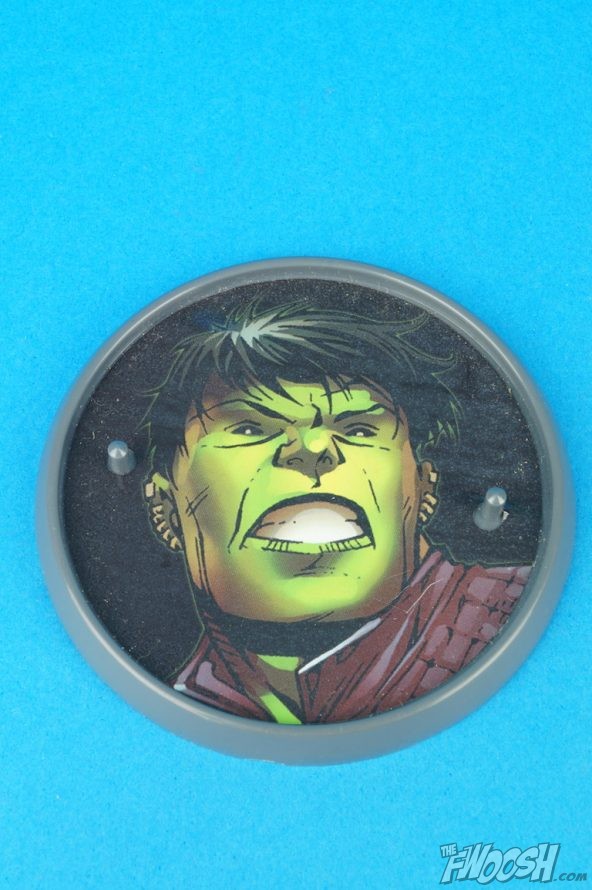 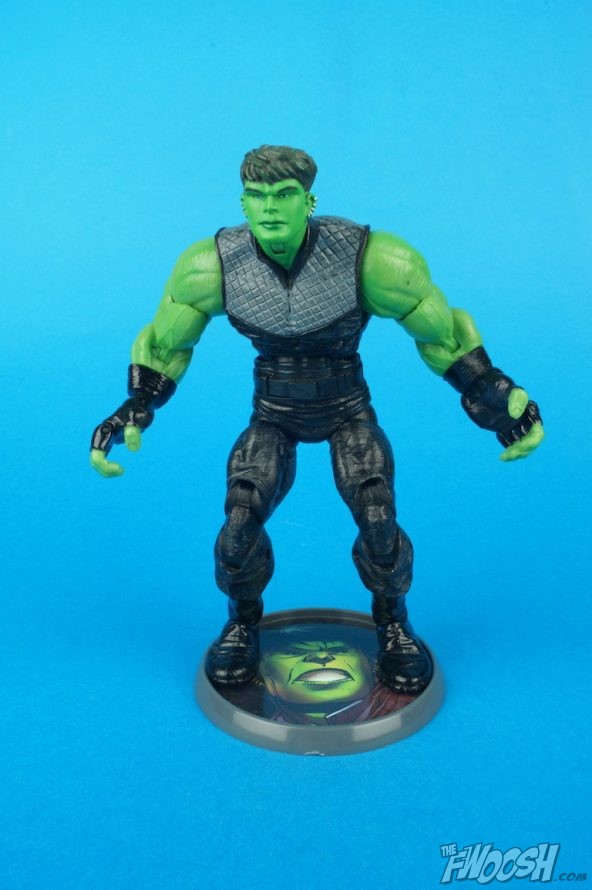