Spider-Man Classics started at ToyBiz in what – 2000? So, it has officially been 17(!) years of Marvel Legends-esque figures being regularly released by two different companies, and we are just now getting our classic Beetle. It is cliché to say “Better late than never,” but you better bring it if you are going to show up to the party so damned late. Fortunately, this figure does just that.

If you felt some out of season gale-force winds back in February, I can assure you it was the collective sigh of relief from the entirety of the Marvel action figure community reacting to Beetle’s reveal at Toy Fair. Marvel Legends has certainly seen its share of latecomers to the line, but that quality on its own is almost easier to deal with when it can be coupled with some near-misses. Yes, this is the first true CLASSIC Beetle we have gotten, and I am thankful, but I know there is a portion of the community that has twice pulled its collective hair out when the giant Mecha-Beetle was released by ToyBiz, and again when the lady Beetle got her shot last year. That is not to take anything away from those figures, but, I mean, come on – this long for an iconic version of Beetle? Madness, I say! 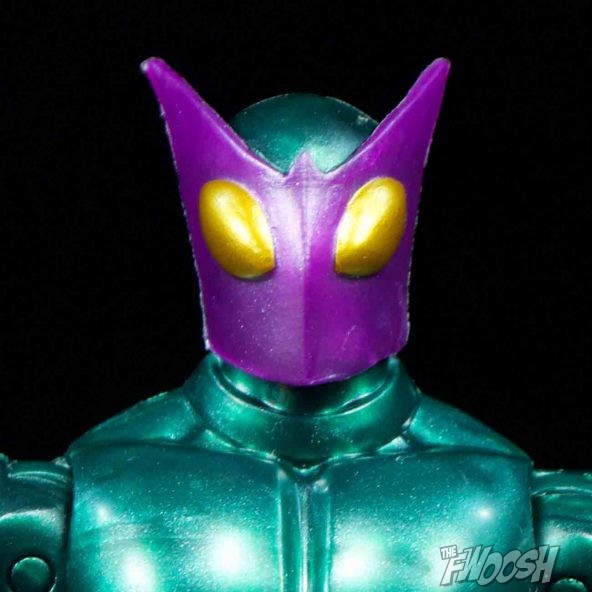 Well, old Abner is here, and for all intents and purposes, in his iconic visage, and he is awesome. Yes, he was even poked fun at upon his figural unveiling at Toy Fair, but the collective fan base has been saying for a while now – Beetle will make an awesome action figure. And he does! Ever since Sony started playing nice with Disney and Marvel Studios, Spider-Man and his colorful gallery of rogues have been getting some royal treatment in Marvel Legends, and there is no dip in care and quality here, this is pretty much everything I have ever wanted in a classic version of the Beetle.

For the most part, we knew that a lot of what was needed to construct this was already present in the ML parts library up Pawtucket way, but Hasbro did not skimp in providing the new stuff that was needed as well. He is a bit of a melange with Bucky Cap legs, Taskmaster shoulders, and oft-reused arms and shoulders, but he also has new hips and an upper torso to help accommodate the wings on the back. His new head sculpt is not anything life changing, but it does match the design for the character, so it is great. What is extra neat about the figure is that the green is cast in a semi-iridescent and ever so slightly translucent plastic. When the light hits it just right, you can start to see through it a bit in places (especially the PVC parts), so while it sounds odd, it makes for a cool effect.

The wings are the real highlight, as they should be, and for having six separate pieces trying to move about in a confined attachment space, they work remarkably well. The four large pieces are, of course, borrowed from lady Beetle, but was pleasantly surprised that the smaller, outer wing pieces where included here as well. The entire figure looks like it was sourced from Web of Doom #3 in terms of reference art, but the wings are most notable as they match that cover without a doubt. My nitpick about the new torso piece is that, to make room for the wing holes, the larger hole is missing from the middle of Beetle’s back, so you cannot use one of the old TB flight stands with this guy.

He also comes with a piece of the movie Vulture’s wings, so if you are planning on building those (I am skipping them) you will need this figure, along with the rest in this series. I think this is the first “Build-a-Wing” series ever in ML, and Beetle comes with the all-important ½ portion the propeller thingees.

What a relief it is to finally have a great figure of classic Beetle. I know it has been a long time coming, but since Legends are better now than they have ever been, I am confident that we would not have gotten a figure this good previously, so I am happy. Spider-Man: Homecoming is likely to be a huge hit this summer, so this series should be in high demand. I just hope I can lock down Moon Knight and Tombstone so I can check this wave off. 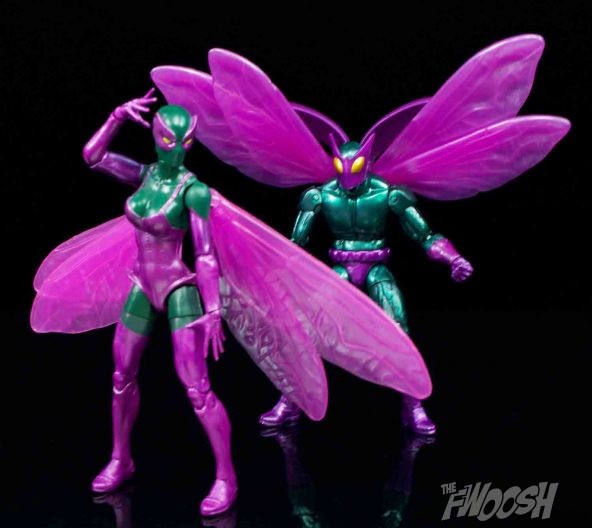