Square Enix is at it again, shaking things up in the Marvel Universe with a Variant Play Arts Kai of Wolverine!

Thing about it, it’s essentially taking an already impractical costumes and accentuating the downfalls. And man do I hate saying that, as I love the X-Men, Wolverine, and the classic yellow and blue. But seeing it with more pointy parts added, more layers, more black while keeping the yellow and blue on a stealthy (sometimes) type character, it’s just too much. That’s just me though, I’m getting old and jaded, this may be right up someone else’s alley. And options make the world go around. 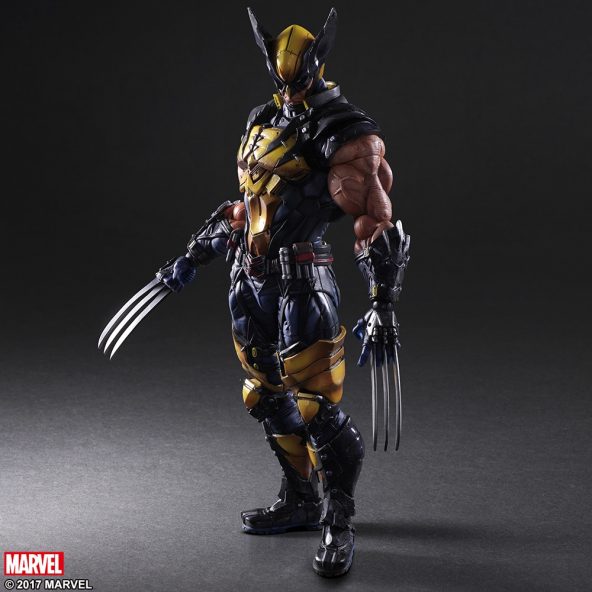 Another thing that doesn’t bug me too much but does strike me funny is the need to give Logan a sword. Hey, ya got six long knives sticking out of your hands that nobody can take away from you, stop being so greedy. I get it’s a reach thing but still, c’mon. 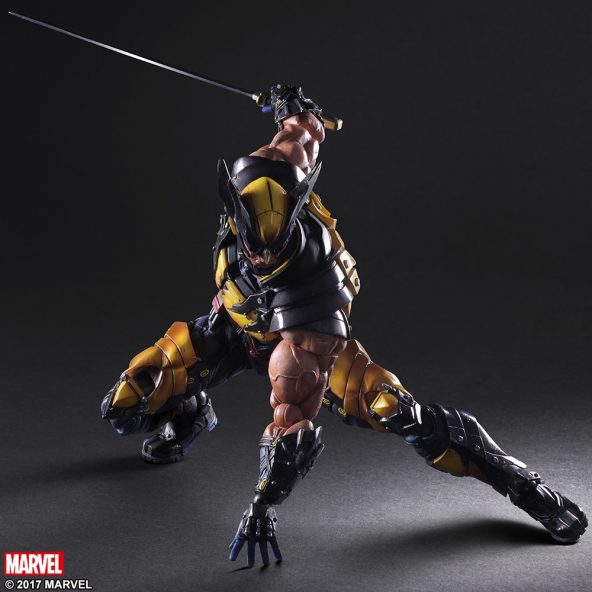 At first because the costume looks like a mech suit I thought maybe the claws weren’t actually from his hands but the suit itself, but if you look at the inside of the open hands you can see the claws coming from between the fingers. And speaking of that, we don’t see the open hand/claws out combo very often. I kinda like that.

Besides the extra hands and sword Wolverine also comes with an alternate open mouthed head and a stand.

Armed with sharp claws made of adamantium, the hardest metal in the world, and a healing factor that allows for superhuman recovery, X-Men hero Wolverine enters the Marvel Variant Series!

Painstaking attention to textural detail can be seen in this Wolverine’s costume and burly physique, from the hard surfaces of the armor, to the organic feel of the skin, down to the bulging veins in his arms.

Shadows are painted in to highlight the molded features, while the paint, chipped here and there off his armor, hints at the many battles in his past. In addition to the interchangeable hands and head, a Japanese katana adds to the variety of poseable actions.

Wolverine will cost $150 and will release in June. 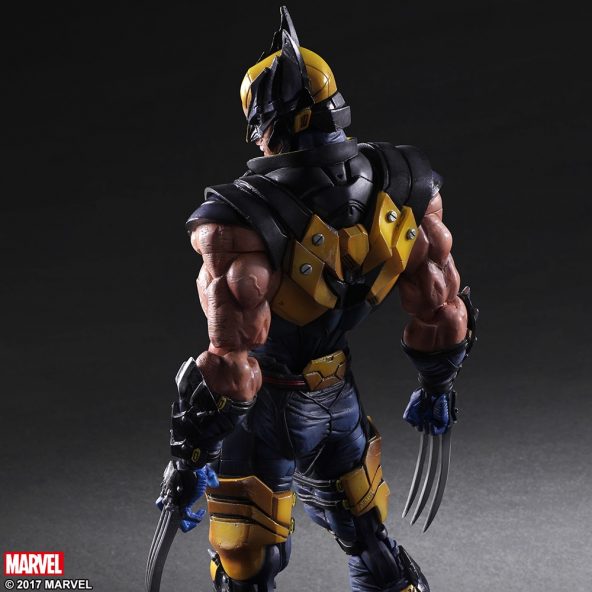