During my childhood there were an incredible amount of influences on my toy collecting. In my last instalment I spoke about the influence of pop culture on my imagination and how it shaped my hobby interests. And as I grew in the next decade pop culture had an even bigger impact.
In the early 80’s Star Wars, GIJoe, Transformers and Masters of the Universe were the toy lines that I collected and played with the most. Each one capturing a part of my fantasy riddled brain. Star Wars had the huge movie machine driving the space opera out of the obscure into pop culture, driven by 2 sequels in the 80’s and a horde of merchandise to support it. It was impossible not to be impacted by the force of this license. GIJoe with its science fiction military special forces teams battling a covert enemy flooded toy stores, comic book stands, Saturday afternoon cartoons and lunchboxes with tales of action and deception. Masters of the Universe or He-man continued the 70’s fantasy theme banging it home with heavily muscled action figures, cartoons and comic books. Finally it’s hard to talk about the influence of Transformers, a license birthed in the 70’s as part of the Japanese Microman (to us Americans, Micronauts) invading our homes in cartoons, comics and movies; a license so strong it still dominates pop culture today. 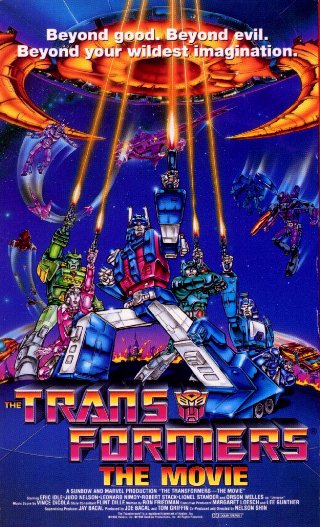 I spent a lot of time watching cartoons as kid, I still would today if time permitted. Not too long ago I sat down and watched Naruto and One Piece as religiously as I watch GIJoe, Transformers, Masters of the Universe, or Macross when I was a kid. Looney Tunes, Flinstones, Jetsons, Tom and Jerry, Mighty Mouse, Heckle and Jeckle, and  Woody Wood Pecker were still big on my list, but they were falling to the side with the introduction of Transformers, GIJoe, He-Man and an army of others. These were huge, they were new tales that continued from episode to episode lasting 30 minutes, and filled with comercials of toys for their prospective licenses. It was a new world and I could not wait for the next episodes. 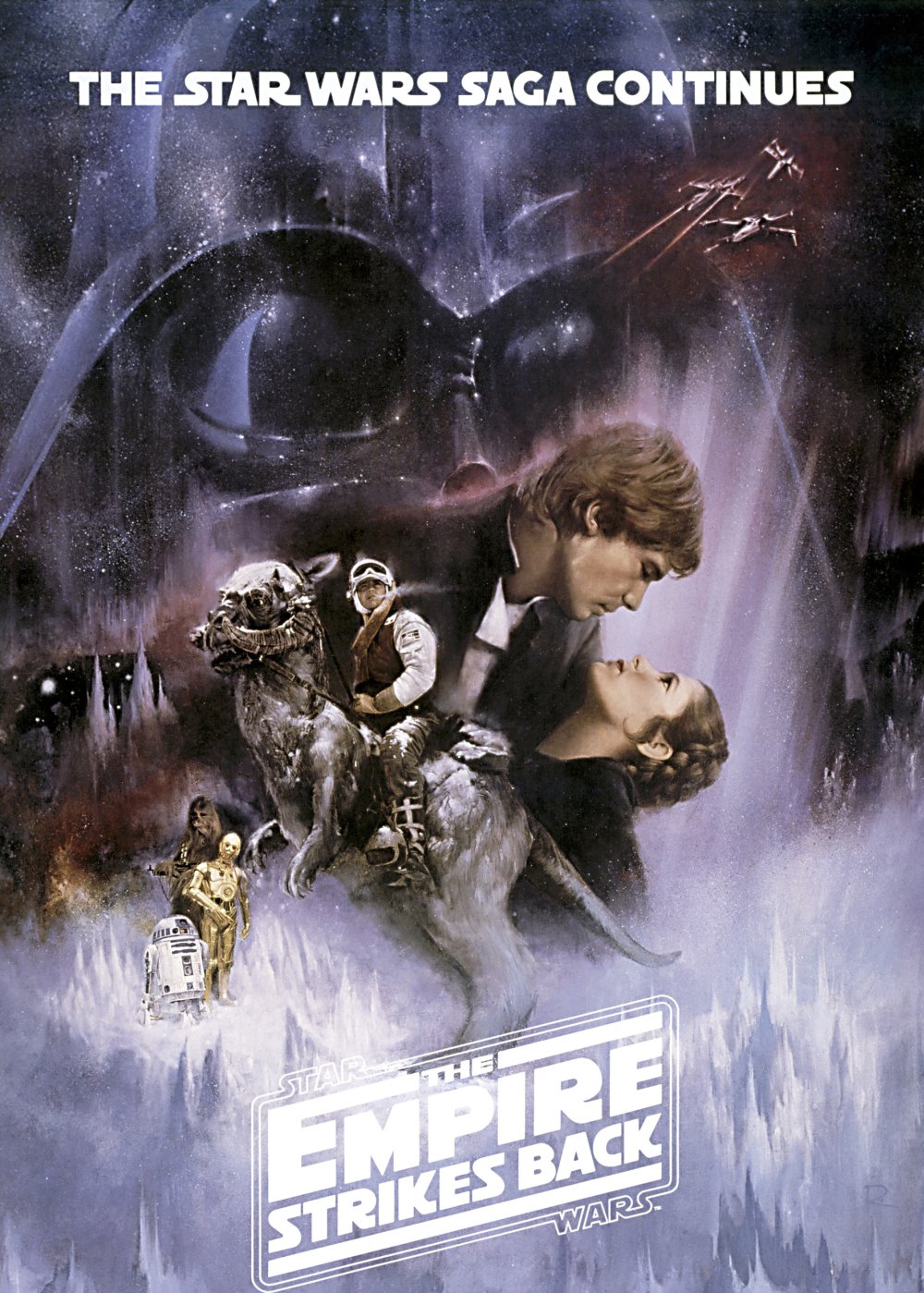 Movies were also starting to take a hold on me. This was an incredible era for movies as the spark of the late 70’s continued to fuel the fantasy, sci-fi and action era of the 80’s. There were sequels for just about everything, if it couldn’t see a sequel then it saw a comic book continuance, tv show or novelization. Our culture was infected and what was once geeky or nerdy became popular. My parents and their friends were wrapped up in the drama of Star Wars or Raiders of the Lost Ark. E.T. was all over the place. Arnold started as Hercules lost in New York and shortly became THE Conan and went on to battle endless crooks, criminals and Predators. He became a household name and one of many popular icons of the time. But it wasn’t just him, it was also the properties he brought with him, my parents were actually talking about Conan and Running Man, these weren’t just nerdy sideshow things, these were now front and center topics at the dinner table. 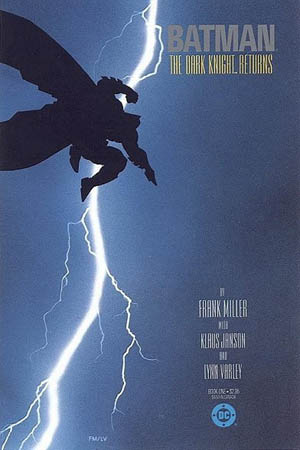 Comics were also huge, the late 70’s saw some major strides in the revitalization of this medium but the 80’s shoved it in our faces. Comic book shops were becoming places to hang out, replacing the floors of 7/11 and Circle K. Now you could to a store that had only comics and magazines covering DC, Marvel, Independents, Sci Fi, Horror, movies and more. Hours would be spent in Dungeon Books and Comics looking for back issues, and waiting for the unboxing of new stuff. But comics took a turn and starting capturing a once lost adult audience with Watchmen, The Dark Knight Returns, and The Killing Joke. One a comic about a troupe of hero’s having sex, betraying one another and dealing with getting old; the other a classic hero coming out of retirement returning to crime fighting in world that’s left him behind. The old ways of catching criminals and the “comic” flair of no one dying or getting was gone, now criminals killed and the heroes were left no choice but to be judge jury and executioner. Finally, The Killing Joke brought us a one shot tale of Batman and Joker where the line between them is as thin as that of pure Genius and Insanity. This adult string started to trickle down into mainstream comics where Marvel investigated the relationships and relativity of their heroes in Secret Wars and DC killed off universes and universes of characters when they merged everything during Crisis. No single comic moment has every impacted me the way the Barry Allen Flash was killed off. 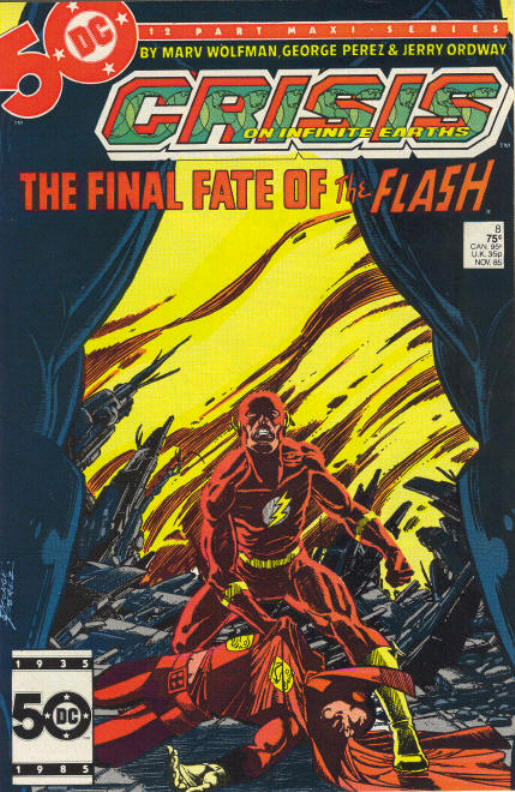 The impact of comics has always been there in popular culture, and continues to be a major conduit. But this period, this transition from the light and colourful Silver Age into the Modern Age was powerful. 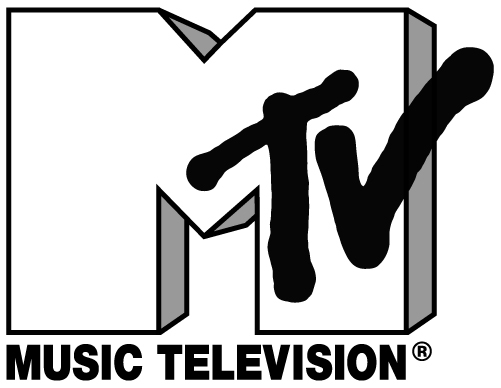 Another powerful transition of the time was MTV, Music Television. Only available on cable this new medium invaded, not just our TV’s but every aspect of our lives. Out were the grimy, ugly snuggle toothed rockers of before; in were the clean cut good looking singers of TV. The one hit wonder bands were shuffled in and thrown out, they had their 15 minutes, good looks, lack of talent and the television need for more more more ushered in a new era of music. I’ve often said looking back I hate 80’s music, which is too bad there were some good sounds coming out during this period, but there was so much and it was being cycled through so quickly that I never rooted with a sound. Until Hip Hop popped onto the scene. Hip Hop or Rap became my heaviest influence during the period of time, the cartoony look of the clothes, and the music that could just about be a soundtrack to any movie or TV show was perfection. It filled the hole that was being created as MTV looked for the small screen friendly faces of Depeche Mode, Madonna and Phil Collins. Hip Hop artists were not handsome by any means, but they made up for it with flashy, cartoony clothes, awesome beats, and a barrage of in your face lyrics. There was no subject they wouldn’t tackle and the lyrics were often a reflection of what was happening in popular culture at the time. Hip Hop was the new rock, my parents spent hours debating whether or not I should be listening to it or going to RUN DMC/Public Enemy concerts, dressing in Adidas sweats and wearing Air Jordans. 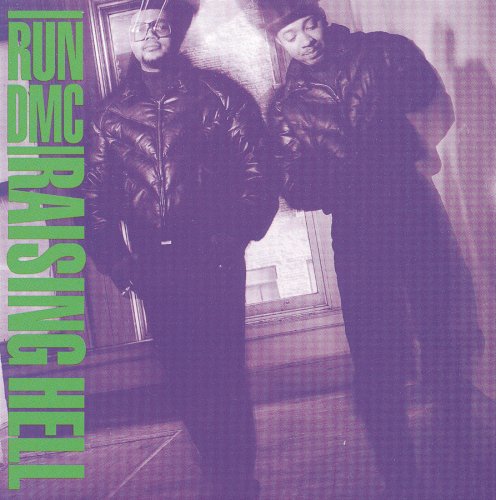 All of these influences landed in hours of sand pile playing with my toys, where the music played on a tape deck and the wars between GIJoe, Star Wars, He-man, Marvel and DC were played out by me and my friends. They had an impact on how I viewed my hobbies and what I wanted from my hobbies, from my toy collection.