We’re continuing a theme of necessary re-do and first-timer today with the Ragin’ Cajun and the…uhh…blinkety blink blink Blink….yeah.

In my Jubilee review, I mentioned how people seem to hate hate hate Jubilee. Well, the same can be said for Gambit, another thing I was completely unaware of before I joined a sight dedicated to people talking about things I had never had other people to talk about such things with. People that love Gambit love Gambit, but the people that hate Gambit superduper hate him.

Gambit debuted a little bit before the whole “Blue and Gold” team thing happened with the X-men # 1. That was the issue that sold about a variantillion issues due to the multiple covers and insane hype. He was already picking up buzz, but the one-two punch of a new first issue followed up by that cartoon a few of you might know about propelled Gambit into rock star levels of popularity.

It’s not hard to see why. He had that whole Wolverine thing going on that propelled Logan into superstar status the previous decade: bad boy loner with a questionable/secretive pass that plays by his own rules and has the hots for an untouchable fellow X-member. Plus he had a cool power set and wore a trenchcoat. If you aren’t aware, the 90s were all about the trenchcoats. Unless you were an Avenger and then it was bomber jackets, but trenchcoats were where it was at. Jubilee, Gambit, Madrox…umm…other non-mutant people like Nomad. Okay, it wasn’t an epidemic, but still.

Hasbro has gotten plenty of life out of this particular jacket mold, but it still works well and looks great, so why not use it here as well? Thankfully, they’ve upgraded the arm situation, so Gambit uses the brand new jacketed arms that debuted (I think) with the Netflix Punisher. It’s not a double jointed arm, but it has a pretty deep bend that goes past the anemic 90-degrees or less that some single jointed arms reach.

Gambit is a well done figure in almost every area. He was always a nimble fellow, and this figure does a good job of that barring any hindrances inherent in the jacket. He features new sculpting where necessary, in the lower legs/feet, upper torso and crotchial area. The articulation in his legs and torso all works well, with deep bends and ample clearance. He can get into plenty of decent Gambity poses.

His right hand features the up/down hinge, and his left has the side to side hinge, so that enhances the entire playabaility of his staff, what with the…staffing and such. His left hand is permanently stuck in “card” mode, with the extended two fingers. He also comes with an effect hand that has a spray of cards as if he’s just “chahjed de cahds” and is in the middle of tossing them, but I would have liked a third, more neutral type of hand. As it is, it works out well enough, so its fine. The staff is simple but effective. His right hand doesn’t grip it as well as I’d like. I’m going to try to heat it and squeeze it to see if I can get him to hold the staff a little tighter.

His head appears to have been altered from an earlier prototype, taming down the more bulbous chin I seem to remember for a more streamlined appearance that evokes Gambit well, with trademark cocky smirk. His hair is appropriate, and I like to imagine him shellacking it so it will pop out of that very Jim Lee-ish head-condom design just right. You could go even more nuts with the hair sculpt, but this hits a happy medium of without going crazy. You could poke out an eye as it is.

I had the Toybiz Gambit, but all I remember of it was that it came out of the plastic tray as floppy as a muppet without a hand up its butt. It’s nice to have a Gambit that actually supports himself without crumbling to the floor. My only criticism is that he seems a little too tall…but that might be because Cyclops is too short. He seems fine up against Rogue or whomever else, so maybe it is just Cyclops.

A random contingent of Fwooshers have been clamoring for Blink for a long long time. I know she was quasi-prominent in the Age of Apocalypse storyline, and then was a prominent member of the Exiles, but she didn’t make that much of an impression on me in the AoA story (I haven’t read it since it was new on the stands, so that’s my fault) and I never read Exiles, so she was never very high up on my gottahave list.

After a long wait, she’s here, and despite my lack of strong feelings about her as a character—and a new toy will always cause me to seek out material to educate myself–her figure is quite well done. Plus, it’s colorful, which is always a way to perk up my interest.

I like most everything about the body she’s on except for the torso range. She gets a swivel, but it would be much better if she had more crunching ability. There is some, but not much. The single-jointed elbows aren’t ideal, but much better than the far more hampered single joints of old, so I can’t be too bothered by them.

This is one of the female bodies with more clearance in the hips, so her legs go up further. Some of the Spider-women had more issues in this area, which is one of those things that make you shake your head, but Blink articulates well. The ankles and knees are good too. So really, it’s mainly the torso that has the most issue. Hasbro’s female action figures are so much better than Toybiz or early Hasbro—and even figures from other companies—that it’s hard to complain too hard. Marvel women used to be almost unplayable gangly messes. We’ve come a long way.

Blink is a teleporter, and her figure comes with a teleportation effect and two daggers that she throws in order to teleport things. These are both excellent inclusions and work well in evoking her on-page power. I’d like to see a similar bamf-ing effect come with Nightcrawler. Also legs for Cannonball. Hahahaharumph.

Gambit and Blink are yet another pair of well-done inclusions to the growing mutant ranks. It should be no surprise who I’ll be tackling tomorrow as we conclude our look at the Caliban wave, so come back tomorrow, same X-time, same…nope, I’m not finishing that line, no matter how much they pay me to. 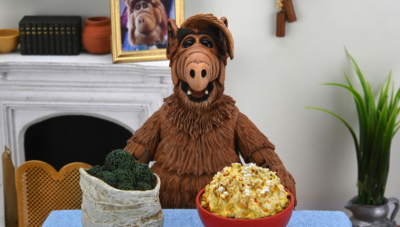 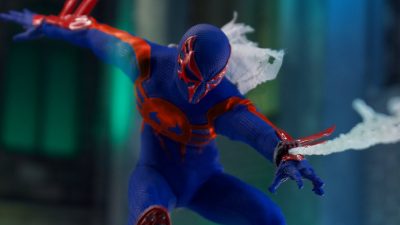 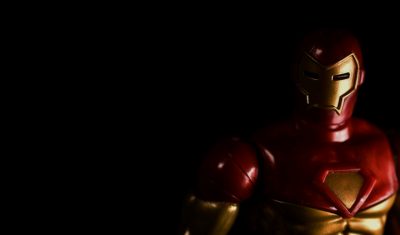 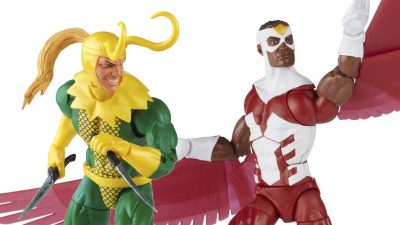