The year was 1966 and Jack Kirby was sick of drawing spaceships. The world would soon become a much better place. 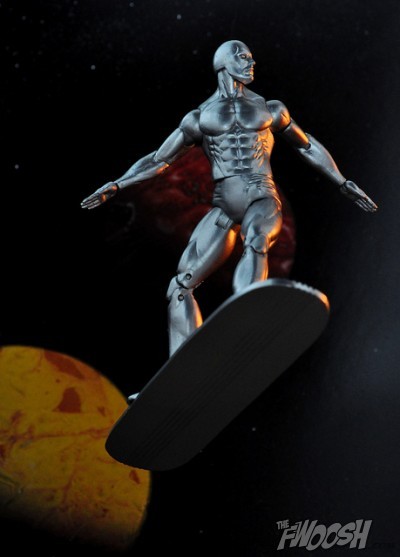 Pulled from the most introspective corners of the Marvel comic book universe, the Silver Surfer has made his way to specialty shops as Marvel Select’s latest release in their 7-inch action figure line. This is not Marvel Select’s first foray into Marvel’s cosmic characters, as they’ve brought the likes of Thanos, Uatu, and Mar-Vell to our doorsteps, but this is the first time we’ve gotten the sky-rider of the spaceways himself. How does he stack up? Let’s see! 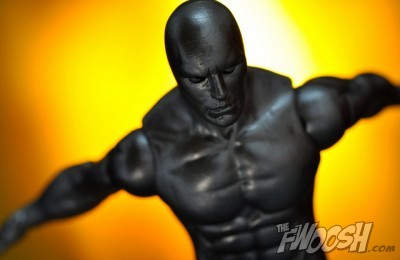 The packaging is standard Marvel Select fare. It’s large with interesting graphics and background text, takes up a lot of space, and has about a billion twist-ties that safely hold the figure and accessories. It does its job and lets you see just what you’re getting. Sculpted by Sam Greenwell, Marvel Select’s Silver Surfer looks fantastic, and a lot of that is owed to the head sculpt. The Surfer has to look reserved and somewhat cold without looking completely dead inside. There still has to be a personality hidden under that exterior, and I think they’ve done a phenomenal job in capturing that. Below the neck, the sculpt is well proportioned and aesthetically pleasing, and I’m mostly happy with it. He is sculpted wearing his shorts, which I am just fine with.  As a general rule, so long as the figure is comic accurate, I’m good. My only nitpick is that the abs are just a little too developed and shredded for my tastes. They seem a bit out of place considering this is supposed to be more of a classic Surfer.

The Surfer wouldn’t be complete without his board, and this is one of the best representations I’ve seen. It’s a well-scaled and solid piece of plastic. The pegs fit the figure’s foot holes perfectly and the sculpted lines are on both sides of the board — making it both functional in a flying pose and suitable for display in a standing position.

The rock terrain base is sculpted with an energy trail left by the Surfer’s board. The board fits snuggly in the end of the translucent trail, and the plastic is strong enough to support the weight of both the figure and the board without any problems. The base itself has two foot pegs, should you want a standing display. I do think that they may have gone a little overboard with the energy trail. When I think of the Silver Surfer flying through space, I usually picture wide sweeping motions. To put it in surfing terms, he’s more of a longboard surfer than someone on a shortboard surfing the barrel. This trail is so tight and twisted that I have a hard time even imagining him flying in that path. Nerdy nitpicking aside, I applaud their efforts. It really is a great idea and good way to display the figure. 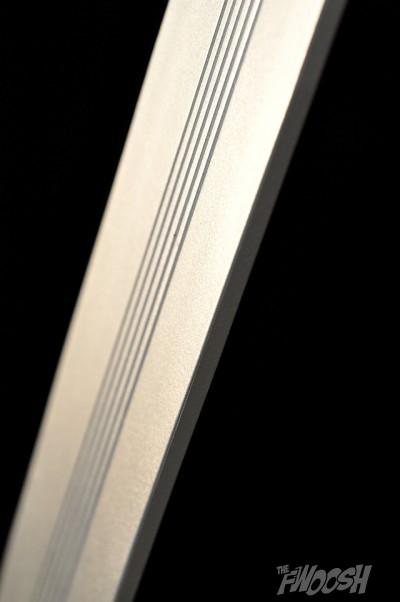 Also included are an additional set of hands, two energy blasts, and the Infinity Gauntlet. The hands (two karate chop, one relaxed, one used for holding the board) are all easily swapped out, and I didn’t worry at all about breakage. The energy blasts and gauntlet all fit snuggly over the forearm and have sculpts that match the look of the figure. At $24.99 (plus shipping for me), Marvel Select has really made the effort to make this product a value. As a fan, I really appreciate that.

The paintwork is simple, but it does a good job of bringing out the sculpted details. One highlight is the clean work done around the eyes. The only negative I experienced was the paint rub on the hip joints. The joints are cast in white plastic, so it’s not terribly noticeable against the silver paint. 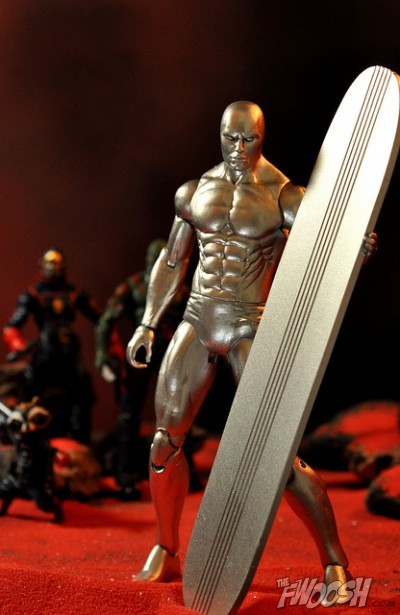 Marvel Select has made some great improvements with articulation in recent years, as evidenced by their latest Hugh Jackman Wolverine figure. Unfortunately, they’ve take a small step back with the Silver Surfer. He has a lot of the usual stuff — ball jointed head, bicep cuts, single elbows, doubles knees, pivot ankles, etc. — all of which are tight and work well. The real disappointment is the lack of an ab joint and the inclusion of those terrible hips. Surfer has a cut waist, but without an ab joint, it’s impossible to get him into many of his deep surfing poses. The bigger problem is with the hips. He can’t put one leg in front of the other in any sort of realistic fashion. He can still hit a few good poses, but the decision to use this style of hips without any sort of thigh cut has seriously limited our options. Sadly, he’ll have to remain mostly upright when jetting through the galaxy. With better articulation, this could have been another home run for Marvel Select. As it, it’s still a very good figure and a welcome addition to my Select shelf. 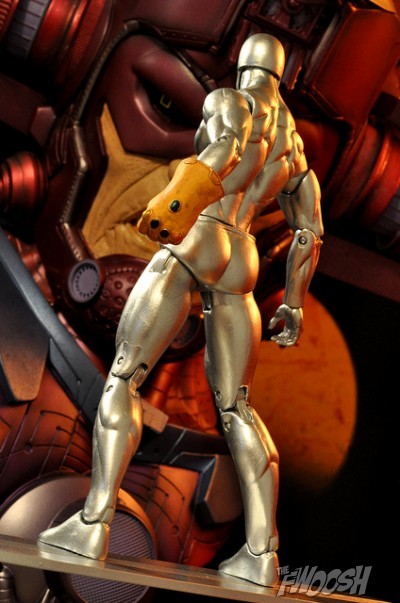 Discuss on our forums
Buy on Amazon