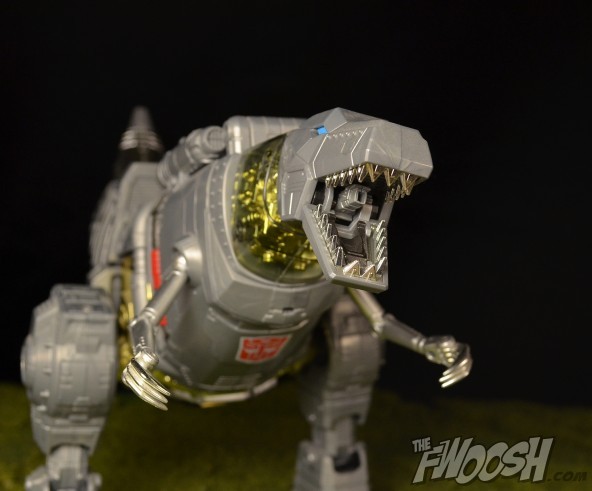 Takara’s Transformers Masterpiece Grimlock is the toy I’m most thankful for because it’s a toy that means a lot to me. Takara Masterpiece figures are expensive toys, and Grimlock was released at a time when I had no business buying expensive toys. My wife (then girlfriend) and I had just moved clear across the country to Portland, OR with nothing lined up except for an apartment we were subleasing via Craigslist. We had no jobs, few prospects, and we had to watch every penny. In other words, a $150-ish Transformers toy wasn’t in the budget. But I had to have Grimlock, so we tightened the proverbial belt, and I placed my order with Big Bad Toy Store. 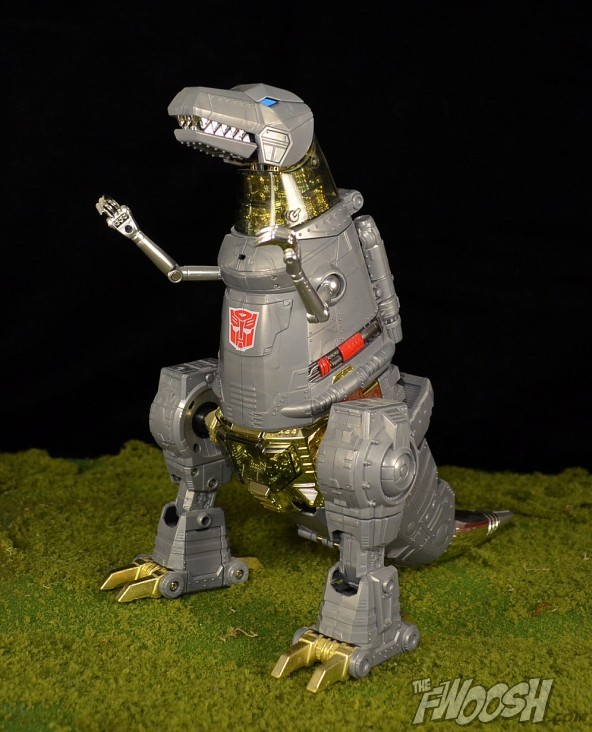 Grimlock was my favorite Transformers toy when I was a kid (even though I had the Diaclone, as detailed in my Throwback article), and he remains ranked among my top-5 all-time favorite Transformers characters. I have heaps of affection for the big lug, so when the Masterpiece figure was announced, there was no way I could possibly pass, no matter what our circumstances were.

Sure, a cheaper domestically released version eventually became available through Toys R Us, but back then there was no guarantee that was going to happen. And even though it was released over here, the Takara figure has enough unique features that this version was worth the extra expense to me. 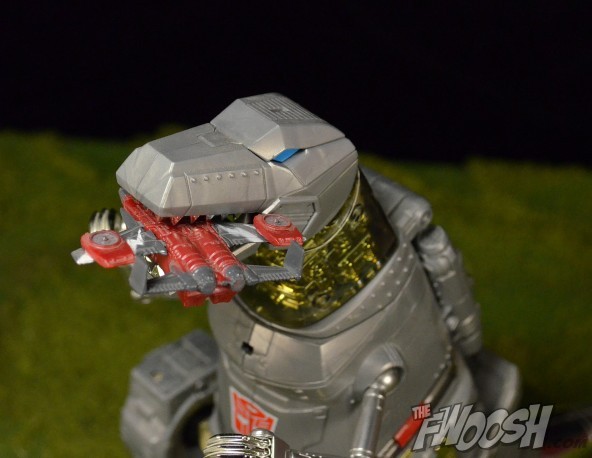 The figure itself is an amazing rendering of the G1 character in plastic and die-cast form. He is G1 perfection and absolutely gorgeous. His dino mode is my preferred mode (as evidenced by zero ‘bot pics here) because to me it has much more personality and character than his ‘bot mode. I’m usually pretty ready and willing to complain about the quality of the original G1 cartoon, but Grimlock’s characterization is one of the few things about the old cartoon that I still enjoy, and this figure captures its essence so well. 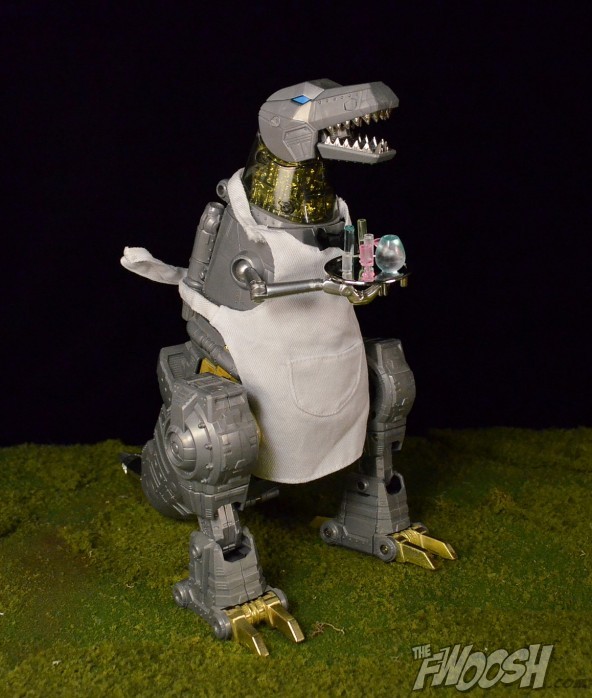 This is why I love the Takara version. It comes with an apron, a bow tie, and a tray of drinks to turn Grimlock into quite the dapper waiter. It hilariously allows you to recreate scenes from the cartoon, and Takara definitely went the extra mile here by including these accessories for fans of the G1 series. Many collectors would consider this stuff to be completely superfluous and unnecessary, but they can have the bare-bones Hasbro version that lacks these accessories. Because, to me, this makes a great figure even better. I love that I can display him like this because it brings out all his personality and charm. I love it. 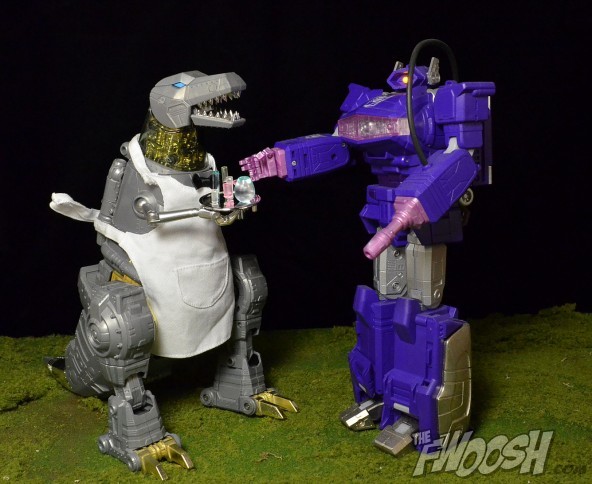 Masterpiece Grimlock means a lot to me because it was a special, one-time purchase we couldn’t afford at the time, so it’s one I appreciate and cherish much more than most other toys I own. It’s a toy I will never get rid of; he’s one of those “I will probably be buried with this” kind of figures. Every time I so much as glance at my shelves and see him, I feel nothing but happiness. He’s a reminder of the joy the G1 toy brought me in my youth and of all the sacrifices we had to make so I could have him. 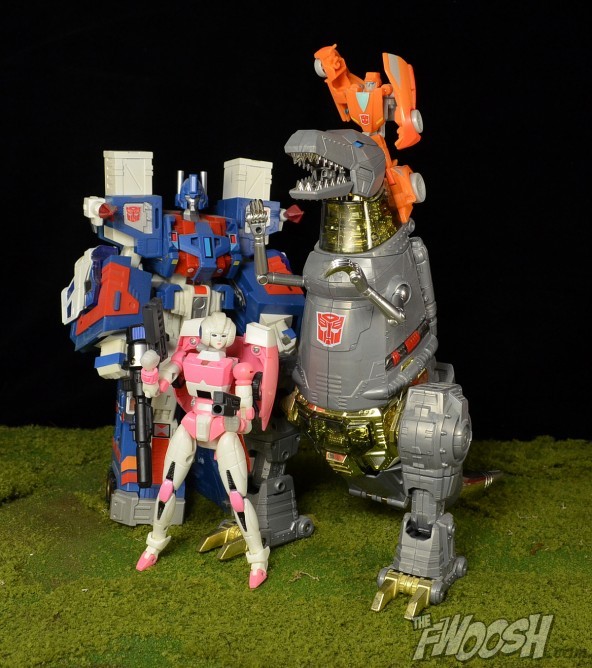 Few toys are as special to me as this one is. So of all the toys I own, I am most thankful for Masterpiece Grimlock.

Thanks for reading. Happy Thanksgiving!