August was ladies month at Mattycollector with Shokoti for Club Filmation, Fire for Club Infinite Earths, and the figure we feature now: Club Eternia’s Castaspella. 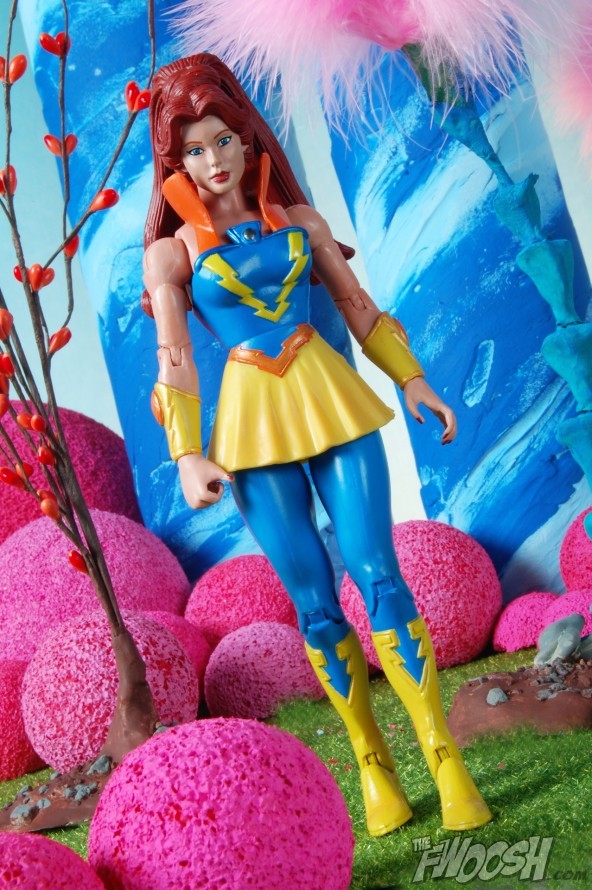 Beautiful friend to She-Ra®, Castaspella™ is one of the most powerful mages on Etheria. After the Horde claimed her beautiful planet as a new homeworld during their banishment in Despondos™, Castaspella™ became a leader in the Great Rebellion helping to defend the people of Etheria with her magic. She has been known to temporarily hypnotize her foes, and although she can be a bit flighty at times, her strength and courage have helped her fight the oppression of Hordak®. She is special friends with both Angella and Frosta™ and only uses her magic for good. 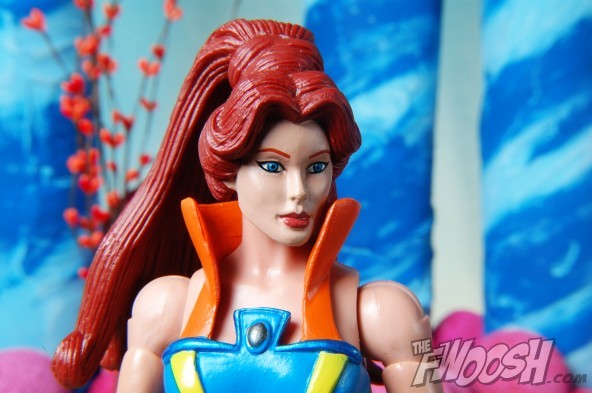 The weirdest stuff in this bio – she can be flighty and she is special friends with Angella and Frosta – are straight from the Mattel Style guide bio and isn’t really borne out by her appearances in the Filmation show.  In Filmation she is pretty serious and fits the usual role of wise sage magician. 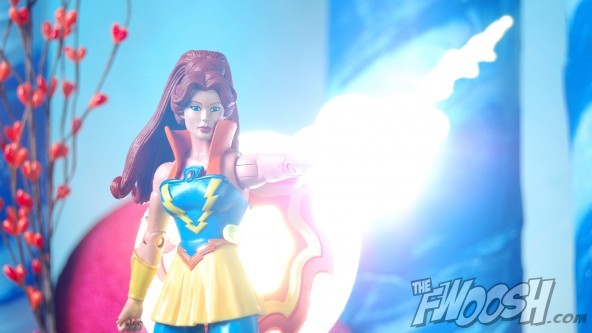 The hypnotism is a reference to her spinning hypnotic wheel gimmick on the original figure.  Maybe it’s just me, but this bio seems to be loaded down with the vintage style guide/card back information than most. 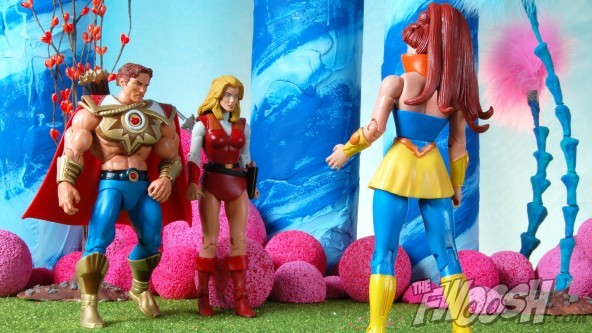 Casta comes with a She-Ra shield cast in translucent yellow plastic, a large disc that attaches to her back, and a magical blast effect. 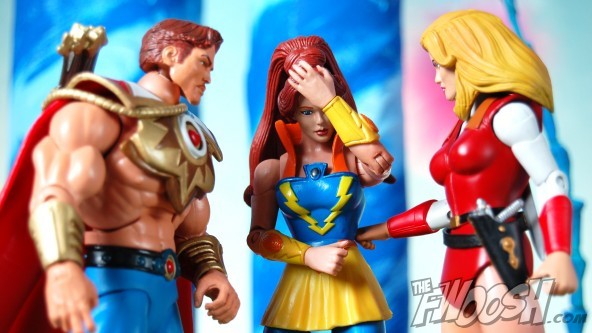 The shield is a nice, stiff plastic and has the usual clips to attach it to her left arm.  It can go on the right, just not very well.  I’m one of those weirdos who likes to get iconic accessories in different colors, so I’m glad to have it. The translucent plastic makes me think that the shield could be a spell she’s casta-ing.  Ahem. 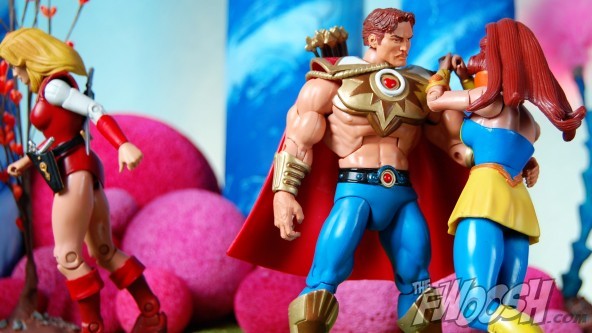 The disk is her vintage gimmick and a is big nod to the vintage toy design, so I’m glad to see it here.  It clips onto her back securely with a stiff translucent plastic clip, but is easily removable for those looking for a more Filmation-esque design.  There is an interesting pattern sculpted into the surface of the disk that mimics the shiny material of the original toy. 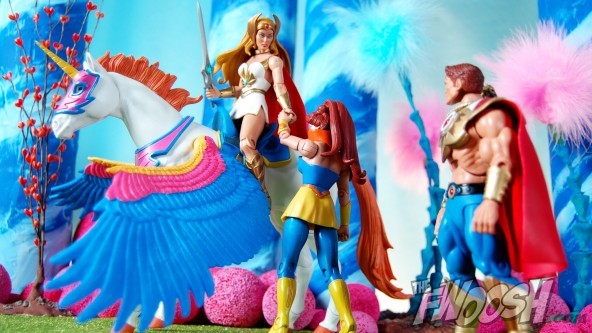 The spell effect is also translucent and has this really cool swirly pattern to it that looks appropriately magical. 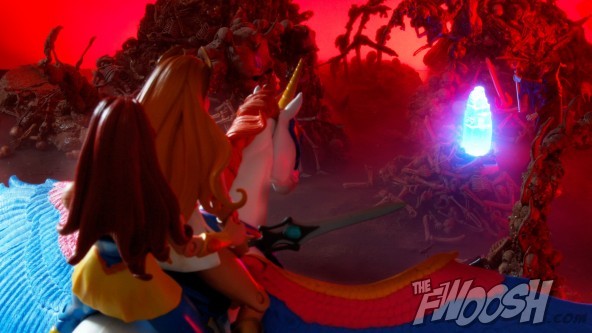 Fans have been asking for these types of effects with the magical characters, so it’s cool to finally get one, and I could see them repainting it for other characters in the future.  It fits easily onto her left hand, though you can kind of force it onto her right if you fiddle with it a bit.  The thumb gets in the way, though. 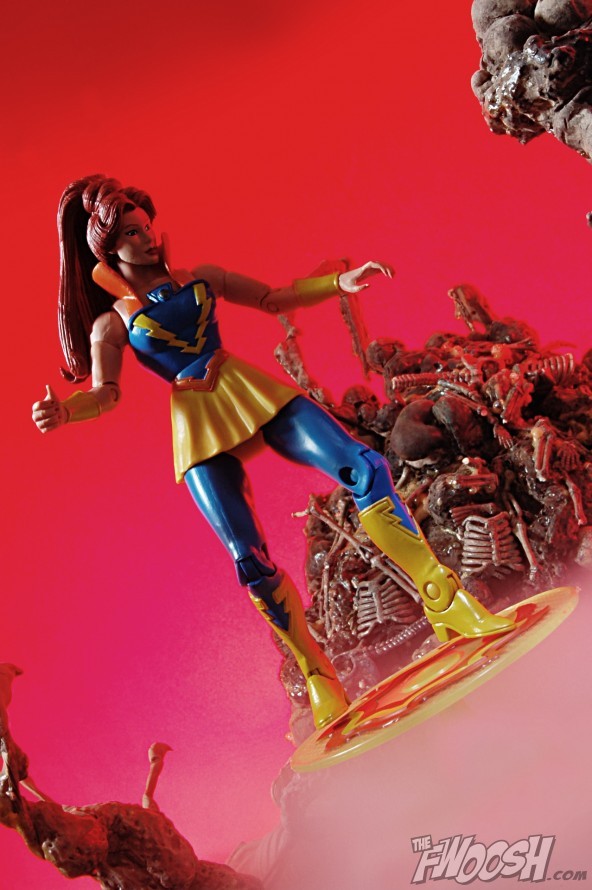 Castaspella is sculpted to match up her Filmation design closely with some additional lightning bolt inlays on her gauntlets and some piping and trim detail around her costume. Casta reuses the She-Ra body with new gauntlets, bodice, skirt, boots, and head as well as Catra’s left hand.  Casta has one of the prettier head sculpts in the line and some really impressive wavy hair. 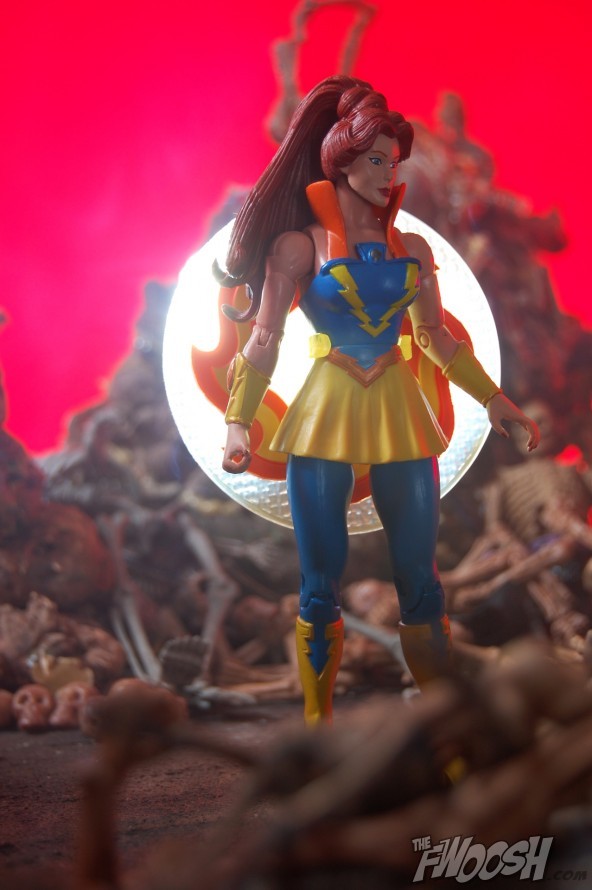 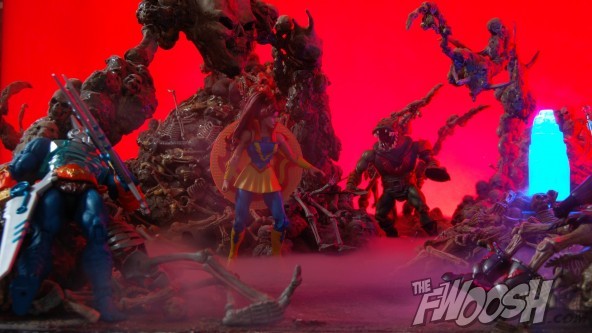 The skirt puffs out enough at the ends to allow good range of leg motion and she can ride Swiftwind okay. 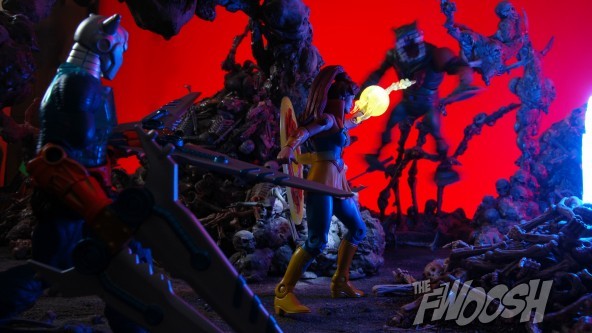 Casta has nice clean paint.  The face paint is especially well done, though in some light you can see the big difference between her painted flesh tones on the face and the flesh-colored plastic for the rest of her body. 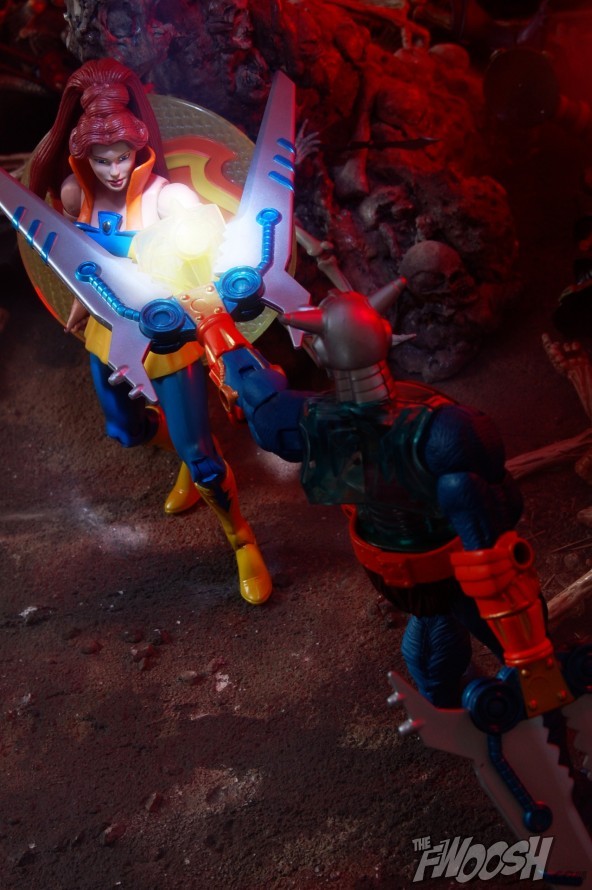 So it kind of looks like she’s one of those ladies who wears too much make up in some light. 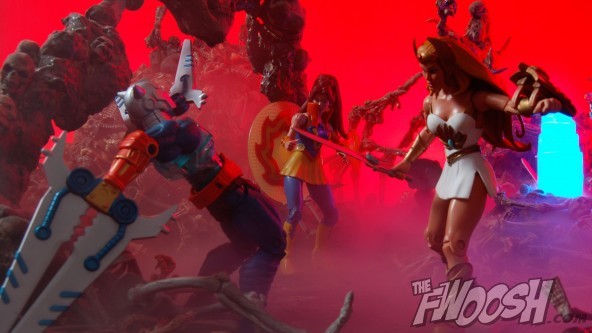 Castaspella is one of the more prominent members of She-Ra’s team, so it was good to have her finally. 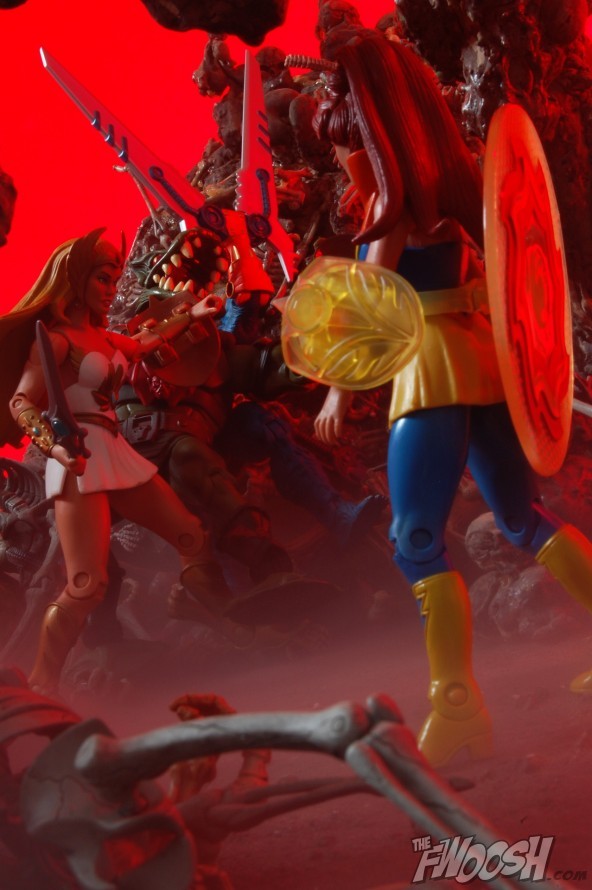 The Great Rebellion is really taking shape now.  It’s also nice to see that some of the issues that I had with the Frosta figure – face paint job and hair sculpt, lack of cool accessories – are addressed and not repeated here. 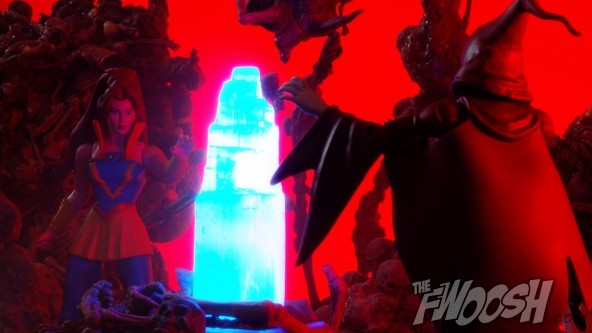 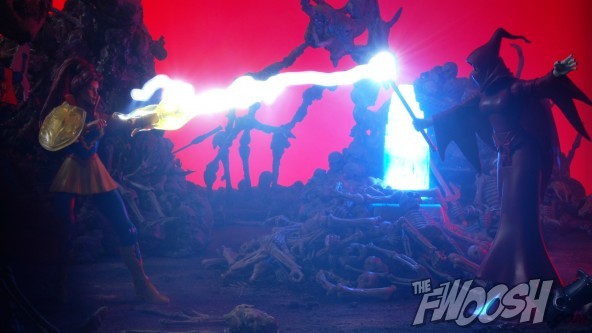