Oh, what strange, strange days we have entered.  Mattel has initiated a real push of new Batman product with attention to detail; new, quality sculpts; and, at long last, a Batmobile… 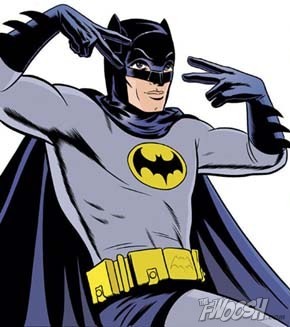 … naturally, it has to be for the Adam West Batman.  Don’t get me wrong, I have a certain fondness for the 1966 TV series, and I forgave Adam West within five minutes of “Beware the Gray Ghost,” but knowing this is really the only “new” Batman product I’m going to see from Mattel leaves me with somewhat mixed feelings. 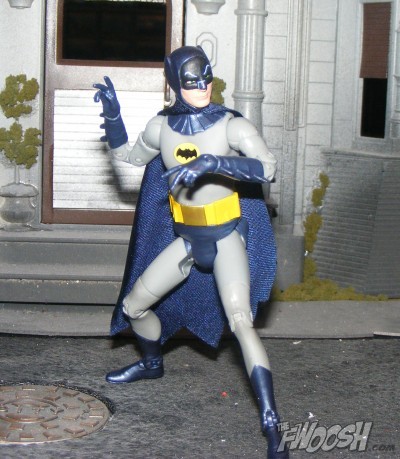 Here’s the thing, though. If you take the company and business politics out of the discussion, and maybe even overlook your hatred of the source material (yep, talking to YOU, Prod), you’re left with some pretty decent action figures.

By far the most absurd and strangely charming of these has to be the SDCC 2013 Batusi Batman.  Now, you’ve seen the video reviews — this guy jerks around in the package to some ’60s-ish stock music and little art-deco-y cut-outs of some chump and Jill St. John, the Bond girl that spiked Batman’s orange juice. 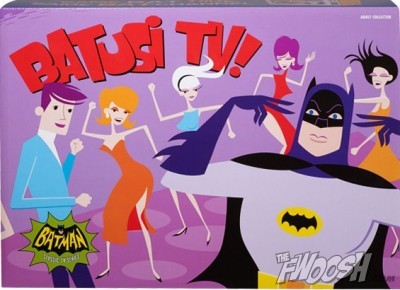 The box art, done by the world-famous Shag — I have no idea who this person is, but ToyGuru says it like I should — is fun, and it definitely fits the style of the show without making use of screenshots. It even makes reference to the “What-a-way-to-Go-Go” bar in the scene, with Robin sitting in the Batmobile demonstrating his situational awareness skills. 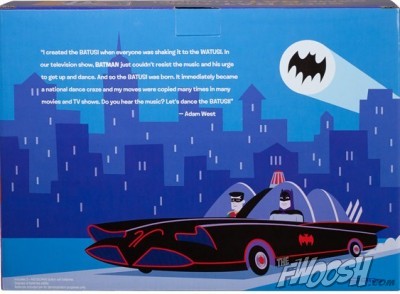 The figure itself does a pretty good job of keeping good action figure lines while containing the action feature.  Articulation takes a dip over the standard Batman with a loss of the ab-crunch to accommodate the action feature, and then bumps above the standard Batman with double-jointed elbows and hinged wrists. Oh, hey, thanks for the double-jointed Batman, Mattel.  Glad you were listening.  Batman doesn’t need double knees for brooding off of a rooftop or engaging in close quarters combat or just because it’s easy to hide them behind knee-pads, but stop the damn presses, we gotta give Adam West Batman extra articulation so he can strike the perfect dance pose.  If it were possible to kick one in the nuts through the Internet, mine would hurt so bad my grandkids will still feel it. 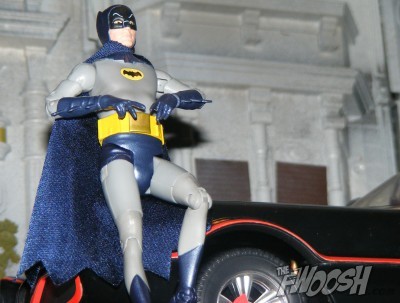 In the sculpt department, damned if I say so, but the non-articulated torso does look a little nicer than the ab-crunched one. It helps thin out his mid-section a little and gives him a little more much-needed definition.  As fans of the show know, West was actually a guy in not-too-shabby shape, but the absurdity of the costume and its high belt have lead younger generations to think he was a chubby Batman. This sculpt does him a little more justice. 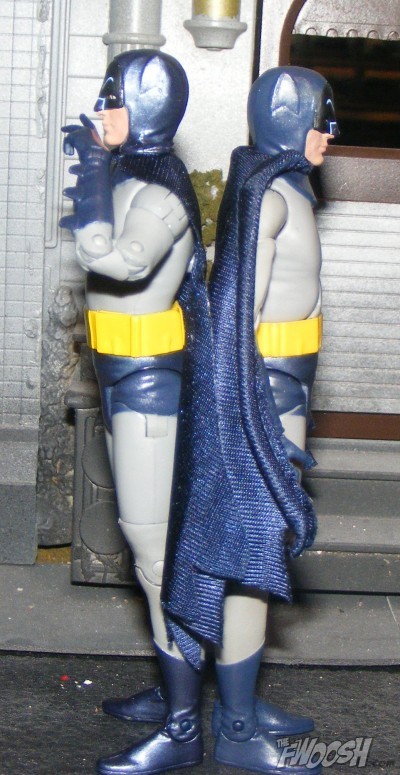 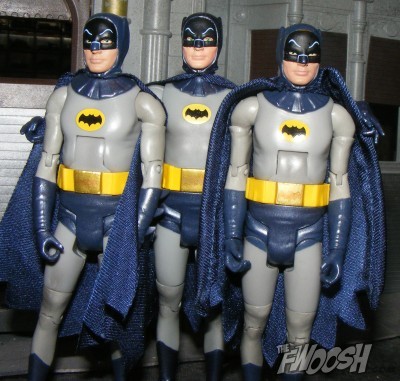 I think the likeness in the face and mask, the little touches of metallic in the blues, and the overall proportions really do a nice job of making him look authentic and fairly realistic.  I’ve found this to be consistent across all the versions of Batman so far. 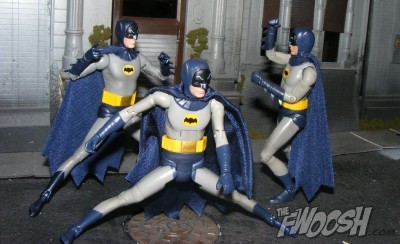 Out of the three, Batusi Batman is the least ideal for your Batmobile-driving needs.  He fits fine in the seat and all, but due to the action feature, he’s forced to the drive in the infamous “bat-sunburn” pose, since his arms can’t touch his sides. However, if some sacrilegious individual were to take his expensive exclusive and swap some parts…. hmm. 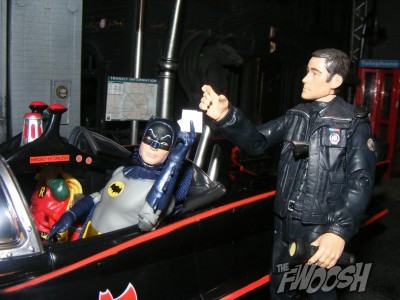 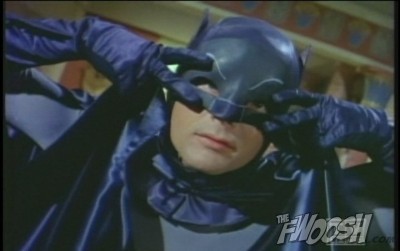