EDITOR’S NOTE: Fantastic Fwoosher Darkhawk recently got the chance to chat with voice-acting legend Neil Ross! He has been kind enough to share his interview with us, and I can guarantee you that at least one of his characters’ voices has been etched in your mind since your childhood. Honest John! Check it out!

Thank you for agreeing to this interview. Your work has certainly entertained a slew of us over the years voicing several Joes like Shipwreck and Dusty, A plethora of marvels villians from Dr. Doom and The Green Goblin, The Constructicons, and even Rambo, and I know our readers will absolutely love this.

Tell us a bit about yourself, how did you get into voice acting?

I started out as a radio disc jockey. I was a class-clown type in school, entertaining my friends and annoying teachers with voices accents and sound effects. How do you make a living with those kinds of ‘talents?’ DJ seemed like the way to go. I did that work for over 20 years, gradually becoming disenchanted with the business for a variety of reasons. When I found out about voice-overs, I felt this would make much better use of my eclectic bag of tricks. I wangled a radio job in Los Angeles, and started attending voice-over workshops and looking for an agent. It took me about five years to really get rolling. 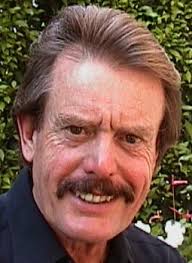 You’ve voiced several iconic characters over the years – do you have any roles that ended up being your favorite or that were especially memorable or enjoyable to do?

All voice acting is rewarding to me, but the standout characters would include Keith in Voltron, Shipwreck in G.I. Joe, Springer in Transformers, Norman Osborne/Green Goblin in Spider-Man and a lesser known character, Whitley White, in Attack of the Killer Tomatoes. And, of course, Honest John in the feature film An American Tail. 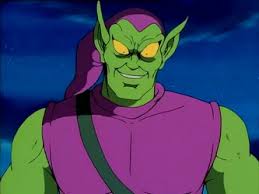 Did you read any comics growing up or play with any action figures – if so, who were some of your favorite toys or comics?

I don’t recall having any action figures – did they even have them back then? I suppose I read comic books, but I don’t recall any particular favorites. I remember listening to The Lone Ranger on radio and I LOVED Mad Magazine.

Do you have any hobbies or collect anything?

Well I’m an avid collector of engravings of dead presidents – but then isn’t everyone? Other than that, I don’t collect anything. I take martial arts classes. I guess you could call that a hobby.

What’s a typical voice-recording session like today compared to the early ’90s working on G.I. Joe – I imagine the rapid growth in technology has changed the industry a bit.

In the old days they insisted on recording with the entire cast present, and they would get quite upset if someone wasn’t available. Nowadays a lot of the time they record everyone separately. I guess the change came about when they started casting so many celebrities and had to work around their schedules. The technological changes haven’t had much of an effect on what happens on our side of the glass as far as I can tell. On the other side of the glass the tape recorders are long gone and it’s all digital.

Quite a few of your voices have had action figures, such as the many Joes, including our favorite parrot Polly and the Marvel characters – do you own any of them or keep any mementos from your career?

I have a Voltron figure which was given to me when the online Voltron game was released a year or so ago, and I have a couple of Shipwreck figures that fans were kind enough to give me at conventions. I have a giant An American Tail poster signed by Don Bluth and Steven Spielberg that they sent me when the film was released. I have a number of cast photographs. That’s about it. 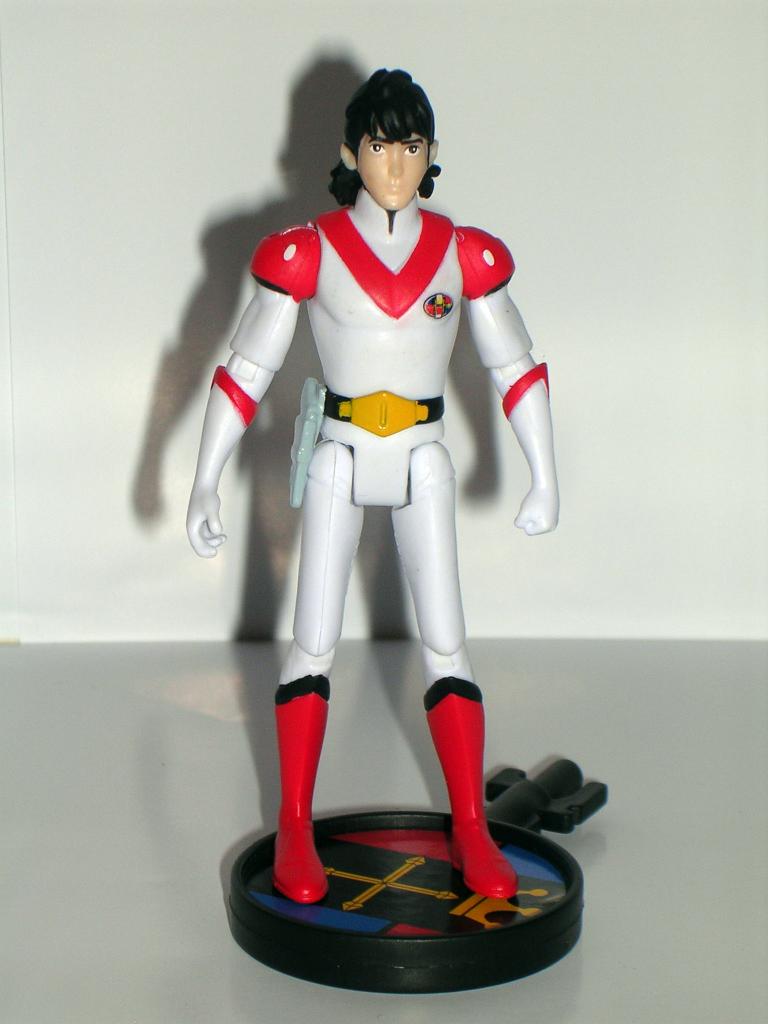 You’ve worked with some pretty iconic voice acting legends and interesting people over the years – what was it like to work with Chris Latta?

He was a hugely talented, larger-than-life type of person. I used to watch him work hoping to learn from him. If I wasn’t in the scene, I would sneak in the control room to watch and listen. He always gave a 100 percent performance. Never held anything back. I used to think that he would probably break through and become a big star and I would brag to people that I used to know him. It didn’t happen, unfortunately, but he certainly had the potential.

Have you ever been surprised by the impact and legacy of some of these shows and the strong popularity they enjoy in the case of a show like G.I. Joe years later? How has the fan reaction been at the various conventions you attend?

It is surprising. When we did these shows I don’t think any of us thought that anything we were doing would be remembered, let alone revered, 25 or 30 years later. It’s funny. Other shows that we poured just as much energy into have been long forgotten. But G.I. Joe, Transformers, and, to a lesser extent, Voltron just seem to live on. I would say the Transformers fans are probably the most rabid. When I attended BotCon in Pasadena a couple of years ago they were all over me. It was like getting to be a movie star for a couple of days. Great fun! I resisted going to conventions for a long time, but I’m glad I finally went. 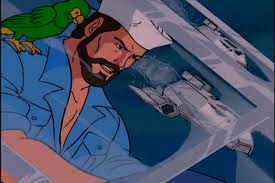 Do you have any memorable, funny or interesting recording stories you’d like to share? I’ve always heard those Joe recording sessions especially were fairly serious affairs.

Well, the sessions were quite serious as Wally Burr, the voice director, took his job very seriously. But along the way there were some very funny moments. Some in the studio, others in the green room. It was an amazing cast filled with very colorful people. You would hear wonderful jokes told extraordinarily well and some fascinating showbiz stories. I used to say it was like going to a great party except no alcohol was served. Most of the stuff fell into the “you had to be there” category. Very hard to reproduce. Suffice it to say the G.I.Joe and Transformers sessions were some of the most intense, amazing, and enjoyable experiences of my career.

You have a very impressive range of different voices – were any of them harder to do than others, like Bonecrusher or Hook? How did you come up with the inspiration for some of your voices?

Michael Bell, who is a legendary voice actor, came up with a great analogy for what we do. He describes it as “vocal Mr. Potato Head.” Remember the Mr. Potato Head game where you put different noses and mustaches and ears on the head to change the look? You kind of do that with your voice until you stumble into a sound the producers like. You just look at the picture of the character and read the description and try to come up with a voice that fits. Adding and subtracting things like nasality and grit, making the pitch higher and lower, doing weird stuff with your mouth to change the sound. The hard ones for me would be what we call the throat rippers. The stuff that requires scraping the vocal chords. In my case that would be characters like Slag and Bonecrusher in Transformers. After a day of doing those voices you drive home gobbling cough drops. 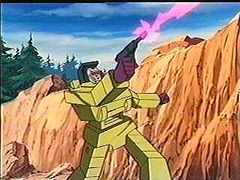 Several of the characters you have brought to life have recently been on the big screen – have you seen any of the adaptions? What do you think of them?

Haven’t seen any of them.

Lastly, I’d like to end with a question that you don’t have to answer: but have you turned down a role that you’ve regretted or auditioned for a role that you wish you would have landed?

I’ve never turned anything down that I can recall and the only regrets I have are a couple of occasions where, after I’d survived the arduous audition and callback process and actually won the role, some suit stepped in and decreed that I be replaced for some reason or other. Those hurt, but you just have to roll with the punches. 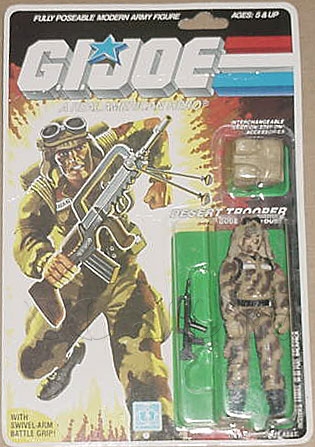 Do you have any upcoming or past projects you’d like to spotlight?

There are a few things in the pipeline, but in these days of confidentiality agreements, I’d rather let the producers decide when to begin promoting. Thanks for asking, though.

That’s it, folks! You can find Neil’s website at http://www.neilross.com and listen to samples of his career. A big thanks to Neil Ross for agreeing to do an interview with us.