Welcome to the final installment of our Comic Conversation with Toy Guru. In this portion, we make the transition from MOTU to DC and try to get to the bottom of all of those still-unfinished teams of the DCU.

VeeBee: So, in the interest of time, let’s make the move to DC. Can you tell us what the plan of theme is with the Club IE now? Has it changed in the way that MOTU is being condensed or is it going to follow the same pattern as before?

Scott Neitlich: Um, well, kind of. I mean, if you look at 2013, which was our first full year, every slot has been pretty maximized. I mean, we got Huntress, Ocean Master, Wally West, Fire. These are characters that the fans want and have been asking for. Of course, not every single one is going to be universal hit in terms of character or costume selection, but I think it has done really well overall.

The thing is that some of the characters that fans have been asking for are just too high in tooling for the line at this point. We just don’t have the numbers right now to justify spending a lot of money on newly tooled parts. Unless we hit tier two for 2014, we really can’t explore those kinds of things. Tier one is the minimum just to get the sub going. Tier two would mean that in 2015 we could start to broaden things and maybe get to the Granny Goodness-type of characters, the more tooled figures.

However, people have seen about two years of Club Infinite Earths now; I think you pretty much know what to expect. 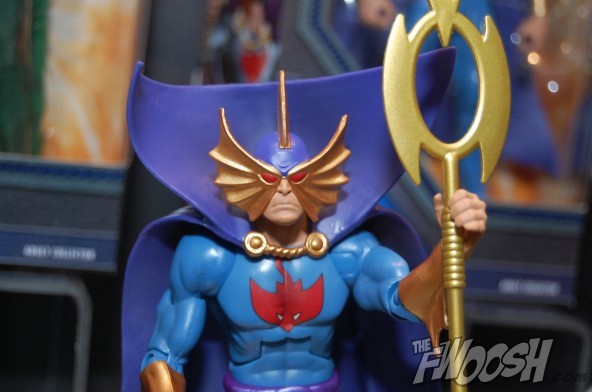 VB: It does seem like just about everything in the subs so far has been taking from forums and top ten lists. The one outlier there that I wanted to ask you about was Batzarro. How did he land in the sub?

SN: He was in from the beginning, yeah. I think he is one of those characters that everyone felt would be very toyetic. I can tell you that he was planned well before that Batman Unlimited line was even started, so he was never planned for retail. So he was really going to be the only Batman variant out there in the two years. Then the Unlimited line happened and several Batman figures have come out, but, originally, he was going to be it.

Once the Unlimited line came out, yeah, I can see how it felt like it could have been a part of that, but it was already in the sub, so we wanted to keep the plan we already had from planning so far in advance. But, I get where you are coming from. 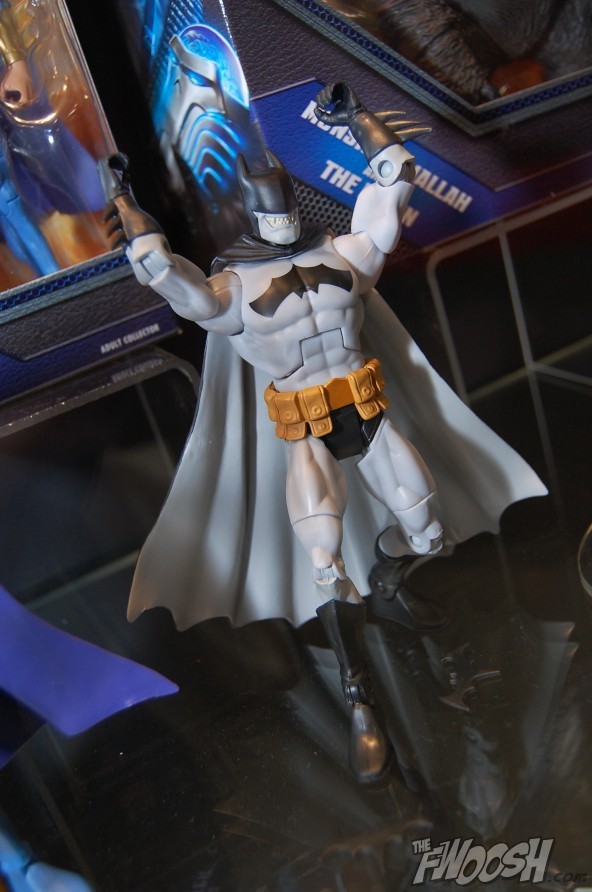 VB: So what is your favorite of the figures you revealed? Mine is Ice; I have always loved her and the JLI was my first League.

SN: Of course! You have to finish the Blue Beetle’s team. Hmm… I would say mine is Superboy. I really like Connor Kent.

VB: It seems like he is one that has dropped in and out of rumored lists over the past couple of years.

SN: Yeah, so here is his hidden history. Originally, he was meant to be the variant of the ’90s version of Superboy from way back in series 13, but the tooling just came back too high since it wasn’t just a head swap or something simple like that. So since he never got a chance to be produced and he has been sitting in the office for over two years now, we wanted to take the opportunity to get him out there. 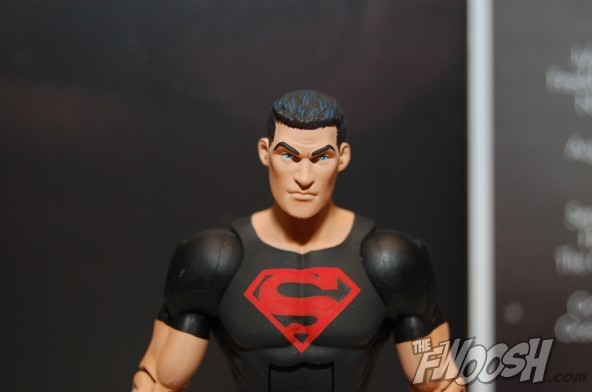 VB: He was next in line after Phantom Stranger on that front.

SN: Exactly! We WANT to get all of these characters out and the sub is a great place to do it.

VB: So we have strong first three figures for 2014, but can you talk about some of the teams or eras that we did not see that you are planning to get to in 2014? What are the priorities?

SN: We would LOVE to get to more Legion figures and we really want to finish the Geoff Johns JSA team with Liberty Belle and…

VB: Speaking of Hourman, the same rumor about Rick Tyler getting a variant of Rex in series 14 before it went to Wal-Mart like the Superboy thing is out there too. Do you have Rick waiting in the wings?

SN: No, he wasn’t planned, but he would definitely be a good one. Vixen is another one we want to get to as well. You were right, though. You can get a good sense of what we are planning based on the online posts and lists.

VB: Speaking of, a quick check of the forums shows that people really want to get to that unleashed Doomsday, but the containment suit version is actually getting a lot of support too. So, if we hit the second level, any chance of us getting both?

SN: Yeah, if we only get to tier 1, getting the tier 2 Doomsday is going to be really, really hard. It could technically still happen, but it would be tough. But if we get to tier 2, the chances of getting both greatly increases. It could make him like a holiday item, or a Comic-Con item. So, yeah, tier 2 is really our goal. 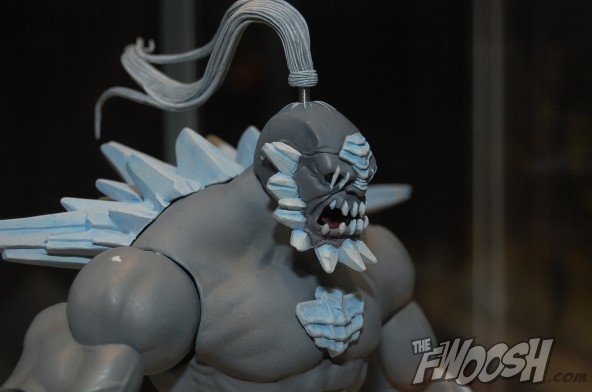 VB: So to go back to it: team building remains the priority.

SN: Oh yes, and it always has been the priority. I mean, look what we did with the Metal Men and the Doom Patrol. We got to Fire and there was no way we were not going to Ice too.

VB: Are you still willing to start teams or maybe continue with some like The Freedom Fighters that are a little slim when it comes to membership at this time?

SN: Oh yeah, I mean, they are started! There are some great members like the Human Bomb and Black Condor.

SN: That will be a great-looking team if we can get them all done, yeah.

VB: Our hour is up, but I would to give the chance to give your message for sub-selling time and get the word out to the collectors.

SN: It really is like Kickstarter now, guys. If you are on the fence, time to get off the fence. I don’t want to sound too blunt, but not supporting the subs is not punishing Mattel. I have seen people mention that. If the subs don’t happen, they will just move us and resources around to make other things. More Barbie and Hotwheels or Monster High. These lines are so small. It makes more sense as a company to put more effort into those lines, but we want MOTU and DC to go and go and go. We love the properties, we love the fans, we love the figures and properties. We really do it because we love this stuff, but we have to meet our minimum. So the fans own the future of these lines and we really want to see them continue.

So we have really tried to resolve a lot of the issues like customer service, quality, shipping and things, so if you are on the fence, now is time to come off and make the choice. 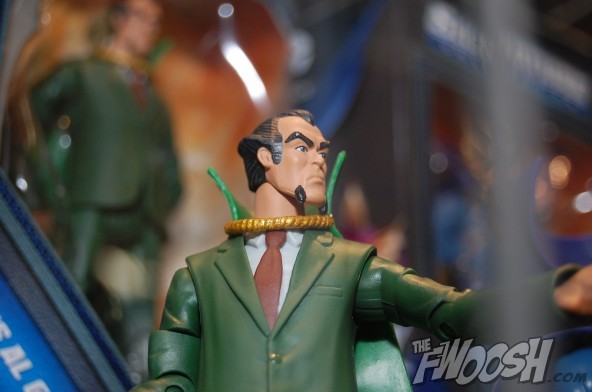 VB: Quality has been really good and I try to point that out before things go on sale.

SN: I really think quality has been excellent. So keep getting that word out because I know you guys don’t want these lines to end.

SN: So, aside from the little one-offs, we have tried to correct as many things as possible to make the subs the best way to go.

VB: Plus, from what you have shown, I think this is the strongest showing MOTU has ever had at Comic Con, and DC is no slouch either, so if these lineups don’t sell them, I don’t know what would.

SN: Exactly. The next two years is all about streamlining and giving the fans what they want. I think we are giving the best of the best and now it is in the hands of the fans. We are not going to be making videos begging for people to subscribe this year. We have the figures out there and we are hoping they will get us the numbers that we need.

VB: Well, as always, thank you very much, Scott. It has been great talking with you.

SN: Always a pleasure. Thank you guys so much. Keep up the awesome work and we will chat again soon.

That is it for this year! We want to say thanks again to Scott for sitting down with us again, and now that you know the story on MOTU and DC for 2014, follow the links below to get your subscriptions.