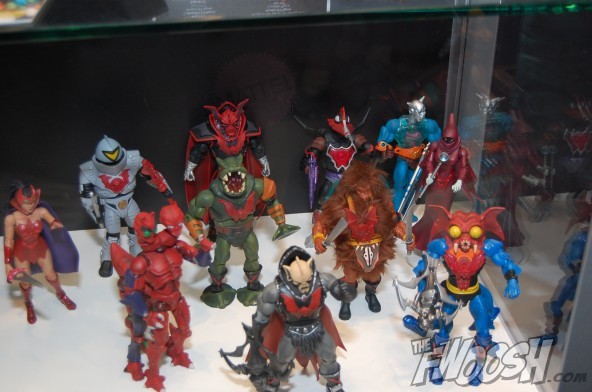 But you did not think that all of our SDCC 2013 coverage was complete, did you? Well, in what has become an annual tradition, we had the opportunity to sit down with Mattel’s Scott “Toy Guru” Neitlich to talk all things Masters of the Universe and DC comics on Saturday of the Con. Matthew K and I asked about all kinds of things from the Con itself, the big reveals, and the future of the Matty Collector lines. We have split our chat up into multiple parts, so please be sure to check back all week for a new installment. We are hip deep in the Sub Sellin’ Season so hopefully there might be some light shed on some of the burning questions. MOTU is up first!

VeeBee: Scott, thanks for joining us again today for what has become an annual Comic-Con tradition.

Scott Neitlich: My pleasure, always love sitting down for these.

VB: To get some of the formalities out of the way, can you tell us your current titles and breadth of responsibility?

VB: Well good because that is exactly what we want to talk about! How has the show been for you so far?

SN: It has been awesome! I think this has, honestly, been our best show ever. It was our fifth Mattypalooza and since we have switched over to having even less collector-oriented stuff at retail, we have our A-list rollouts for both Masters and DC. The reactions for most of the reveals were great and every character that we reveal carries a lot of weight.

VB: That is a great segue, actually, because we can start with MOTU and then move right into DC. 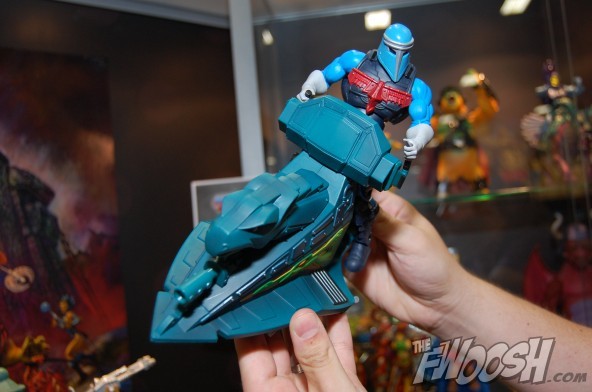 VB: So with Masters, what is the message you hope to send with the line-up you revealed yesterday?

SN: We are keeping our promise to the fans. We said that if everyone supports 2013, we would make the transition to the A-list characters from the vintage lines and those important characters from other media like Goat Man, who is a perfect example of a non-vintage figure that will hopefully show up in the next few years if we can make 2014 happen.

We have the next year’s roadmap pretty much locked, and, granted, if we get a 2015 line, we want to fulfill our promise and get those remaining essential characters made. So support the 2014 line! The bottom line is that we will keep making these as long as fans buy them. We, unfortunately, lost the Ghostbusters line a couple of years ago; we do not want that to happen to DC and MOTU. We want to make all of the characters, we just need the customer support to do it. Simple as that.

VB: So for all of the characters that you did show, what do you consider to be the biggest “win” to finally get that figure into the line?

SN: Modulok definitely blows me away. We talked about a couple of different ways of getting him out over the years and we finally landed on the simplest solution: to make him an oversized quarterly figure. He is 100 percent newly-tooled and he is forty bucks, but you get A LOT in the piece count. I wish we could have gotten one more of the “human-like” legs so we could have done the full FilMation look.

VB: It looks like you can get pretty close.…

SN: You could get two and plug the leg in the back, I guess, but we just could not afford to get that last part in there and we wanted to make sure we included all of the vintage pieces.

SN: He might share a hand, maybe. Maybe with Mantenna. I would have to check to be completely sure, but yeah, he is almost entirely new.

VB: Speaking of Mantenna, that is obviously a production piece down in the booth, and I think he might be my new favorite figure you guys have done. Mer-Man has been king for a long time, but Mantenna is running right at him for the crown. 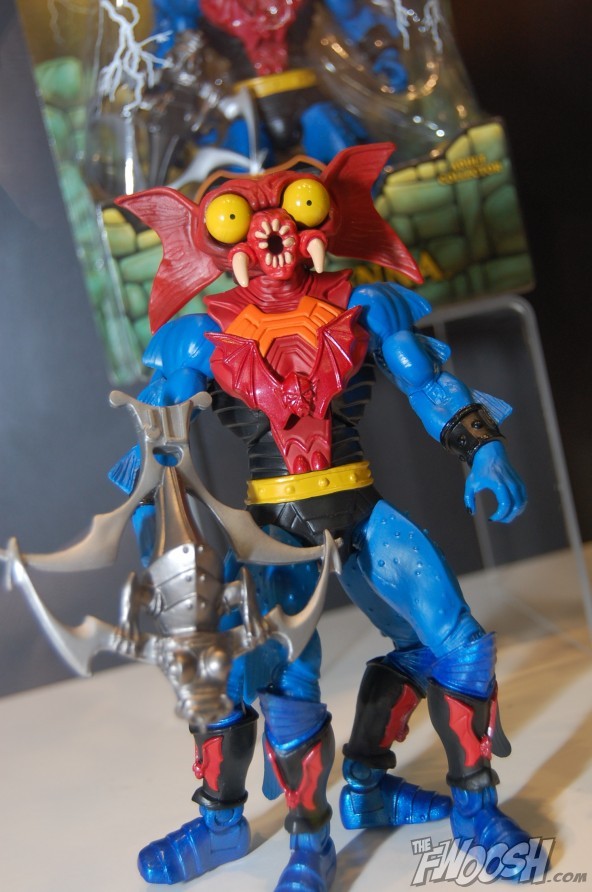 SN: I cannot stop playing with him, he is such a fun figure.

VB: I cannot wait to get him (laughs)!

SN: Yeah, it really weird, I don’t know why we did not get anything for previews for like, two months, but I think we are back on track for them. It is tough when we don’t get those because those are where I get my desk samples from so when they don’t come in, I don’t actually get one until my subscription arrives.

VB: My Clamp Champ and Icer arrived the day after I left to come here.

SN: Yeah, I checked and mine arrived too!

Matthew K: Ha! I got my Icer before both you! 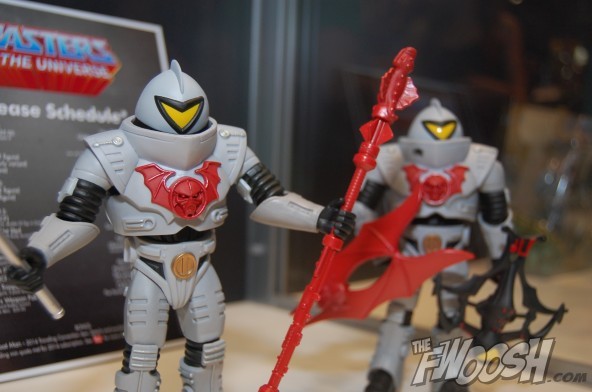 VB: So Scott, another big promise that you got to for this year is the Horde Troopers.

VB: Was the timing just right for them, or where they actually slotted for 2013 per the original roadmap?

SN: Well, when we got the rights to do FilMation it changed a few things, but the lineup for 2013 was pretty much set in 2011, so yeah, they have been there. When we changed for 2012 and onward with FilMation, we had still not gotten to the Sorceress, Fisto, Ram Man and others, so we have spaced out those big guns.

VB: Big guns indeed, they have really been beefed up, there is a lot included in that set.

SN: Yes, a lot of stuff. We had to include the vintage weapon, and then the wands from FilMation are so memorable. We also wanted to include a crossbow because we have gotten a lot of feedback from fans about how they like the Horde members to have their crossbows.

TG: They are 100 percent new, absolutely.

VB: Okay, then I am going to give you a hard time because they do come with a lot of stuff, but one thing that they did not come with was a General Sunder head.

SN: (laughs) Yes, I knew you would be asking.

VB: I have a certain affinity for that character (laughs).

SN: I know you do! We actually, looked into doing some different heads, including one that had a tuft of He-Man’s hair sticking out the back, like in the “Secret of the Sword” movie.

VB: Well, since that set is all-new, I mean, I think he would be the perfect solution to help further offset the cost of all of that new tooling.…

VB: Okay, okay, I will refrain from further plugging. 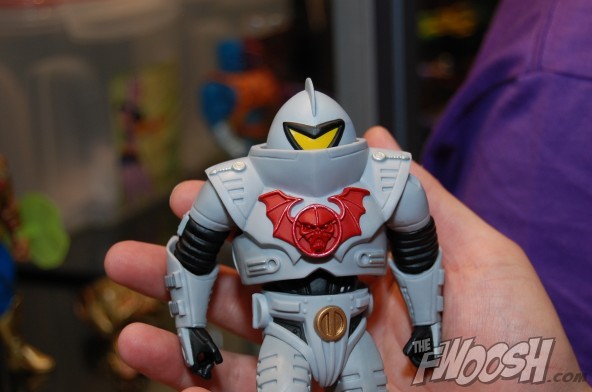 SN: The body is done! And it is compatible with other heads too. So even now you could pop on a Hordak head or He-Man head right now to make those variations.

VB: So the Troopers are a pretty big draw for the end of the year, but a more controversial pick comes in December in the form of everyone’s favorite evil purple bunny – Plundor.

VB: Now, Matt and I are both ardent Plundor supporters, but he can certainly be called “divisive” so does a character like that also send a message about other types of characters that we hope to get in Classics?

SN: That is exactly the whole point. He was right there from the beginning of the new “robust” lineup once FilMation came into the fold. So, like the Star Sisters, he might not appeal to everyone, but getting this much diversity is always what the sub was about. We wanted diversity to, not only get to characters that have never had figures, but also to extend the line. If we just did the “A-List” characters, the line would have only really gone a couple of years.

So yes, there will always be characters that not everyone wants, but come on – when you have a giant purple bunny in your catalog, I mean – he was also the star of his own episode! 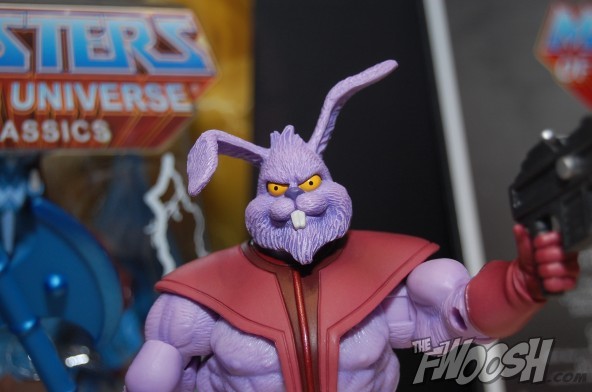 VB: Yeah, if you have never seen that episode, you might not realize this but, he was a REALLY bad dude.

SN: Yeah! I mean, he sucked all the natural resources from an entire planet and all of these poor little creatures suffered. Let’s put it this way, back when they released the “Top Ten Fan Choice” for Masters of the Universe episodes, that episode was in the top ten! So honestly, there you go. Plus, put him next to King Grayskull and you have Christmas and Easter.

SN: I am Jewish, so maybe we need to get Hanukkah-Man out there, too!

VB: With the dreidel of justice!

*Thanks for tuning in to part one of our chat with Toy Guru, come back tomorrow as we continue our conversation about all things He-Man and She-Ra!