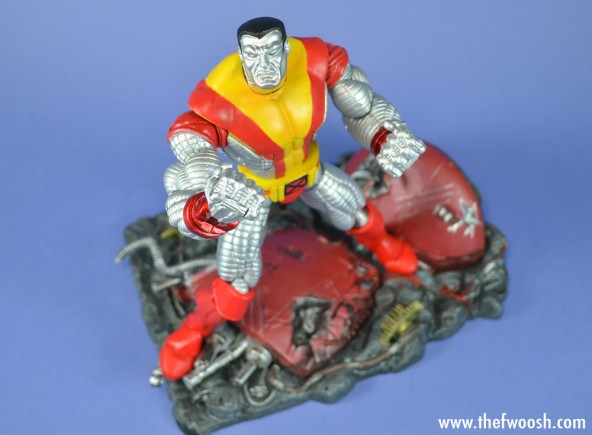 Ever since I was a wee lad, Colossus (and Shadowcat) has always been my favorite X-Man. I love his noble characterization, how he is able to interact well with all of the different X-Persons he has been teamed up with in the past, and, even in the face of atrocities and horrible acts by his enemies, he has always remained selfless and a true mark of what it means to be a hero and a student of Charles Xavier. So, I am pleased that, during the Toy Biz tenure on Marvel Legends, I was treated quite well. Piotr first debuted in the line in Marvel Legends series five sporting his classic duds, but later he was released (and in my opinion, improved) within the ML “sub-line,” X-Men Classics in his Astonishing team getup. To this day, I am very happy that I can call one of my favorite Marvel characters of all time, one of my favorite Marvel Legends figures.

Say what you will about Joss Weadon’s run on the Astonishing X-Men book, I happen to love it; the art is absolutely amazing and he brought back Colossus after an over-long absence and “death” in the 616. Nothing was ever going to compromise my happiness of seeing Pete and Kitty back together again, and John Cassiday was able to do something very rare with his design: he actually improved the classic costume while still staying true to the iconic look. Yep, a few streamlined details for the costume and strong facial features made for the best Colossus representation in years, and the one that I still hold in my head when I picture him in my minds eye. But I don’t have to try very hard because, well, we got a figure! 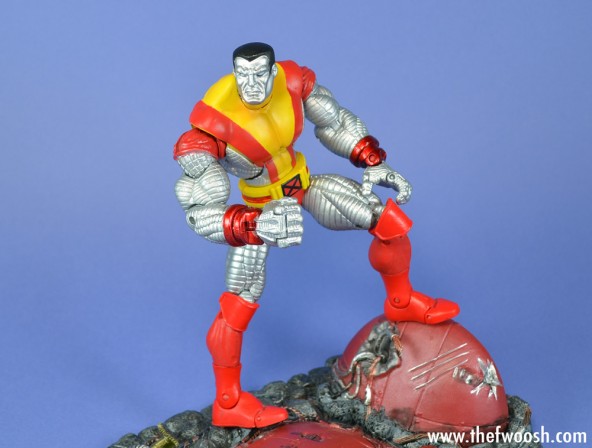 Since this is, in fact, the second ML Colossus figure, he does take several parts (mostly his limbs and torso) from the great classic figure, but his boots, sleeves, cuffs, and head are all new. The new head is most certainly my favorite new part of the figure as it think the original Colossus’ head looked a little “squeezed,” and this figure also really improves over the original in the color of his his metallic skin; it is actually shiny like in the books as opposed to very muted and flat from the first figure. Plus, I know a lot of ML 5 figures suffered from some very floppy joints (mine included), and while this figure was not perfect in its improvement on that issue, it is a lot better, for sure. Colossus is a big boy and most of the weight of the figure comes from above the waist, so special care in ensuring that the hip, knee, and ankle joints are strong is important, and this figure is able to hold a pose better than the classic Colossus. 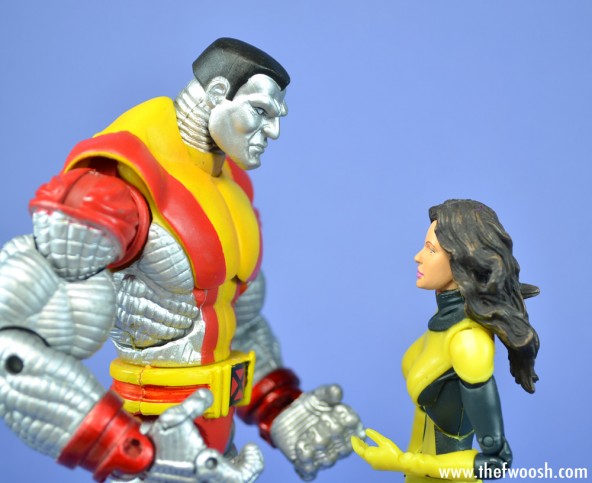 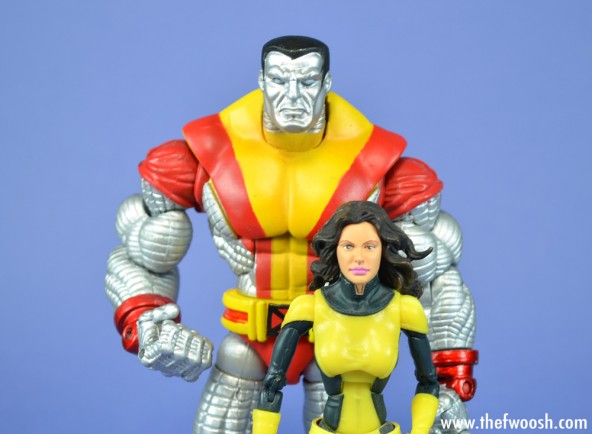 Speaking of posing, you are able to achieve some very dynamic setups thanks to his level and usefulness of articulation. A win that you get in the streamlining of the costume is that, when translated into an action figure, there are not any details that limit the range of movement in the joints. This is especially true in Colossus’ shoulders as you are able to serve up a “Fastball Special” with little effort. The figure also does not have a lot of extraneous joints (thumb articulation is about as extreme as it gets, but he has big thumbs), so the dreaded “Marvel Legends Marionette” look is minimized.

Yep, I still have all of the core members of the Astonishing X-Men in their looks from that book displayed on my shelf. Even that dreadful Beast figure. And that Emma Frost nightmare, but she will be fixed soon. Colossus is the centerpiece of that display and he looks fantastic with his Girl Friday, Shadowcat, and his little Canadian implement of destruction, Wolverine. This is one of those figures that is just well done and an improvement over the original; he also just makes me happy to have him because a favorite character is so well represented. If you own this figure, go pick it up and play for a bit, you will remember why you like it so much, and if you don’t own it, go out and find AXM Colossus.