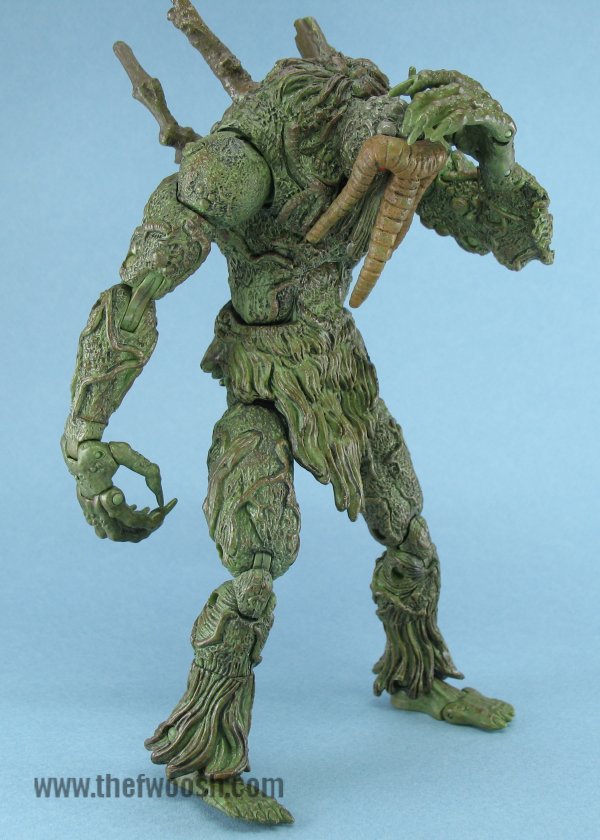 I’ve been reading the Man-Thing omnibus lately, which contains a huge swath of his earlier stories written by Steve Gerber and others, and it put me in the mood to drag out my Man-Thing. OK, now we’ve gotten the extraordinarily transparent Man-Thing joke out of the way… 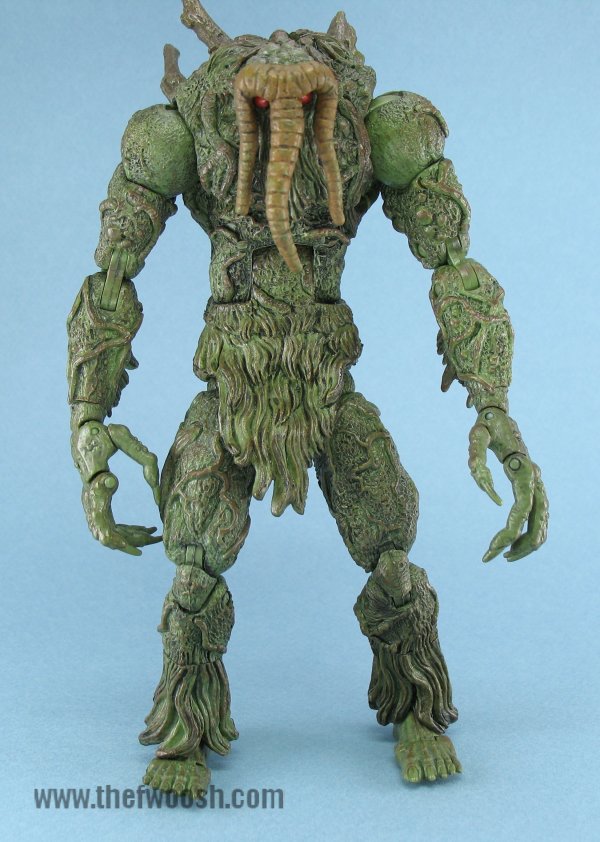 Man-Thing debuted in wave 8 of Toy Biz’s marvel Legends line way back in the early days of 2005. I wasn’t on the Fwoosh or any other toy website at that time, so I can only guess how the internet reacted to the revelation that he’d be getting a figure. I can only hope that it was universal excitement. While he received a figure at the tail end of the 5-inch line, this was Man-Thing done with respect. 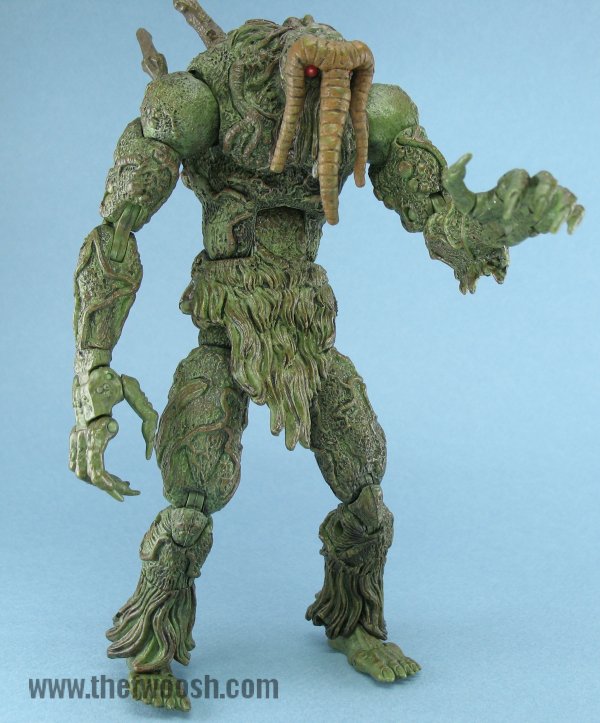 Man-Thing is an oddity in the pantheon of Marvel characters. Existing somewhere in a hazy area between creature and vegetation, Man-Thing is a purely reactionary, empathic, mindless hunk of swamp-muck that plods and stumbles from adventure to adventure without knowing what’s going on. We’ve all known somebody like that. 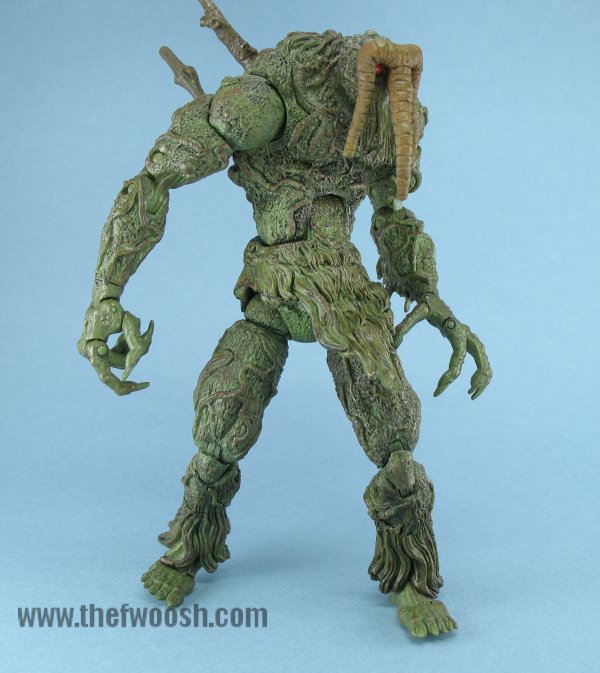 Sadly, a figure like Man-Thing probably wouldn’t happen today. Back then, unique sculpts that couldn’t be used anywhere else were tossed off randomly on a lot of different characters, but now every figure has to be carefully budgeted and rationed for maximum reuse. That makes Man-Thing one of the better figures of the Toy Biz years. Anytime you can look at a figure and be completely satisfied is a win. 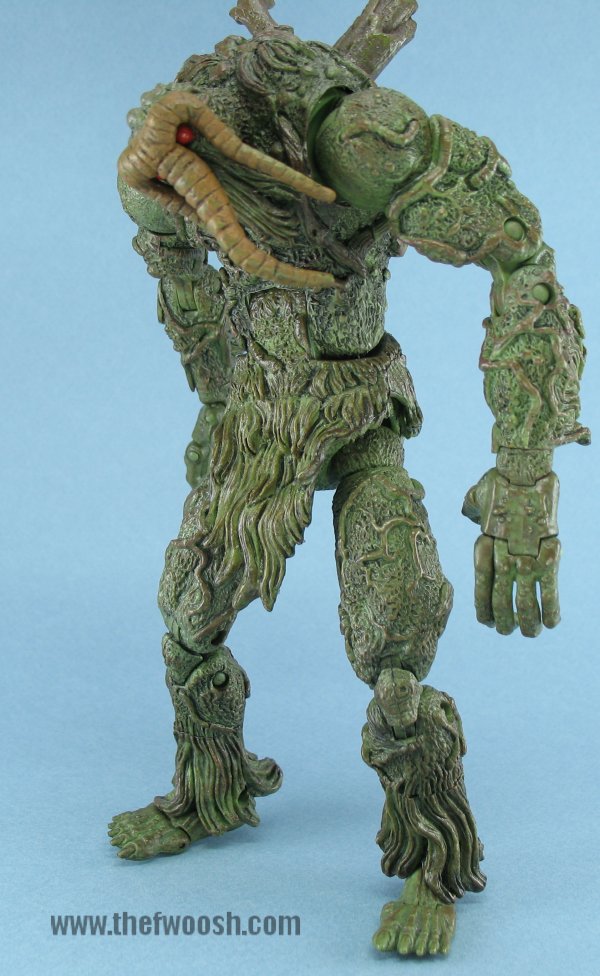 Sculptor Phil Ramirez did a great job packing tons and tons of detail into this figure, giving him a dense, yet uncluttered, look full of vines and moss and randomness. His oddly tentacled face is a perfect translation of the source material: dead-eyed, haunting, and distinctive. He looks like he was tons of fun to sculpt because with a figure like this you can go nuts with detail and texture and all those little elements. 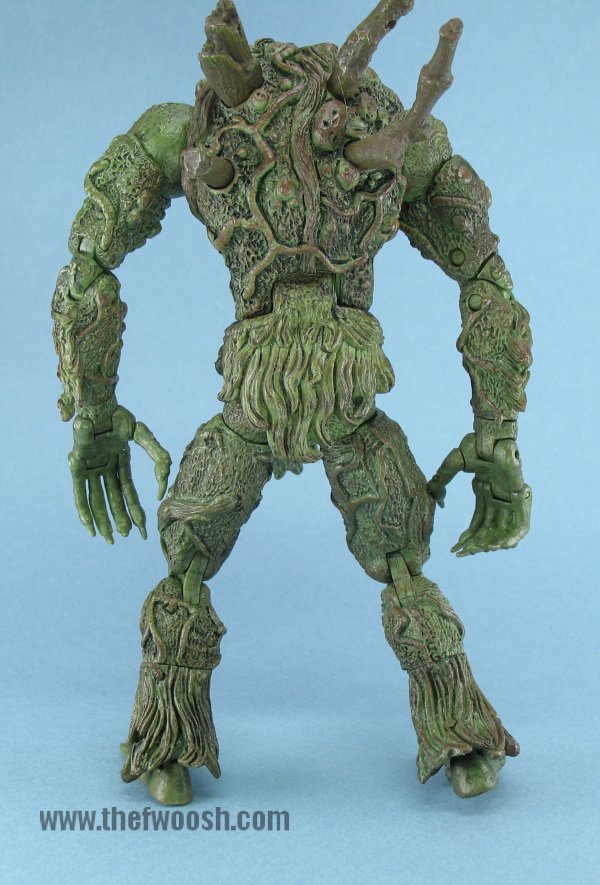 The paint is well done also, with plenty of various shades of green and subtle browns to bring out those sculpted details. He has a slimy look to him, like he just crawled out of a tepid pool of filth. 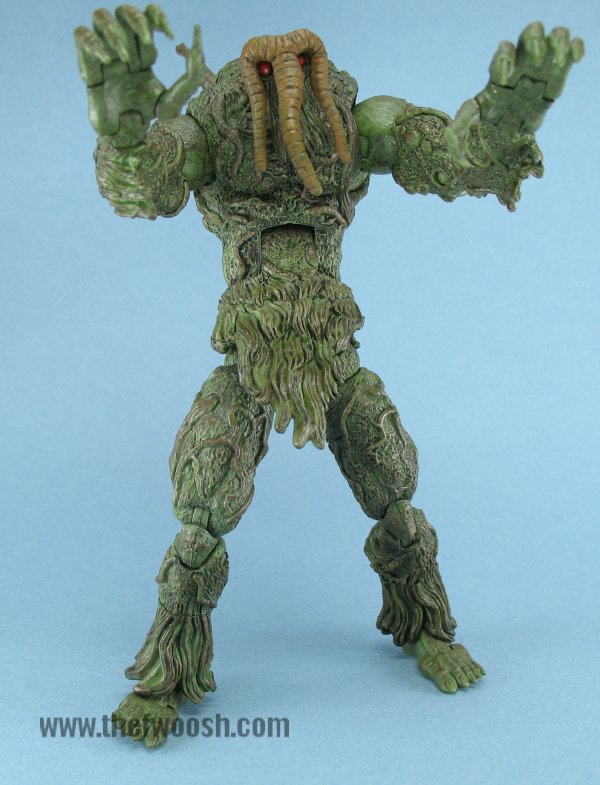 Man-Thing has great articulation for such a plodding, clumsy mass. Mine suffers from some very loose hip-balls, which I think is a common complaint from the heavier figures, so I have to be careful how I pose him so he doesn’t topple under his own weight, but, otherwise, the articulation is great and expressive, even if the character isn’t. Man-Thing has articulated fingers including thumbs, which have caused much debate over time, and he would probably not receive them were he to be made today, but, in his case, I think they’re completely necessary. Man-Thing is all about the reaching out the grabbing, the slow-witted gesturing and so forth, so to take away one of his main forms of expression would be criminal. I think not having articulated fingers would hamper his whole “Whatever knows fear burns at the Man-Thing’s touch” schtick. They may suck on other figures, but here they fit just fine. 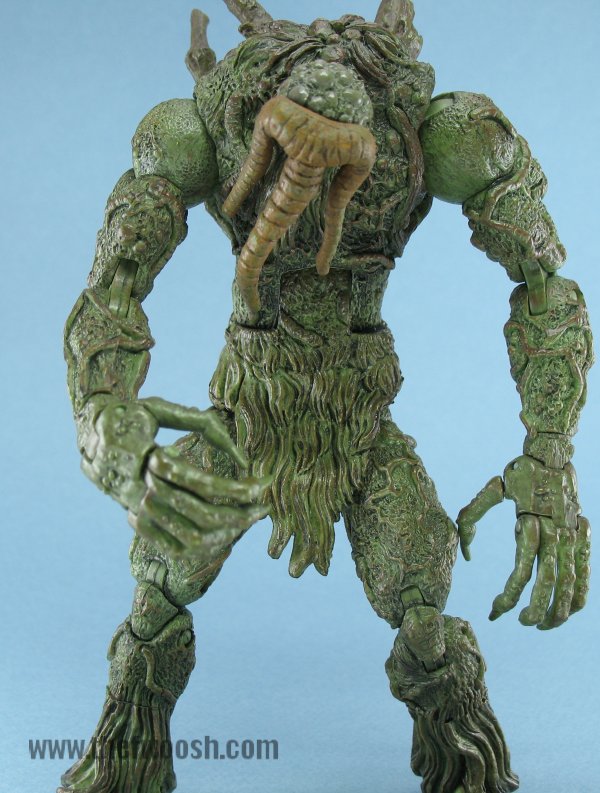 Some characters are made at the completely wrong time, utilizing the wrong bodies, awkward articulation, or subpar toynology, and the end result is more regrettable than playable. But for Man-Thing, all the elements came together at just the right time to produce a figure that stands a little bit above his line-mates to be a shining example of what Toy Biz could do when they were at the top of their game. 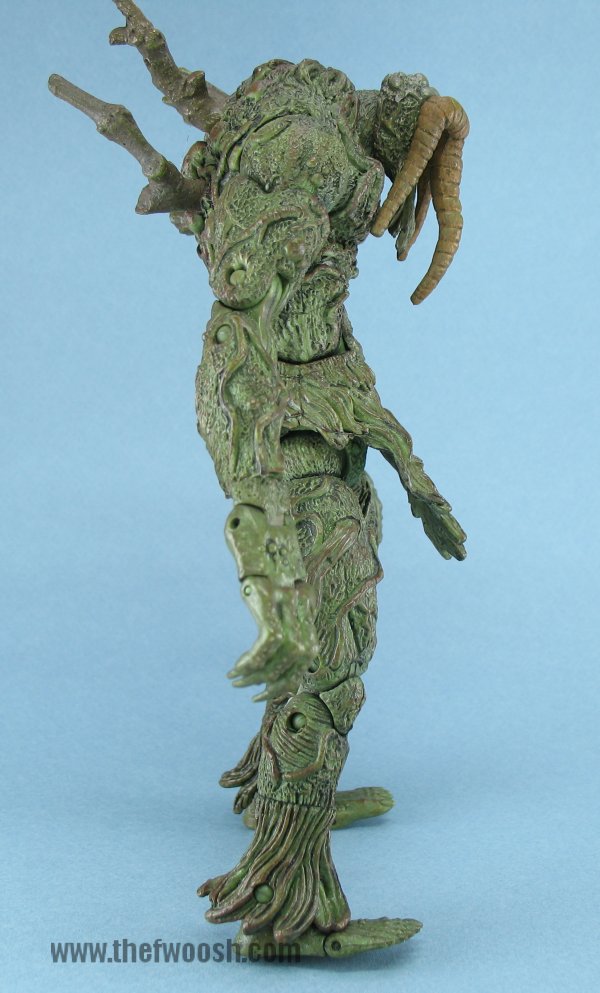