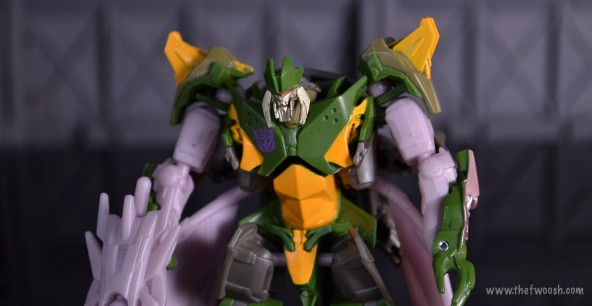 The Transformers Prime series has featured its own, unique Insecticon army that has little to do with the G1 Insecticons many fans remember from the original cartoon and comic. These Insecticons are depicted as a more formidable army who present a real challenge for the Autobots. The most prominent Insecticon has been Hardshell, who may or may not have ties to the original Insecticon Bombshell — Bombshell has used the name “Hardshell,” but whether or not this Hardshell is tied to that character is debatable. Hardshell is characterized as a fierce warrior who has taken on members of the Wreckers single-handedly and won, which is certifiable bragging rights in Decepticon circles. When Megatron needs a warrior to handle an Autobot or two, Hardshell is his ‘bot. 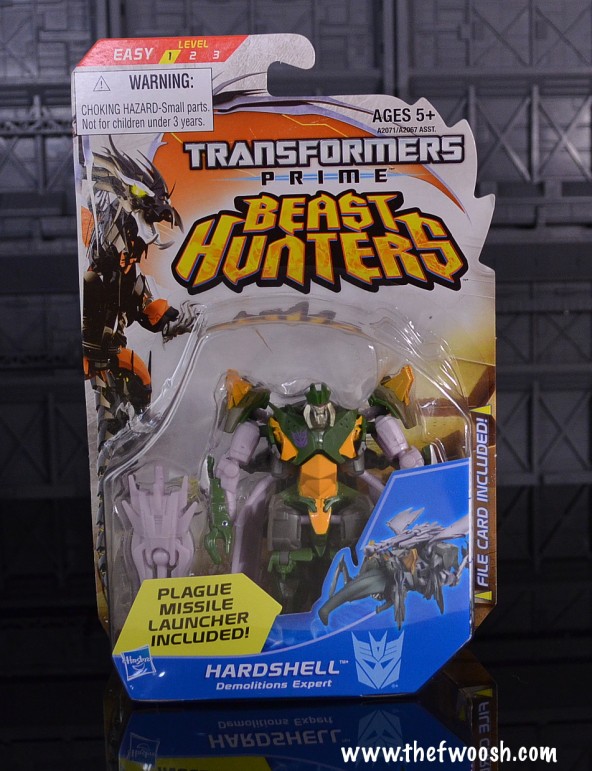 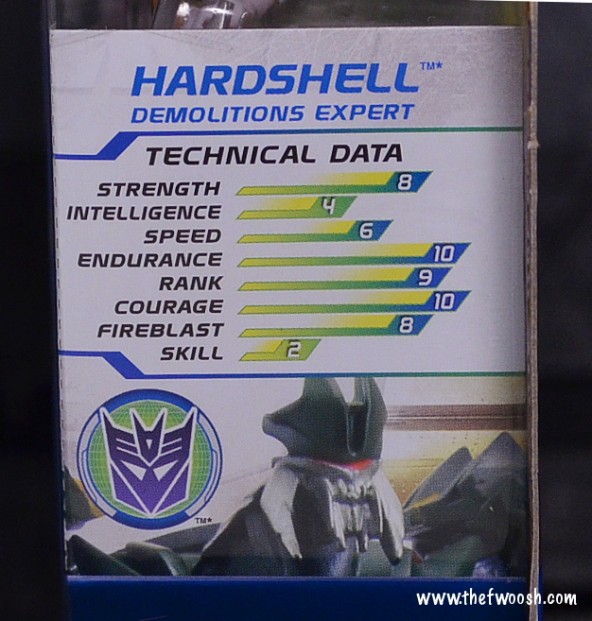 His stats paint him as a brute who relies more on strength than on strategy, and seeing as how his skill is listed as a 2, it’s safe to assume all his physical power isn’t going to count for much if he can’t use it effectively. Basically, Hardshell is the stereotypical big, dumb bruiser. And on the show he is a pretty big ‘bot, so it’s ironic that so far all we have for Hardshell is this little figure that isn’t even all that large by Cyberverse standards. 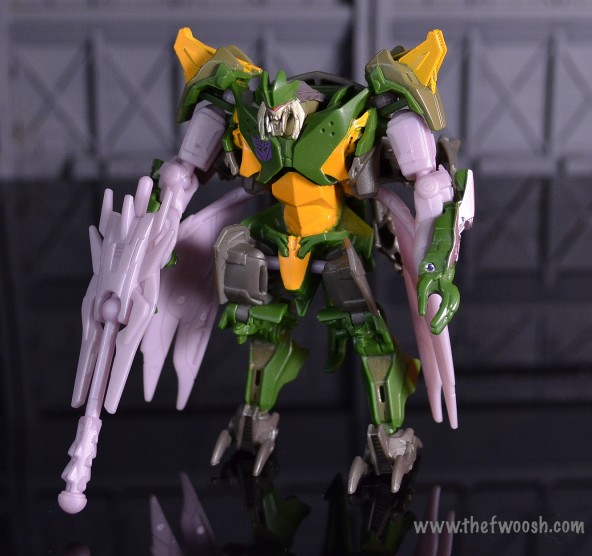 Being a Cyberverse Commander, he is basically a scout-class figure, making him about four inches tall. I don’t collect the Cyberverse figures, personally, so I picked him up simply to fill out my Insecticon ranks, which only sort of works, unfortunately. Regardless, he is a pretty cool-looking figure with a nice sculpt and a good amount of detail, especially considering his size. 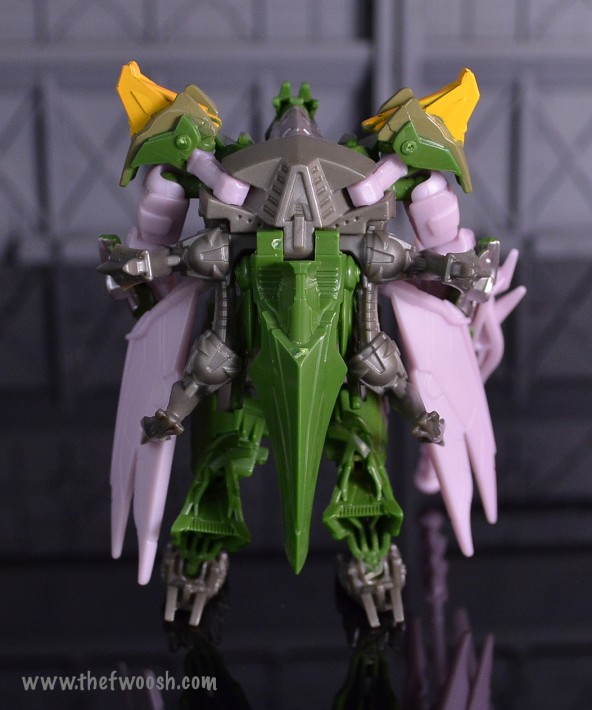 From the back it almost looks as though he’s wearing a cape the way his wings hang down at his sides. There’s something about it that looks almost regal. I think it may be those shoulder-pad things that he’s sporting. His other distinctively “insect” parts do create a fair amount of kibble on his back, but it’s not all that bad and most of it integrates fairly well and doesn’t get in the way. I guess the only thing that really qualifies it as “kibble” is the fact that you can look at it and it’s obviously a set of bug legs that really don’t succeed in looking like anything else. But given his small size, it really is better than I could have reasonably expected. 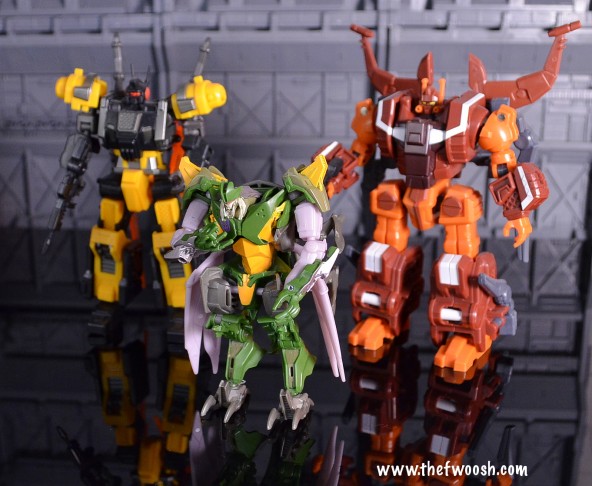 I bought him hoping he would fit well among the TFsource holiday Fansproject Insecticon set. I was kind of hoping he could fill the gap left by Venom since we didn’t get him in the set, but he really doesn’t work at all for that purpose. He’s much smaller than the Fansproject Insecticons, which are already pretty small as it is, but he still does blend in with them to a degree. His colors help him, but then we already have a yellow and green Insecticon in Fanproject’s Barrage, so, again — not ideal.
It’s tough to figure out what to do with him outside of a Cyberverse collection, I’m quickly discovering. 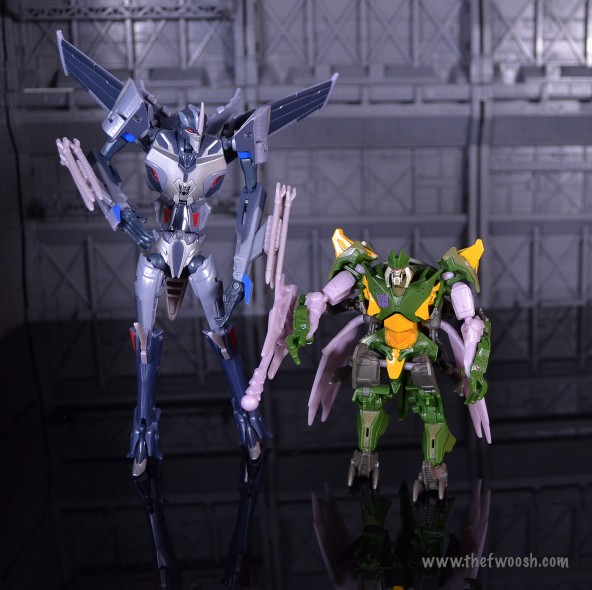 Any deluxe or voyager class figure is going to dwarf him, so if show accuracy is something that’s a concern of yours, then there’s no way he’s going to fit with the main Transformers Prime collection; he’s just too small. As a random, nondescript Insecticon, however, he could work. Heck, he could even be an army builder. 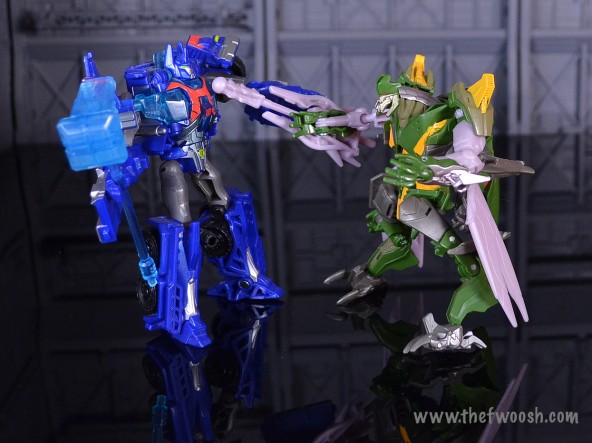 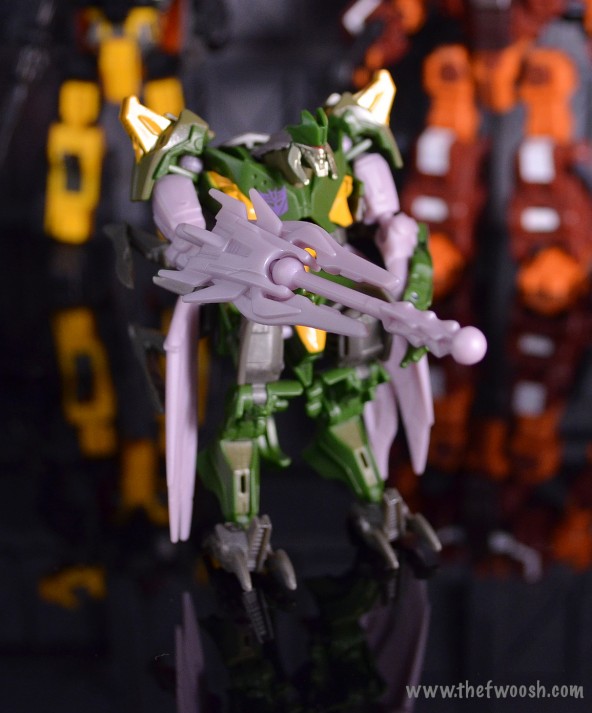 He comes with a Plague Missile Launcher that he can either hold in his hand or it can be attached to his forearm. It’s a fairly large weapon, and there’s something about its design that reminds me of the G1 Insecticon Shrapnel. It’s highly stylized and looks like an insect itself. The portion that resembles a “stinger” can be removed, but it doesn’t fire since there’s no spring-loaded mechanism. It can simply be pulled out, but that’s it. It doesn’t make much sense. Maybe they’re afraid a kid is going to choke on it like during the great Boba Fett scare of 1978? Who knows. 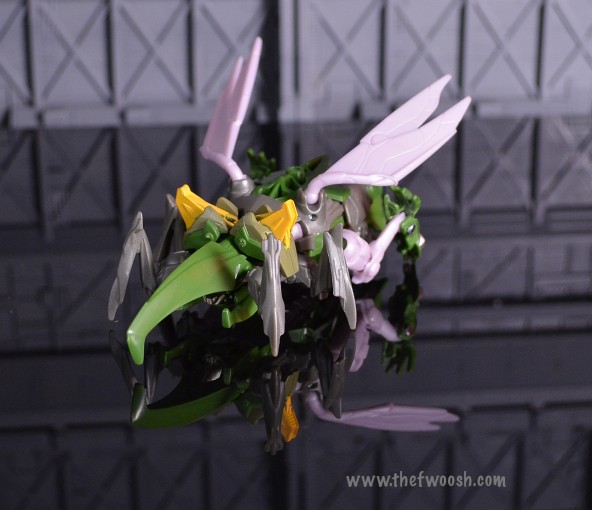 Hardshell’s insect mode is way better than I expected it to be. It actually really does look like a bug — a rhinoceros beetle, to be specific. His front four insect legs don’t move at all, which would be the only real drawback to this mode. His wings have a good range of motion and his hindmost legs can be posed freely. 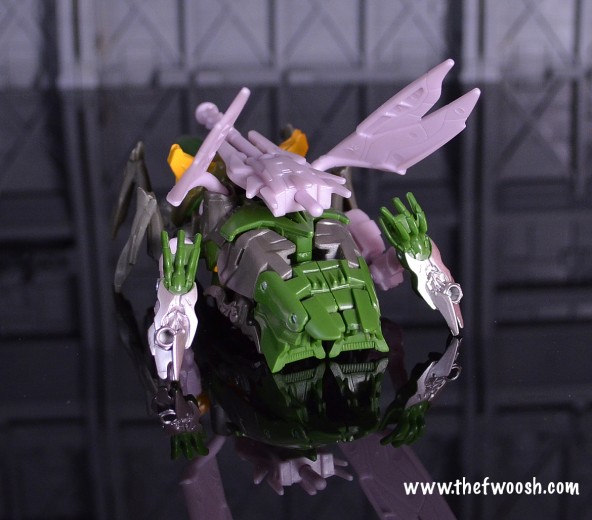 The view from the back. 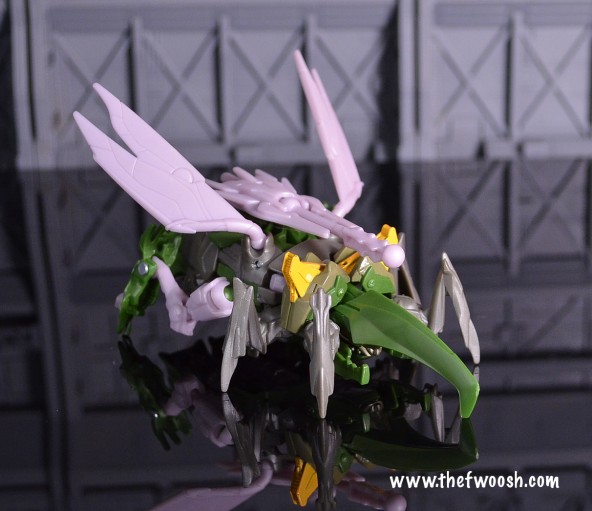 The Plague Missile can be mounted to his back and it then sort of looks like a little bug catching a ride on a larger bug. It’s kind of big and it distracts from the details of his insect mode, but it’s another display option. 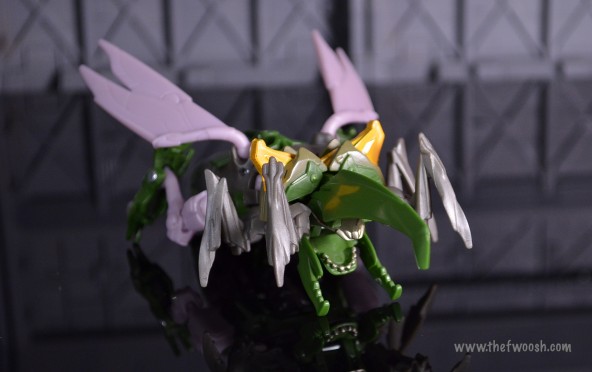 One thing I didn’t realize until I was playing around with him for a bit is that he has a hinged jaw that opens, revealing a set of chompers. It’s a simple, small feature, but it adds a lot of personality and character to his insect mode. 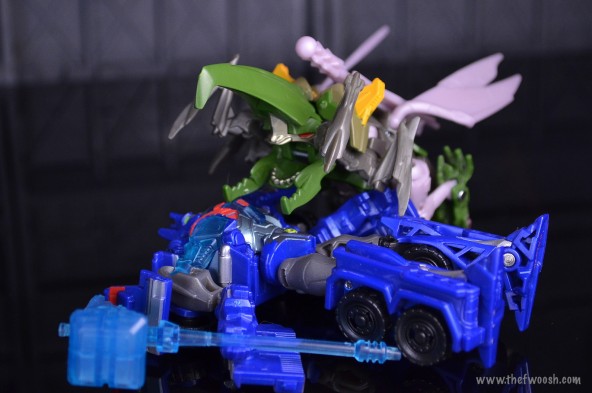 In the above pic his small, red eyes can be seen as he prepares to chow down on Ultra Magnus (man, that guy can’t catch a break lately, can he?). He just looks good and mean.

Of all the modern Insecticons we’ve gotten recently, be they Hasbro or Fansproject, Hardshell’s insect mode is the most convincing and the best executed. It actually looks like a bug, which is a heck of a lot more than can be said for many of the other figures — this alone makes him worth the purchase. For me, he’s going to be displayed as a random Insecticon grunt along with the Fansproject Insecticons, but if you want a figure that’s going to serve as a Hardshell among your Prime deluxes and voyagers, this guy may not be the best choice. He’s a solid release, though, and can be worked into any display with a little imagination (and rationalization).

Hardshell is hitting most major retailers right about now and can be purchased for about $10 or so depending on where you go. Or, if hunting for this guy seems like it’s going to be too big of a chore, he can be purchased from just about any of the tried-and-true online retailers.