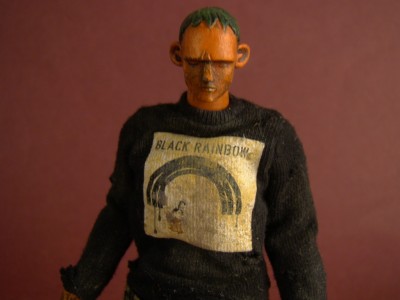 I had some casts of ThreeA figure heads laying around for some experimentation, so I took one of them and made a Thomas Thruxton. He’s still orange colored, and, for some reason, my 3A world hasn’t been able to piece together the relationship between Zombkin and Thomas despite the same clothes and skin color… 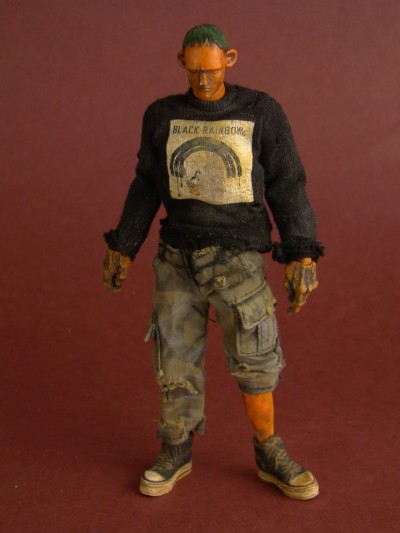 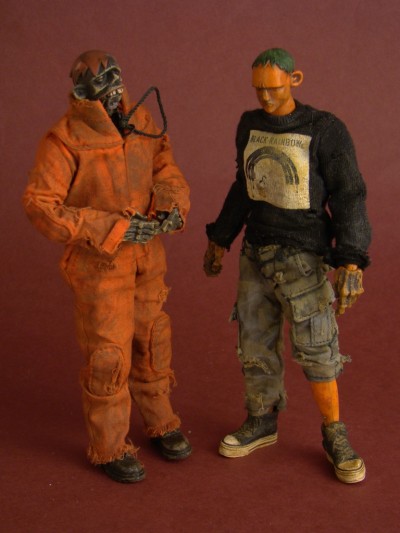 Nothing fancy, just something real simple. 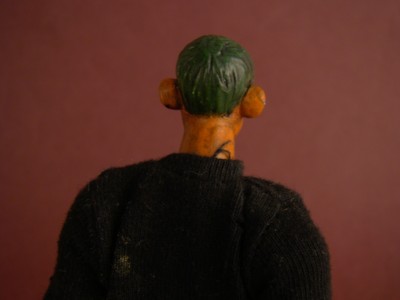