Looking for a dose of entertainment? For movies, TV, and music - the Multiplex is your spot.
Post Reply
36 posts

Starting a new thread, looks like there isn't one for this film yet.

So, that's unexpected more or less. Will it be the Wolverine we know? Will he be in proper costume? Or maybe, as the guys from the Weekly Planet have speculated, it'll be a Deadpool and Hugh Jackman adventure, as in DP enlists the help of Hugh the actor instead of Logan.

Just hope it's a one and done thing. Like Pat Stew's Xavier, it's hard no to love Jackman but he's too old to keep up this role for the MCU.
Top

Thank you, I couldn't find one but didn't have time then to look harder or start a new thread.
Top

Multiverse!!! Also primes Deadpool to be part of one or both of the next Avengers movies.
Top

One things for sure. It’ll put asses in the seats.
Top

BRB I think I need to go change my pants. <3
Top

Yes! It's opening phase six, coming between Thunderbolts and FF, and likely setting up the incursion fiasco for the close of the Multiverse Saga. I imagine it and FF will do the main table setting like how some of the movies before Infinity War we're done.

Jackman is a huge surprise to me. Totally makes sense but I didn't really expect it.
Top

We still get our small doses with for now. And a cartoon.
Top

That and the rumor about the fox mutant actor contracts. Supposedly marvel can't recast any of the former fox characters until the original contracts expire, which I think is 2025? I can't remember now and I don't know that's even official. But if true, it makes sense with Stewart in MOM and only thing little hints and shout outs so far.
Top

You know, I would have loved to have seen Hugh Jackman's Wolverine and Patrick Stewart's Charles Xavier interact with Robert Downey Jr's Tony Stark and Chris Evan's Steve Rogers.

Well, ya never know. With this "multiverse" thingie, anything's possible I guess.
Top

Well, ya never know. With this "multiverse" thingie, anything's possible I guess.

I am not expecting it in the "if they don't, I'll have a nerd tantrum on an internet forum" way but at this point I won't be surprised to see everyone you named in a mega multiverse blowout battle alongside Lou Ferrigno and Spider Ham voiced by John Melaney in 2025.
Top

I dont think they'll go so meta jokey as to have him play himself, Ryan specifically says "you wanna be wolverine one more time" so he's gonna be wolverine.

It'll likely just be like MoM where he's a variant. With the multiverse open they can use any number of versions. This also makes it easier for hugh to accept as one of his main hurtles to returning was he didn't want to ruin the firm ending he had with the character. So playing an alternate version works and it appeases fans and Ryan himself who feel like it was a missed opportunity to have them together.

Curious if this will sideline Brolins cable or not. Excited none the less.
Top

That was one of the best teases for a movie coming in two years I’ve ever seen. 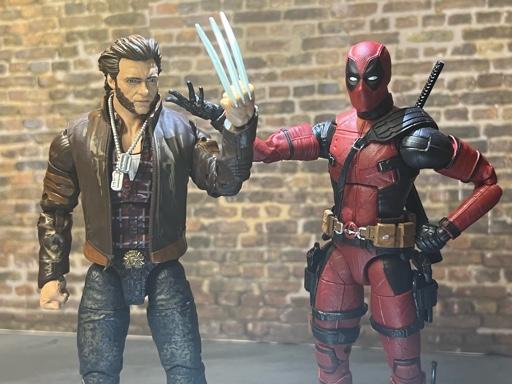 HUGE update on what the film is about!!

I am beyond stoked for this film! It's gonna be so frikken' funny!
Top

I hope this is a swan song for the FOX-Men so the MCU can start fresh with recasting. Other than Reynolds himself, of course. I love Hugh Jackman's Wolverine but I'm tired of him.
Top
Post Reply
36 posts