F-TEAM! ASSEMBLE! Doo doo doo dum dum! - Not all toy topics can be assigned a famous block. Talk about the rest of the toy lines here!
Post Reply
95 posts

There were these 2 new shots from the BBTS listing for Grimsword. 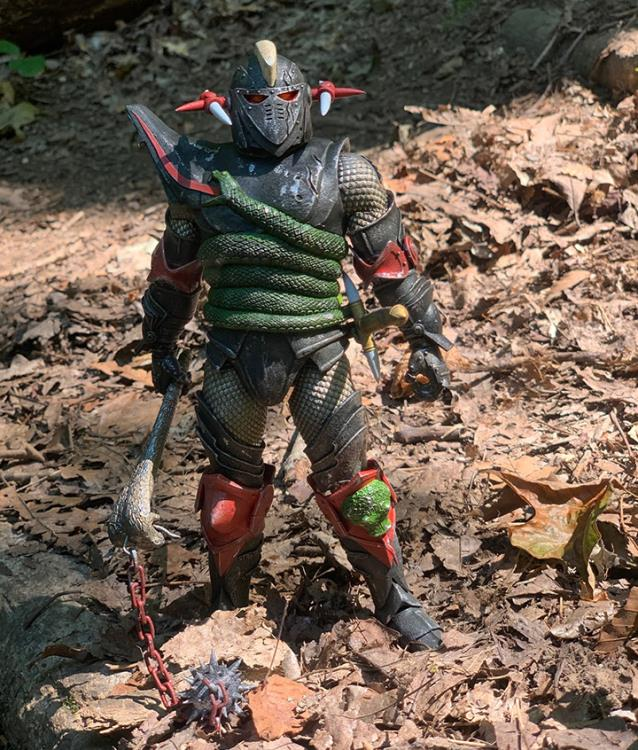 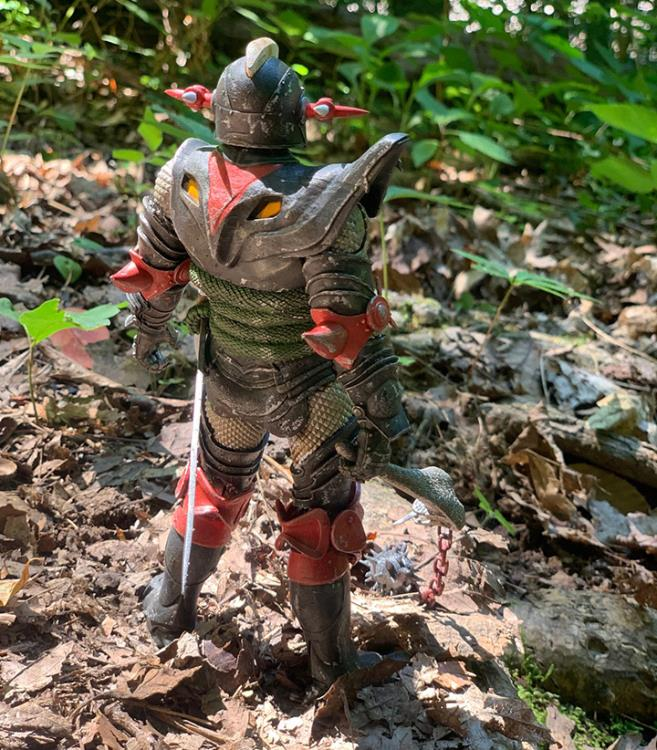 I'm on the fence until I see what kind of articulation these have. I don't have any connection to a previous line so these are totally new and original to me.
Top

Grimsword looks fantastic in that image!
Have NECA reused the Rambo body for Warduke? It looks pretty awful.
Heavy reuse along with weak and stuck joints is certainly NECA's MO thesedays.

I could be wrong but I’m thinking Warduke as a more buff Jason Statham type than a super buff Arnold type in size so the figure looks fine to me so far.

Also these seem to skew to a more realistic style than any cartoon or comic look. 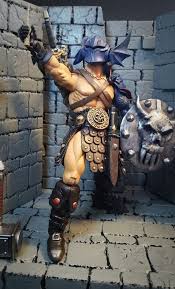 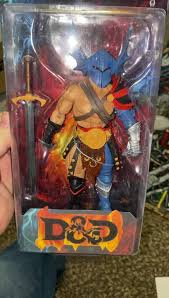 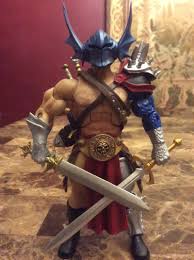 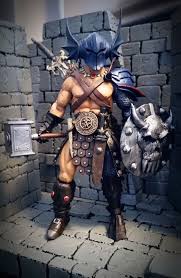 JordanRH wrote: ↑
Sat Sep 25, 2021 9:11 am
Grimsword looks fantastic in that image!
Have NECA reused the Rambo body for Warduke? It looks pretty awful.
Heavy reuse along with weak and stuck joints is certainly NECA's MO thesedays.

Is it? I haven't been running into "weak" or stuck joints outside of an arm swivel that needed freeing. Everything's felt really good out of the package more than ever.
Top

I think it's the poor fit of the accessories that is throwing off the look of Warduke. Look at how high the strap floats over the right shoulder. Looks like a kid wearing his father's suit.
Top

NECA has always leaned towards to more realistic interpretations unless they’re specifically going for a cartoon or video game look (which looks terrible with the weird shading imo).

Super7 would be the ones to do a more true update on the classic Warduke figure, but alas NECA has the license.

Ok with me, I think NECA’s figures here look fantastic. I would most certainly buy an Ultimate Warduke from Super 7 as well if that ever happens.
Top

Super7 seems like they would much sooner do a cartoon version of the character (and I wouldn't be all that surprised if Hasbro didn't license out the cartoon to them, given GI Joe, Power Rangers, and Transformers). 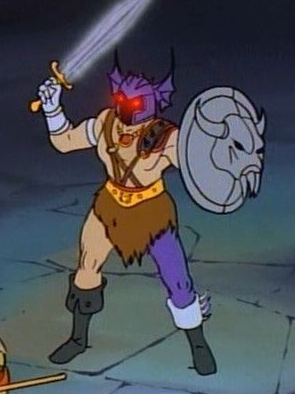 When you say "classic Warduke" I would more likely think the official artwork, and that style really doesn't trend with the figures Super7 do. The one below seems to be what some were expecting from NECA. 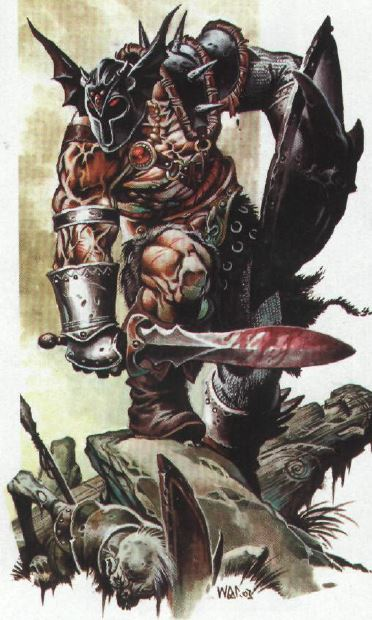 The existing NECA figure looks more like the even older artwork below. The character itself is strong, but he's also notably agile (... at least according to the stats I found for him...), so being abnormally muscular may not trend with the character itself. 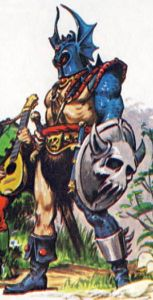 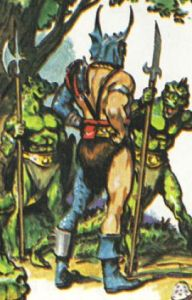 At this point I've looked at them the last couple days and I think I'm pretty happy with how they both look, and once we see them posed up with their weapons I think they'll look even better. My only qualm is still with articulation, as I was really hoping for double joints. Elbows and joints only hitting 90º, especially the knees, limits what they can do quite a bit outside of standing there menacingly. Grimsword's articulation is also a bit of a worry, but hopefully it works well once we see it in action.
Top

I know for sure that my disappointment in Warduke's physique stems from my affinities for MOTU Classics and my desire to have Warduke mix in with them. It's not that he's wrong or bad... just that he isn't exactly what I was envisioning.

Still getting him for sure...along with whatever other AD&D figures they release.
Top

Yeah, those last two images are definitely what comes to mind when I envision Warduke.

I have a feeling this is just the tip of the iceberg with AD&D figures. Betting more companies will jump in, especially if these sell well for NECA.
Top

Looks like a faithful update of the original LJN figure to me with a dash of the usual Neca realist proportions. What's the big problem? Can't wait to see more!
Top

Mongoose wrote: ↑
Fri Sep 24, 2021 8:24 pm
Kids sometimes have a random figure and nothing else from that line. That was Warduke for me, Loved the original. To those who say they're disappointed with how it looks, what's wrong with it? To me, it looks like a very faithful update of the original figure.

These look fantastic as homage figures to an old toy line.Can’t please everyone.

Same here,I had him in my bad guys gang,only D&D fig I ever owned!
Top

JordanRH wrote: ↑
Sat Sep 25, 2021 9:11 am
Grimsword looks fantastic in that image!
Have NECA reused the Rambo body for Warduke? It looks pretty awful.
Heavy reuse along with weak and stuck joints is certainly NECA's MO thesedays.

Is it? I haven't been running into "weak" or stuck joints outside of an arm swivel that needed freeing. Everything's felt really good out of the package more than ever.

Also all of my NECA movie TMNT figures have pretty limited articulation due to stiffness, despite multiple warm water baths.

I know that it is not just me that have issues with NECA figures and the company has had QC issues for as long as I have been collecting their figures i.e. since the Reel Toys 'moving statue’ days. Also since the ‘Predators’ movie figures were first released the amount of reuse NECA employs has started to irk me a bit too.

IMO, the reason Warduke looks off is because the body was made specifically for a Stallone figure and not this character and the parts used to make the figure Warduke look ill-fitted, like a custom bash.
Top

Sounds like you've been pretty unlucky. I've collected just about the whole cartoon turtle line and have yet to run into any QC issues other than sloppy paint applications.
Top
Post Reply
95 posts