MAY THE TOYS BE WITH YOU! - Star Wars Black series both 6 inch and 3 and 3/4, vintage, POTF2, whatever! If it's a toy related to Star Wars then come talk about it!
Post Reply
7839 posts

Of all of the extras for Omega to have, I would have preferred a swappable head without the headdress piece she had for one episode. Or they should have gone with her hair without it if they were only going to include one head for her.
Top

I am legit angry at myself and Hasbro for how many times they keep selling me the same Malibu Stacy with a new hat-of course I’m gonna get that Jedha trooper and be filled with regret and shame when he arrives. Also-Bibs staff being missing is a pain. So is it coming with Fat Bib or BOBF Boba? And how many years after the show airs will we have to wait to buy it?
Top

Reefer Shark wrote: ↑
Wed Oct 27, 2021 4:47 pm
Man, I really tried so hard to get that Shock Trooper. Camped out on the product page for months, refreshing multiple times a day. I really hate Walmart exclusives so much. Im down to collecting mainly troopers, sith and Mando figures - so I may end up looking for a deal on the aftermarket for the Shock Trooper - but it's very frustrating that I have to do that after trying so hard to get it from the day it went up for order...

Ah well, hopefully it shows up in some higher numbers somehow.

Try your luck in Australia?

Bad Batch Echo looks great, but I'm weary about that left hand. It's his only gun hand.

If they use the normal non-trigger finger hand there it'll be a crime punishable by being thrown in a Sarlacc pit.
Top

These all look amazing, so excited for all of them! Only a few minor gripes to be had.

Echo I think is pretty much perfect, aside from the missing bicep, I think he is as good as we could possibly hope for. Just glad he isn't a deluxe, given that he comes with about the same amount of stuff as Cobb, and more new sculpt...

Bib looks great, aside from the wierd blue highlights. Hopefully those will be less prominent in hand, or they'll absolutely need to be covered up. I don't personally mind the lack of soft goods, I think the plastic looks pretty good. But what's with the cups? I'm glad they gave him some accessories, but why not the staff, or even Salacious Crumb or Buboicullaar?

Omega looks alright, I imagine the face will look a lot better with out that horrible shine. I don't why it's only on some figures. Echo and Mayfield are pretty matte, but Boba and especially Herzog are crazy shiny. Ruby is nice, but I wish we had gotten AZ instead. Hopefully for season 2! A closed bow would have also been nice, and I wish we had gotten her without the crown, as she only has it for the first episode.

All of these I will buy as soon as I possibly can though! Can't wait.

Edit: realized I forgot the stormtrooper! It looks to be the amazing Mandalorian trooper, just with way more accessories. I'll have to wait and see if the sheen and color match, and if so I'll def9be army building them instead of more Mandalorian troopers!
Top 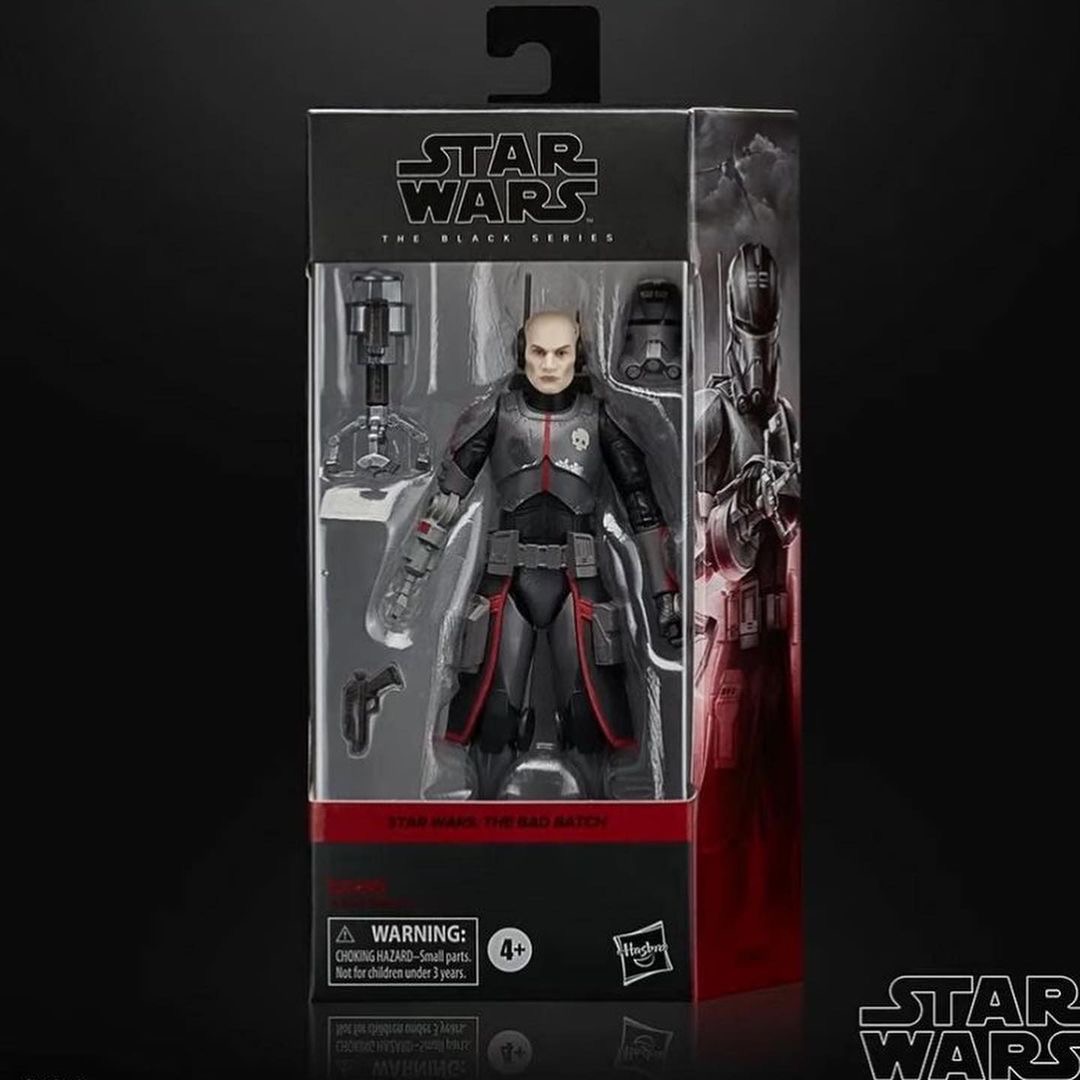 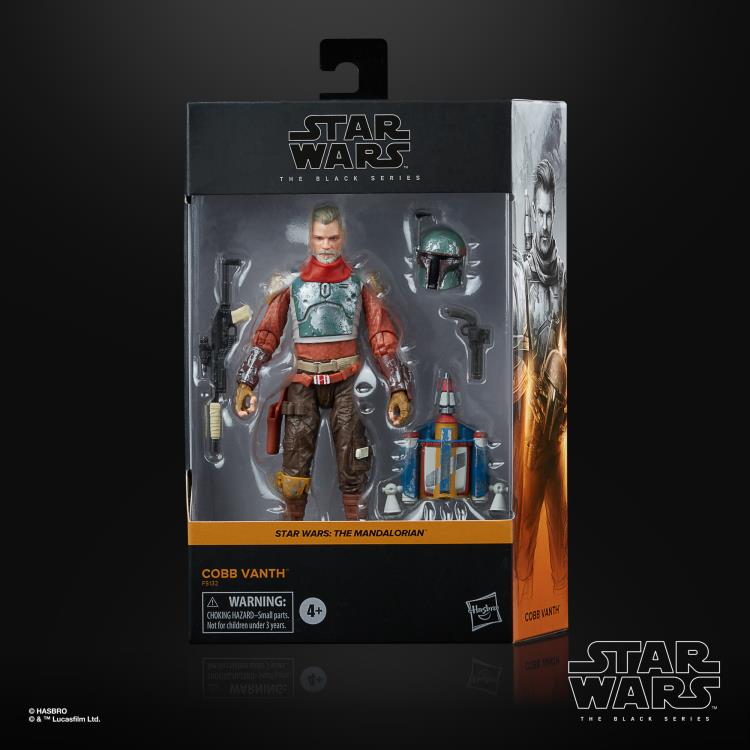 Bad Batch Echo has a lot of accessories and new sculpting - regular release.

Well you see... one has a backpack, the other a jetpack. Jetpacks are cooler than backpacks, you do the math.

There was earlier discussion about "the Star Wars tax" in lego, but I can't help but wonder if Olyphant got some favorable deal for his likeness as well. I got the sense that he was cherrypicked for the role, and maybe knowing this, he was more demanding in negotiations. All baseless speculation though.

Just wondering, did they discuss how Echo's helmet will fit over that honkin great head implant he's got?
Top

If you really don't want it, I'll take it off your hands!

It’s in plain site why they are charging more for Cobb Vanth as a deluxe, his box is bigger so they need to charge more as a deluxe figure

Well, it could be that this Echo was in a whole season of an animated show (not even counting his Clone Wars popularity) and likely to sell very well.
Vanth was in 1 episode of Mandalorian, and they’re unsure how well he’ll sell, taking into consideration that other characters that appeared in more than one episode still have their figures on shelves. Deluxe pricing could be hedging their bets.

This is all assuming the reasoning for the deluxe price is obvious, after all heavy Mando just came with his jet back and big blaster and was $30 and people were happy to pay that.

Or it could be the obvious thing of; plastic costs have nearly doubled and shipping costs have trebled. A few extra dollars per figure sounds pretty fair to me.
Top

Got shipping for Filoni and the cantina set I am sort of ashamed I spend so much money on. That was faster than expected.

Can't wait for those Bad Batch figures. They look great! I do hope they use this as an excuse to finally do a left hand trigger finger though for Echo. I mean Legends has mirrored trigger hands for both hands, SW really should too by now, yeah?

... and just got shipping for a Cad Bane I forgot I ordered from Dorkside so long ago I forgot about him (I'd found him elsewhere since). That's going to be a fun gift for a SW collector buddy who was never able to find his own Cad though.
Top

MickJohnson wrote:Just wondering, did they discuss how Echo's helmet will fit over that honkin great head implant he's got?

It looks to me like the helmet is actually a faceplate that will attach to the head implant.

Sent from my SM-G986U using Tapatalk

Only minor nitpicks on these and, overall, to be massively applauded and encouraged, especially the unique tooling and engineering that should be expected.

The blue on Bib's skin seems much too bold and excessive. Expect it might be more subtle in hand, though, because, whatever Hasbro's faults, it's not the sort of mistake you'd expect from them on a character like this with such clear and abundant reference material. To give them the benefit of the doubt, though: Probably just the promo photos misrepresenting it, or an overtly cartoony application on the sample figure photographed; because it currently looks a bit like your child/sibling got at your collection and decided to customise your figure with battle damage/wounds/'alien blood' with felt-tip pen. Really great sculpt all over. Costume blue's slightly too bright, but that overly saturated, garish colour when representing costumes has become commonplace at Hasbro for MCU Legends as well as Black Series. Obviously a problem at the factories where they're unable to produce suitable colours with the plastics they're using, though, because it's difficult to believe anybody continually making these off choices deliberately wouldn't be reprimanded by somebody who's a genuine fan in the office; and for it to be happening across two lines, with separate teams, indicates the error's a manufacturing issue not originating at the offices.

The trooper's appearance was obviously easiest to predict, but it looks very nice, no complaint.

Omega looks better than she could have. Get the feeling they worked hard on the face sculpt. Think it's actually better at linking a lineage to Jango/clones/Temeura than Hunter, Crosshair and Tech (who feel a few steps too removed), which is no mean feat as she's a different gender and a child. Maybe still a touch too 'animated' in style (I think Wrecker probably got the perfect balance of the four released in translating the faces to 'real' from cartoony), but very good and I expect it'll look very fine in hand. Extra pack-ins/accessories are really, really appreciated to add value to such a small figure. Perhaps a future variant/exclusive with an alt hair piece fitted could include Gonky or AZI, please.

Echo's an absolute triumph. Reminds you exactly what you got into Black Series for and what your money should be achieving. Shows care, attention, value and skill. Bicep, like the arm attachment, is likely to be another development of misleading concept art- much less an issue, though, than Rex and, particularly, Imperial Crosshair (who, not just miscoloured like the Elites, is so innacurate it's insulting and offensively lazy, too). Interested to see how the helmet works because the resolution of that always seemed a puzzle- massive credit deserved, considering the embarrassing botch-job of Tech's lenses/hemet/glasses. That they found some sort of aesthetically pleasing way to engineer this illustrates what they're capable of when they put love into the line. Work to be proud of, here.

Great reveals. If these are what the team can produce at the new $21.99 price point, nobody could complain.
Top
Post Reply
7839 posts