Looking for a dose of entertainment? For movies, TV, and music - the Multiplex is your spot.
Post Reply
20 posts

The Hollywood Reporter has confirmed the Ta Nehisi-Coates and JJ Abrams are doing an alternate reality African American Superman movie. No word on which one as DC has a few in the comics. The two most likely candidates include President Superman Calvin Ellis, or New 52 Earth 2 Superman Val-Zod. Although I think Sunshine Superman from Animal Man should be considered.

If we got Commie Bastard Superman, at least one of these guys should be Todd’s short list. If it’s Val-Zod, that opens up another whole Multiverse world of characters for Todd to explore.
Top

So damn tired of hearing “Commie Bastard Superman”.
We get it, dude, you’ve watched a lot of John Wayne movies.

Red Menace Superman it is.
Top

Calvin would be awesome to see from McF. I just have always hated how his cape is designed to start from the shoulders so hopefully it won't go that route.
Top

Would rather have a black Clark than Calvin Ellis, since there's so much to explore with the former (esp. w/ Coates being a journalist himself) and also because the latter was based very heavily on Obama - whose legacy isn't great, and will probably get worse with more time.
Top

I’ve never found the character of Calvin Ellis to be overtly political. And I'm not what you’d call liberal.

But Val-Zod opens up a world of characters that’s been pretty well fleshed out with some cool design work by the always fantastic Nicola Scott. I particularly like Atom and Flash from New 52 Earth 2. I think Todd should take a run at it.
Top

To be clear, the only thing confirmed is Abrams and coates are making a new superman film but beyond that everything is speculation. Thr reported that the RUMOR is wb wants a black superman but those same rumors came up about Michael b Jordan back when Cavill didn't do Shazam but nothing happened.

Nobody has confirmed if it's a reboot, alternate reality, continuation or what. Everything's carefully worded to avoid confirming just what it's going to be.
Top

Huh. Just saw on Bleeding Cool where THR confirmed that this movie would feature a Black Superman. Whatever. Sounds like the proverbial “fluid situation”.

Comic wise, it’s heavily rumored Calvin Ellis is getting his own book. Same with Nubia, although that is confirmed.

All that has happened is thr reported on an interview between coates/Abrams and a website where they announced the project. Coates stated, “I look forward to meaningfully adding to the legacy of America's most iconic mythic hero."

Abrams added “There is a new, powerful and moving Superman story yet to be told. We couldn’t be more thrilled to be working with the brilliant Mr. Coates to help bring that story to the big screen, and we’re beyond thankful to the team at Warner Bros. for the opportunity,”

Nothing beyond those statements has been made. Thr added that "sources" stated that wb wants a black superman and that is gaining traction because of coates involvement but nothing has been stated or confirmed. Just that he and Abrams are doing the next superman film.

It may have Cavill and build off of Mos, it may be a reboot, or it may be alternate universe like joker, it could be dceu but be one of the black superman characters but we don't know.

Problem with the internet nowadays is rumors get spread like fact super fast. I hate getting on instagram and seeing "such and such confirmed" because someone posted a rumor on some website. Just causes alot of confusion.
Top

Tommy Tomorrow wrote: ↑
Mon Mar 01, 2021 12:20 am
I’ve never found the character of Calvin Ellis to be overtly political. And I'm not what you’d call liberal.

But Val-Zod opens up a world of characters that’s been pretty well fleshed out with some cool design work by the always fantastic Nicola Scott. I particularly like Atom and Flash from New 52 Earth 2. I think Todd should take a run at it.

If this is true I do hope they go with Val and Earth 2 in general. Earth 2 was the only thing from the new 52 that I enjoyed and kept up with because it was so different from the normal stuff. I just hope they lighten it up a bit. Sometimes it seemed like the heroes just couldn't catch a break.
Top

We've already had a Black Superman. Shaq is gonna reprise his role as Steel! 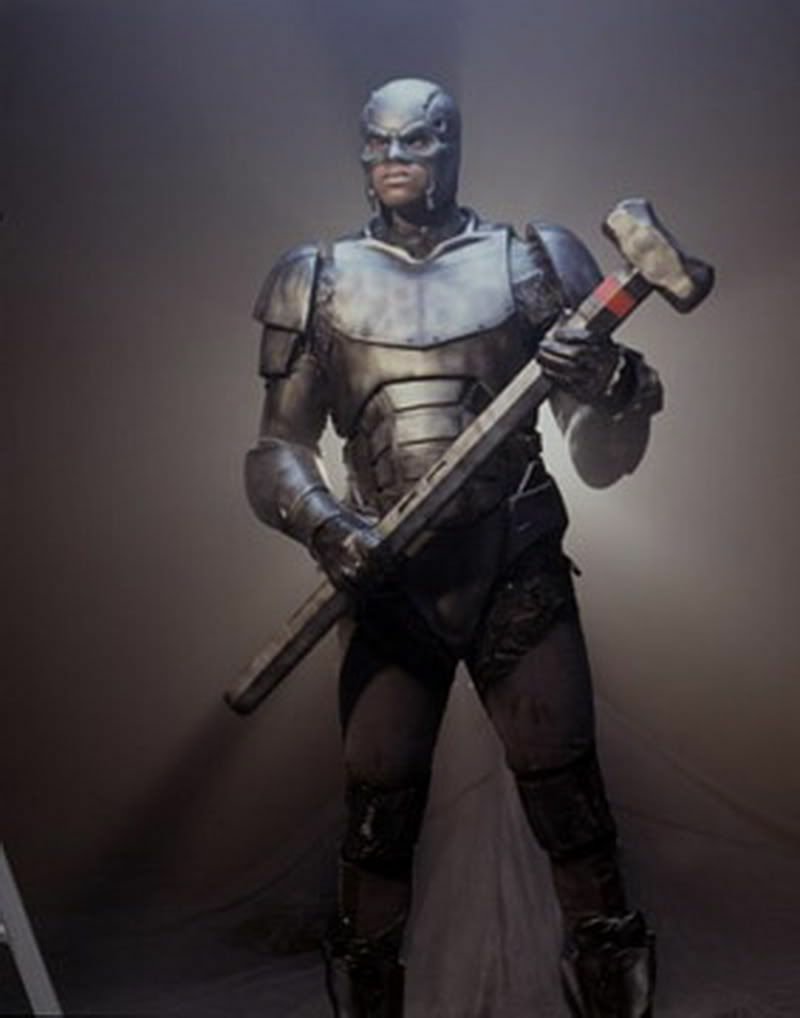 Surprise, look who's back, not a prize from a cracker jack.
Top

I have no real problem with this, I just wanted Cavil to get another shot at a solo Superman movie. Oh well, the multiverse is a godsend for movie companies who want to throw anything at the wall to see what sticks. They have two Jokers, two of.............just about everyone else. Have at it.
Top

Truth is, I started this thread for potential figures from Todd since the movie is at least two years out. Probably longer.
Top

Not surprised at this.

"Man of Steel" underperformed for WB and pissed the shareholders and execs off, only making a 11% Return on Investment. https://thumbor.forbes.com/thumbor/960x ... erhero.jpg


Black Panther was a massive cultural, critical and audience success, with a huge box office market.

This move smells of WB trying to capitalize and cash-in on that. It's right out of their usual playbook. I can already see how this was pitched to investors. Especially since this has been in the works for a couple years it seems.
Top
Post Reply
20 posts