Looking for a dose of entertainment? For movies, TV, and music - the Multiplex is your spot.
Post Reply
123 posts

Bashbash99 wrote:whatever, she felt shoehorned into S2 of Mando anyhow. but she certainly screwed herself out of a (potentially) big part in the Rangers of the new republic show, and i'm not sure how many more acting gigs she will get given the current controversy and the fact that she isn't getting any younger.

The holocaust comparison in and of itself might've been forgiveable as just being over the top but really it was the final straw for disney after months of offensive posts on social media that went against the disney brand. I don't get why more stars don't hire professionals to manage their social accounts but it seems clear Carano really really really wanted to be a victim so now she will try and milk that for all its worth. I expect we will next see her in one of those evangelical left behind type movies with the likes of Kevin Sorbo, etc.

You’re not wrong. She put out a statement basically saying she’s so happy to be free and can now freely speak her mind and not be held back blah blah blah. She’s going to be making a movie funded by a company Ben Shapiro *barf* co-owns. I’m sure that will be great and not the final nail in her acting career. One thing to have the money to make a movie, it’s another having the creative team and talent to make something good. Expecting mindless action with bad choreography and filming and some heavy handed messaging about perceived freedom or some nonsense a very specific not as large as they think population will enjoy.
Top

She quadrupled down. Sort of tempted to keep watching her slowly crash the blimp of her career on Instagram.

Does anyone think they’ll Special Edition her scenes? Deep fake another actors face onto her.
Oh this guy? He’s Carl Dune. He’s always been here.
Top

Some of you are taking way to much pleasure out of this. Whether you disagree with her or not, this was not a good thing. This is a stain on the best thing Disney has done with Star Wars, its divisive, and it hurts the brand. It hurts fans of the figures as Cara Dune re-releases have been cancelled. It hurts the retailers that ordered and pre-sold those figures. The list goes on.

Good luck getting Bill Burr in action figure form. And who is next?
Top

Nah it’s always a good thing to weed out problematic people. She was lucky to hang on as long as she did.
Top

She brought this on herself, she’s had plenty of time to tone down the paranoid delusions of mask-based governmental control, rigged elections etc. Yet she just kept picking away at the scab. It doesn’t help that almost all the comments on her page are people fawning over everything she posts, calling her an inspiration for “saying what everyone else is afraid to say”. That’s feeding into her saying more and more of the same stuff.

There are much better ways of saying everything she’s been saying.
“Sometimes it feels like people judge you too harshly for your political sway”
“I’m not well versed on the glossary of trans terms, and don’t want to put pronouns on my page without understanding why”
“I’m personally skeptical of the efficiency of mask use in curbing COVID cases, that’s why I choose not to wear them”

I can’t think of an example for the election rigging stuff, there’s no logical reason to believe that.

She could’ve learned to express her opinions better, but chose not to.
Top

christianpyro wrote: ↑
Fri Feb 12, 2021 8:42 pm
Some of you are taking way to much pleasure out of this. Whether you disagree with her or not, this was not a good thing. This is a stain on the best thing Disney has done with Star Wars, its divisive, and it hurts the brand. It hurts fans of the figures as Cara Dune re-releases have been cancelled. It hurts the retailers that ordered and pre-sold those figures. The list goes on.

Good luck getting Bill Burr in action figure form. And who is next?

WON"T SOMEBODY PLEASE THINK OF THE FIGURES ?!???

as for retailers, hey maybe blame GIna instead of us randos shaking our heads at her stupidity.

as for staining the series, well i suppose there may be some people who refuse to rewatch S1 and S2 eps featuring Cara but i kinda doubt there are many. and arguably her arc was completed in the few glimpses we had of her in S2 - she's gone from being a war-traumatized loner to having friends (Greef & Mando), restoring order to Greef's town, and now going on to bigger things by joining the new republic rangers. aside from maybe Greef making an offhand reference to how she went off to join the rangers in his next appearance, i'm not sure she really ever needs to be alluded to again.
Top

Is Lucasfilm still a thing? Or was releasing a statement under a defunct brand name the Mouse’s way to puss out? Like releasing movies under the Touchstone Pictures guise?

I’m also wondering why they felt they needed to make a statement at all, considering Mando is out of production and they have no deals with her to reneg. Why not let it fade away instead of doing anything potentially divisive with a property that was just starting its long rehab?

Oh well...at least there aren’t any loose ends to wrap up with the character. Is “The Conners” still on?
Top

I don't think the twitter mob is funny. It's easy to not care in this case. Gina is pretty low on the totem pole. But this kind of nonsense will affect someone you do care about and like someday.
Top 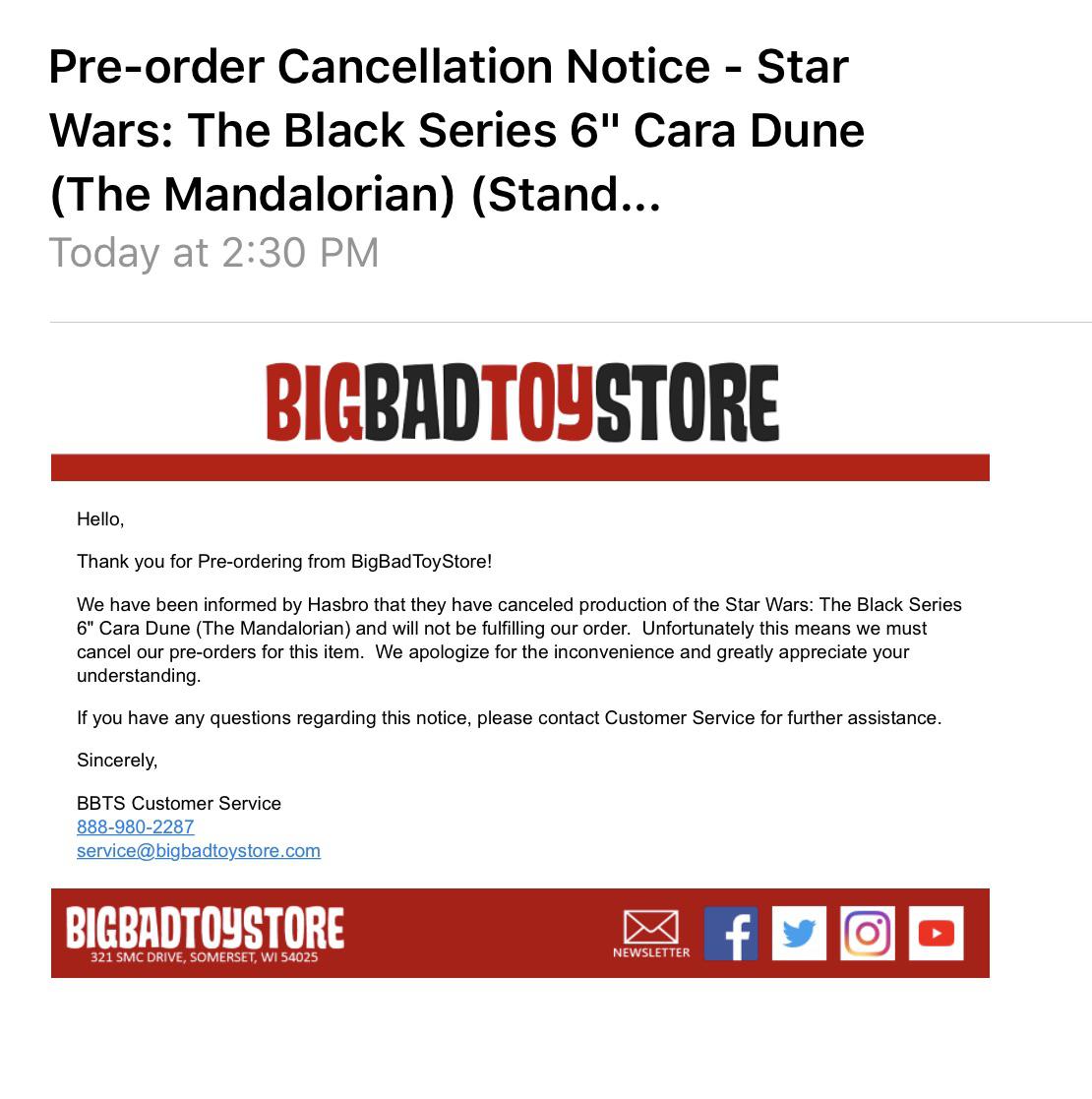 I think it's weird that people try to frame this as 'political.'
When you suggest that some of the most wack-job, horrible, grotesque things human beings can say with their face-hole are 'political' - you're making a statement that one 'side' owns that kind of vileness. If you believe that there are people on the right that aren't absolutely [email protected]#$ monstrous in their 'opinions' - then you are admitting that it is NOT political to hold people accountable for saying awful things.

And of course, it MUST be the latter. Gina's earlier 'no-no' comments were often about not wanting to wear masks and shit because MUH FREDUMZ! and we know that's a sentiment that is shared between some people on the right and some (if fewer) people on the left.

Anyway.. it's not poltiical. She was scummy and she scummed her way into getting fired. Not because people demanded it. Because she refused to stop making a spectacle of herself over it. Disney didn't respond to some petition to remove Gina. They responded to -visibly being able to look at- the shitstorm she was creating on social media.

Also, [email protected]#$ Gina Carano, and you'll never convince me that her being fired for being a scumbag is a bad thing.
Top

Anyone spreading lies about vaccines COVID-19 for months along with all the other stupid shit she said, with the kind of platform she had, deserves to get called out on it and lose their platform.

Good news for the Gina Carano fans in here though, you’ll be able to watch her in Ben Shapiro’s drivel.
Top

I was once told, by my manager and the owner of the company I worked for, during a yearly review, that it was "unprofessional" that I was out of the closet at work.

I was going to report this thread as problematic, but then I started wondering why the thread even still exists after all these hours and comments. I'm not going to judge anyone's comment, even those that go against my beliefs. But I am going to judge Fwoosh moderation for letting an inevitably controversial thread get this far out of hand and for that, I'm out.

May your hobbies bring you continued happiness.
Top