IT'S CLOBBERING TIME! Here is the unofficial Marvel toy board. C'mon in and talk ML, MU, Select, and all of the other Marvel toy lines.
Post Reply
230 posts


No that's new sculpting that would be required.

She'll more than likely be this... 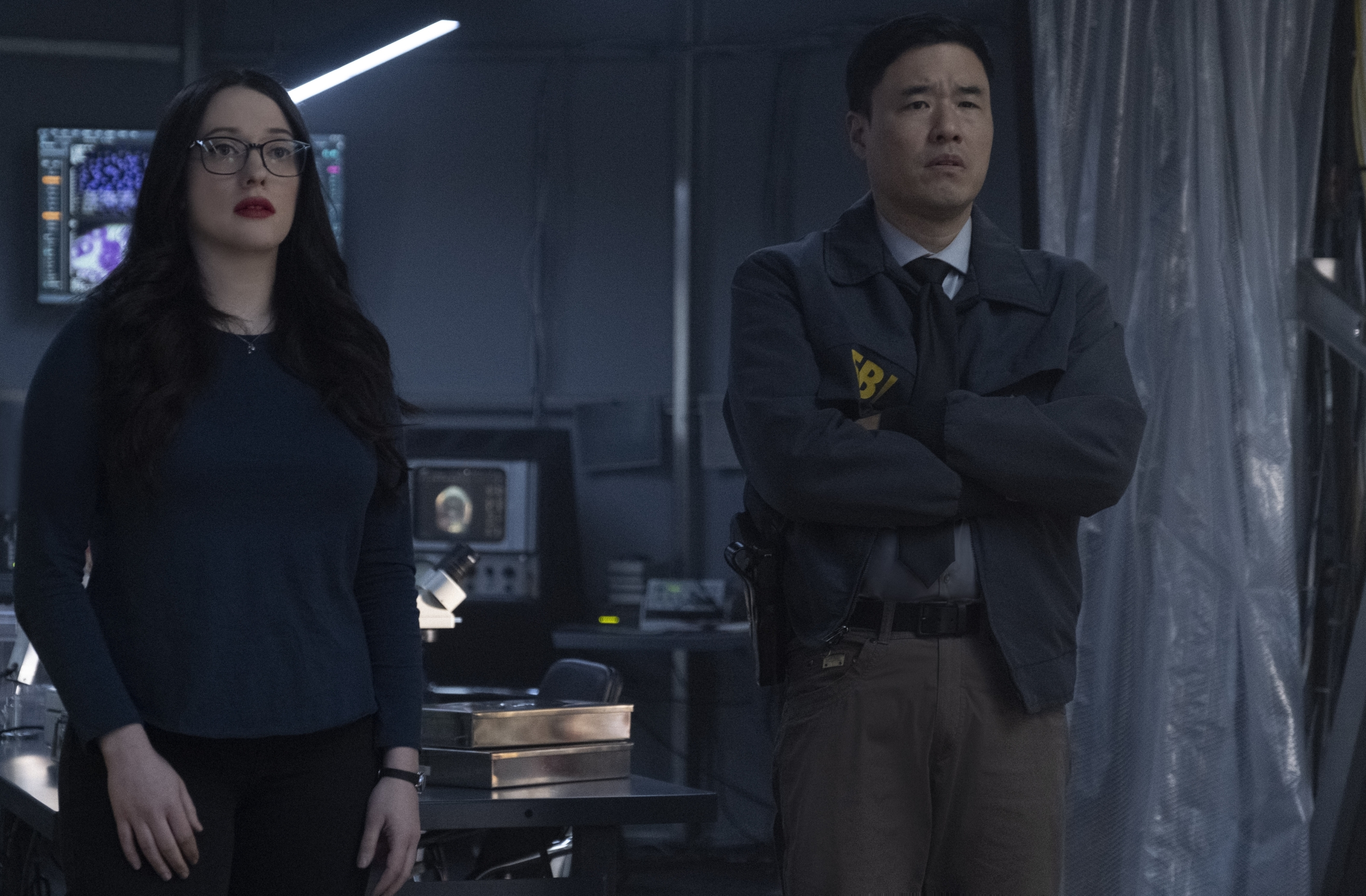 ...which is exactly what I want anyway.

Agatha would need to be all new sculpting... 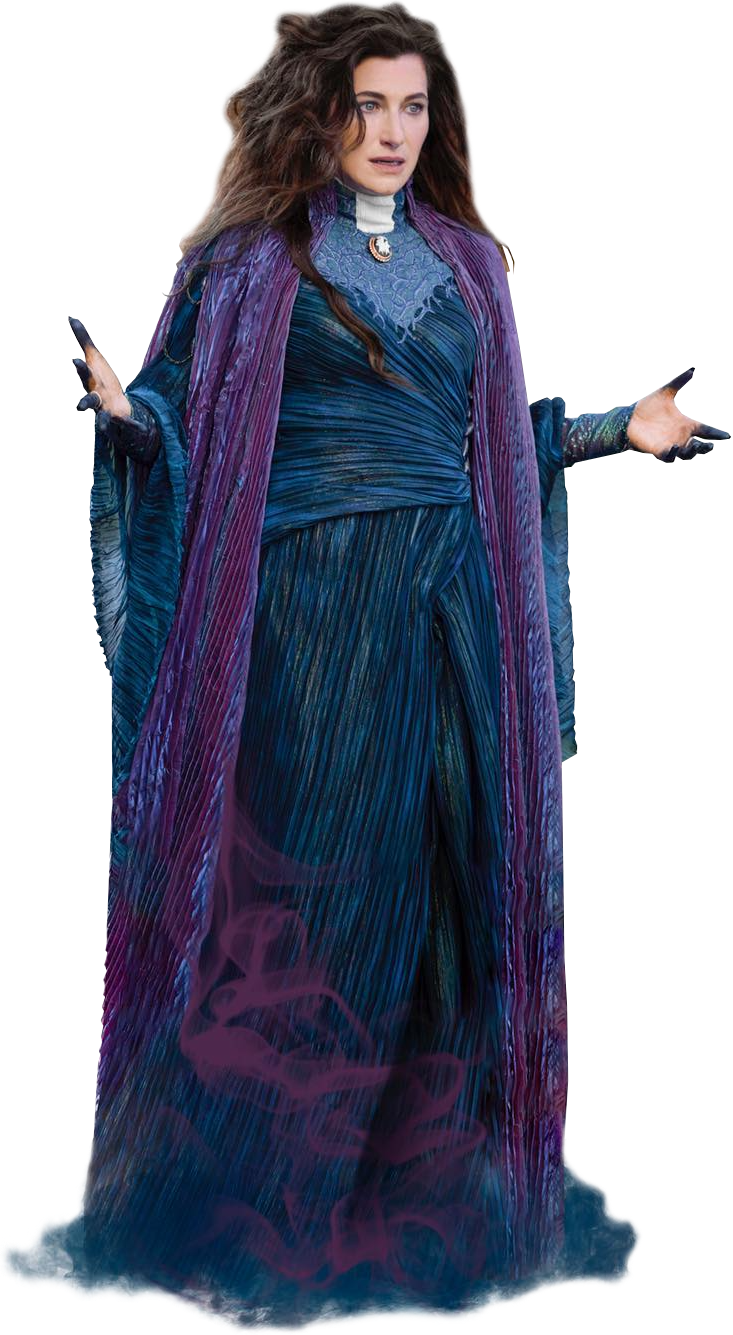 ...and it'd be a beautiful sculpt. I pray they don't start that soft goods bullshit with the MCU figures anytime soon.

Gosh, don't scare me like this!! How horrible would it be if we waited all this time to see this beautifully sculpted Agatha and they switch to that cheap soft goods crap and she comes in a tiny purple potato sack! I would literally seek out the Darkhold and come for Hasbro lol.

Black Series Admiral Holdo just bubbled up from the dark recesses of my memory like hot bile.

Hahaha. That was my thought exactly. I couldn't have put it in better words myself.
Top

when's what if Season 2 coming? it will put a damper on catch-up figures for live action when it hits lol

I don't think they said anything official beyond "early 2023". So. Yeah.

And it's been renewed for a third season so we get to have this every year.

honestly... darcy would probably be easy to do with an overlay.. it might not be the correct body shape underneath but give her a bulky jacket and it would do wonders (she wears bulky clothes often anyway)

Solid idea, and I guess actually probably what they'll do too.


spideyboy1111 wrote: this is actually why i like this 50/50 split its allowing the cartoon and live action (and thus fans of both) get things they want sooner.

i gotta admit it would really suck if this was an all cartoon wave and i had to wait 6 to 9 months for another MCU D+ wave with live action figures in it. I'd rather get some now than nothing.

And I do get that, but for me I'd rather wait longer if it means easier ordering. I have X amount of fun money per year, so if they don't give me any waves I'm into this year, then next year it's wall to wall, full waves I gotta have em all, then financially it works out the same as only getting half the stuff each year... But also makes it a lot easier for the BAFs etc. And I know we have discussed selling figures or pieces on eBay but that idea is right on the verge of not being an option anymore for me. I guess it always comes down to the BAFs for me.

I dont recommend selling on eBay. They take alot of your money. Its way easier and cost effective to just list in Facebook groups.

Heh, I've heard that but I also left facebook. I know I've made this bed for myself.
Top

The reveal of this new disney plus wave came alot sooner than I expected - I felt like a kid at christmas hearing them all one after the other whilst watching the live feed. Thanks so much Hasbro team for making me one happy grown up child!

I agree with majority of the posts on this thread about the new wave ;

- LOVE all the Loki figures, I never thought I wanted a He Who Remains until this was revealed. Perhaps all the upcoming Kang hype contributes to this too. I really hope we get a loki gator as an accessory somewhere down the line as a pack in

- Jimmy will be welcome with open arms - bring on Agatha and Monica!

- Just as everyone else, it's such a pity that Howard lacks below waist articulation. I have wanted a Howard for a long time - in fact I used to have a SH Figuarts Kingdom Hearts Donald Duck as a stand-in for a while, though it looked really out of place! Happy to (when on discount) add this Howard to the MCU shelf.

- Zombie figs look great, hopefully they look as incredible in person as zombie cap does. I would be a sucker for an entire zombie wave. I think Hawkeye could be a nice next offering!

- The only saving grace for Red Skull is that I have had my finger on the trigger to pick up that SDCC look for years but could never justify the eBay prices (especially in Aussie dollars). I will happily switch head sculpts with one from the older MCU hydra soldier fig... overall I would have much preferred another d+ offering instead though and definitely the weakest of the bunch

- I was really expecting Abomination as the BAF and Konshu has completely shocked me. I truly expected to be waiting for years for a catch up wave to fill out Konshu. Cannot wait to have this one in hand!


I really hope that moving forward we see a split between animated and live action D+ waves.

There are SO MANY animated shows emerging as well as SO MANY live action shows just around the corner. As much as I think they are doing incredible animated figs, I definitely preference the live-action offerings and don't want animated figs to steal their spots in upcoming waves. We already have such a back log of MCUs to fill and as Marvel continues to power out all these shows I have NO idea how the Hasbro team can possibly keep up.

Nonetheless thanks Hasbro for another awesome MCU wave and keep it up! Love your work.
Top

After seeing them pull Red Skull out of their body/parts library, I wonder when we'll see them dust off Yondu for a similar reuse, given his role in the Panther-Lord episode. Much like Red Skull, that body has a slim chance of reuse for anyone else, and it would finally make some more money back on that old mold.
Top

I'm sure there are a lot of figures they can make cartoon heads for and release again. And given the cost, I'm sure they will.
Top

Which is why I fundamentally hate the What If... figures, but I must admit I do like the Zombie versions.

I'm kind of annoyed that I went and bought the SDCC Red Skull set not too long ago.

I got it at cost, but had I known we were getting this one I think I just would have waited and done the head swap.
Top

Yeah I hate 'em too. It's probably the closest I get to the whole "wasted spots in the wave" mentality, but in the end it's just another figure I don't want as much as any comic figure or movie character I'm just not into but others are.
Top

spideyboy1111 wrote: ↑
Fri Aug 12, 2022 2:41 am
I dont recommend selling on eBay. They take alot of your money. Its way easier and cost effective to just list in Facebook groups.


Which groups? I know on the Reddit groups if you try to sell popular, hard-to-get figures for going market rates you get a LOT of anti-capitalist hate. I know most of that comes from kids who are trying to stretch their allowance or side job income as far as they can and just view anyone trying to sell anything above what they can pay as evil.
Top

spideyboy1111 wrote: ↑
Fri Aug 12, 2022 2:41 am
I dont recommend selling on eBay. They take alot of your money. Its way easier and cost effective to just list in Facebook groups.


Which groups? I know on the Reddit groups if you try to sell popular, hard-to-get figures for going market rates you get a LOT of anti-capitalist hate. I know most of that comes from kids who are trying to stretch their allowance or side job income as far as they can and just view anyone trying to sell anything above what they can pay as evil.

i've never tried selling on Reddit, but i list in a lot of facebook groups with no issue. The only thing that's frowned upon in many, is just scalping brand new items and selling for like double or more the price when it's just now hitting or still on pegs.

my rule of thumb when pricing is doing a tiny bit of math and finding the average sold listing on ebay.

I just tally up the last 5-10 sold prices, and divide by however many listings i used.

and several more. The best thing to do is just post in multiple, the more people who see the selling listing, the more odds are you'll sell it.. so i'm in a lot of groups. If that's overwhelming, just join the ones with the most members.. and repost every few days. I tend to do pretty good
Top

Regarding the mixing of the animated and live action figures into one wave, I'd like to point out that character animation models generally have to be approved and finalized long in advance of the airdate for the show. (like years)

As opposed to a lot of these live action shows being kept heavily under wraps and very secretive until just a month or two before the show airs. (In many cases because the special effects is still being worked on right up until the end.)

Those character models for the animated shows surely make it a lot easier for Hasbro to design figures in advance. (Since they likely have access to the character designs so much earlier.) Who knows what the future will hold, but this MIGHT be a reason why we've seen so many figures for What If compared to the other D+ shows so far.
Top 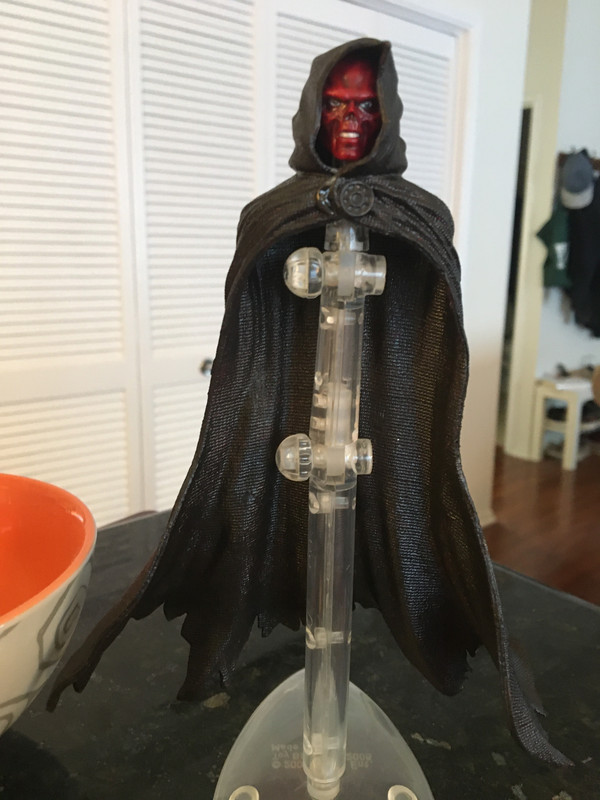