IT'S CLOBBERING TIME! Here is the unofficial Marvel toy board. C'mon in and talk ML, MU, Select, and all of the other Marvel toy lines.
Post Reply
279 posts

Sinister’s head is very striking, but man…that’s some ML10 Cyclops, “I dove into the sewer” shading.
Top

Sinister looks like he just ran a Tough Mudder.

I guess the face sculpt is different so it's something new over the Caliban Sinister.
Top


He didn't come with anything. I ended up giving him one of Boom Boom's effects. 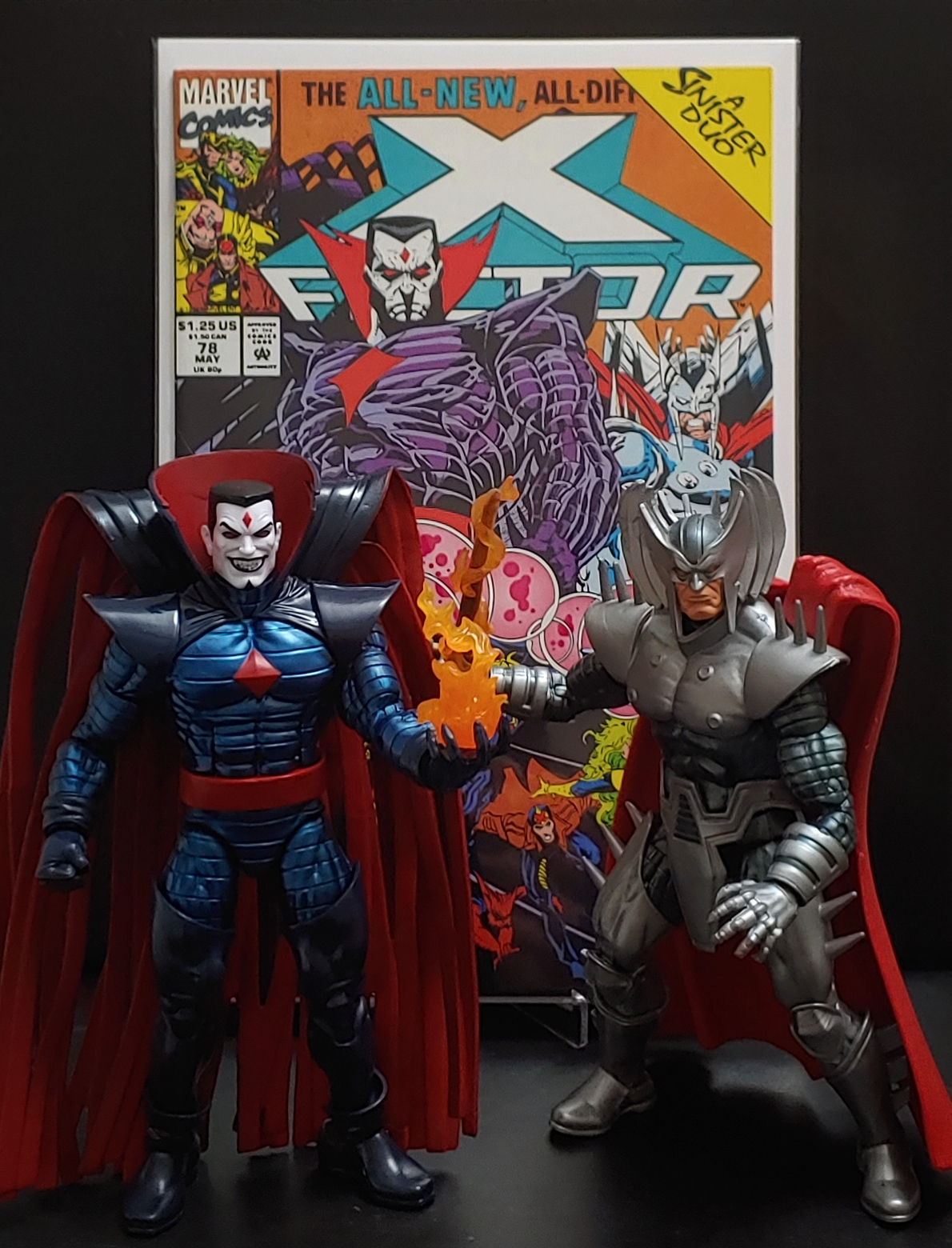 But he really should have.. even on the packing for this new one, he's showing off his powers.

I didn't think they'd go so far as to make TAS Sinister... TAS literally made him my favourite comic villain. I must have it.
Top

Looks like his release date is 6/1. With 5/1 for Jubilee and 4/1 for Wolverine, it seems like they’re going with a figure-of-the-month approach. Given Hasbro continuously beating their release dates by months since Covid started, I’m expecting these to actually start releasing in February.

And starting with Sinister makes me think we will at least get the main repeat villains (Sinister, Magneto, Juggernaut, Sabertooth, and Apocalypse).The Sentinels were in quite a few episodes, too, but they’d have lots of new tooling to fit with the animated style.

I actually hope they release at least some new characters that haven’t been done before (besides Morph). I’d like to see Proteus. He doesn’t really have an iconic comic look. (I actually just went back and flipped through the original arc with him. He barely shows up in physical form the entire time and more just possesses other people and manipulates reality.) I think his cartoon look was simple but fun.

Looks like Wolverine has been updated to 5/1 on the Pulse app. Still, I’d be fine with a figure a month. It would be like a return of the short-lived Marvel collector club. Even though I wish Sinister had extra hands, I do like that his hand positions appear to be an homage to the classic Toy Biz figure.
Top

Super cool. Not for me but I appreciate the concept, and if repaints get me a new whatever down the road...bravo!

The cell shading seems heavier than the other 2.
Top

It will be interesting to see if they make Nightcrawler given his limited appearances. Him in particular you can see where the cell shading could make or break the face / hair.
Top

Cool reveal, and if the team does another reveal later on, Morph would be the best choice. After all, Mr. Sinister was the one who caused Morph's split personality after altering his mind.

I’m mixed on this one. The cell shading seems like it wouldn’t be prominent enough on a production piece to make it seem like a standout feature. The new head looks great though and I’d definitely jam it on the Caliban body with a repainted neck and cape.

As much as I’m thinking “just drop Morph already!” I’d definitely prefer he just showed up in the retro line at a regular price with just regular paint apps. This VHS line seems like it’d take years to get enough releases to even complete the main team, much less replace the 90s x-men setup I already have.
Top

Love that paint on the head sculpt. This is what that first Sinister Hasbro figure lacked. I wish I could just buy it separately. But as much as I like X-Men TAS, I just can't waste my money on these repaints. Only X-Men Team, no more no less.
Top

RoyalCollector wrote:Seems this image is the reference for the shading: 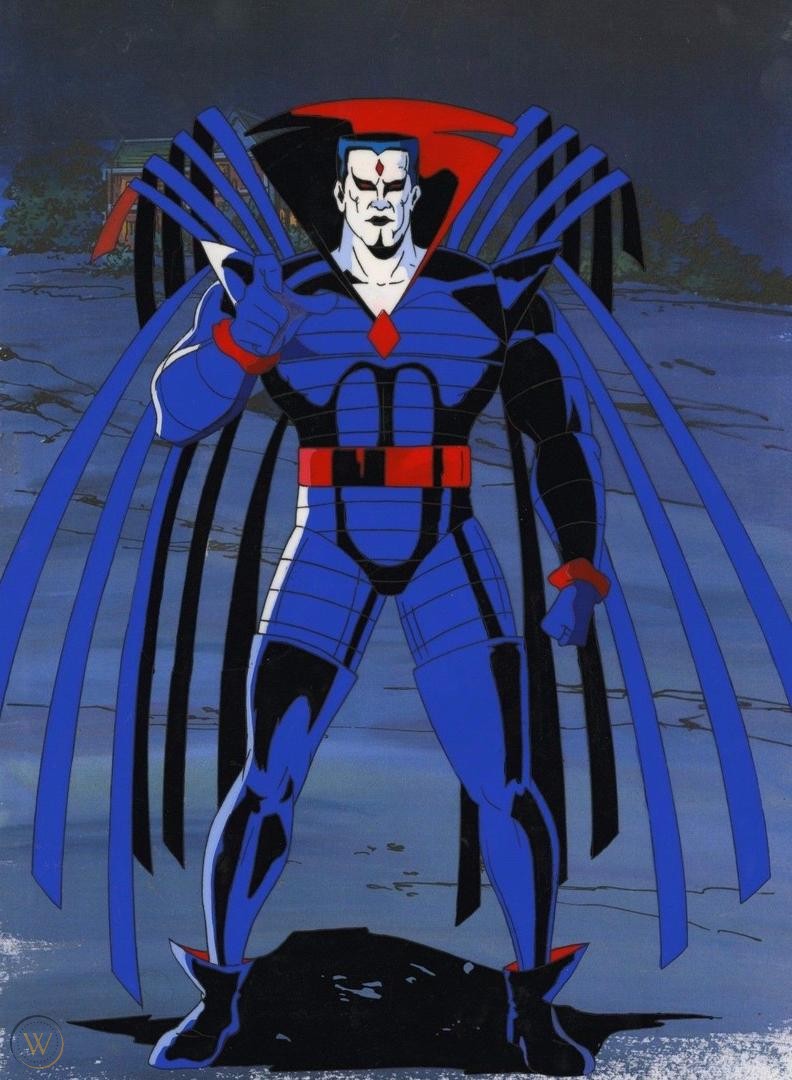 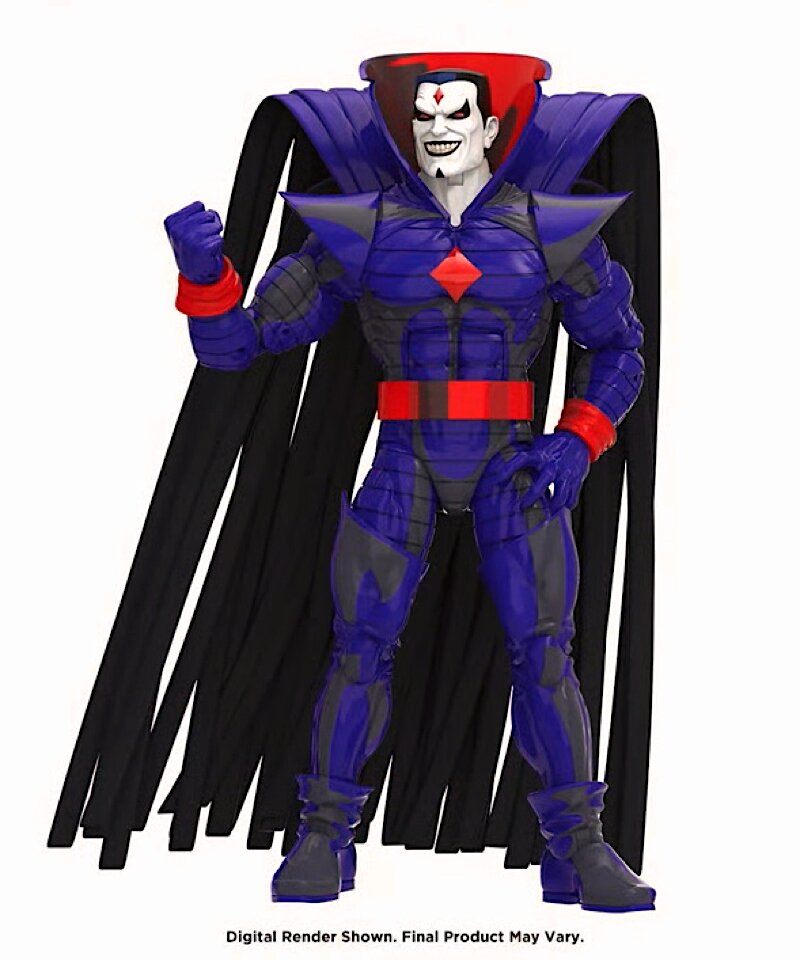 If only they made the Head smaller and maybe gave him an alt head. Looking at these pictures you can see how different the proportions are sometimes. But the paint looks nice.

I was not expecting an animated Sinister, but would have been tempted if he’d come with more alternate hands or different heads for a few expression changes.

Animated Mystique should be a priority after Morph, but my biggest hope would be that if this is a successful sub-line then some day I want to see the Steven Gordon designs from X-Men Evolution and Wolverine and the X-Men get the ML treatment.

A lot of those figures have silhouettes that would be ideal for reusing base bodies and also have some of my favourite versions of characters featured in those shows.

I hadn’t thought about it, but if they’re going deep on this line, Avalanche and Blob just got easy rereleases to help justify their new toolings.
Top

september_death wrote: ↑
Thu Oct 28, 2021 12:00 pm
I hadn’t thought about it, but if they’re going deep on this line, Avalanche and Blob just got easy rereleases to help justify their new toolings.

My hope is we at least get the X-Men and Villains from the show intro to recreate that, even if that means releasing Avalanche and Blob here first with the cel shading and then rereleasing them later on in a more standard look.
Top
Post Reply
279 posts