IT'S CLOBBERING TIME! Here is the unofficial Marvel toy board. C'mon in and talk ML, MU, Select, and all of the other Marvel toy lines.
Post Reply
4418 posts

I'd take any version of Sersi. She, Ikaris, and Thena are the only comic Eternals I'd buy.
Top

Yes to Sersi! I’d prefer one of the green costumes.

NORM wrote: ↑
Mon May 16, 2022 3:50 pm
Si to Sersi. I'd probably prefer the '90s Avengers costume to go with the figures we already have from that era, since we don't really have any other Eternals figures.

Anywho, Definitely would buy a Sersi. The black/red outfit would be my preferred (with or without the jacket). It’s simply a much more eye catching design. Pair her up with the Black Knight on my Avengers display, or with all those Ultraverse figures Hasbro has produced. Oh, wait. They haven’t. The evil Deviants.
Top

Yes, a must have, especially in her classic green outfit.
Top

212 - Balder the Brave: A yes from me. I would really like all of Thor’s Asgardian Bros in figure form. Heimdall, Volstagg, Fandral, Hogun…. And yes for sure best friend Balder. They are a huge part of Thor’s story and need to be on my shelf backing him up.

213 - S’ym: Another big yes from me. S’ym is a significant part of Illyana’s story. I would like for Beleasco to come first, but that wouldn’t be a deal breaker. But I definitely require a S’ym figure.

214 - Mindless Ones: I wouldn’t say no to some Mindless ones. They are good generic bad guys to back up Dormammu. Unfortunately given theirs size/bulk it’s likely they’d be more expensive than basic Legends and that would make army building tougher… and really there’s no point to Mindless Ones if you don’t army build them.

215 - Sersi: For real Sersi is a top 10 must have right now. Sure she’s MCU famous for the Eternals but she’s an important Avenger character as well. I honestly want two separate Sersi figures in Legends. I want her classic Kirby designed green costume for sure. But then I also really want her Steve Epting Avengers black/red costume with the bomber jacket - because there has to be a bomber jacket (see also Black Widow, Crystal, Black Knight). Gimme, gimme, gimme.
Top 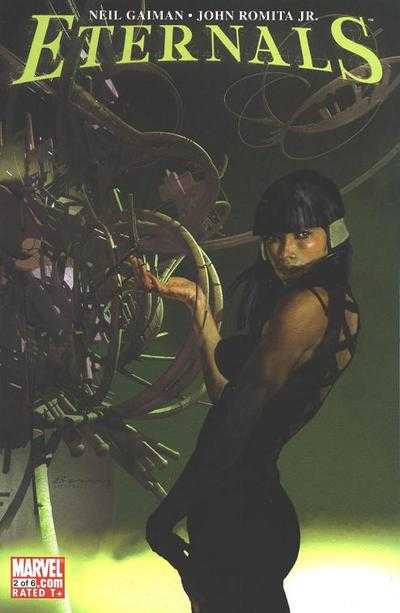 What is the design element introduced here around her ears? The 12" MCU design had it and some MCU Sersi key art has it and the ML has it but not painted - I can't figure out what it is.

But yes to a classic Sersi. Would prefer green for the shelf variety, but I'd only be buying her because she's a Busiek/Perez Avenger.

I wouldn’t say no to Sersi. I’ve never had much interest in the Eternals, but I’d take the Kirby-classic and/or jacketed 90s looks.
Top

Mindless Ones: Maybe, depending on price and size

Sersi in classic green and Avengers black/red would be welcome.
Top

I would probably buy a Mindless One or three, but I'll be okay if they never get made.

For Sersi I would prefer either the classic or modern green costumes, but I recognize that a lot of people have nostalgia for the 90's Avengers costume, so that one would be acceptable as well.
Top

I need both red suit and jacket, and green suit.

One for avengers, and one for hopefully eternals, if we get more

Not really feeling a need for Cersi...but I like the red/black/bomber jacket look...or that modern green/black look in the pic with Iron Man
Top
Post Reply
4418 posts