IT'S CLOBBERING TIME! Here is the unofficial Marvel toy board. C'mon in and talk ML, MU, Select, and all of the other Marvel toy lines.
Post Reply
1500 posts

A proper cyborg Silvio Manfredi would be cool. I like Silvermane to have the cobbled together look with exposed wires and mismatched parts. 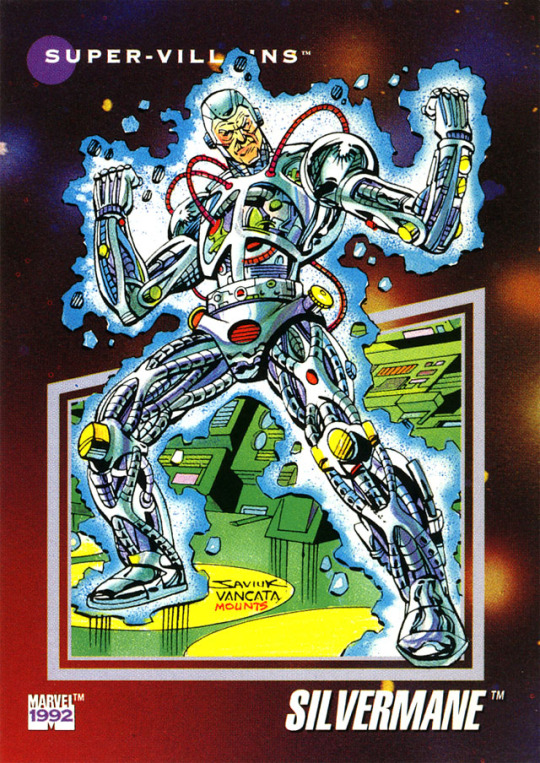 I definitely want the cyborg body but it would be great if they did a smoking jacket Chameleon with alternate Silvermane and Justin Hammer heads. Instant triple purchase for me!
Top

Man, going on vacation for a week leaves a LOT of catching up to do on this thread.

My street level heroes shelf needs a lot of help. I’m really hoping we get new releases of classic Power Man & Iron Fist. I also need El Aguila to go with them. But the Hector Ayala version of White Tiger is also essential for that display. So, yes I’m in on this one.

I couldn’t be more behind this idea. I would love a figure of this character so much. She would fantastic on a shelf in a display and more Thunderbolts are always a good idea.

I’ve always liked the character design for this guy who’s pretty Mort-level to be honest. The bird symbol on his chest just always cracks me up. So yeah, I’d buy a Marvel Legends figure of this guy.

I’m going to be honest - I don’t know how we don’t already have this guy in Legends. The Deluxe classic Thanos can basically just be repainted with a new head. He’s a worthy villain, an important addition but even more important for Hasbro’s purposes – he’s cheap and easy for them to make. I want him, and feel like he’s inevitable.

Another one so easy for them to make it’s shocking he’s not already out there. I have any number of Red Hulks and She-Hulks, a blue Abomination clone is certainly not a bridge too far. They did this guy in the 4” Universe line and it’s easy parts re-use. It almost has to be on the docket to be released I would think. Maybe in a 2-pack with Civilian Rick Jones

A true rarity for me on this thread but…. Pass. Just do not care at all about these brats. I mean maybe Franklin as part of a Power Pack set… maybe… but really, nah. I’m good if we never get these kids.

Day 44 - Blackout
Classic Version
I should just cut and paste my entry for Killer Shrike here. Yes the design is ridiculous and wacky enough for me to want it as a figure. He’s exactly the kind of goofy spandex wearing villain I loved to see in comics as I was growing up. He was in the Masters of Evil… He’d fit fine on my villain shelf.
As for the pasty Ghost Rider villain - not something I care about at all. But then I’m not someone looking to build a robust Ghost Rider display.

Yep. He’s made enough appearances in the pages of the X-Men that he’s required for my display. The design would be easy enough to pull off and the white suited body could make for very easy figures of Mr. Negative and The Rose, so, there’s that.

This one is so necessary and so obvious I’m surprised it made it into this thread. I would be shocked if we don’t have America Chavez on our shelves within the next 18 months. She has to be slated for release by Hasbro. They got Iron Heart in our hands already - America can’t be far behind.

I have to believe he’s going to get released on a Spider-Man retro card. They teased us with JJJ and Hammerhead heads as pack ins and both of those characters got subsequent release on Spidey retro cards. The Silvermane head tease is another one that should get the same treatment. We need the full robot body version for sure. Ideally it would look like the first picture used so I could buy an extra to use a the Reaver Pretty Boy. But yeah, I’d be down for an actual Silvermane figure.

Sheesh. That was a lot to react to at once. I need to get back to doing this daily.
Top

This might sound strange but I prefer frail old man Silvermane over the cyborg version. Also, would like to see a human Silvermane in a smoking jacket or a robe.
Top

fingfangfoom wrote: ↑
Mon Nov 29, 2021 6:34 pm
A proper cyborg Silvio Manfredi would be cool. I like Silvermane to have the cobbled together look with exposed wires and mismatched parts.

Bring on Silvermane! I wouldn't even be upset if the head got reused.
Top

While the ol' maggioso isn't at the top of my most-wanted Spidey villains list (on account of the aforementioned combo of his head + the Beetle Ultron body), I'd happily take him if they made him. Someone used the word 'pretzel' to describe his original cyborg body, and I liked that. A non-cyborg head packed in somewhere to go on a suitable donor body would be neat, too. Heck, throw in a lifeline tablet, while you're at it.
Top

RC car Silvermane is a fun accessory but definitely wouldn't say no to a proper cyborg body for him! He and Pretty Boy could share a lot of parts, but ideally I'd like to see PB come with a half clothed/half robot look instead of a full robot body like 'mane.
Top

Like many, playing catchup...
Controller: Eh, sure.
A-Bomb: Definitely. Hulk villains are so much fun.
Rick Jones: Eh, probably pass.
Franklin & Valeria: No thanks.
Blackout (1): Never seen the lightning face one before. Pass.
Blackout (2): HELL YES! I need more Ghost Rider villains! Gimme-gimme-gimme!
Dr Nemesis: Until now, I thought he was just Fantomex in a different costume. Pass.
America Chavez: Meh. On clearance, maybe.
Silvermane: Yes. We have a head already.
Top 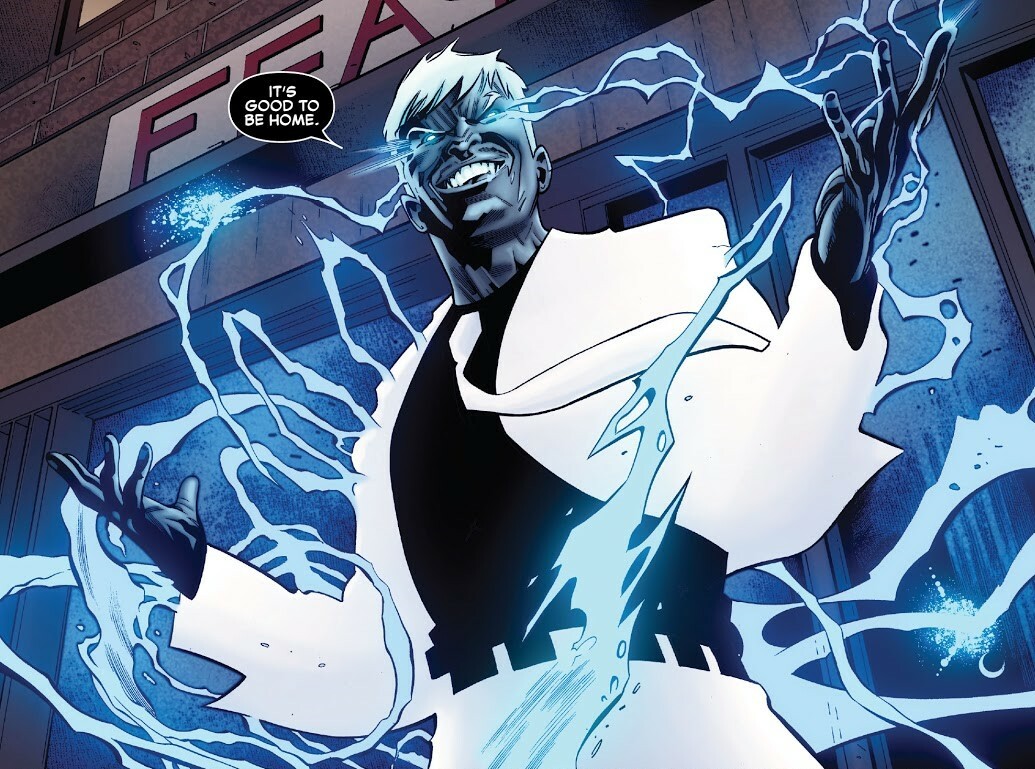 He's another one I can't believe they haven't done yet - so easy to do on a suit body. They could even do a classic "close enough" and pack in a Mr. Knight alternate head.
Top

Came here to say the same. Quoted for truth, as they used to say.
Top

Oh, Hell yes to Mr. Negative! I'd also like a powered down version as well or at least a head sculpt.
Top

Absolutely yes to this guy. Crazy they haven’t done him already with the popularity of the game.
Was playing that last night, and thinking that they could do a very efficient street thug army builder with his minions. Pack them with their masked heads and an alternate generic guy head sculpt. You’d have Mr. Negative’s men or Kingpin’s or Hammerhead’s men, since they both kind of keep well dressed thugs in their crew
Top
Post Reply
1500 posts