IT'S CLOBBERING TIME! Here is the unofficial Marvel toy board. C'mon in and talk ML, MU, Select, and all of the other Marvel toy lines.
Post Reply
701 posts

Yep, I'd really like to see a Princess Python in the line. As far as design goes, I'd want the first three pictured the most but wouldn't say no to the fourth.
Top

More Serpent Society is absolutely a plus in my book. I'm impressed with the fact that we've gotten any members at all but I'd love if we could reliably expect one every year at least - keeps the enthusiasm high, and I think fence-sitters are more likely to buy the others if they know more are coming. After Morlun, Ringmaster also feels like he's right around the corner so Princess Python would be a great way to kick off the Circus of Crime! 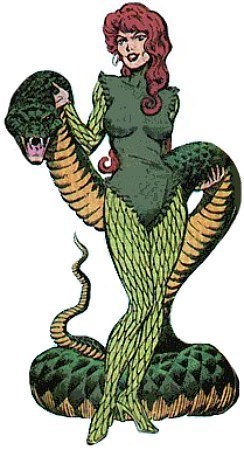 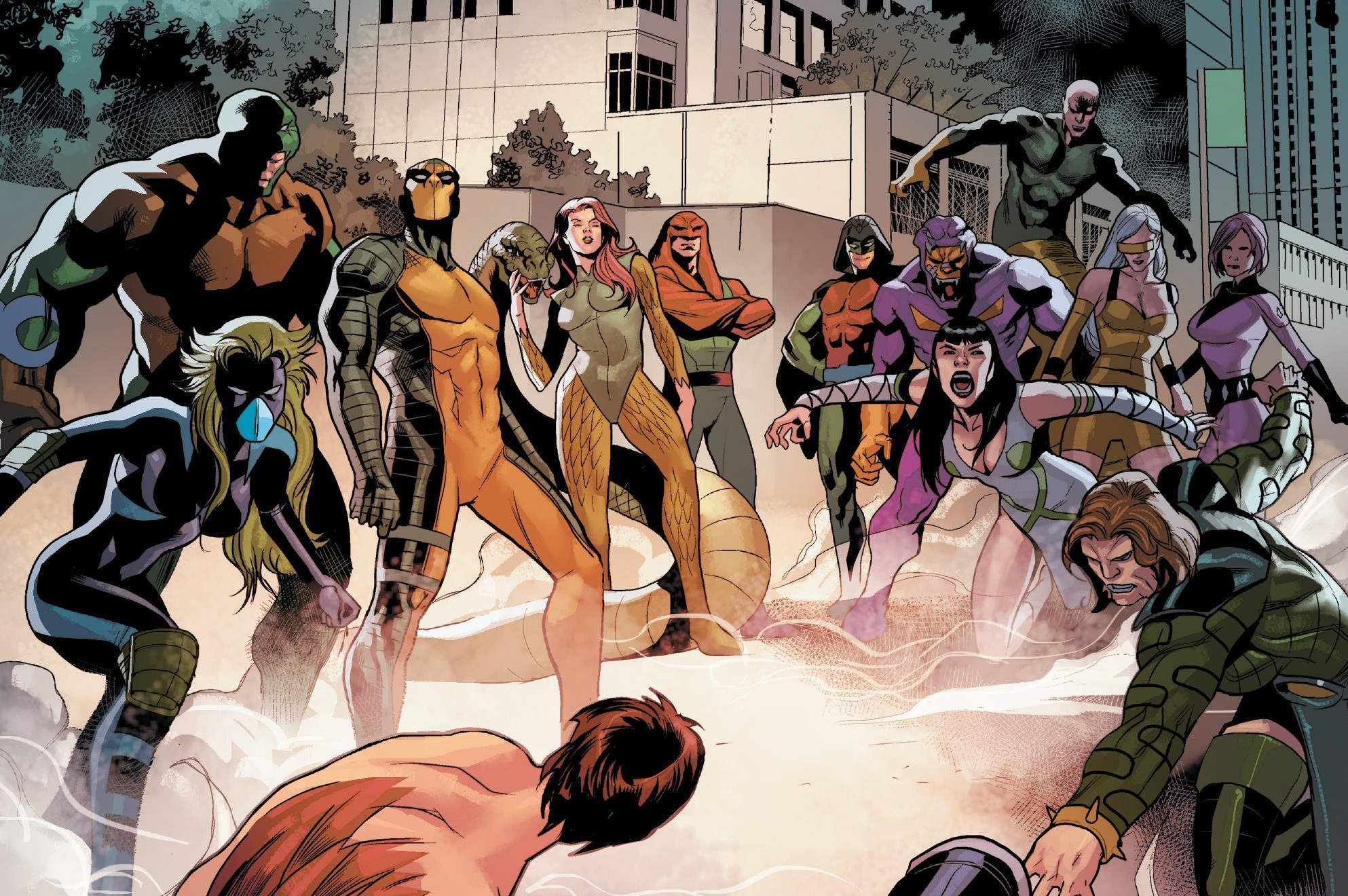 If a line gives me an evil snake lady, I just shut up and take it.
Top

Spidey's first female villain, a Serpent Society member, and an introductory member to the Circus of Crime? Count me in for Princess Python!
Top

Princess Python is definitely in my top 10 villains wanted list. She'd need to come with a bendy python but there are probably good substitutes. Don't want to give Hasbro that out though. I'd argue the scale legs over the fishnet ones are pretty essential. I wouldn't have to have the fringe on her main jumper necessarily.
Top 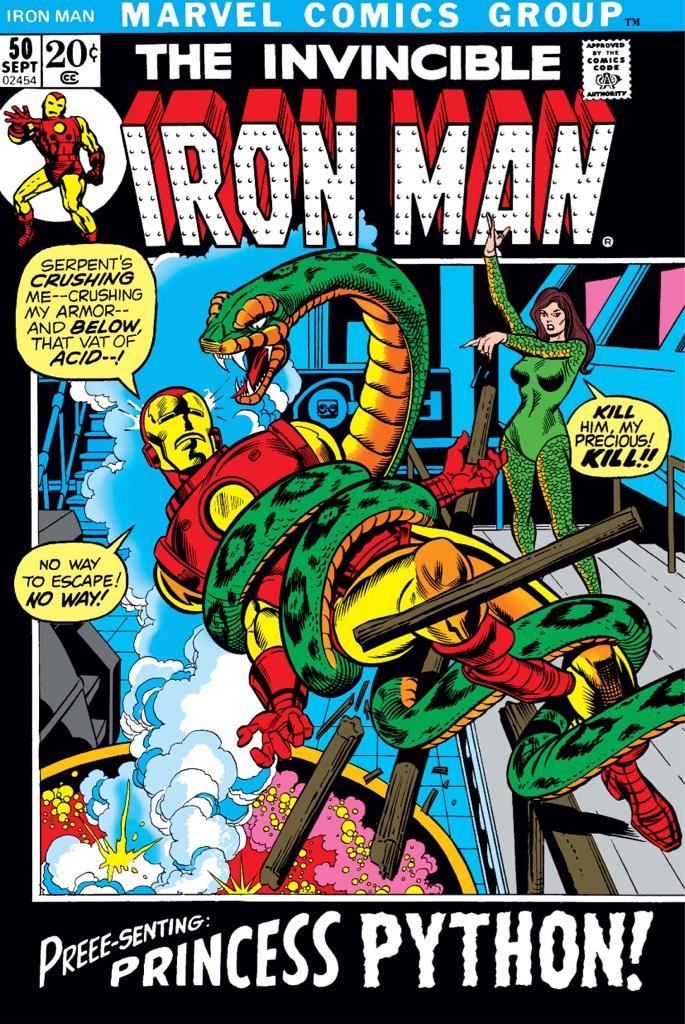 Princess Python would be cool! She definitely needs an articulated Python, too.

I'm one who typically skips comic figures I don't have an attachment to, but I would definitely buy Princess Python!
Top 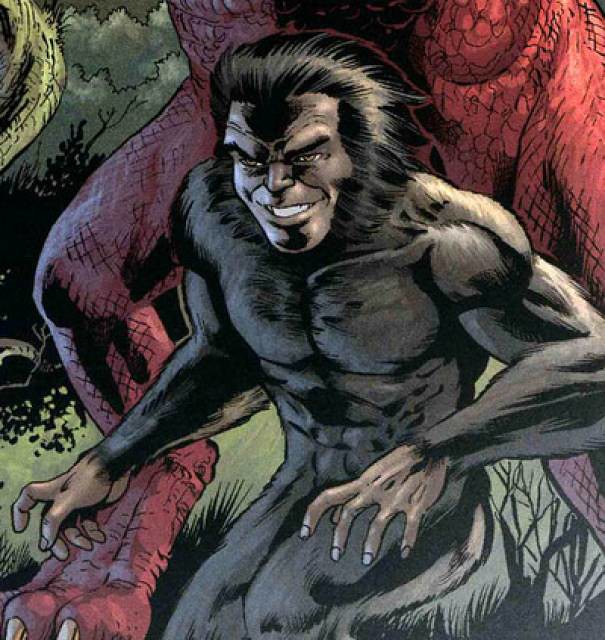 When did Logan stop body waxing?

When I saw today's figure was Princess Python. I thought "Why not? I could at least use the snake." However this pic

convinced me I need this version of Princess Python in my collection.
Top

Cool topic, let me catch up.
My wants/needs are getting narrowed. So while some ways they cut wide swaths, others are hyper specific.
Anyway...
1. Atlas: *shrug*

2. Pixie: yes, yes, yes! 1000 times yes!! I love the new X-MEN and have customs of many, but would gladly take official figures.

3. Ancient One: comic or MCU I could find a place for both, but not really clamoring for either.

4. Dracula: I'd much prefer the red armor. It's more uniquely Marvel, plus it ties into the Curse of the Mutants storyline. If it isn't obvious, I'll take pretty much anything that ties into X. I could find a spot for classic look I suppose.

5. Drax: cosmic isn't really my scene, and I'm fine with the more modern one from the 5-pack.

6. Nitro: if he came in a Spidey wave or a must have BAF wave I'll take him.

7. Devil Dino/Moon Kids: would make a cool Haslab, but ultimately not for me.

8. Princess Python: I haven't sold the Serpent Society figures I have yet, so I guess I'm still collecting that team. But the longer between team member releases, the more enthusiasm cools.


I see what you did there. I'm in for Princess Python, but she better come with the Python.
Top
Post Reply
701 posts