IT'S CLOBBERING TIME! Here is the unofficial Marvel toy board. C'mon in and talk ML, MU, Select, and all of the other Marvel toy lines.
Post Reply
805 posts

It'd be a feat of engineering with no reuse possible for sure, but I imagine there's two main ways to go around it:
1.) A really dumbed down version of the Machine Robo Baikanfu engineering, but made primarily hollow.
2.) A really big armor suit that fits Hisako just in the torso.
Top 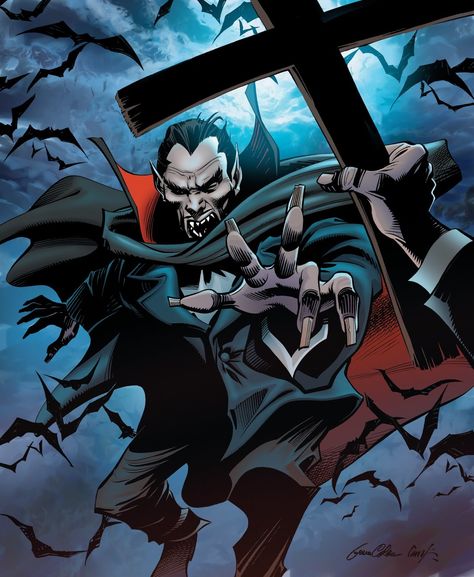 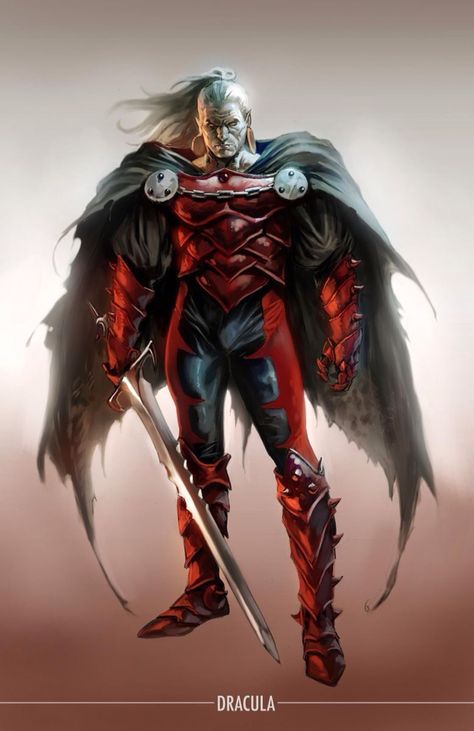 Down for a classic Gene Colan Dracula. The suited bodies already in the library have us halfway there. The entire Marvel Monsters boxset should be redone.
Btw, Beamish, are you planning a Mystic/Horror top ten?
The modern Dracula is an OK design, but I’d much prefer the classic. In that modern outfit, Dracula looks almost identical to Knull, the symbiote god.
Top

I’d love to see them do Dracula or any of the other Marvel monsters. I don’t know how accurate it would be, but I could see them reusing some Hellfire or Morlun bucks for the body.
Top

Dracula is my most wanted Marvel Legend ever!! He has so much history with the Marvel Universe, but most especially in the groundbreaking run of Tomb of Dracula, which was for quite some time the longest-running comic featuring a villain as the lead, far surpassing even A-list villains like The Joker and Doctor Doom. Visually (which is the most relevant factor for a figure), his greatest impact at Marvel was created by Gene Colan, who established evocative moods and developed a specific look for the Count: mustached, voluminously cloaked, with arched eyebrows and a face based on actor Jack Palance. Iconic stuff.
Can’t say I’m a fan of the 2000’s “world of Warcraft dark elf cosplay” spandex/armor look. It’s generic, and doesn’t say “Dracula” or even “vampire”, really, and I know the comics have since moved away from it to a more recognizable and aesthetically-aligned look.
My hope for a ML is an accurate representation of Colan’s art, with “calm” and “enraged” head portraits, the “enraged” with bared fangs and all-red eyes. An aged head from more current art would be a great bonus.
With an iconic Dr Strange coming, I’d love to be able to recreate the classic confrontations between the Sorcerer Supreme and the Lord of the Vampires. And it would be a great opportunity to go deeper into Marvel vampire characters: Hannibal King, various iterations of Blade, Deacon Frost, Lilith the Daughter of Dracula, and as a big wish: a BAF of Lord Varnae.

I know we got a Dracula in the old boxed set, but not only was that figure based on a body that was janky even for the time, but it was also more based on non-Colan cover art than Colan’s actual moody interiors. At this point, we essentially have all the pieces necessary to make classic Dracula: all that’s missing are the head portraits, the voluminous cloak, and maybe some creepy hands with splayed fingers and shovel-shaped fingernails like Colan loved to draw.

Seriously: a modern ML version of Dracula made with love and classic details would be the end-all, be-all for me.
Top

Oh now here is a great dark horse. There are Neca/Jada/Transformers Dracula figures being made. Why not a Hasbro version? In the same vein as that 70s Doctor Strange head sculpt. 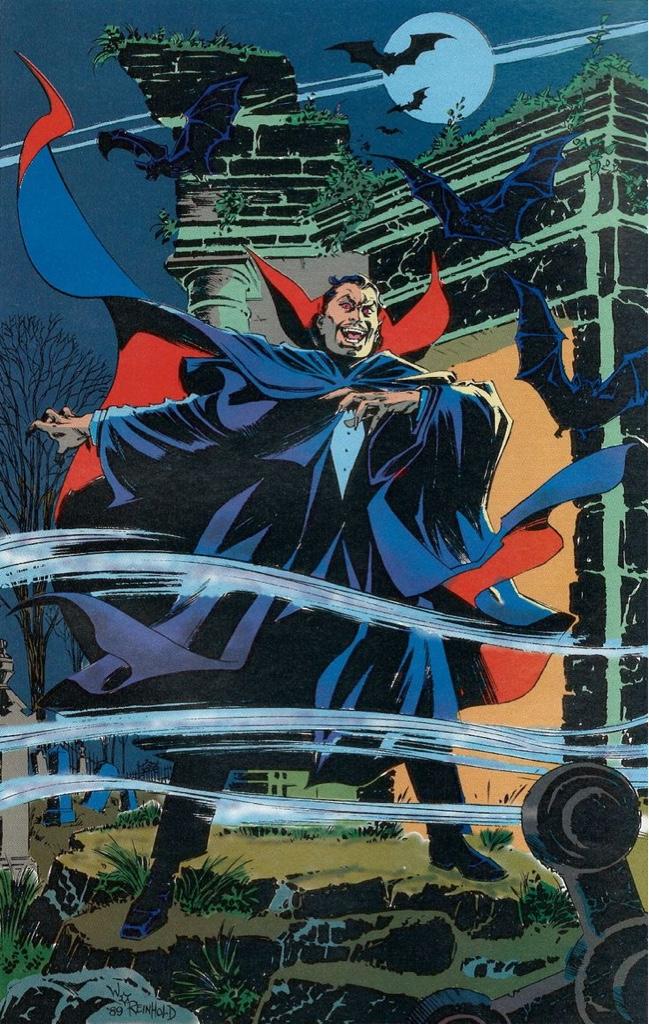 But the classic would also need alternate heads with fangs out and alluring glare. Alternate hands to make him more monstrous. Bats. A cool swirling bats accessory. It has to have a great suited body under the cloak. The pendant around the neck to give him that classic popoman. His appearance would mean a classic Blade would be around the corner. Right? More universal monsters like a werewolf, Stein, and mummy… that’s wishful thinking. Jada may be the source for these ultra posable universal monsters in 6”ish scale.

I'll take a classic Gene Colan Dracula, especially if they do it on the MCU Fury suit body as a base and not the smaller base body without ankle swivels. I have absolutely zero interest in red armor Dracula, though...
Top

I’d love to get Dracula in Marvel Legends. He’s recently gone back to a more classic old school look in the Avengers comics. I do like his red armored look, too, which was featured in the Avengers Assemble show. Can’t go wrong making multiple versions of him.

BILLIUM wrote: ↑
Sat Oct 16, 2021 6:17 pm
I'll take a classic Gene Colan Dracula, especially if they do it on the MCU Fury suit body as a base and not the smaller base body without ankle swivels. I have absolutely zero interest in red armor Dracula, though...

Yes, they need to use the “beefier” suit body parts; not the new Happy Hogan/Hammerhead stuff, but the Fury legs and the FoX-Men Logan suit arms. Dracula is tall and imposing; when shown shirtless and in more form-fitting clothes in Wolfman/Colan’s sequel-miniseries “Day of Blood! Night of Redemption!”, Dracula is shown to be pretty jacked. Figure-wise, his ‘presence’ is very important.
Top

Classic Colan all the way. Would buy the hell out of it.

I’m not a Dracula fan personally, but he absolutely needs to be made.
Top

I've never liked that modern Dracula design but I wouldn't be against seeing it made. He seemed to wear it for a little while, and I know plenty of people who were eager to see it.

Classic Dracula all the way for me! Would love to see it. I'd probably buy both if they made them and just headcanon them into different characters.
Top

I figure we'll get a classic Dracula at some point, but I made an armored Dracula, not because I feel any particular attachment to that design, but more because I feel it's very "toyetic". I really could see Hasbro making this version, since it's very unique to Marvel, and it would really pop on a shelf. Maybe even as a deluxe or BAF.