IT'S CLOBBERING TIME! Here is the unofficial Marvel toy board. C'mon in and talk ML, MU, Select, and all of the other Marvel toy lines.
Post Reply
1491 posts

TFitz wrote:I saw 20th Hulk and Iron Man in 3 different stores yesterday. Couldn't pull the trigger. I just think they are way overpriced. I threw Cap's "diorama" out the day I got it, along with the packaging, and would do the same for these.

H-bird wrote:I'm in the same boat. Cap was an easy buy for me, but I'm playing wait and see with Iron Man and Hulk. I suspect their continued availability at most retailers means they will see slight markdowns eventually. I expect they'll sell out fairly quickly with even modest discounts, so they might be easy to miss, but I'm happy to risk it to get them at what feels like a more appropriate price.

Same. I'm looking forward to getting my Cap (still waiting on Dorkside to ship as part of a bigger order), but I won't buy Iron Man or Hulk unless they are seriously discounted.

Finally got round to tweaking the head on my Cap - shaved a little plastic away from round the eye holes and painted in some skin tone. Much prefer the style of mask now. 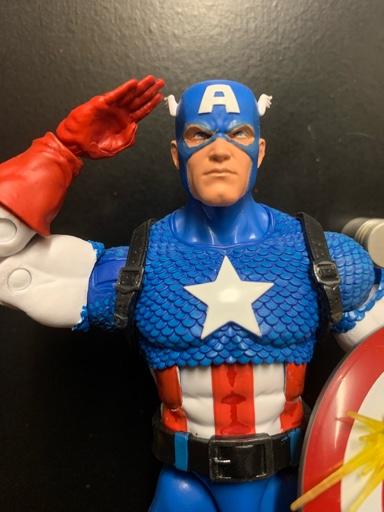 It'd be nice if they continued this series with a periodic best of each wave figure...

They should take another crack at Human Torch, painted in the likeness of ML’s series 2. bc the “retro” release is a hot mess.
Top

Rob W wrote: ↑
Tue May 31, 2022 9:07 pm
Finally got round to tweaking the head on my Cap - shaved a little plastic away from round the eye holes and painted in some skin tone. Much prefer the style of mask now.

Just once I'd like to see someone who tweaked or customized a figure say they actually didn't prefer the update they made themselves.
Top

Rob W wrote: ↑
Tue May 31, 2022 9:07 pm
Finally got round to tweaking the head on my Cap - shaved a little plastic away from round the eye holes and painted in some skin tone. Much prefer the style of mask now.

Just once I'd like to see someone who tweaked or customized a figure say they actually didn't prefer the update they made themselves.

You should have hunted down my posts from 20 years ago when I was a mere novice customizer. I was a fountain of self deprecating put downs.

Thanks to NORM for sending me the Tony head that I wanted for a great price! 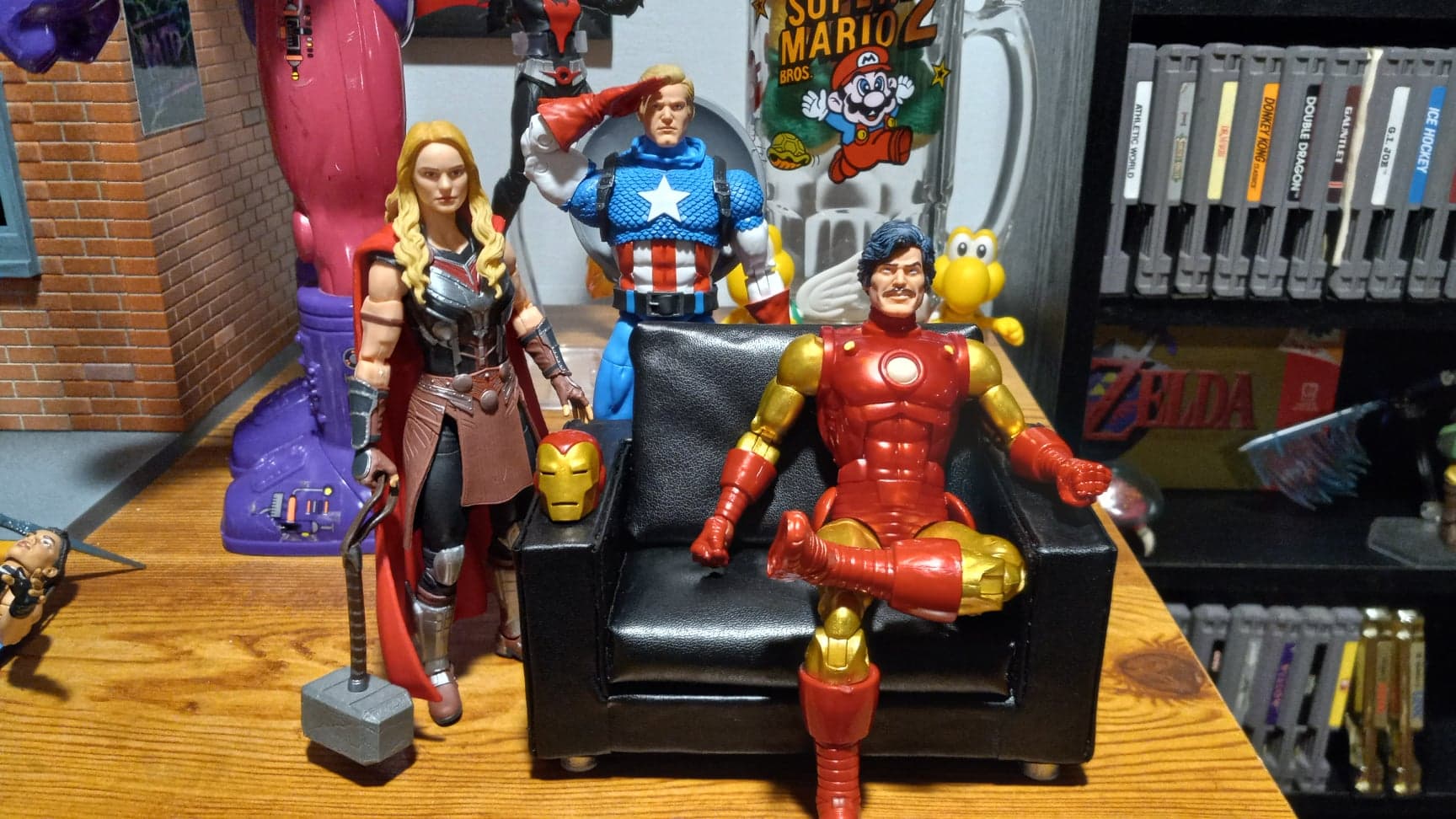 Got Iron Man from the 40% off sale. Man, I'm glad that's all I paid for him. I sure as heck don't see that high price for him. But he will look great next to Walmart Giant Man.
Top

Man, I hope Gamestop screws up all my orders from now on with different ML figures. Got Ben Reilly for free, and today I received the Cap they shipped out as a replacement that got lost in the mail. That's 3 ML for the price of one 20th Cap!
Top

I also got the 3 20th Anniversary figures in the mail today from the Pulse sale. Already have Cap from Dorkside, but bought an extra to keep on card. Iron Man was actually the first ML figure I found on the pegs at KB back in the day that got me into the line, but for some reason Cap just still feels more iconic to celebrate the line.

Haven’t opened them all yet but happy to have them. It’s really incredible that ML has lasted 20 years now, and I’m glad the team was able to do something like this to celebrate the anniversary.
Top

Realized a bit ago this Iron Man got the old repulsor hands with no articulation. Seriously, how does that happen at this price?
Top

In my neck of Toronto, I haven't seen these much. I saw Cap once in May, but it had abysmal paint apps.

Last week, found a fresh case at TRU and one pristine Cap to my standards. I haven't had a Cap since the original Legend. MCU, comic, nothing. I love this guy. He's so angry, which is wrong to me, but I have fun making him offensively patriotic on my desk. And now I can recreate the Widow and Wolverine pose from that X-Men cover. Goals.

However, you all know how the itch sets in once you get the first new thing. I have never owned an Iron Man figure. Ever. However, the 20th head sculpt is my favourite helmet. I found him today and Oh My God, most fun I've had with a new figure in ages. The suit is so sleek and classic. I would like to get the hip pods on, but I know this suit is the old Avengers founding look. The helmet delivers in spades for what I want. And the unmasked head, so creepy yet accurate. It's great. He's been hitting on Tigra and Firestar and Widow all day.

I can't look at that face and not hear Will Ferrell's "I'm Neil Diamond, and I'll punch you in the mouth." His new catch phrase on my desk is, "I'm Iron Man, baby, alright, be cool." He has access to some Mezco bottles and a martini glass (we need a U-Go Girl). I also took the original Mary Jane and designated her Pepper.

I'm more of an X-Men fan and collector, but I I have quite a few of my favourite Avengers from over the years and it was so satisfying setting them all up with the bright colors and contrasts. She-Hulk vs Tigra is a comparison everyone should pose up. Visual delight.

So of course the sickness doesn't end and I tracked down an 80th Thor (Never had a Thor ever. Don't have a Hulk, either, what's a good one?) for $20 and in that same search found War Machine deluxe for under retail, new. But I had to get them, you see, because that almost closes the founding Avengers AND Force Works/WCA for me as far as my likes go.

Anyway, Cap and Iron Man are tops. I didn't think they would be. I don't think in an accessory sense the price delivers. I just can't care. The fun factor has paid for itself today.

By the by, what other Iron Man hands go with this shade of red on the 20th? I'd like some hinged repulsors and maybe just a grip hand if they ever did that?
Top

You can try Modular Iron Man hands; the color may not match but they’re the only open hands with hinges.

Glad you found some figures to enjoy! Crazy that you’re only experiencing these figures now. They hold up very well, easily the best figures of these characters available.
Top

Congrats on finally getting an Iron Man armor! I’d recommend buying all previous armors and all subsequent armors in perpetuity.

But specifically on hinged repulsor hands, yes Norm is right that the Modular Armor and the new Model 70 Alex Ross armor from the Controller wave have hinged repulsor blasting hands.