IT'S CLOBBERING TIME! Here is the unofficial Marvel toy board. C'mon in and talk ML, MU, Select, and all of the other Marvel toy lines.
Post Reply
306 posts

My big wants are Mandarin, Blacklash, Century, US Agent and FW Wanda. A lot of reuse there, depending on the Mandarin (I’m curious to see if MCU Gorr has any reuse potential). I really want to see a Crimson Dynamo though, hopefully Mark IV.

Shellhead himself is a bigger question mark. Red/yellow modular seems like a no brainer. I said it in the “2022-2023” thread, but the only other period appropriate IM I want is a better take on the Neo Classic armor, since the first two were so undersized. At the new prices, my need for concept armors is lower.

I also would love to see a Hulkbuster on an oversized card. Hasbro hasn’t done the OG version that ToyBiz did, and we know they’re trying to cover all that ground. They also did that phenomenal Adi Granov version in the IM2 4” line.

The weak attempt at the Hobgoblin rerelease in the last Spidey retro wave doesn’t give me hope for Dreadknight getting another figure, with or without the horse.
Top

I still use the Marvel Select Adi Granov Hulkbuster in my display.

I really hope we can get an updated NeoClassic armor out of this. Anything else would be icing.
Top

Only new thing on War Machine are repulsor hands. and those look to be the 80th hands.

MS Hulkbuster is gonna be hard to beat but I'd love to see Hasbro attempt it.
Top

So many possibilities for more Iron Man retro carded figures based on who got 5” figures. Top for me would be:

Dwight has also teased an Iron Man figure during one of the Youtube Interviews recently. Red and Yellow Modular Iron Man seems like a no brainer on a retro card.
Top

I am sooo hoping for a ForceWorks U.S. Agent, Centry, Hypnotia, and classic Mandarin & Blizard on that retro card.
Top

I only saw pics and couldn't watch the livestream - is this going to be a series or just a one-off?? I doubt this is where we get a new Extremis but I can taste it soon.
Top

Darn. I was hoping this would be a repaint of the Modular Iron Man in War Machine colors. Easy pass.

Hoping for a rework of Silver Centurion with more accuracy and the same “silver” plastic shade of this War Machine. Call it “Hologram Armor” like the 90s figure.

And, like, this has *got* to be the place where we finally get the Mandarin, right? Fan channel and animated style, to avoid retail awkwardness and go with the green skin option? Seems like the way to finally work this character into the line. I hope so.
Top

They said that it wouldn't make sense to do all the work to create the card back to only use it once so "maybe" they'll have more retro iron man later this year.
Top

So War Machine will be up for preorder tomorrow? Any word on an expected release date?

Unless you're buying for the card art, I'd call the War Machine an easy pass. Less accessories than the one from last year (no doubt the same price, if not more) and the arms and legs look like white play doh, reads as cheap.
Top

I’m thrilled the plastic-purge hasn’t killed at least one IM retro card figure. I’m buying this Rhodey. Now the wondering and dreaming begins. Force Works characters, more rogues, the Stark mullet… I just wish it had that foil look on the card.

This was my wishlist for a Retro wave (2 actually) that I posted in the IM 60th thread:

Then I would have done a second wave where the re-release of earlier figures could really come through:


So I was wrong about War Machine being in a first wave. Now that we have him coming up I guess I have to make some adjustments. Here is my new wishlist/expectations with the reveal of War Machine:

War Machine
Modular Armour in brighter red/yellow (sorry no proton Cannon)
Blacklash
Grey Gargoyle (gotta get use out of that mold again)
Spider Woman (Julia Carpenter)
Mandarin (this is a wish, but I expect Stealth Armour)
Top 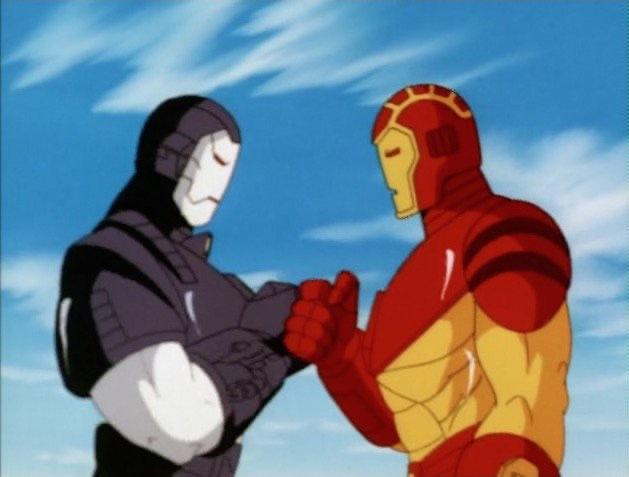