IT'S CLOBBERING TIME! Here is the unofficial Marvel toy board. C'mon in and talk ML, MU, Select, and all of the other Marvel toy lines.
Post Reply
3774 posts 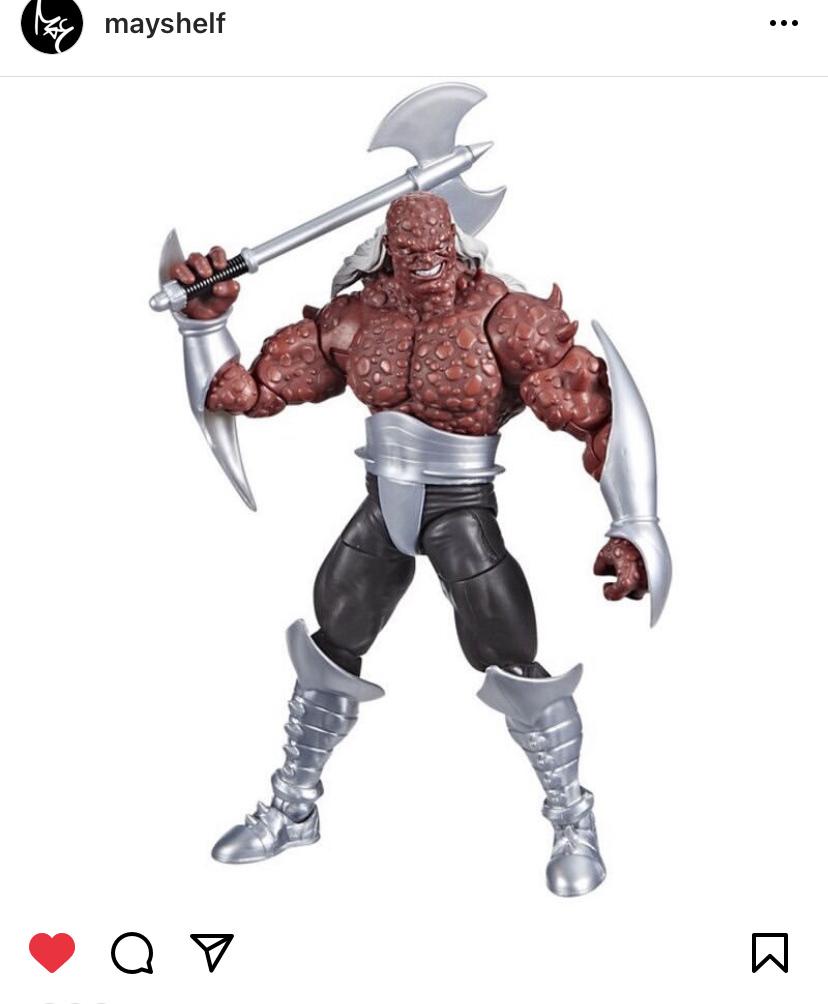 Morg looks amazing! I still have nightmares of making a Morg for Secret Santa and my (then) 2 year old nephew got ahold of him in the back room and banged him around and broke an arm off it, along with other sculpted parts. Of all the figures he could have grabbed...
Top

Morg. Is. AWESOME! For reasons I don’t fully understand myself, Morg was my #1 biggest herald want during the campaign. The fact that we got him at all is incredible - that his figure is shaping up to be a real banger is a whole other level.
Top

I never noticed that he was a three-finger character. It's good to see them paying attention to that kind of detail.
Top

I am not a fan of Morg the character, or his design particularly, but I have to admit that is one good looking figure. It's hard to believe that, on the very early end, we could see Galactus 60-70 days. Granted I would think it will be closer to Christmas, but still, time has flown by hasn't it?

As for Heralds that need to be done, you are all wrong. All we need is Silver Sabretooth, and why not another Silver Surfer, from Exiles #87/88. DONE!!!

Seriously though I wouldn't mind them both down the line sometime, though that is less than 0.01% likely ever to happen. Also speaking of alternate universes, give me Golden Oldie, or at least an alternate head pack in somewhere that I can give Nova (Frankie Raye) to make her myself.

As for actual 616 Heralds, I'll take Air Walker of course, but I would also like The Fallen One (not the SS version) and the Destroyer (because c'mon that is a great look). I know Stardust is a fan favourite, but I just don't care for the look. As for Terrax I am fairly certain we will get a re-release of the original BAF as a deluxe (maybe FF Retro card?) with minor tweaks. That seems to be the modus operandi for Hasbro/ML over the past decade (Rhino, Apocalyspe, Kingpin, Juggernaut, Hulkbuster, etc. etc. etc.).
Top

Morg looking like a nice crispy $100 bill after I throw his ass on ebay, haha.
Top

R.e TFitz’s Secret Santa custom (since I screwed up the quote)

Think that was for me, was it not? I remember you also had Speedball on the drawing board, so Hasbro has stepped up in both cases!

Morg is looking cool as hell though. One of the most exciting things about this whole set.

Think that was for me, was it not? I remember you also had Speedball on the drawing board, so Hasbro has stepped up in both cases!

Morg is looking cool as hell though. One of the most exciting things about this whole set.

It was! Good memory on Speedball too. His parts are still around, but I couldn't make decent circles to save my life. Next time I come across them, they will be tossed.
Top

The knees are suuuuuuuuuuper clicky. I hope that won't be triggering for some folks.

So tempted to watch, but after the initial pics I need to experience the unboxing for myself.
Top

I'm not a box collector, but the box is a lot more thoughtful than the Sentinel's, imo. I like that the front looks like a comic book cover and the "diorama" back is smart.
Top

So is it actually about to ship?
Top
Post Reply
3774 posts