IT'S CLOBBERING TIME! Here is the unofficial Marvel toy board. C'mon in and talk ML, MU, Select, and all of the other Marvel toy lines.
Post Reply
254 posts

sepster wrote: ↑
Sun Apr 11, 2021 4:17 pm
Having another Silver Surfer occupy a tier slot would be a waste. Considering the Sentinel tiers were non-anchor characters, I don't think the Legends team feels the need to bundle an evergreen character with a HasLab project.


Obviously, I want Firelord too but I feel he is a very likely choice for the Fantastic Four Retro wave.

I agree with you 100% brother, Firelord & Air-Walker better be all inclusive, at the least! They are both long overdue, Frankie Nova as well! Preferably chromed out (make ya eyes hurt in the sun lookin at her) Frankie..... 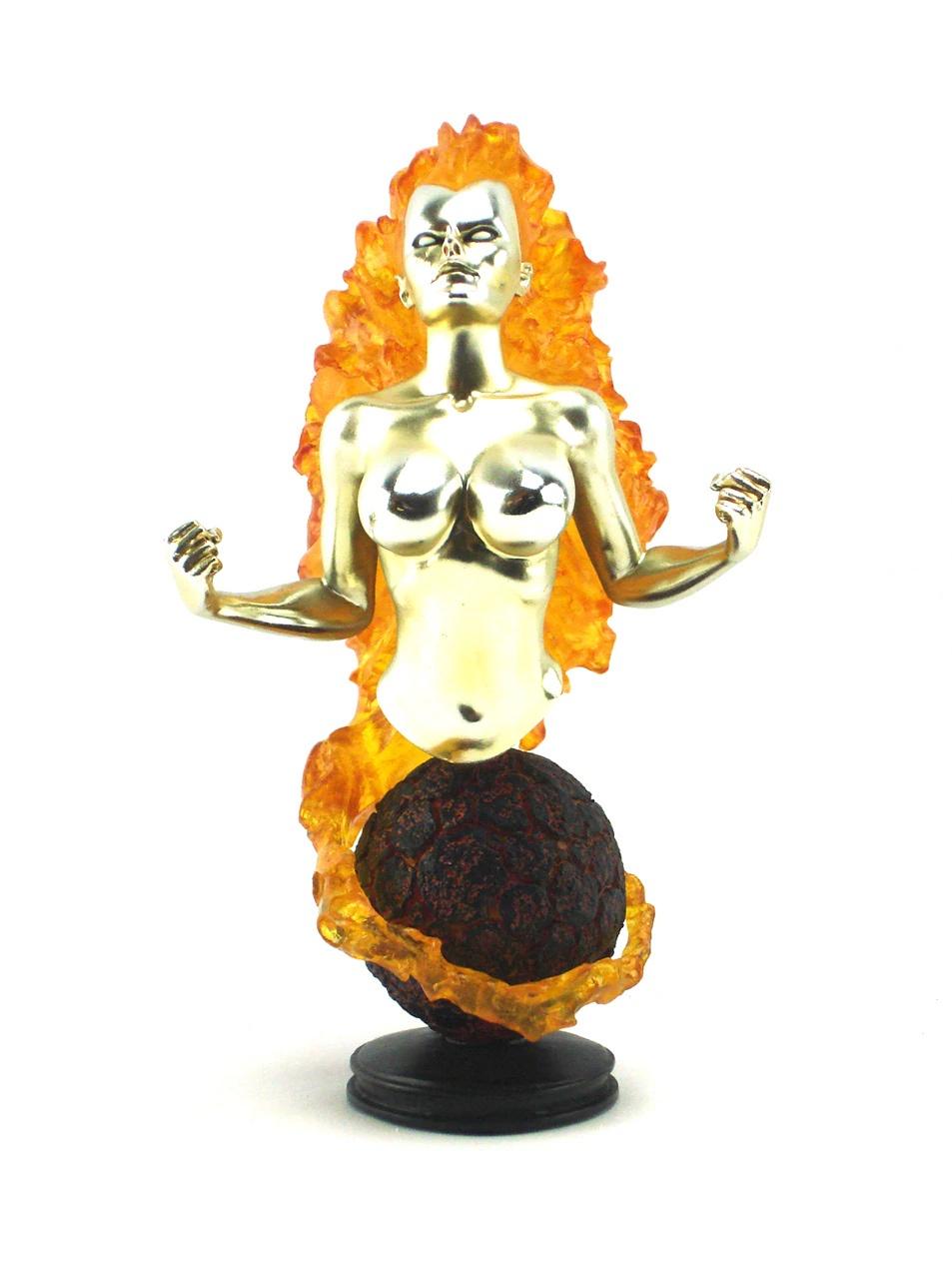 Fin Fang Foom is in the Fantastic Four family of marvel characters, and he has a tail.
Top

I was at one time going to have loosecollector do a Celestial for me using a full size mannequin. It would have took about 8 months and cost around $2500. The shipping itself was going to cost about 1/2 as much as the custom so we decided not to do it. I would be in for a Galactus in which Hasbro would probably make at least 30 inches tall and I would place the cost at $425-$500.
Top

- Since surfer has had 2 single releases now... i see him being added as the first tier with a special paint deco

- Nova its unfortunate, but I think she's headed here

I would not mind a Silver Surfer rerelease personally as someone that missed the original release, but I don’t think it is likely.

Still, the idea that maybe, just maybe Silver Surfer will be released again with this possible HasLab makes me question whether I should even pull the trigger on the new Obsidian Surfer

Surfer could be included from the start but I agree he wouldn't be an exciting Tier unlock. But just as likely he would get an FF Retro Card release somewhere.
Top

Surfer should be a Fan Channel vintage card like Doom. Really hope he’s readily available but not taking up a slot in a retail FF wave.
Top

Hey has it occurred to anyone else that this could be the Watcher? I know, not as likely as Galactus, but ...non-zero chance, right?
Top

I personally think anyone other than Galactus would make it a disappointment. At least when you compare it to how well the Sentinel project was run.

Keep giving us what we want and have asked for. That’s all you need to do. Easy money.
Top

Now.. what to do with my MU Regular and Variant Galactus figures. I guess I can have them be Galactus' kids, one yin and one yang.

Could be, but if they put all the time and energy into developing Galactus as the first HasLab project and then went with the Sentinel instead, I'd think they would want to get Galactus out as soon as possible. Most toy engineering looks dated after a few years.

Couldn't The Watcher just be a cosmic wave BAF down the road?
Top

I dont see why the Sentinel and galactus wouldn't need to be the same height... who's posing them together? And is really another inch or 2 going to make a difference when comic galactus would at least be twice the size of a sentinel?

The hungrier Galactus gets the smaller he gets, so the Haslab can be him fully fed, the MU his hunger growing, and the BAF can be him nearing death. He can also simply change size at will so all of the sizes can work in any display. Bigger is better to convey the threat he poses.

At some point they also explained that the true form of Galactus is unknown, and he appears to any given individual as either a very large member of their own species or some deity that they worship. If they've ever revealed his true form I haven't seen it, but if anyone has please do share. Here he is appearing as some big octopus-like creature to an alien species: 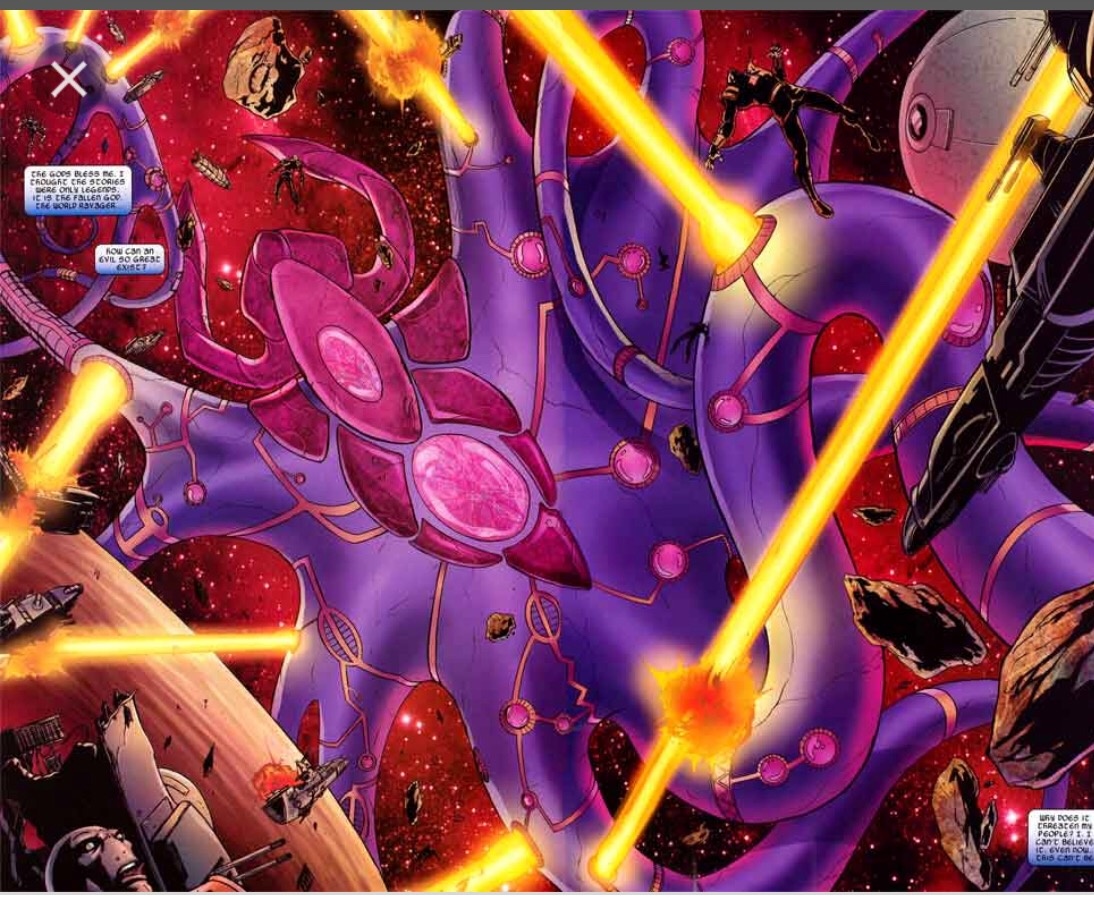 I think anything short of Galactus would be a let down if it's FF themed. He's a very obvious character for the Haslab size treatment just as the Sentinel was for X-Men themed. Granted I was guessing Mastermold at the time (or a shopping mall from the first episode of the cartoon) but still I was kinda right and it was kind of obvious.

As far as unlock tiers to get the sales numbers way up....well during the Sentinel tier unlocks I remember there being an emotional let down after the first tier. It felt lackluster.

So I was thinking....what would absolutely drive the unlocks and accelerate the sales.

It's really risky obviously as you don't want to fall short and only get 3 tier unlocks, but like the build a figure FOMO mindset you could set that last tier higher than we have seen before and it would pretty much be guaranteed to be met.

It seems like a Fantasticar would be too big for tier items but honestly, it's not that big of a vehicle, especially divided up. The movie one wasn't overly complicated and it wouldn't need to be much more elaborate than that. If you look at the Sentinel you have 2 figures, battle damaged head, battle damaged hand, tentacle, tri-sentinel head, master mold head. Take all those extras and I think they equal out to a decent Fantasticar.

I think you could especially afford to include the Fantasticar if the lessons learned from engineering the sentinel were applied to Galactus. Even if they don't share any parts at all, just the fact that the R&D work has been done ahead of time does help out. Despite what S7 would have you believe, vehicles aren't some crazy engineering feat. Or at least they don't have to be.
Top