IT'S CLOBBERING TIME! Here is the unofficial Marvel toy board. C'mon in and talk ML, MU, Select, and all of the other Marvel toy lines.
Post Reply
767 posts

Ugh…I have a Target coupon. Are none of these going up?
Top

Went ahead and pre-ordered all of this wave. In looking at the Nebula figure I really think she's more or less comic accurate if you repaint her hair black? 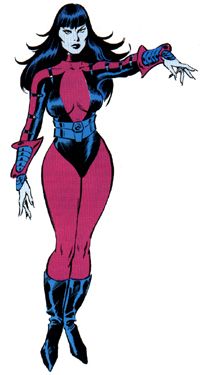 OK... not comic accurate - but close enough to work for me. I'll swap the blond hair for black hair and have her be my comic Nebula in my display.
Top

Skipped out on ordering a case this time, especially with 2 Star-Lords. Hopefully I'll be able to get a discount on Nebula, Spidey, and Star-Lord later on.

Captain Carter is the must buy for me. Zombie Cap is fun and Dr. Strange is a nice surprise.
Top

Could paint Firestar's hair black...not 100% accurate but you'll get some of those upward points. If not there has never been a better time to buy a figure just for the hair than all the Katy clearance hanging around.
Top 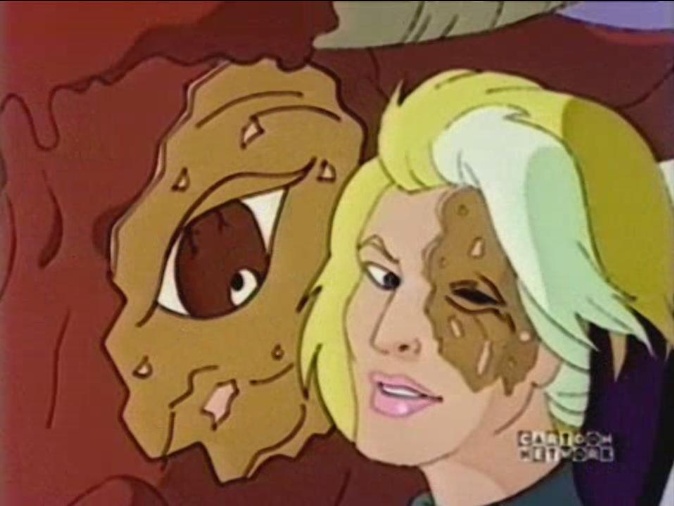 Man I would like to get multiples of the Hydra Stomper... but army building at $53 a pop is tough. I think I'm going to hold out and hope these hit sale price eventually.
Top

TheCollector1999 wrote: ↑
Thu Jul 29, 2021 9:16 pm
I preordered the hydra stomper and Sylvie on Dorkside a bit ago did they ever put up a loose watcher I didn’t see it but wanted to make sure I didn’t miss out


Yes. Went up and disappeared very quickly. I was lucky enough to snag one. I'm sure he'll go up again, but it'll move just as fast.
Top

Interesting wave. Hard to make an opinion on some of these without more context. My initial thoughts are that Hydra Stomper, Captain Carter, and Dr. Strange look fantastic!

I ended up preordering most of the wave, and two of Hydra Stomper.

Could Hydra Stomper be customized into a Hammer Drone? I’d be tempted to get more later. Very fun design. I hope this sets a strong precedent for more deluxe armored figures! You know, comic armored figures, too.

Passed on Zombie Cap. Cool for people who like that kind of thing. I just dislike gore and especially hate zombie stuff. I find seeing my favorite heroes as zombies disturbing and sad. It’s just not for me, and that’s fine. But I’m worried about letting my kids watch this show now. I love sharing the Disney+ shows with them. But I am guessing seeing undead Cap will be traumatic for my youngest who loves Cap.

I was just comparing to the Hammer Drone - farther off model than you might think at first glance, and maybe even too large of scale?
Top

That's been my issue with the waves for a few years now. I really dislike trying to anticipate who I'm doing to like in a movie I won't see for a few months when I have, what, ten minutes to decide which ones I'm going to buy?

That and getting the figures more accurate (like Cull Obsidian and Proxima) are the big reasons I'd be fine with figures being timed with the Blu Ray release. I get that's not how things work, and toys need to be on shelves when the property is at its hottest, but man... it's one thing Hot Toys really has on them. Aside from the insane sculpting.

But I would really love if preorders came out the Saturday after movies hit theaters/the show premiered.


Akatsuki wrote: ↑
Thu Jul 29, 2021 9:47 pm
Passed on Zombie Cap. Cool for people who like that kind of thing. I just dislike gore and especially hate zombie stuff. I find seeing my favorite heroes as zombies disturbing and sad. It’s just not for me, and that’s fine. But I’m worried about letting my kids watch this show now. I love sharing the Disney+ shows with them. But I am guessing seeing undead Cap will be traumatic for my youngest who loves Cap.

My kids are, not to mince words, a bit twisted, so the zombie thing was more interesting than traumatic, but I totally get it. In fact, I expressed this in another thread, but it's probably more traumatic to me to see heroes that way. I'm good with horror, and love a handful of horror movies a lot, and zombies are often the stars of my anxiety dreams, so... I'm fine with zombies and enjoy some zombie stuff, but like I said before, some things I don't want to be horrific.

If I'm not mistaken, from the waist down and at least the hands are MCU Strange already.

I was just comparing to the Hammer Drone - farther off model than you might think at first glance, and maybe even too large of scale?

I would say too large and I doubt any parts could be used anyway. The Drones, if I remember correctly, are more boxy but also probably at most Ultron's height whereas the Stomper is apparently Hulkbuster height.

But man... maybe next year's premium line will yield some phase one figures like the Drones and such.
Top

These aren’t expected till Feb correct? They are going to be carried all over. I think I’m just going to preorder Stomper and Carter. I think they are fantastic! Like the pinless Spidey too but I think I’ll find him easily later.

I preordered the wave from Amazon and Pulse. Not seeing a price difference but figured a Amazon preorders at least have a slim chance of being price-matched down to $19.99 sometime between now and February like they did with the Ursa Major wave.

I'm good with this wave looking animated. I think the show's aesthetic looks amazing from the stills and they did a great job getting these to look like they do in the show from what we've seen so far. They even finally got Captain America's Civil War suit detailed properly lol.

Nebula's definitely the weak point of the wave for me. The rest of the figures are at least half new parts and seem super accurate but Nebula's just plopping a cartoon head on a realistic body and that's the worst of both worlds.

That Hydra Stomper looks awesome and I'm glad they're getting unique deluxes out at that ~$50 pricepoint. Getting that 2 months before everything else will be kind of weird though.
Top
Post Reply
767 posts