IT'S CLOBBERING TIME! Here is the unofficial Marvel toy board. C'mon in and talk ML, MU, Select, and all of the other Marvel toy lines.
Post Reply
4284 posts

Spoiler! :
Oh, I really hope that this is true for the SDCC set. An Eternals comic box set would make so much more sense for an exclusive than an Excalibur set, considering how difficult SDCC stuff is for non-Americans to get. Excalibur is too popular, and too international, to relegate to a format that punishes non-American collectors. The Endgame two-pack would also make sense if it's their time heist uniforms--though if it is, Hasbro would definitely need to follow it up with a Thor/Rocket two-pack to complete those looks.

And while the Far From Home wave sounds like a great assortment of characters, I think it's a bit insulting that Hasbro is yet again forgoing a BAF in place of a glorified accessory. What's more, the Doc Ock figure would be incomplete without tentacles (just like Vulture and Cap without their wings), so fans are now forced to purchase an incomplete figure for full price--penalized if they don't shell out for the rest of the set. Build A Figures are support to be enticing, not punishing. Those tentacles better be SPECTACULAR to make up for it. I stopped collecting MCU stuff altogether due to distribution issues, so I hope that the tentacles and figures are awesome enough to please those that want them. Still, for all of the love and extra attention that movie figures get over comic figures, I think that movie fans deserve full BAFs too--definitely more than this.

At least there won't be another comic BAF that requires a bunch of movie figures to obtain. That's something.
Top

Spoiler! :
Some comic Eternals would be killer. Do we get cow Gilgamesh or diaper Gilgamesh?

It's a glaring hole in the lineup that makes sense. I'd argue it should be a 3-pack with the other missing hole but still, it would be a good set.
Top

I will leave the MCU spoilery stuff in spoiler quotes, but the comic Eternals rumor seems fair game to discuss openly. A comic Eternals box set would be amazing to see. Ikaris, Sersi, and Gilgamesh (armored for me please) seem like givens. Who else would make sense to include? Thena and Makkari are probably the next two I'd be most interested in getting. 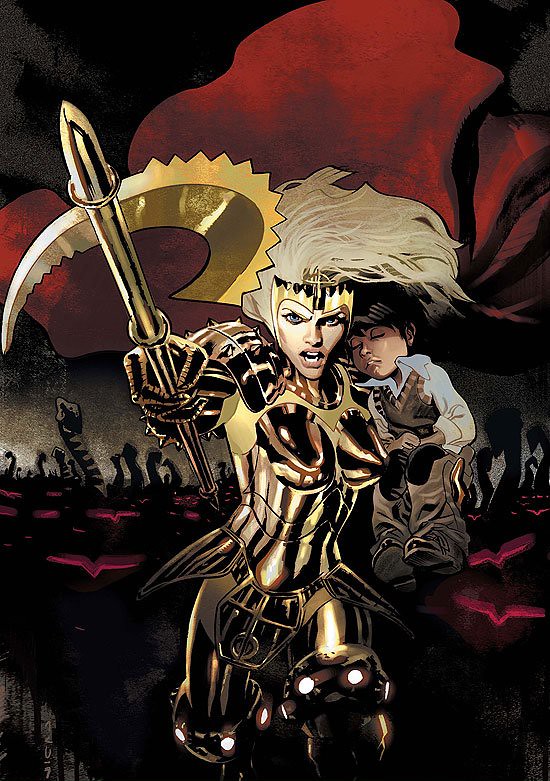 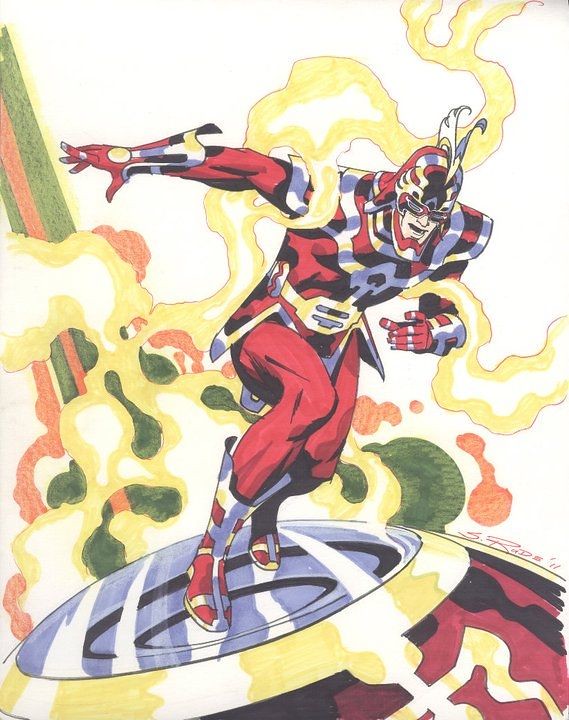 If this Reddit rumor is true, then there's one big question I'm hoping Hasbro answers sooner rather than later.

Spoiler! :
What does this mean for the "Marvel MVL Legends Octopus" figure listed on Amazon Mexico? Is this for an "Into The Spider-Verse" movie female Doc Ock, or is it going to be a comic-book based Doctor Octopus in one of his comic book costumes? Or could it even be a figure of Carolyn Trainer/Lady Octopus? As someone who's collected Marvel figures since the original Toy Biz figures' "Marvel Superheroes" wave, I don't ever remember a year where we had two different figures of Doc Ock released in the same year. If the rumor is NOT true, then maybe the "Marvel MVL Legends Octopus" figure turns out to be a MCU/Raimiverse version of Doc Ock. I'm by no means against that idea, as I actually find it cool since Doc Ock is my favorite Spider-Man villain ever (and to clarify, I'm a fan of Otto Octavius as Doc Ock, not of his time as the Superior Spider-Man). We're also getting I am disappointed that Doc Ock is the Build-A-Figure, but I'm not surprised about that selection since Hasbro did the same to the Disney+ wave Captain America and the 'Homecoming' wave Vulture.

Whatever happens, I hope we get a new comic-based Doctor Octopus figure with bendable wire tentacles sooner rather than later. I'm also curious to see what ends up happening with the next Retro Spider-Man wave rumored for the early 2021 wave and if the current leaked listings of Uncle Ben, Chameleon, Kraven, Jack O'Lantern, Carnage and F.F. Spider-Man turn out to be true or not.
Top

I will leave the MCU spoilery stuff in spoiler quotes, but the comic Eternals rumor seems fair game to discuss openly. A comic Eternals box set would be amazing to see. Ikaris, Sersi, and Gilgamesh (armored for me please) seem like givens. Who else would make sense to include? Thena and Makkari are probably the next two I'd be most interested in getting.

I'm never sure what deserves a spoiler tag. If it's a 5-pack I think you're spot on. Maybe a non or less articulated Sprite.
Top

If true, the Spidey wave sounds like an easy and welcome pass - was a bit worried they’d put a desirable BAF in there, but a solid movie wave suits me fine (and good news for fans of that end of the scale too).

The big news for me would be a comic Eternals box. That would be amazing. Ikaris and Sersi are obviously the essentials and a lock to appear, and if they’re hewing close to the movie, Ajak and Makkari are cool designs. But it would also be a great chance at a Starfox figure. And if they want to go really off piste and do Karkas, I’d be ecstatic.

For bonus points, they should do the packaging in the shape of the Uni-Mind.

If they're keeping comic Eternals still close to the movie theme there could be a Black Knight variant in there. Maybe without the the loincloth or for a deep cut, unarticulated exoskeleton suit. Jacket with lightsaber would be cool to go with Sersi.
Top

I'd argue Doc Ock being the BAF would be more egregious than the recent Cap BAF. Sam can and has fought without the wings, at least, whereas Doc Ock without tentacles is just a dude in a flasher raincoat.

An Eternals box set would be a good idea. The comic iterations are obscure enough that knocking them several of them out in one go like that would be clever, especially since they're a property that is most likely not getting any dedicated waves that aren't movie tie-ins (like the Guardians of the Galaxy).

The one bit of the rumor that gives me pause is Professor Hulk. A movie accurate version of the BAF has been hotly requested for a while, and given they went to the trouble of redoing characters like Captain America, Thor and War Machine in more movie-accurate costumes, making Hulk an SDCC exclusive would be kind of a shady move.
Top

If the Eternals comic set is true, where does that place the Excalibur/Defenders rumored sets? Maybe I’m getting ahead of myself, is the Gargoyle tease even a supposed Defenders set?
Top

Would be super stoked if the SDCC Boxset rumor is true. Not sure why it would need spoilers - it's a rumor and not a leak of a plot point to anything.

A comic based Eternals box set would be awesome for me. The costumes of some guys like Ikaris will make great looking action figures. Sersi and Gilgamesh are needed for my Avengers display.

Obviously I anticipate those 3 characters will be in the set. Who else should we anticipate? Thena? Makkari? Will they include a deviant or villain? Will they get cheeky and try to slide in Eternals from Titan like Starfox and Mentor?

Comic Book Kro could be in the rumored box set, as the villain they fight
Top

Didn't they specifically say they weren't planning on any comic eternals?

Not that it would matter, they can do whatever they want. But I vaguely remember them saying something along those lines.
Top

Any Eternals fans that are out there (yes, they've had/have fans) would want their looks from before. Serai and Thena's looks change the most. I could see these five in a set: 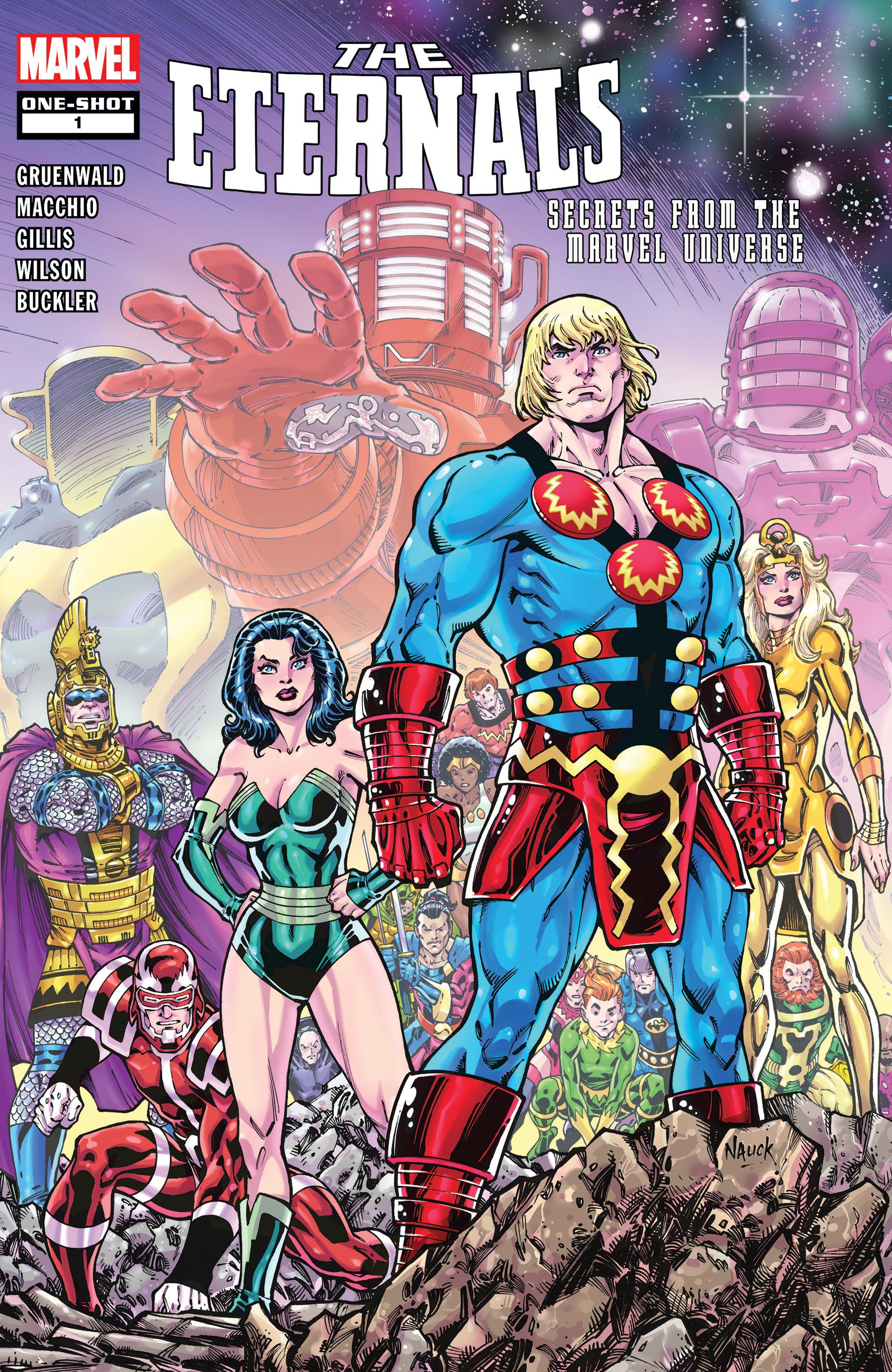 I'd say do a quick Google image search and the 1st image that shows a group of 5 or 6, that's probably what we'll get.