IT'S CLOBBERING TIME! Here is the unofficial Marvel toy board. C'mon in and talk ML, MU, Select, and all of the other Marvel toy lines.
Post Reply
4517 posts

I could see them doing something like with Infinity War (where they snuck Ant-Man and Wasp in the second wave), where there is one wave for GOTG3 that is four or five movie figures and a couple of comic figures, movie BAF, then a couple months later a full movie wave that is Reed, Sue, Johnny, a villain or two, and the rest of the wave is GOTG3 figures and Ben as the BAF.

I think antman and Wasp worked because it was only 2 of them, the antman solo wave didn't sell well, and they are also avengers.

There's certainly crossover characters for guardians and f4, like Ronan and Firelord, but we won't see mainstay F4 characters in a guardians wave, or guardians in a Fan 4 wave

e-rock wrote:Lately, we have seen 1 movie getting a full movie wave. So I would imagine that would apply in 2023 as well. I would imagine either FF or GotG3 will be that movie.

Id bet on GotG since there's so many members and im sure more new characters, I half expect Drax's story to be wrapped up by then bringing in Moondragon.

They love knocking that team out in one wave though

Haha, seriously. What is with the recent collector fixation on anniversaries? What evidence is there that anniversaries have played any role in Hasbro's figure selection? If Endgame had come out a year earlier, they still would have put out all the MCU10 figures, they just would have branded them differently.

People were wishlisting an Avengers Operation: Galactic Storm anniversary wave here the other day, even though that was a story (and video game) with no lasting impact on the books, pop culture, or the fans. And most of the figures people mentioned weren't even in the costumes they were wearing in that story! Should they give us figures of Crystal, Sersi, and Gilgamesh? Absolutely! But why saddle them with that branding? To justify having them all in one wave? They're Avengers – that's justification enough. Put them in an Avengers wave.

IMO trying to predict releases from anniversaries is the tail wagging the dog. Every year is the nth anniversary of some comic or movie's release, so if Hasbro thinks they can goose sales by 0.3% by slapping some anniversary branding on a figure, they've got no shortage of choices.

Ugh, I just took paragraphs to restate what Discogod said in one sentence. Here's hoping the 25th anniversary of Teen Tony gets us the Superior Iron Man armor, I guess.
Top

I happened to enjoy the XMen films. And they were successful as hell. They wouldn't keep making them if they weren't. But the biggest reason people wanted them back in house is so we could get our crossovers and shared universe. Seeing the XMen in Endgame or Infinty War would've blown my ****in mind.

And the Wolverine wasn't the bad one of his 3 solo outings. Origins Wolverine was. As a movie, it wasn't...awful. As a Wolverine Origin movie, it was bad. They basically gutted and changed most of his history. Luckily, the Origins Wolverine *game* was much better, and fixed most of the story problems. But I don't think it was considered canon even though all it did was add to certain events and change a slight bit on the story front. That is my least fave of the entire set. Which sucks because I love Wolverine, and was hoping they'd knock it out of the park. Then with The Wolverine, you have to watch the R rated extended cut. The PG13 version is too watered down. The R rated version is much better and adds a bit to the story as well that fleshes it out and makes it more solid. The only gripe I have with that one is the way they did Viper. Otherwise I thought it was done rather well. A giant leap up from Origins.

I also liked the F4 movies back in the day. The 2 with Evans. Not that Abomination from a few years ago. But I agree that the way they're doing the films now, they would be done much better. And they were a bit on the silly side. But also not terrible.

Haha, seriously. What is with the recent collector fixation on anniversaries? What evidence is there that anniversaries have played any role in Hasbro's figure selection? [ /quote]

I mean to be fair, while there's obviously no random rulebook on this. And its all arbitrary speculation, just as any speculation because all the Hasbro team does with pretty much any figure is play a game of "where do we put this figure?, and whats a prime opportunity to do it?"

They've been wanting to make a Hugh Jackman Wolverine... saw the 20 year anniversary of X-men (2000) was happening.. boom " let's devote some figures for it and throw in some comic ones for the other half"

We want to do a comic thanos, oh look its also the infinity gauntlet's anniversary... "boom, let's do it"

We want to do a fantastic four retro wave, they usually come out in the fall, oh look, August 8, 1961 was the released date, and Nov 1961 was the publishing date, the window this wave will hit perfect timing for their 60th anniversary. "Boom perfect timing"

So there absolutely is grounds for the anniversary discussions, but just because something is getting an anniversary, doesn't mean it will be celebrated in figure form.

Though I think most of us will be shocked if next years isn't the Sony Spidey-Verse (specifically Raimi verse) for their 20th, coupled with comic spidey figs considering it's his 60th as well via Amazing Fantasy

I also fully expect a repainted Retro Spidey in black and Red with pit webbing for it at the very least.

Im just annoyed Wolverine got an Amazon box set while cap really deserved an Invaders set for his 80th.

Would of been really great

As the person who looked up a ton of anniversaries yesterday, I don’t think Hasbro pays close attention for random figures/waves. It may be something they glance at and try to hit, but I don’t think it’s steering the general waves.

I do think it plays into the August product pushes. 10 Years, 80th Anniversary, and FoX-Men were all driven by anniversaries. So looking at what could be memorialized does has some relevance.
Top

I think the August line, while it may have some comic based sets potentially....80th and X-Men both did, I see it being MCU/movie focused. So I am thinking either something MCU and more Infinity Saga or some type of Spider-Man line with comic and movie figures seems the most likely options. Though one wonders if NWH kind of renders the need for a full Raimi anniversary line moot. But we shall see
Top


My guess is Daredevil will be the first figure on the Bucky Cap replacement buck.
Top


My guess is Daredevil will be the first figure on the Bucky Cap replacement buck.

Hope so, it 'd be great.
I have most of all the DDs but no one of them satisfy me in term of articulations
Top

I didn't know people hated the Fantastic Four that much. I only said that they should get a BAF wave and the exclusive retro wave. If they just get a retro wave, that means we're getting one new Fantastic Four character, Psycho Man. The High Evolutionary could fit an Avengers wave like Kang the Conqueror did. Getting one new characters for their 60th anniversary when Marvel is making a campaign for it is a missed opportunity. The retro carded figures are probably going to be Target exclusives like the Rogue and Gambit figures. Having a normal wave will at least guarantee an extra figure (the BAF). 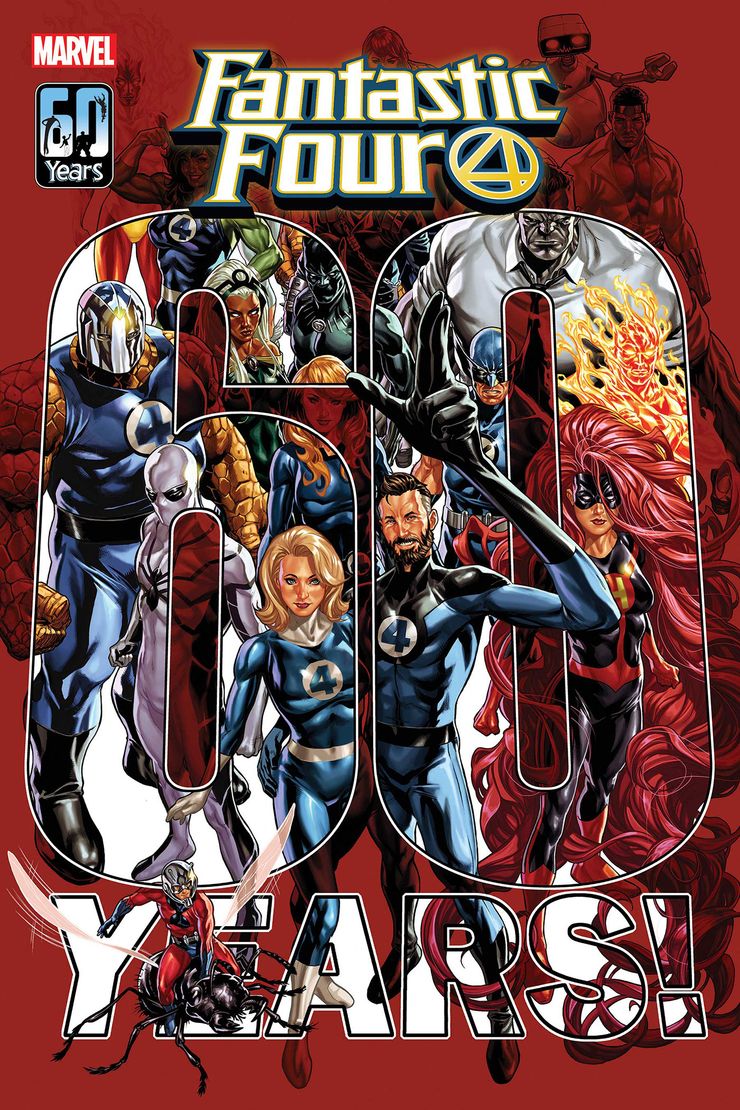 "Hasbro not doing more FF is an insult."

I know, right? The reasons: they're lame, they have no real fans, and have no Disney + shows yet because The Incredibles and Rick & Morty used their stories.
Top

Bleuboia wrote: ↑
Tue Jun 15, 2021 4:51 pm
I didn't know people hated the Fantastic Four that much. I only said that they should get a BAF wave and the exclusive retro wave. If they just get a retro wave, that means we're getting one new Fantastic Four character, Psycho Man. The High Evolutionary could fit an Avengers wave like Kang the Conqueror did. Getting one new characters for their 60th anniversary when Marvel is making a campaign for it is a missed opportunity. The retro carded figures are probably going to be Target exclusives like the Rogue and Gambit figures. Having a normal wave will at least guarantee an extra figure (the BAF).

i mean people REALLY hated the Josh Trank Fan4stic and retail wasn't fond of the Rise of the Silver Surfer toys pegwarming, but i don't think (outside of Trank's F4) anyone "HATES" the IP. especially not in here.

I'm not understanding where you're getting your logic, it's a 6 figure wave, the 4 in fan demanded looks, and we're getting 2 New F4 characters in the six retro figure set, Psycho Man and High Evolutionary. Just because HE could fit somewhere else, doesn't mean he's still not a new character lol, Neither have been made before in Legends.

I also wouldn't put it past hasbro to do some fan channel releases or store exclusives as well, because they did it with both the X-men, Spider-Man and Marvel Superheroes card backs too. (Grey Beast, Storm, Rogue, Gambit, J Jonah Jameson, Black Cat, Kingpin, Cyborg Spider-Man, Negative Zone Spider-Man, Web Man, 2099, Grey Hulk) we already got Doctor Doom this way last year too. But the 6 figure wave is 100% NOT a store exclusive. It's a wide release just like the Marvel Superheroes/X-men/and Spider-man main retro waves were.
Top

I know, right? The reasons: they're lame, they have no real fans, and have no Disney + shows yet because The Incredibles and Rick & Morty used their stories.