IT'S CLOBBERING TIME! Here is the unofficial Marvel toy board. C'mon in and talk ML, MU, Select, and all of the other Marvel toy lines.
Post Reply
4932 posts

very badass figure it would be

Adam Warlock already got a couple action figures, so it seems like he would not fit the clues.

the all white clothes or thatarmor with big shoulder stuff?
Top

I think for it to be the Beyonder, they'd have to include some kind of crazy accessory(s) for it to appeal to the average person.
Top

Most fans of the comics are probably familiar with Secret Wars. In fact, there are probably a lot of collectors that got into Marvel action figures when the original event debuted. With that in mind, I don't think a hypothetical Beyonder figure would need to come with anything special to make it sell.
Top

A lot of my marvel knowledge is basically curiosity,i watch a lot of comic book videos and go to wiki to see random characters
Top

We are not making those characters. We've made a lot of Thors, more MCU are possible.
Top

VWBeetle wrote: ↑
Sat Aug 13, 2022 1:44 am
Most fans of the comics are probably familiar with Secret Wars. In fact, there are probably a lot of collectors that got into Marvel action figures when the original event debuted. With that in mind, I don't think a hypothetical Beyonder figure would need to come with anything special to make it sell.

I think the number of collectors who got into Marvel toys in 1984 is relatively few.
Top 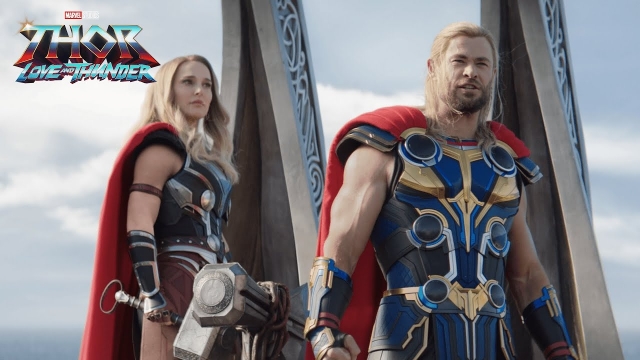 Wonder what deleted scene that screenshot is from!

That, and the debut shot of them in green forest were not in the film. Hmmm...
Top

Would Thane be a desired figure?He is the son of Thanos after all

Beyonder would be for collectors in general,he is a very important character
Top

badguy543 wrote: ↑
Fri Aug 12, 2022 2:29 pm
MSWORD, whats the deal with a Marvel Select ROM The Spaceknight? Does anyone at Diamond have interest in or champion ROM?

I do not know anyone at DST who is a champion of Rom, or at least no one who will admit it.

We never made a Minimate, he's not owned by Marvel, he seems to be owned by Hasbro? Not sure if Hasbro is doing anything with it. We work with Hasbro on GI Joe and Transformers, but I'm not sure we're interested in anything like that. Maybe someday, we'll see. He's not the alien.

We DID however make a Champion Minimate:

I figured as much but at this point anything with ROM at or around 1/10 or 1/12 is a long shot so I have nothing to lose by asking. Thanks for the info.
Top

badguy543 wrote: ↑
Fri Aug 12, 2022 2:29 pm
MSWORD, whats the deal with a Marvel Select ROM The Spaceknight? Does anyone at Diamond have interest in or champion ROM?

I'd imagine this is pretty much impossible. Marvel hasn't had the rights to use ROM in ages and another toy company owns the IP. Even if DST did acquire the rights to make ROM figures, they wouldn't be a part of the Marvel Select line.

Very possible, painfully so, but probably not likely. From what I can tell Hasbro owns all things ROM. Hasbro makes Marvel Legends but in order to get him in something Marvel Legend related Marvel would have to want him included and someone from Hasbro would have to license it for use in the line. But they would only go through all that trouble for something popular or if there was someone in contact with both companies that could push for the characters inclusion somewhere. The issue with that is no one cares except Me, Dan Larson, the handful of people I met at Power-con and the True Believers that vote in the top 10 each year. Hasbro could literally make a ROM figure by itself just like Parker Brothers did and sell it, but we know toys don't get made or green lit like that today. It has to have a media push behind it or be part of something established as evergreen. At this point I don't even care if its an unlicenced 3rd party figure or if someone had the balls to just make a kickstarter and crowd fund something I just want him in scale and done well.
Top

Hasbro actually made a 3 3/4" ROM in a 2017 exclusive set along with some other vintage properties. I've been trying to track one down for a decent price for a while now, but he goes for quite a bit.

ROM figures defintitely seem to be possible, but it's a super niche character with no recent media to push it unfortuantely. I would certainly buy a Select or legends ROM in a heartbeat!
Top
Post Reply
4932 posts