Battling against yellowing on figures

Ask your How to Questions here. Wanna know what paints to use? Wanna know what's better: Super Sculpey or Apoxie? Wanna know about Super Glue vs Elmers? Have a WIP that you are working on? Then post here.
Post Reply
3 posts • Page 1 of 1

Battling against yellowing on figures

Well, I open this post to share ideas to prevent, but above all to repair, if such a thing is possible, the terrible and dreaded yellowing :no:

You will say, well, that's a vintage collectors thing.... no! all hard plastic, and sometimes even rubber, can yellow. And it doesn't take hundreds of years, nor very high temperatures to make even non-white things yellow and your collection looks like it was seen through sunglasses from the 70's

From the data I have been able to collect and verify;

Direct sunlight is not necessary for yellowing, objects that are always in the dark also yellow.

Temperature is what causes such yellowing, be it from stove or solar heat. One would think that GI Joes bought in Scotland would hardly have spent a lot of heat, but they look yellowed too.

Moisture is a more than likely and possible factor, and even maybe, an absolute must.

There are only 5 methods that I know, have really been invented to solve it;

The obvious one, repainting. Tedious and with an undesirable effect.

Peroxide or hydrogen peroxide; many people use it, but it is usually not 100% effective, affects the plastic, usually erases the paint, and also, with great certainty, the yellowing returns always, even if it is ideally preserved.

The acetone; slow, and quite savage (because it is simply to dissolve the first layer of plastic, because the yellowing is almost always only superficial.), besides little effective; because apparently, quickly also the yellowing returns.

Bleach; some peoples whitens fridges and washing machines with bleach. I just tried it once, and it corroded all the metal screws ,leaving a mess behind and the plastic still yellow, so unsure how they did it if indeed it works.

Sunlight. Yes, it seems absurd, but sunlight reduces it. See this Power Rangers; 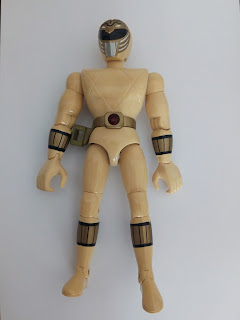 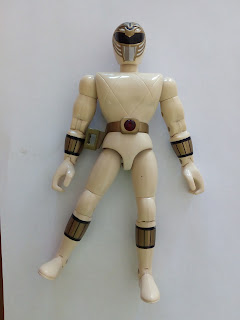 I left it in the brutal Maltese sun for a few days, and it improved a lot. The bad thing...it's not total, and it turns yellow again in a very short time.

As far as I know, prevention is pretty easy; 27ºc maximum, and about 65% maximum humidity. This may be easy for some, tremendously difficult for others, depending (for me it will cost me a tremendous expense, but I'm about to take that step next year). In addition to this, simply avoid storing them in contact with cardboard or packing paper, as the acids in it could yellow them.

And well, I have had yellowing of everything, both produced 50 years ago, as well as 5 years ago, both rubber and plastic (although the more rubbery rubber is almost absolutely impervious).

And even if you keep it, it would be very interesting how to solve the case, because there are vintage collector's items, whose value can rise almost 100 times, from very yellowed to absolutely white.

. Any suggestion or idea or brainstorming will be useful to the cause!
Top

Re: Battling against yellowing on figures

I'm not sure if this is what you meant but there's also the "Retr0brite" combination of a peroxide bath with UV lights and other components. https://en.wikipedia.org/wiki/Retr0bright

I'm also not sure if this would help with restored yellowed plastic but most clear coats also contain UV protection so it should help from yellowing again. But since many figures have different types of plastic the clear coat would also have to be compatible.
Top

Re: Battling against yellowing on figures

Thanks for the link, very interesting ;) . I didn't know the bit about the "oxy", the laundry booster.

Sadly, the general idea keeps being the same, and reyellows again with ease. I might poke with large amounts of laundry booster, see if that might make a difference.
Top
Post Reply
3 posts • Page 1 of 1