Ask your How to Questions here. Wanna know what paints to use? Wanna know what's better: Super Sculpey or Apoxie? Wanna know about Super Glue vs Elmers? Have a WIP that you are working on? Then post here.
Post Reply
2 posts • Page 1 of 1

I can't believe this piece is over 15 years old, but I'm looking for the plastic sweater overlay that was released on two exclusive Buffy figures.

It was first released as part of Primeval Buffy and then again as Buffy vs Dracula Buffy in the Summers Family Album three-pack. 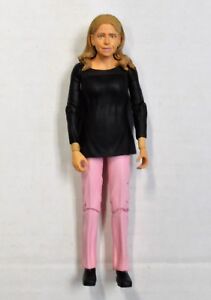 I'm looking for just the sweater overlay in case anyone still has one in a bin. These two figures are, unfortunately, not cheap, although the image in the pink pants above is from an auction I won on eBay last year, that I used on another custom. Thanks, Google!

And thanks to anyone who can help, or recommend something similar!

Sorry i cannot help you with that especific thing but i am wondering...how do these buffy figures scale with current lines, more specifically NECA?